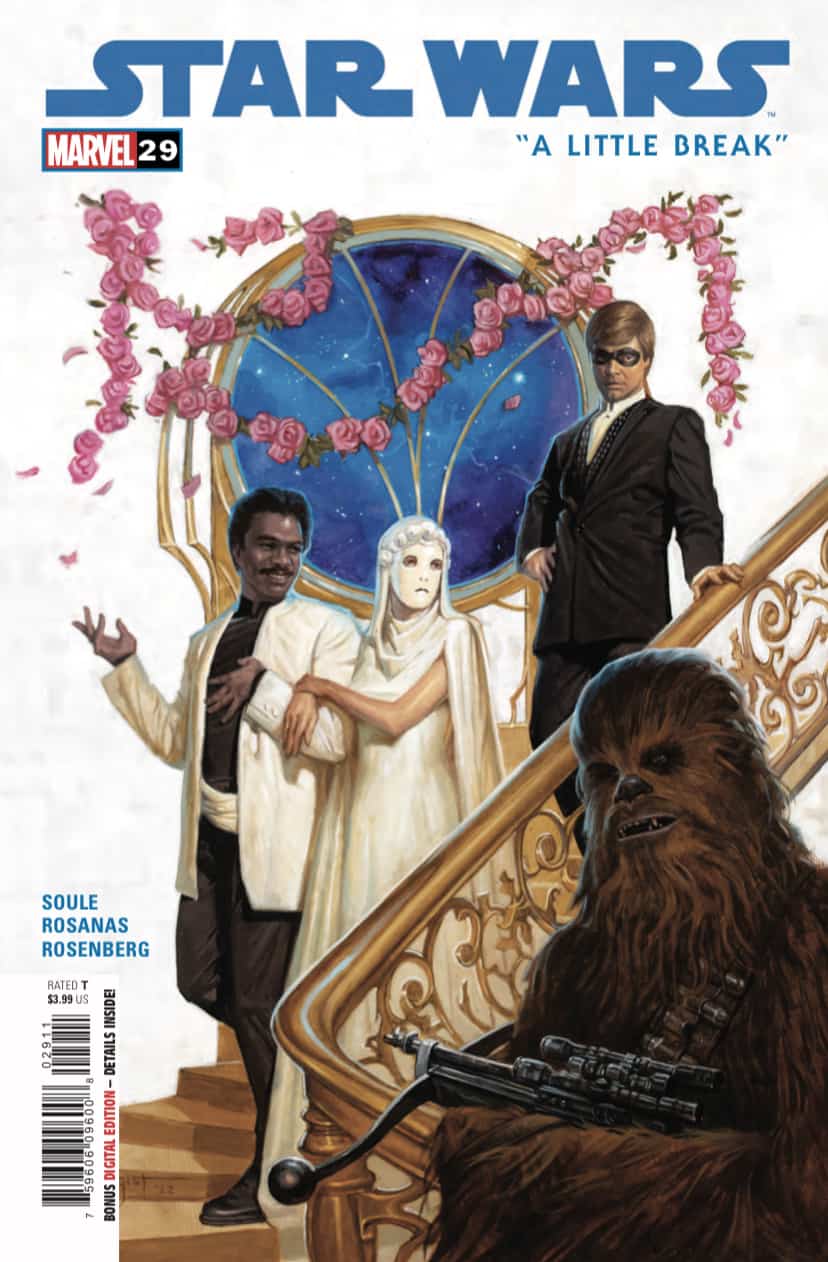 Having wrapped up their former mission, and before the next one can begin, Leia and her crew need to get away from it all. Luke, Leia, Lando, Lobot, and Chewbacca are all ready for a break from the Rebellion and its hardships. However their Host, Amilyn Holdo, has ulterior motive to visit this specific location at this specific time.

Leia and her crew have been fighting for months and months since Han was frozen and taken away by Boba Fett. After long battles and constant upheaval, the crew gets to take a vacation. That’s really just a fancy way of saying, a new story arc begins and it needs a good starting off point. As is always the goal of this series is to tie together many stories from all over Star Wars canon. This issue takes that to the extreme by including a sequel trilogy character, Holdo, as well as referencing the Nihil from “The High Republic.” Holdo was originally introduced a character in The Last Jedinear the end of current canon. The Nihil existed near the very beginning of canon, with the “High Republic” taking place hundreds of years prior to the films. Holdo certainly has a long history herself, showing up chronologically as a teenage contemporary of Leia’s in the novel, “Leia: Princess of Alderaan.” The two end up having a friendship lasting many decades. She is an important fixture in Leia’s life, and this issue only further bolsters that concept. The Nihil have also been very important in not only their own era, but in that of the films too. In this issue as well as in “Doctor Aphra” Nihil artifacts are well sought after because their technology has some very unique effects that have been lost to time. It is important to note that this issue also involves all the main characters, except the droids and Han. That doesn’t always happen in this series, which is often fond of throwing them into very different directions from one another. The sense of family together on vacation is in itself classic Star Wars to the spirit of the films and the original Marvel “Star Wars” series, which often followed a similar formula of separating them for some story arcs and coming back together for others. 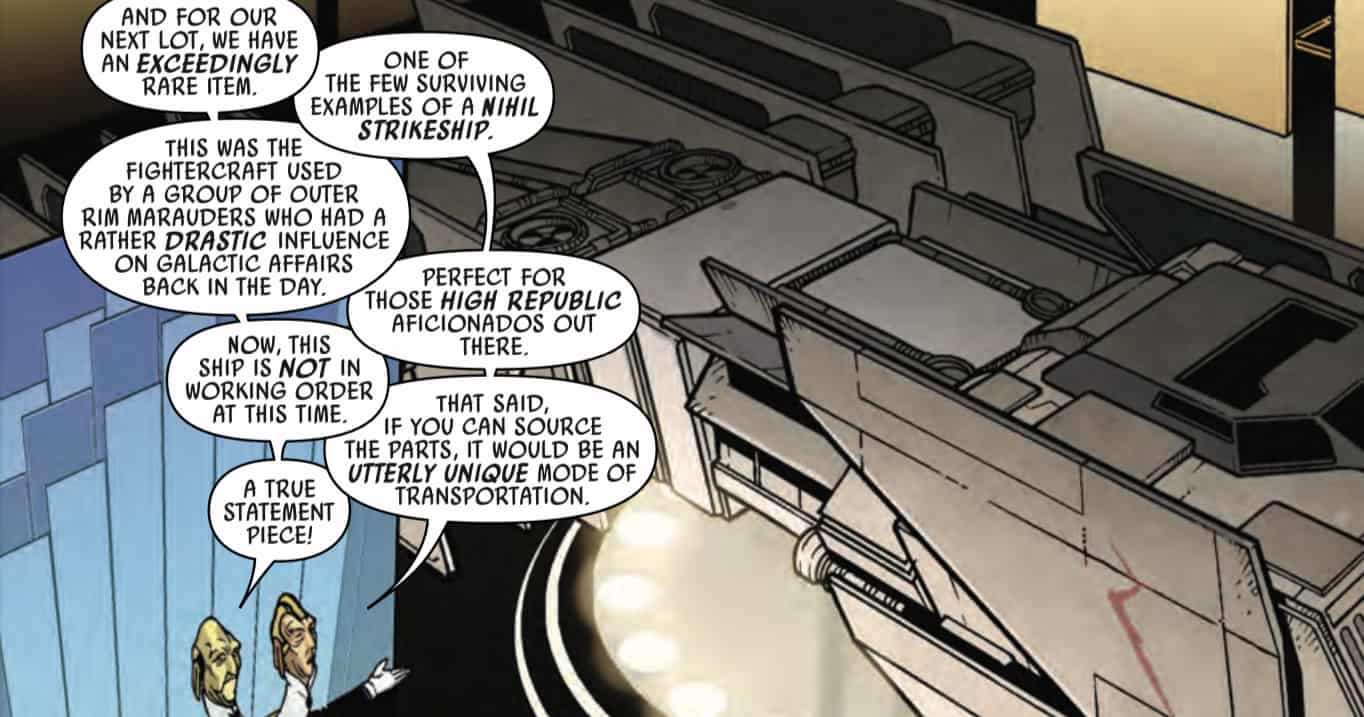 This issue allows itself top have a lot of fun. It is clear the writer and artists were almost on a carefree vacation of there own. A little poolside fun, which actually seems very different that what fans come to expect, and some tongue in cheek humor is a well needed reprieve to all the drama the series often has. Everyone get a chance to shine. Lando gets to bring his pal Lobot along. Chewie get to take a break from planning his attack on Jabba’s Palace. Leia gets to adventure along side an old friend, and Luke gets some moments for himself to provide a little more evidence that he is getting very close to completing his training. In fact he very much cuts a silhouette to the black robed knight he is becoming. It isn’t all fun and games though. Holdo uses the trip as an excuse to get pieces of a plan she has been working on in place to benefit the Alliance revolving around Nihil tech. As relaxing as this issue was, it is still and introduction to a new story arc. This issue appropriately throws the heroes a curveball in the end which is very intriguing and invites readers to check out the next issue. 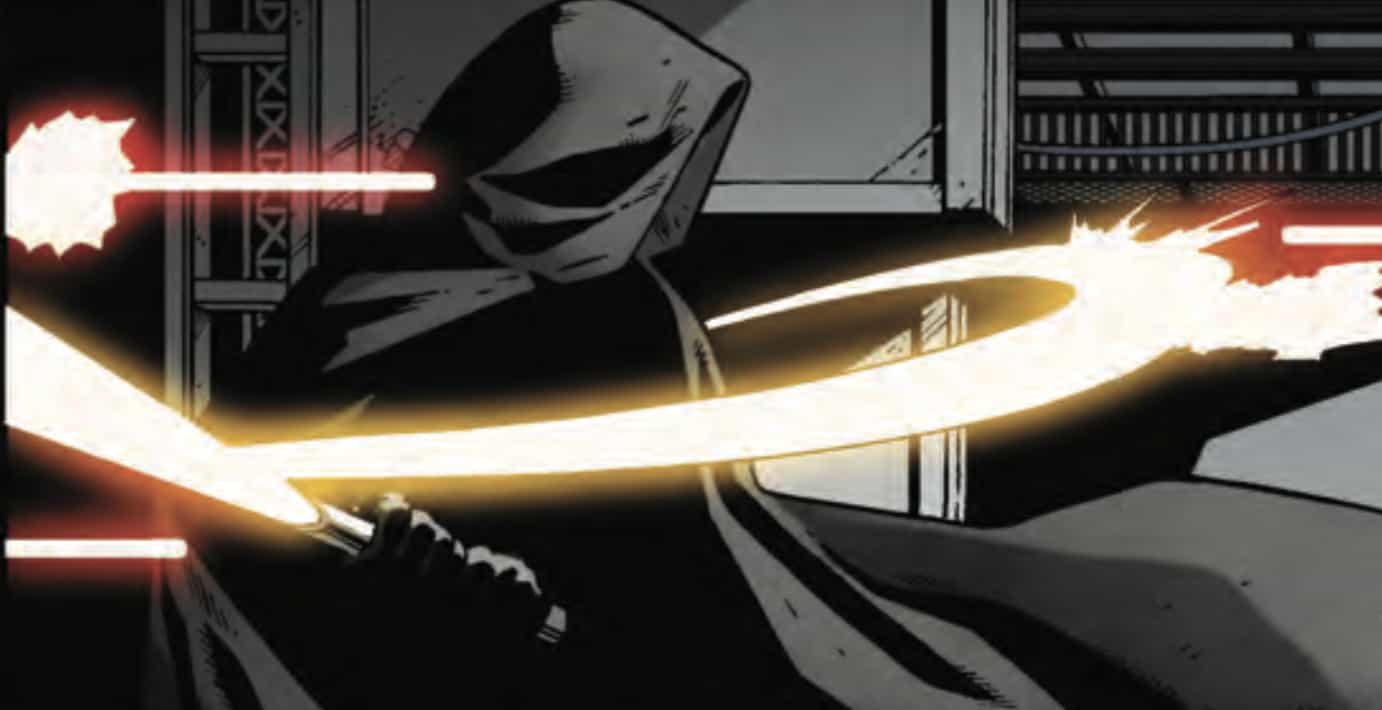 This issue has no overriding color scheme which is usually present in not only this, but other “Star Wars” titles. The color is bright where it needs to be, and dark when appropriate. The art is similarly complex when it needs to be, or almost simple as was that case with Leia and the gang hanging out by the pool. Its hard to say how much this arc will impact the overall saga because of the mysterious nature of the ending. It could lead right up to the events of Return of the Jedi, or it could be just a side story with no real impact. Either way, this issue was an impressive diving board to spring from. This series has never really needed to have the human characters be essentially caricatures of the actors that portray them, and this issue is no different. Holdo does not look like Laura Dern, just as Leia doesn’t favor Carrie Fisher. Luke and Lando are much more recognizable and Chewbacca is unmistakable. That being said, when Luke goes into full Jedi mode, it is familiar and feels right. 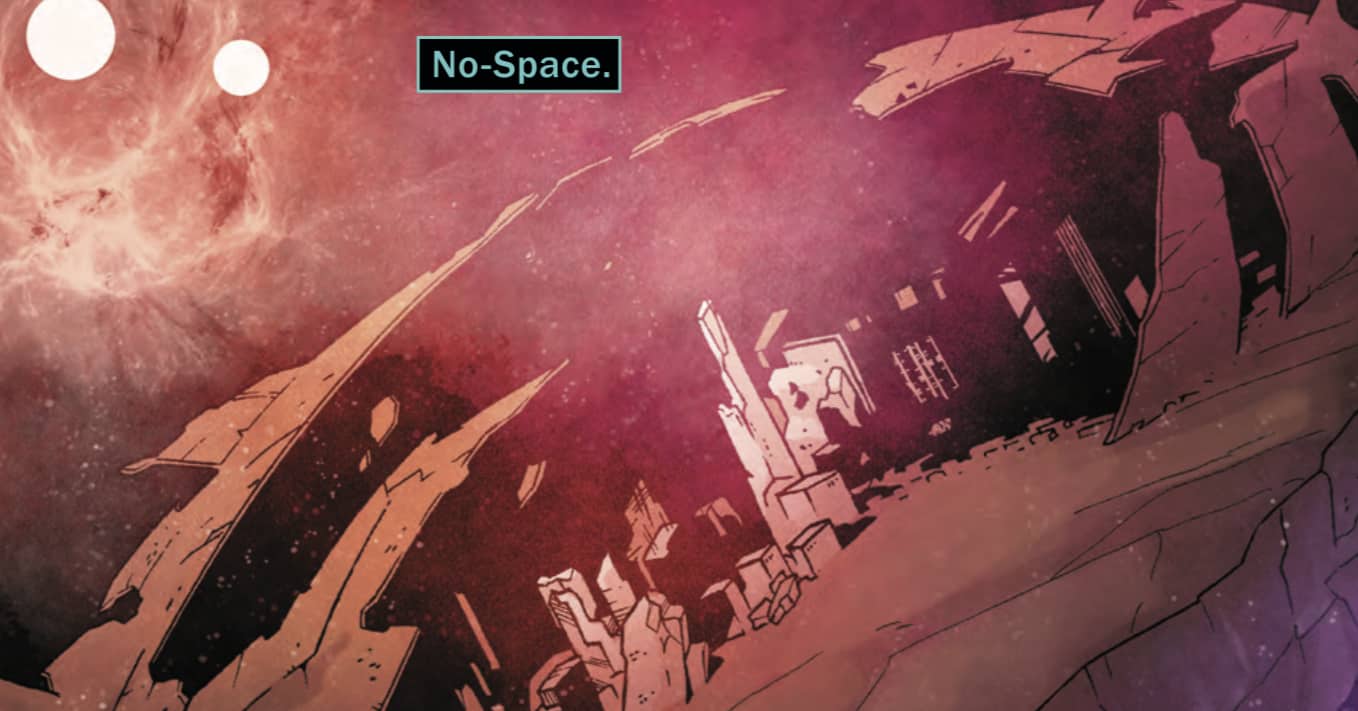 The Star Warriors find themselves is a very unusual situation. If they are to formulate plans to rescue Han, investigate the Second Death Star, and take on Crimson Dawn they will need to find a way back first.