Star Wars Adventures – Ghosts of Vader’s Castle #4: The Force is But Child’s Play 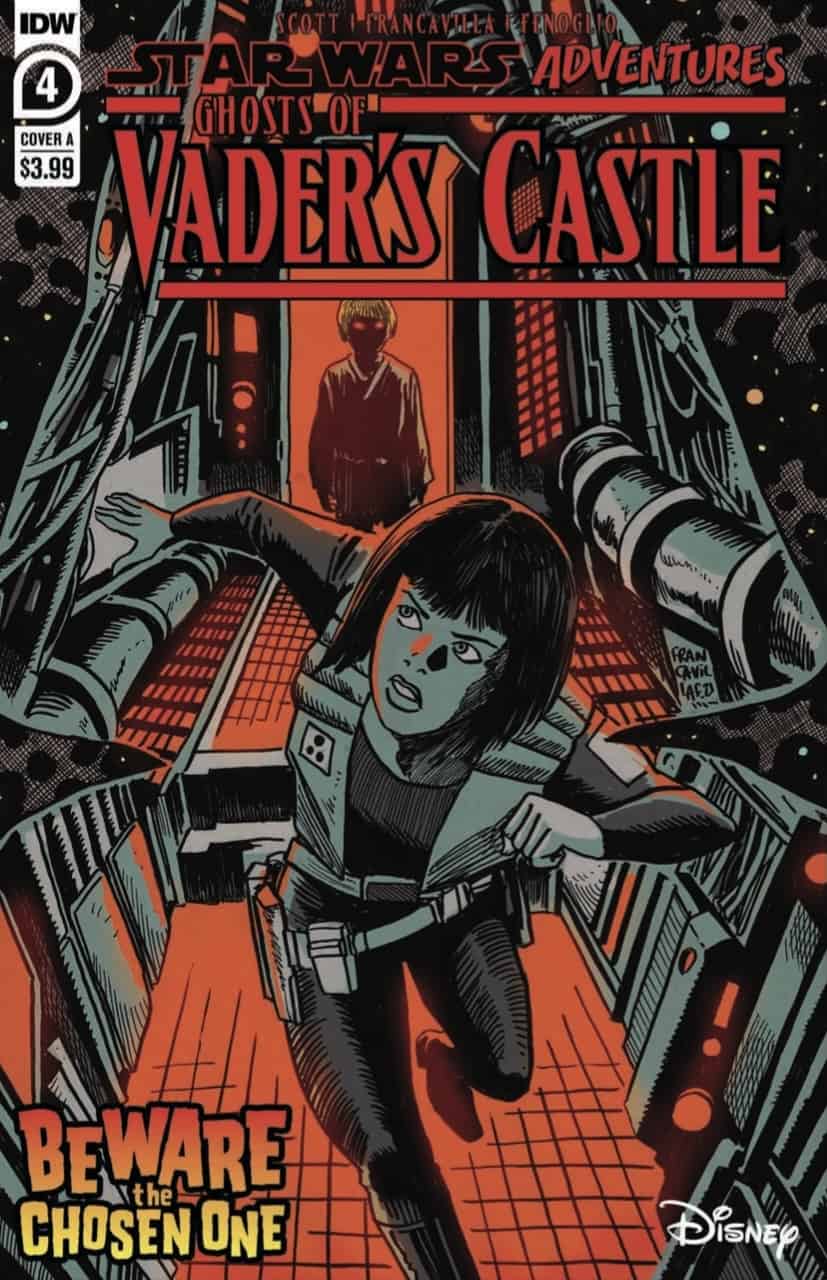 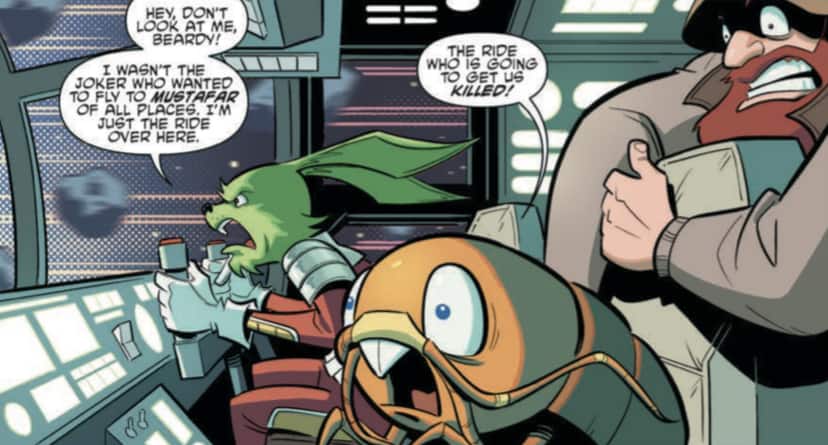 Lina Graf has chosen an unlikely crew to help her rescue her brother Milo from Vader’s fortress on Mustafa. Each has had a nightmare that have been eerily connected to their mission. It’s Lina’s turn to dream.

In the fourth issue of the “Ghosts of Vader’s Castle” series, it would seem Lina is ready to head to Mustafar. On the way the crew dodges fire from enemy ships. In the middle of it, Lina finds herself suddenly in a dream. She is confronted with an evil spirit of the boy Anakin Skywalker. Each chapter of this series has spoofed some sort of horror film, and this one seems to tap into films like Child’s Play, or The Omen. Anakin harasses Lina, who becomes a child version of herself. As the torment continues, Anakin appears as hisRevenge of the Sith form to ultimately become Vader proper. This is interesting because this series began with Vanee trying to resurrect Vader’s spirit to use it against Lina and the crew she has chosen. It would seem that the nightmares they are having are a direct result as the ghost of Vader is returned. 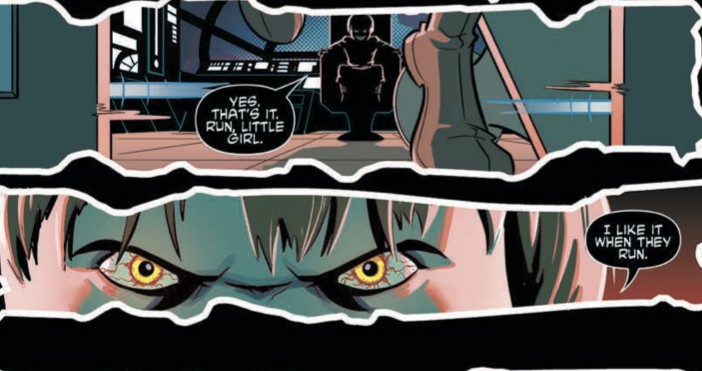 The team is the central part in this series. Most of them were present in a team that infiltrated Vader’s stronghold before in the second “Vader’s Castle” series. Each one has been haunted by their time there not only in spirit, but in reality too. Each one is reluctant to return. Each one has been marked by Vanee for vengeance, but they still press on. They must save Milo. “Star Wars Adventures” has never been known for being brutal or gritty of controversial in any way. They are just fun and they are always full of heart. This whole story is a perfect example of that. Cavan Scott continues using these lovable kids from his “Adventures in Wild Space” junior novels, and it is clear to any fan of the plucky duo that Milo deserves saving. It’s hard not to cheer for the reluctant heroes who will attempt to do just that despite their fear. 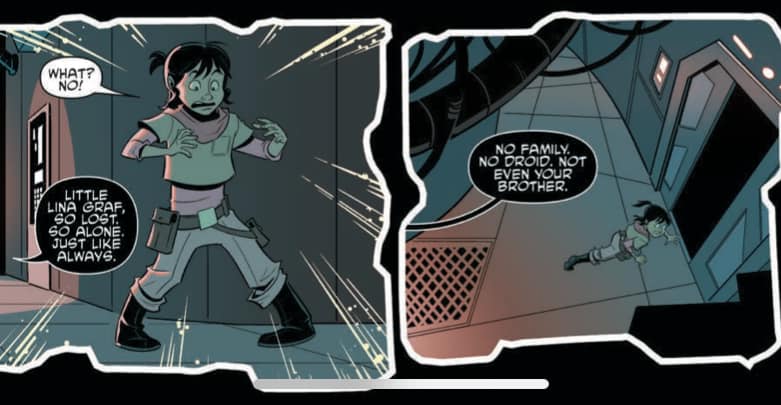 The usage of Lina and Milo as children in Lina’s dream brings Scott’s saga of the Graf kids full circle as audiences get to see them one more time as their original incarnation, although briefly. As good as it is to see the pair in their younger forms, it is not used to delight Lina, it is used to make her feel helpless. This is coupled with being disturbed at seeing the evil version of kid Anakin. When she does catch up to kid Milo, it is clear that something is wrong with him. He’s gotten darker. This serves to not only affirm Lina’s worries about him, but it gives the audience a clue as to what’s happening to him. He might be part of a ritual to resurrect the Dark Lord Darth Vader himself. 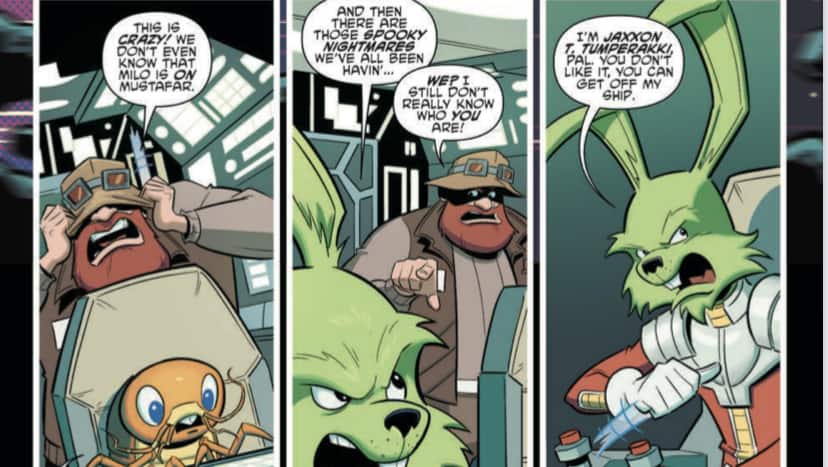 Lina and crew have made it to Mustafar for the final showdown. With only one issue left to go, things are bound to get a lot scarier before its all over. Will Lina be able to save her brother in time?

Star Wars Adventures – Ghosts of Vader’s Castle #4: The Force is But Child’s Play