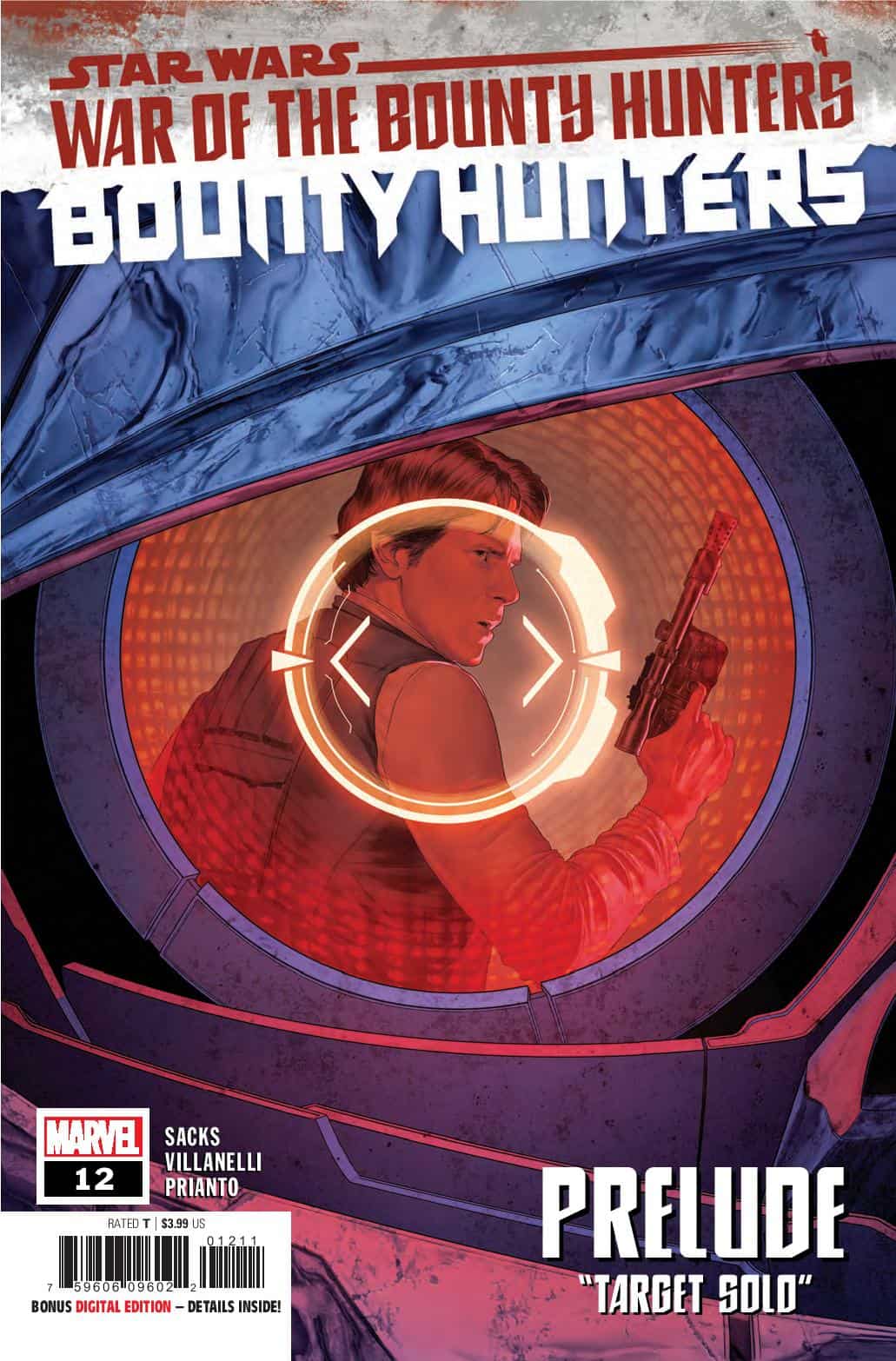 Han Solo has been frozen in carbonite and taken aboard Boba Fett's Slave-1 to be delivered to Jabba the Hutt. A funny thing happened on the way to Tattoine.....

It’s always special when there’s a big Earth-shattering crossover that brings all of your favorite heroes or villains (or both) together to fight against a common enemy, but when it’s a big crossover in the Star Wars universe, it’s even more special than normal because it doesn’t happen all too often. So when it does, it’s definitely something that you want to read. Author Ethan Sacks picks some great characters to “play with” in this prelude to this summer’s “War of the Bounty Hunters” storyline. This chapter focuses on the relationship between Valance and Han Solo. Once brothers in arms, now frenemies. Sacks also include a handful of bounty hunters that are definite fan-favorites and creates a story that includes them organically; there’s no “thrown together” in this book, it’s all been hyper-planned and plotted to perfection. This book is partially told through some flashbacks, and Sacks uses them perfectly here. They add value to the story going on in the present, never overpowers it, or takes your focus off the main story. And of course, what would it be without a little bit of fan service? Yes, you’re gonna get some pretty cool Star Wars cameos, I promise you that. 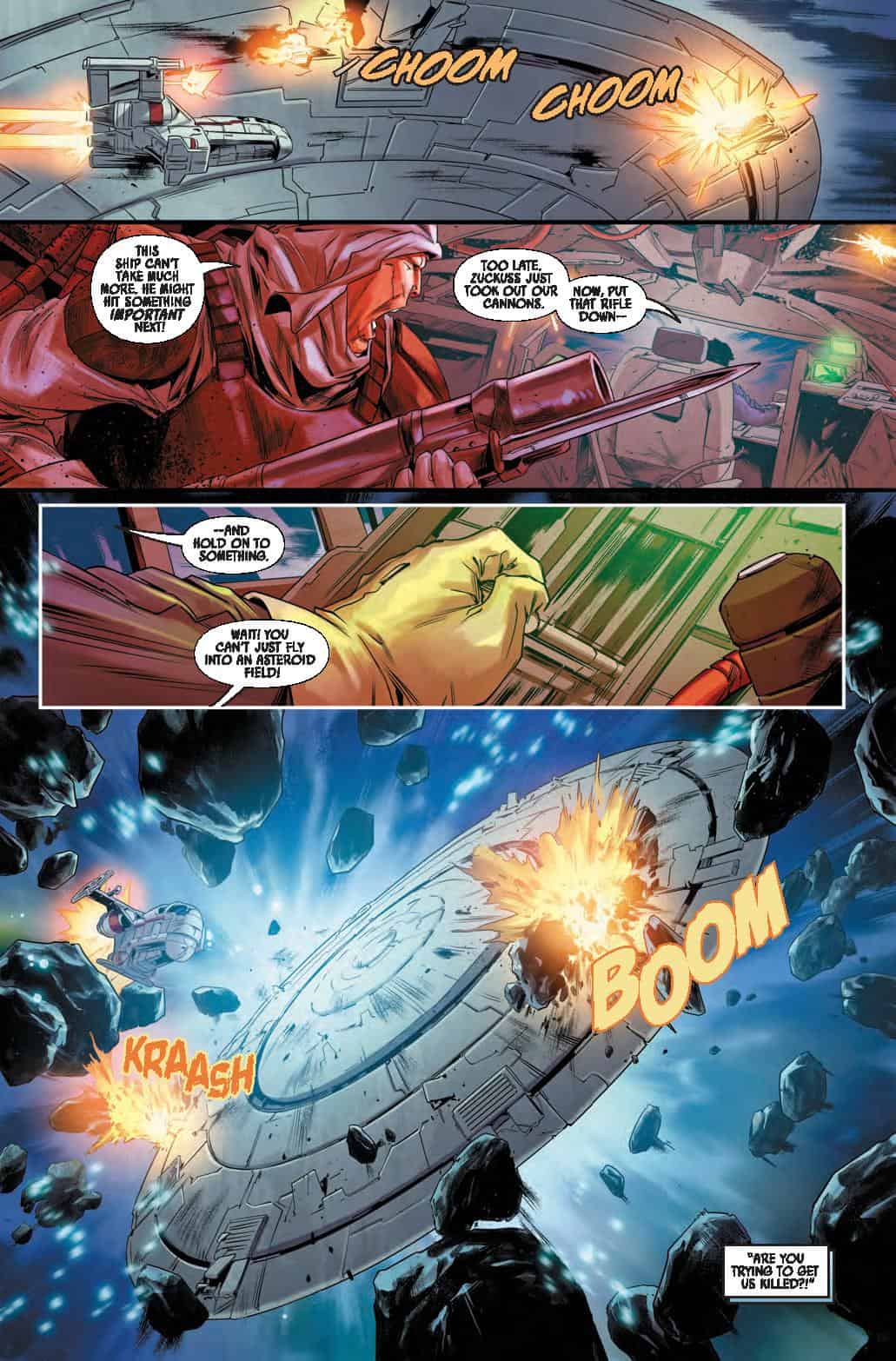 Paolo Villanelli has been on this book since the beginning, and it’s easy to see why, He’s got a very special talent for drawing the Star Wars universe and its creatures, and that’s saying a lot because there’s not a lot of people that have that talent, Beyond that, Villanelli just has an excellent grasp on comic book art. He knows how to layout a page, knows just what a panel needs and what it doesn’t need and he is fantastic at portraying fast-paced action, which is a staple in the Star Wars universe. He will get you really excited for the “War of the Bounty Hunters” to begin!

An enamoring issue that will get you mega-excited for "War of the Bounty Hunters!"