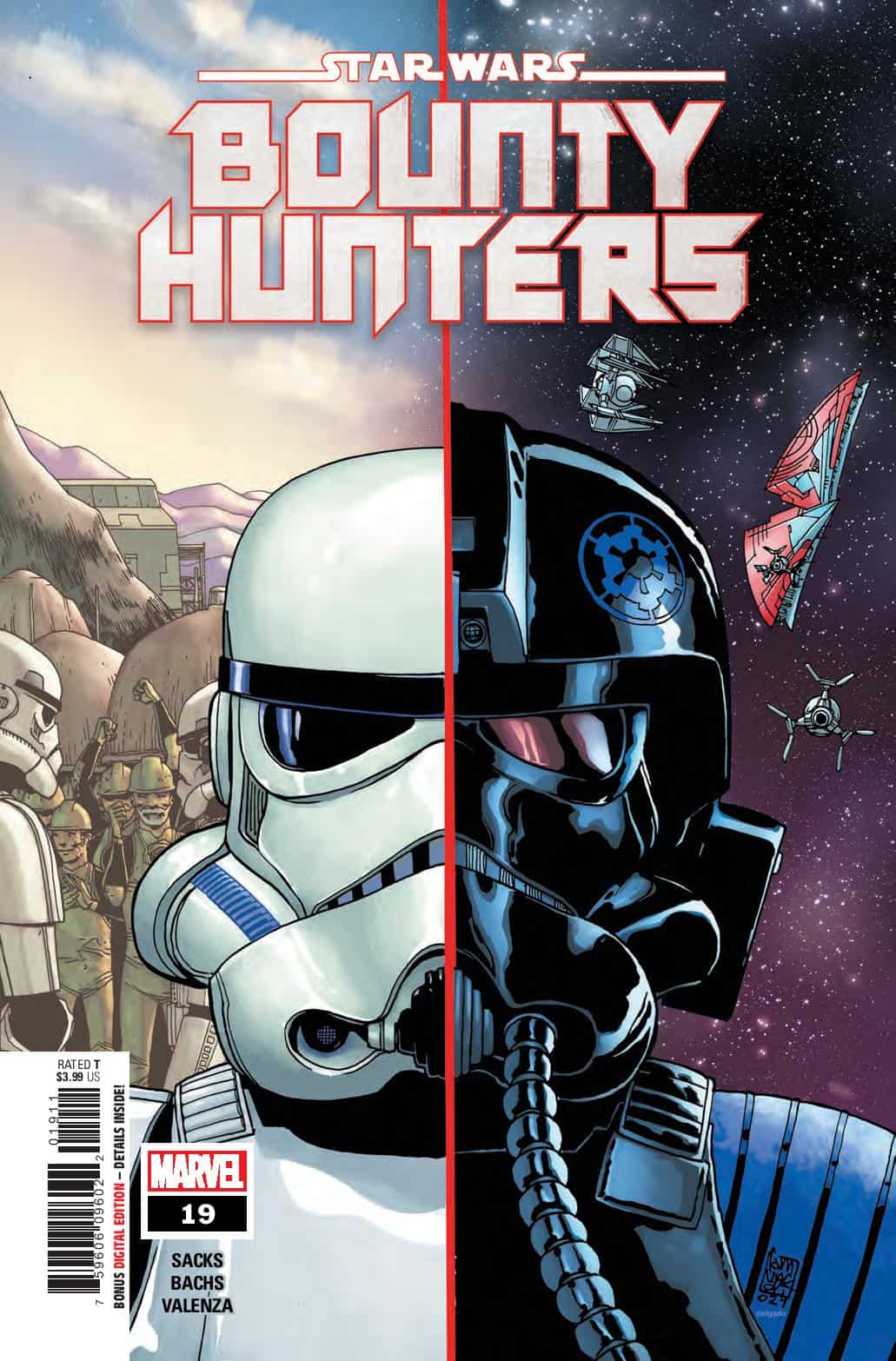 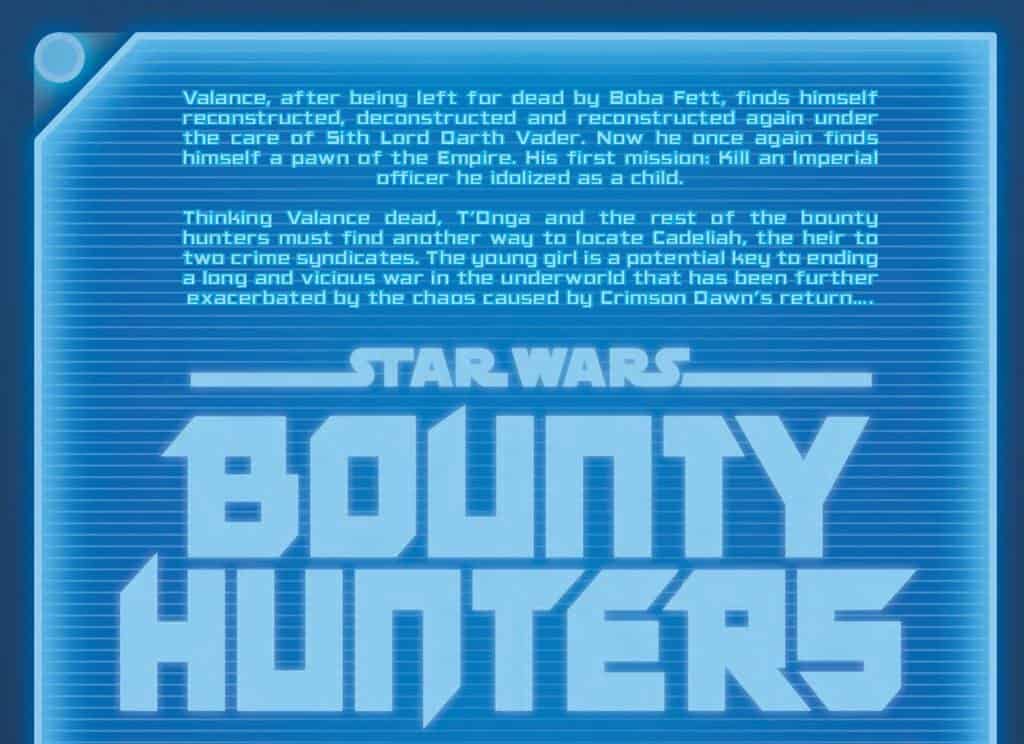 This issue is a classic example of why you should buy this book, and it’s also an example of the book that’s based on a mega-film franchise that can still tell a good story within the timeframe of the films without causing major continuity problems. Series writer Ethan Sacks makes it look very easy, too. This story isn’t part of a series-long storyline that weaves in and out of moments of the films. It’s not an overcomplicated tale of what makes one character say one particular line in the film. No Sacks is too good of a writer for that. He takes some characters rich in…character and puts them into really interesting stories set in the Star Wars universe. Last issue, we learned of an event that was critical in shaping Valance into who he is today. This issue, we go to the other end of that event and see how it ends, It’s a great tale, and I hope that we get to see more of Valance’s past in upcoming issues. He certainly has a rich history and it would be a shame if it wasn’t explored more, 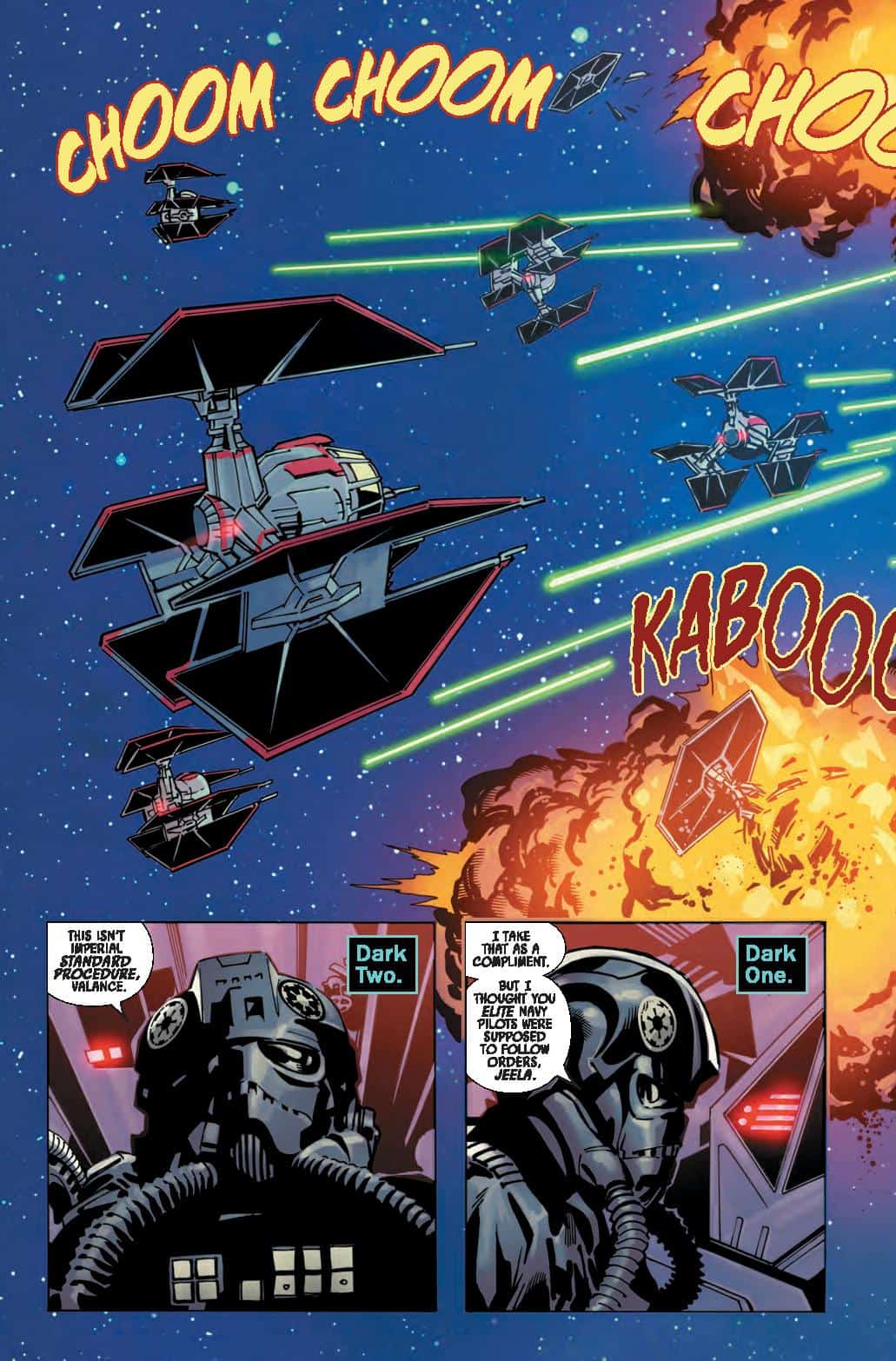 Artist Ramon F. Bachs does a fantastic job as usual. He knows the Star Wars universe backward and forwards, yet continues to keep things looking fresh and interesting. Of particular note, this issue is his flashback sequences into Valance’s past where he and a certain Imperial cadet go through something that will form a life-long bond, even if life takes them in two extremely different directions. He gets to draw a pretty diverse cast of characters in this issue, and he even manages to sneak in someone that I think is very important. I think. I’ve been wrong before but I think I’m right in this case. Also, this book is dangerously close to introducing a cast and an event that will make the audience scream louder than a theater full of comic book fans watching Spider-Man: No Way Home. I’m not going to spoil it, but if you’re a regular reader of this book, I think we know what next summer’s Star Wars event is going to be. But back to this issue. A great book, as usual, that will have you at the edge of your seat as the creators give the feeling of constant danger for anyone who’s ever been a part of the cast of this title.

You're gonna get your money's worth, you're gonna get entertainment that's well worth your time, there is seriously no way that you don't come out ahead if you buy this book. Highly recommended!