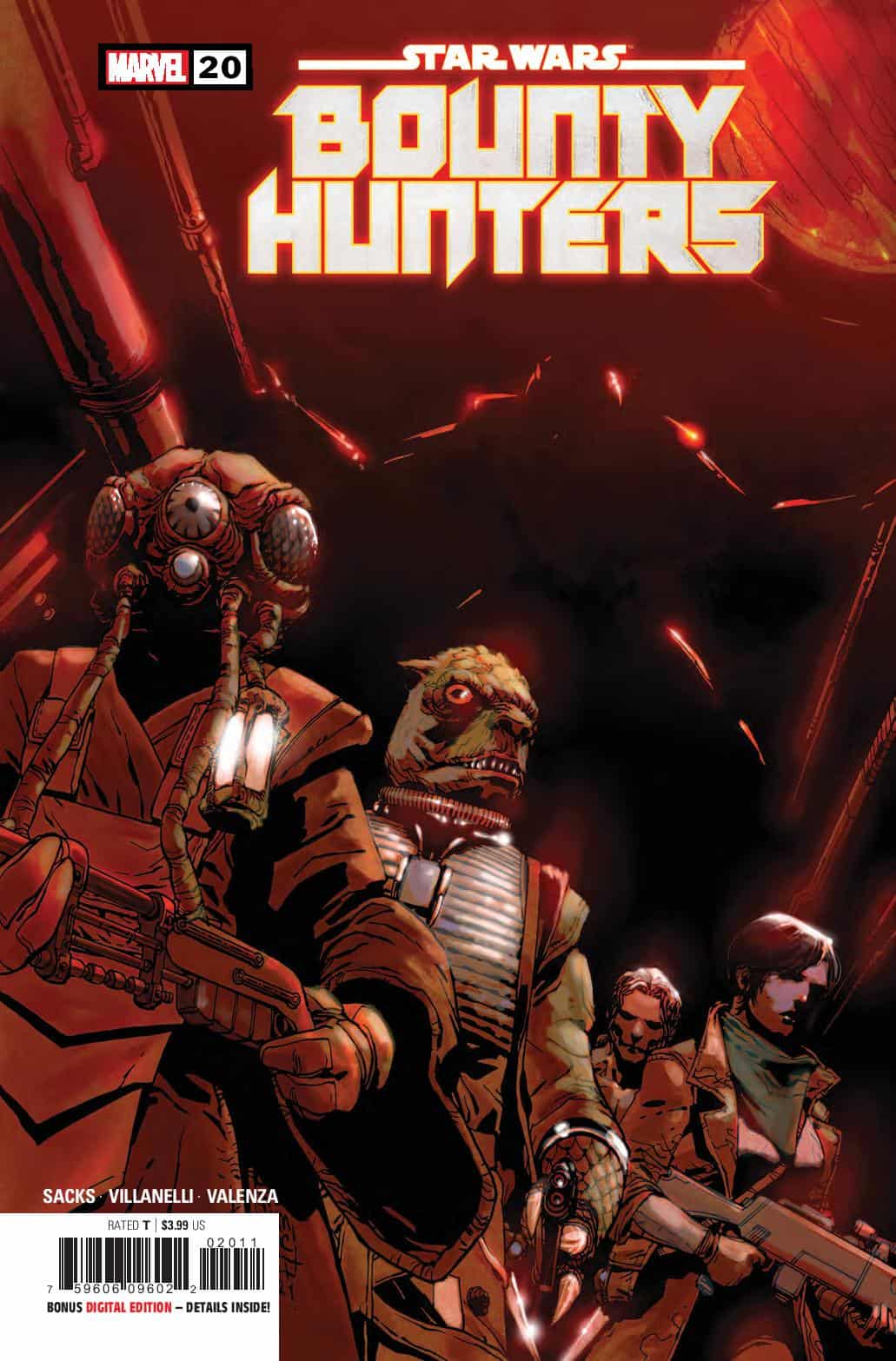 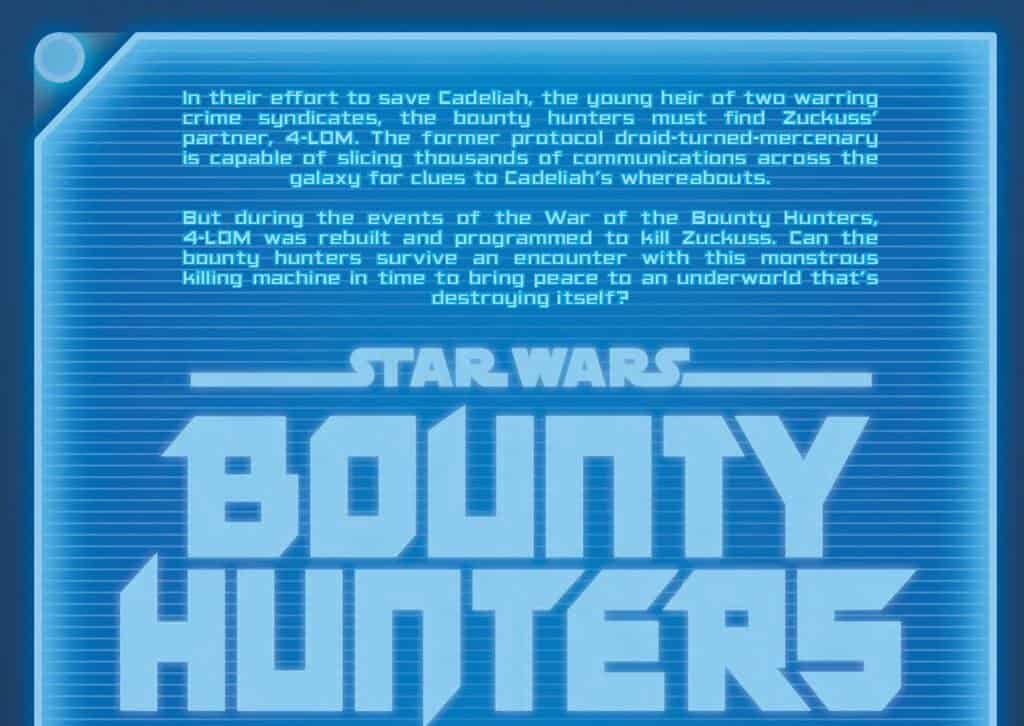 What’s more fun than the bad guys? A whole comic series about the bad guys!! And that’s what you get every single month in this title. I’ve seen books about bad guys turn out not so great, Sometimes books about villains end up turning the bad guys into reluctant bad guys and then eventually into heroes, but thankfully writer Ethan Sacks does NOT let that happen here. The Bounty Hunters are bad dudes, and they stay bad dudes, and also bad ladies. But, when one of their own turns against them (does that make him a good guy?), they’re all forced to work together….BUT CAN THEY COEXIST?!?!! What I loved about this particular issue is that Sacks puts a Star Wars level amount of action into it. Going from one location to another, fights at every turn, there’s seriously no time to catch your breath! And while the action is the icing on the cake, the cake itself (the story) is very satisfying. There’s fallout from the excellent War of the Bounty Hunters story, and a lot of housekeeping, for lack of a better term, that’s dealt with as players are moved across the board to get them set up for the next story arc. Additionally, I have to applaud Sacks for the amount of Bossk in this issue. While it’s not the all-Bossk issue that I want, there’s plenty to be had. 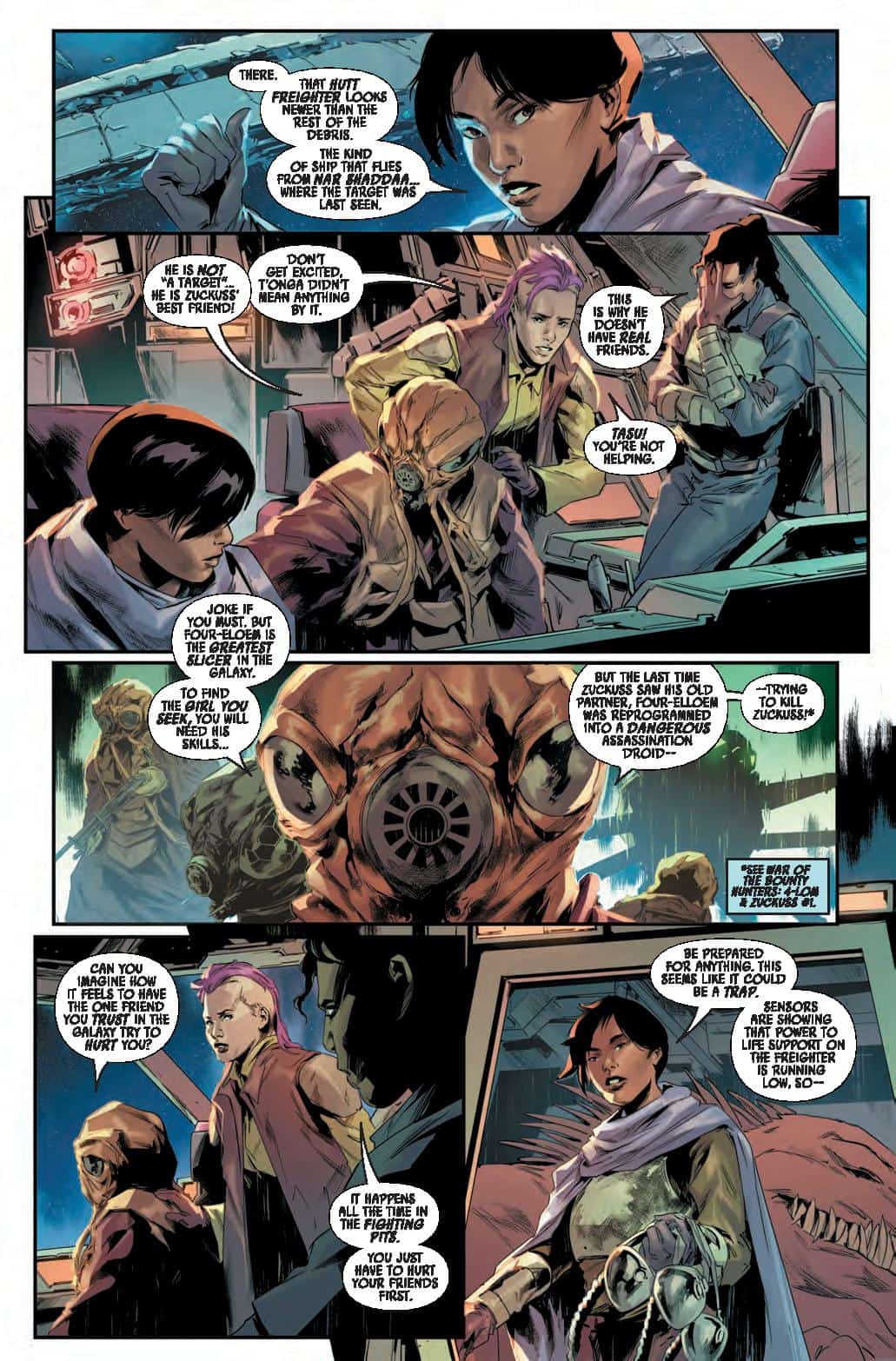 Artist Paolo Villanelli is amazing just like he is every single month in this book. Can we talk about consistency for a moment? Most people won’t remember this but artists used to spend months on the same book, even years sometimes without a break. Go ahead and Wikipedia that shit, I’m not lying! Villanelli has been on this book since the beginning, with very little break at all, and in my opinion, he’s a very overlooked artist between his timeliness and the level of work that he puts out. In this issue, pay special attention to his backgrounds. They are insane!! It’s like he’s working from production stills of movies, but you know he’s not because even CGI effects couldn’t produce locations as his mind can. Very impressive issue!

Another great issue in this highly enjoyable series! A very meaty story that's part fallout and part setup and all good. Stellar art as usual by Paolo Villanelli.