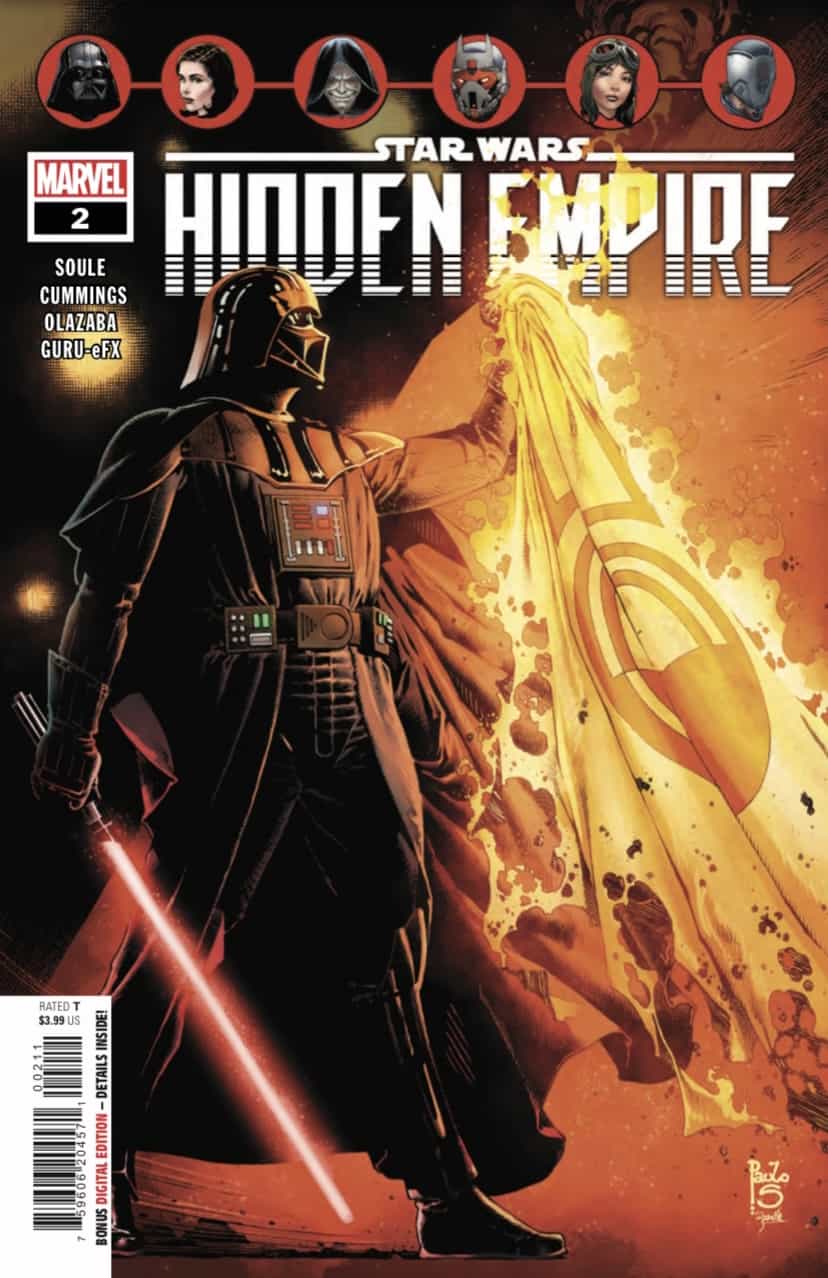 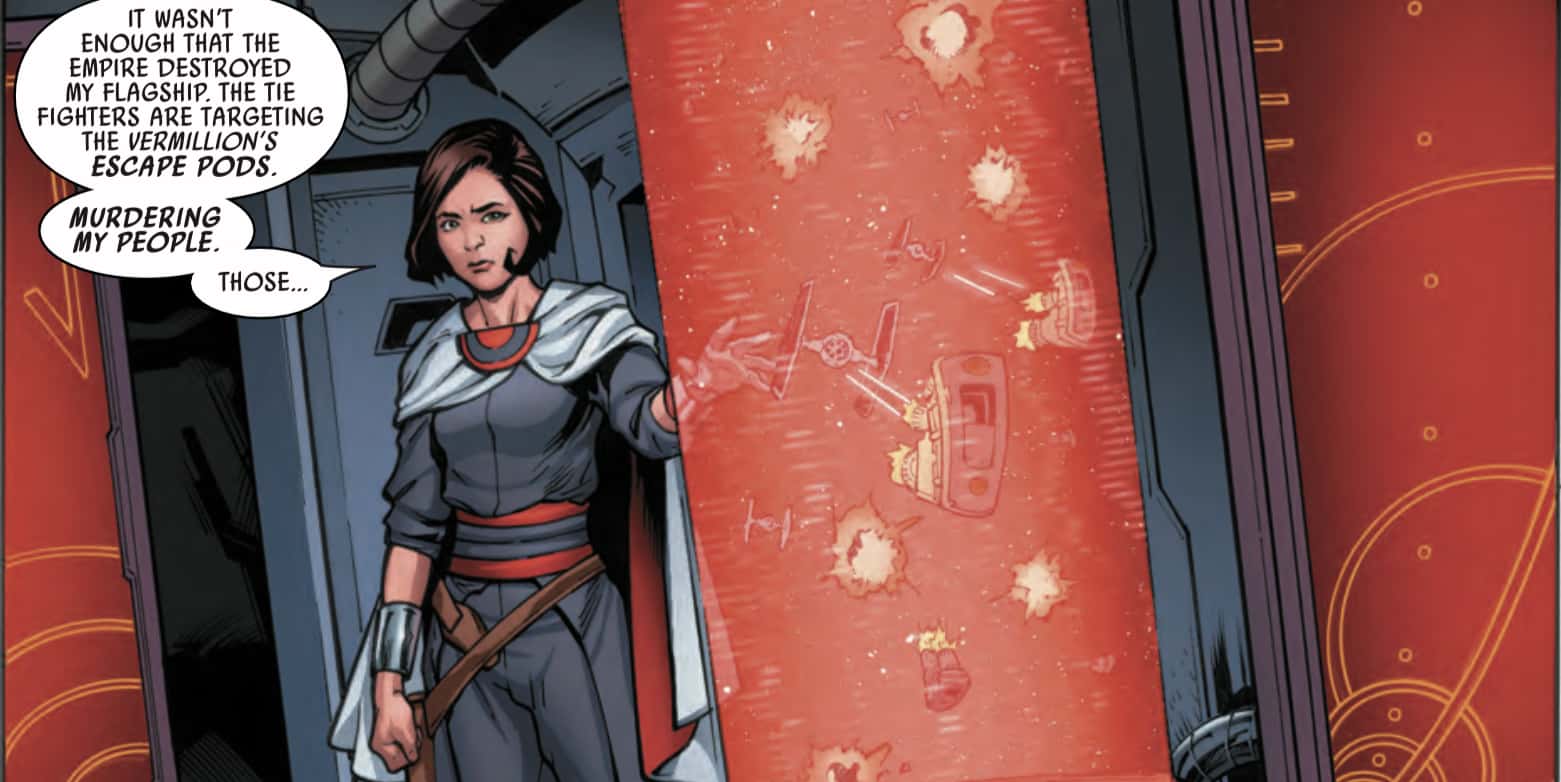 For many years Maul’s protégé, Qi’ra has plotted against the Sith Lords. With all of her agents in motion, she takes the opportunity to strike at the heart of the Empire. However, Palpatine and Vader are not easy advisories to predict no matter how much planning she has done.

The juggling act this mini-series has to do to close the final of three massive phases of this trilogy has been impressive. A synopsis of the scores of characters from it could fill a book of its own. This issue is no slouch in that regard. Qi’ra has many agents all over the galaxy. There is a healthy handful of characters on display in this chapter, but there is also a lot of name-dropping of off-panel characters in the dialogue as well. In typical Marvel fashion, the cover features headshots of many key players at the top. Not all are featured, but all are at least mentioned. In the last issue, the flagship of Crimson Dawn was critically hit, leaving the Empire to pick off escape pods in hope of slaying Lady Qi’ra. It also gives her cover for her escape. The issue is mostly comprised of Qi’ra regrouping with her reaming agents to plan the next move. Always one to plan to be a step ahead, Qi’ra indeed reveals she has some massive tricks up her sleeve yet. 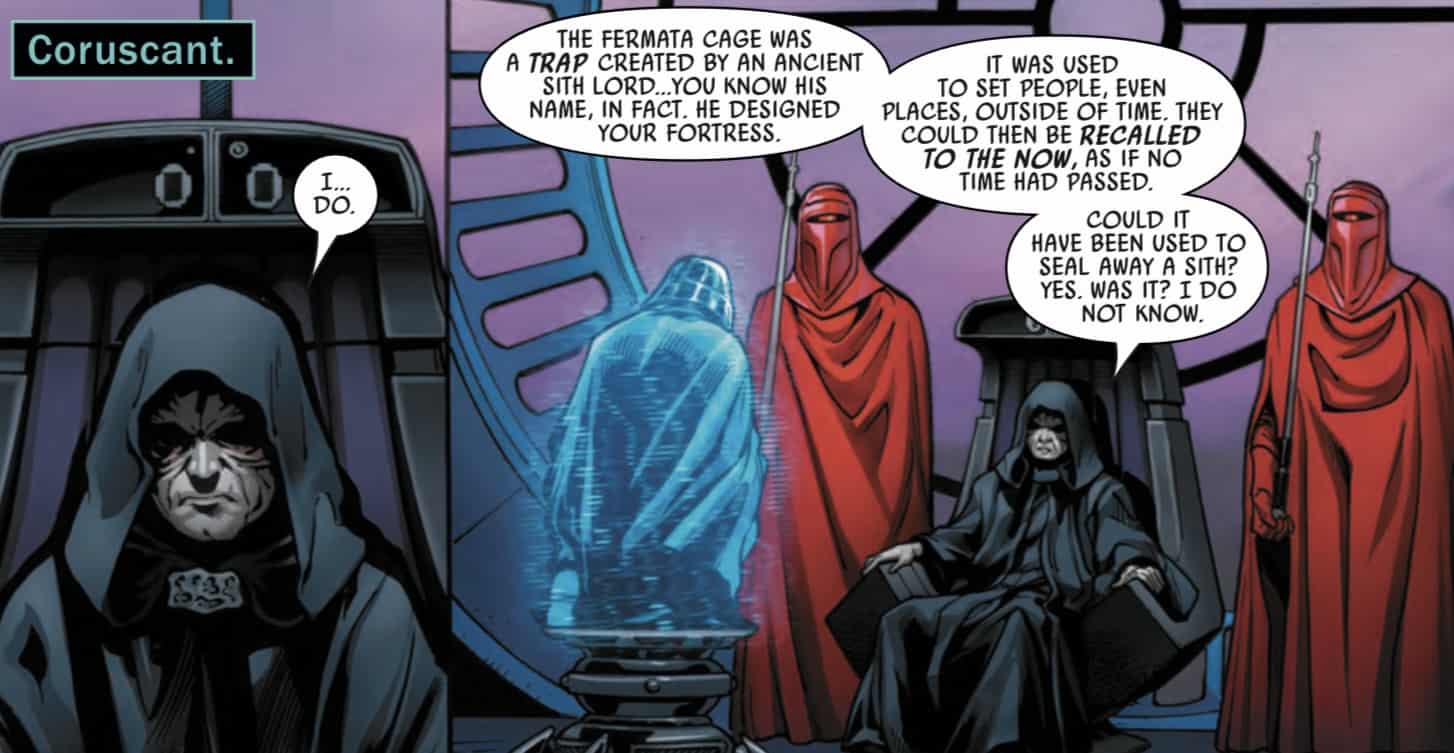 A large section of this chapter involves the Archivist and Kho Phon Farrus attempting to activate the Fermata Cage, a Sith relic said to be able to capture a Sith in a temporal prison. This whole sub-plot is the real meat of this issue. For one, it features two of the biggest new characters from this trilogy of series. Both Farrus and the Archivist have been featured in many other series as well. If this trilogy was aiming for breakout characters, these two were the result. In addition, it is very possible a dangerous invincible Sith that needed to be trapped is in the Cage. At a coupled points in this chapter some big ancient Sith names get dropped casually to remind the reader that it could be almost anyone. This carrot dangled in the face of the audience will certainly cultivate interest in the next few issues.. Finally it has galactic consequences. As they tamper with the Fetmata cage, any Force sensitive can feel it. This opens up an even larger can of worms as far as the ongoing story goes. 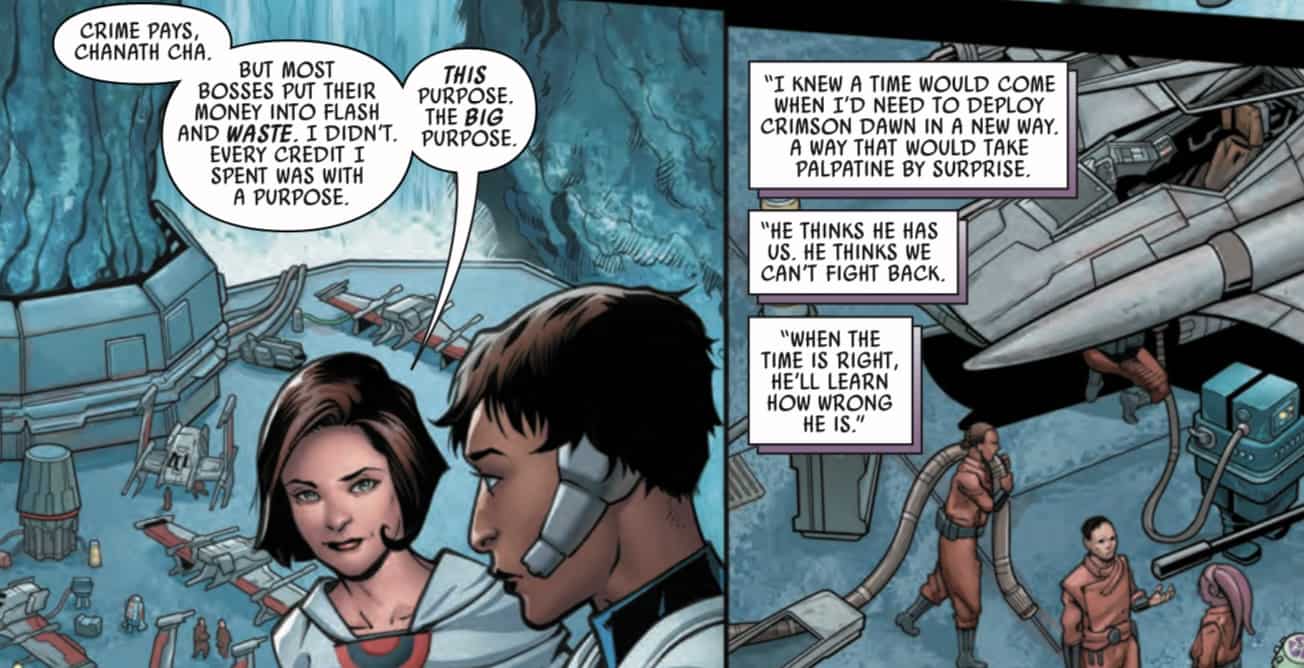 The impact on the overall saga is undeniable. This is wrapping up a year long event and it needs to go out big in a way that impacts all the other series taking place in this era. It certainly accomplishes that, bringing in characters from each one in this issue alone. The direct involvement of Palpatine and Vader is also a big deal, because the timeline is getting very close to that of Return of the Jedi and there is zero evidence of this particular galactic struggle. This indicates this is meant to wrap up nicely. That includes possibly, but not necessarily, killing off Qi’ra and destroying Crimson Dawn entirely. Either event would have a major impact on the “Star Wars” comic world, but it would explain why it’s such a non-issue once the adventures near Endor begin. The art and color support the story-telling well. This issue is bright and mixed with various palettes for various setting like many other series. The art is descriptive and keeps up the pace of the fast storytelling, but both the art and coloring still take a backseat to the story appropriately. 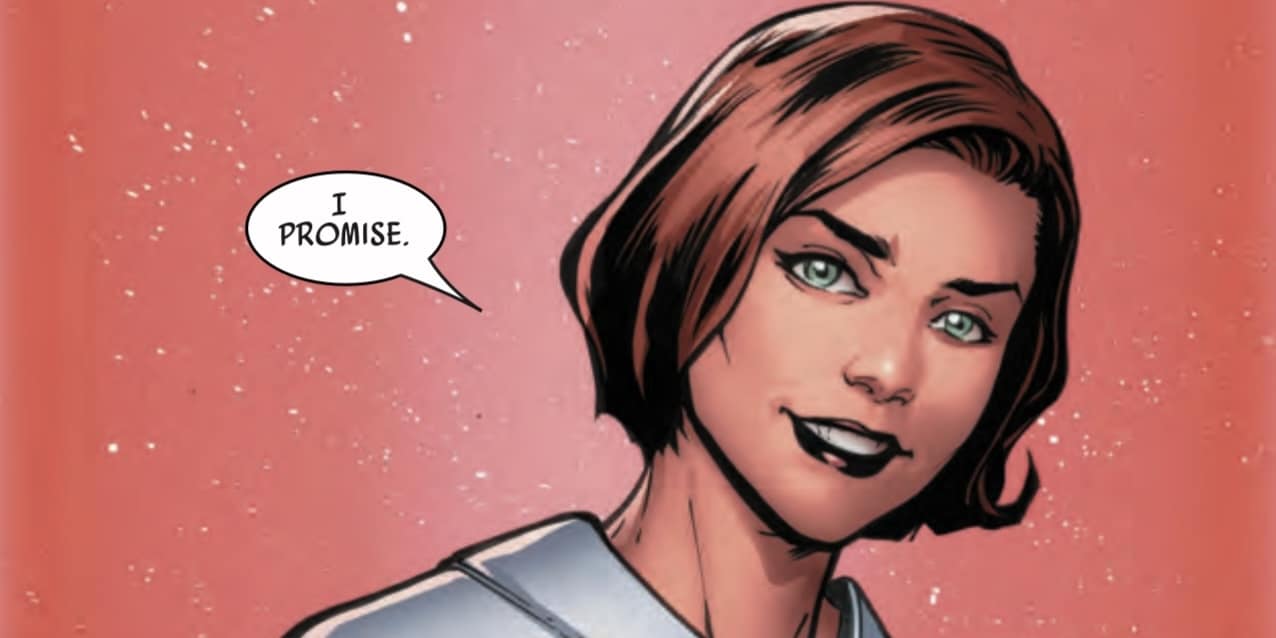 Things still look bleak for Lady Qi’ra, even armed with her secret fleet she has assembled for this very moment. Even while looking into the face of evil, she seems confident. Will she be able to protect her people like she says she can?