Star Wars - High Republic #5: There Is No Fear- Chapter V: Attack of the Hutts 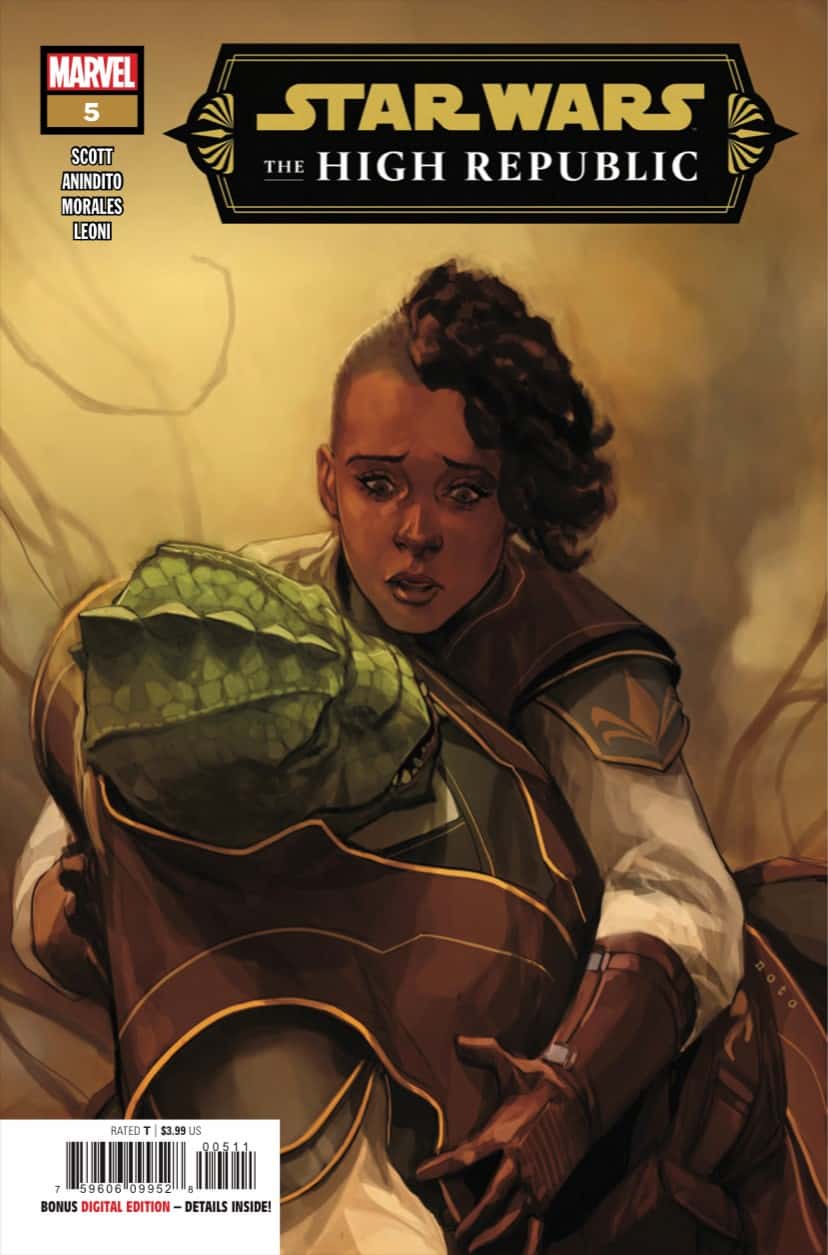 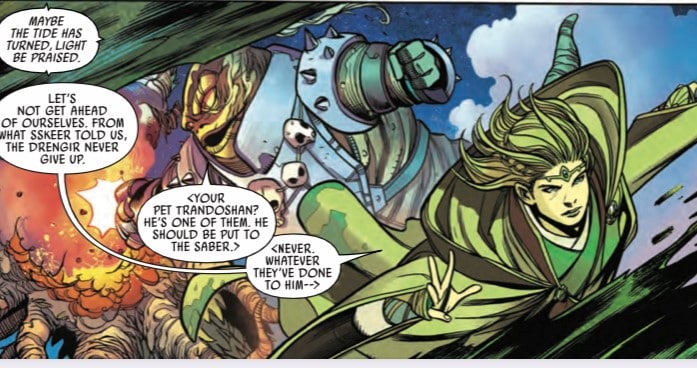 After being knighted in the first issue of this series, Keeve Trennis has had to fight the Nihil on a derelict ship, battle her former master being controlled from an outside source, and uncover a deadly new enemy. Now she and her fellow Jedi have crossed the paths of the Hutt Cartel. With the galaxy at high threat from the Nihil AND the Drengir, can Trennis and the Jedi really afford to make a new enemy?

The Marvel High Republic series hit the ground running and hasn’t even stopped to take a breath even once. Issue #5 further proves that point by offering up plenty of danger, action, and clever dialog. Although the series will undoubably go on well past this first story arc, it is starting to feel like it is winding down. Previously in this series, not much is really explained and everything seems to be going from bad to worse. Although this chapter is a nail bitter, the core characters get some answers and win some victories. It might be time for a breather after all. 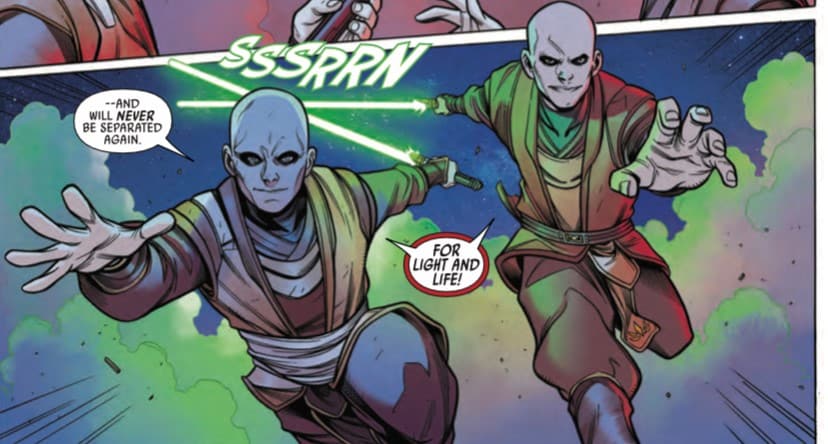 The cover to this issue is a bit shocking. Since even before this series started SSSkeer has been a part of High Republic, even talking part in the first chapter of the entire sage, the novel Light of the Jedi. By the cover art alone, it would seem the trandoshan Jedi Master has met his end before fans could really get to know him. Hopefully this will just be a sneaky way to tug at the heartstring of Ssskeer’s new fans. Perhaps he will survive. As for this particular instalment, Ssskeer’s fate seems pretty grim. This is also very striking because the main character of this series is very connected to him. She is his former Padawan and his closest friend. If any more tragedy befalls the Drengir-infested Ssskeer, Trennis may become unhinged in a very dangerous way. On the other hand, the deaths of both Qui-Gon Jinn and Obi-Wan Kenobi went on to make their respective proteges even stronger. 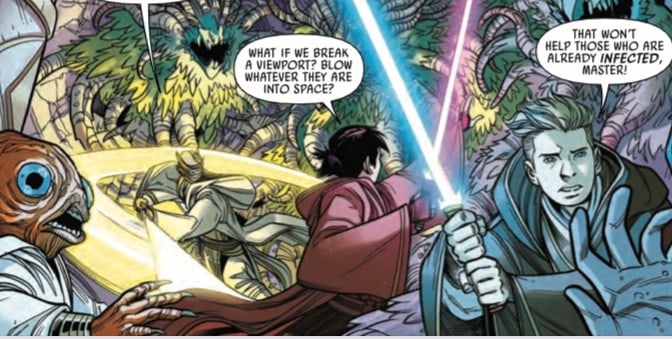 This series has been so engaging that is hard to even remember there is a creative team behind it. Cavan Scott and his squad pour as much thick action and dialog in such a rich way that each issue becomes more of a ride then a chapter. This installment was no different. Colors, limbs, tentacles, lightsabers, Jedi, Hutts, and Drengir are just splashed everywhere throughout the pages. Just like its predecessors, this issue has a large amount of dialog right there with the flashy art. There is barely a panel in the whole story without speech bubbles. High Republic has been a very impressive series so far, and the creative team deserves every bit of applause for that. This series is just one piece of the much larger High Republic brand, so the comics have to stand out to be taken seriously among the various books and probable TV shows that it will spawn. So Far Scott and the gang have accomplished that in spades. 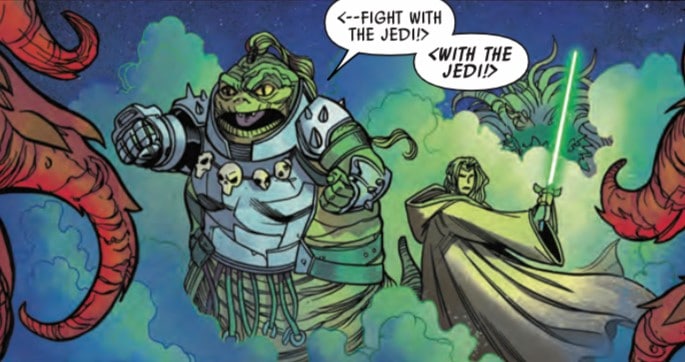 Now that the Jedi have discovered a new ally as well as a new strategy to use against the Drengir. It would seems like it is a time to regroup and celebrate. But before they can do that, they must determine Master Ssskeer’s condition and fate.