Star Wars – High Republic #6: Find the Source of the Drengir 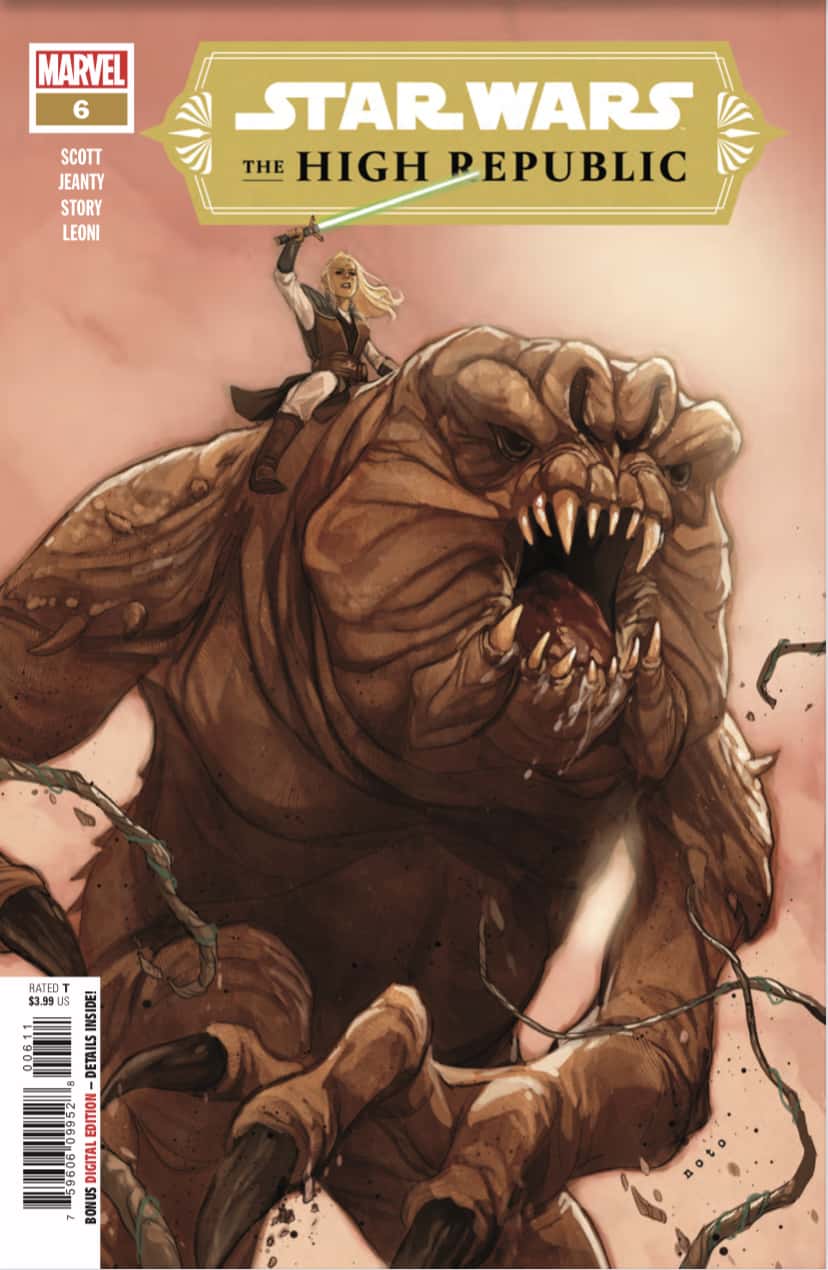 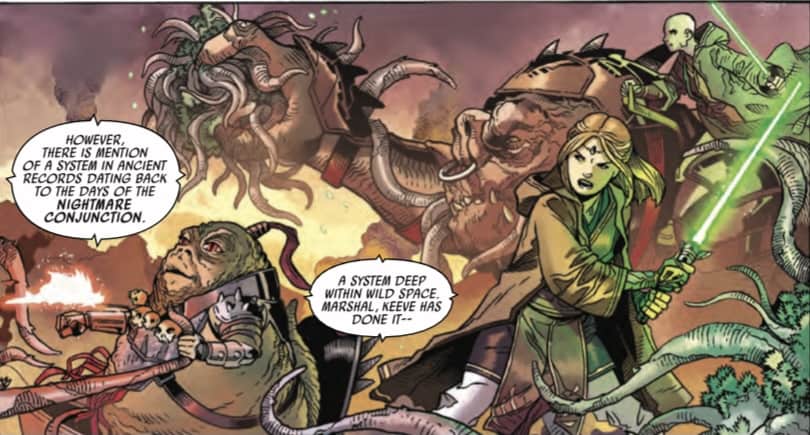 Being faced with the legions of Nihil marauders and the plantlike Drengir, the Jedi of the outer rim have made a shaky alliance with The Hutt Cartel. The alliance hold successful as they are able to drive back the Drengir temporarily. However, the Jedi Knight Keeve Trennis sits by her former master who nearly sacrificed himself for the victory.

With this issue comes a new story arc for the series. It is also one of the first pieces of “High Republic” material for the second phase of the larger multimedia series . This issue comes out just one day after the novel “The Rising Storm,” also by Cavan Scoitt, and the YA “Race to Crashpoint Tower.” The first phase helped create the worlds of “High Republic” by establishing a large pantheon of heroes and various villains. But despite how well they accomplished this, it is always tough to keep track of who is who and what is what when dealing with an all new “Star Wars” era. Now that the first phased is done, the various storytellers now have a change to play with all those shiny new characters in more complex conflicts. The second phase starts out strong with plenty of new content as well as plenty of directions for all the characters to go in. The first chapter in this story arc is a prefect example of this. 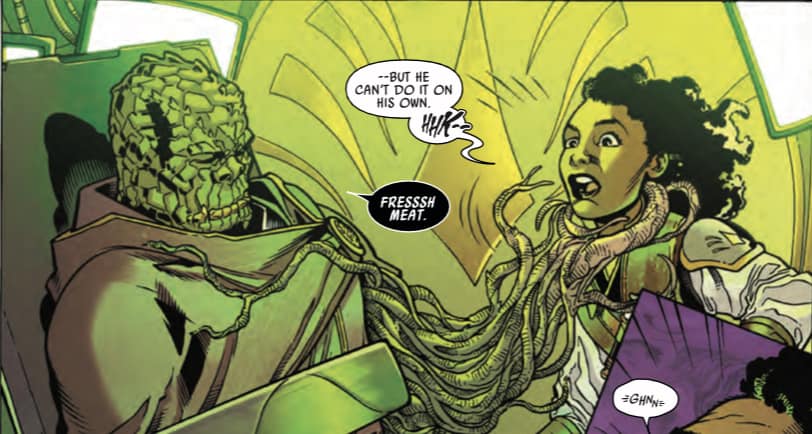 Despite clearly being a new story arc, the issue starts off within moments of the last one. This gives it a continuation the books do not have. The last of the Drengir are mopped up and the truce between the Jedi and Hutts is proven effective. However, the bulk of the issue deals with the series’ main characters Keeve Trennis and her former Master Sskeer. Sskeer was on of the first victims of the Drengir, who used him as a pawn in their plans to conquer the galaxy. In the last issue, he was able to break free enough to almost sacrifice himself. Now in a comatose state, Kreeve tries to connect with him. She opens herself to The Force as well as to the dangers of Sskeer’s bond to the Drengir. If she can accomplish this, the secrets of the Drengir will become uncovered and she will be able to report the next strategy to the rest of the Jedi, to find the Drengir Progenitor. 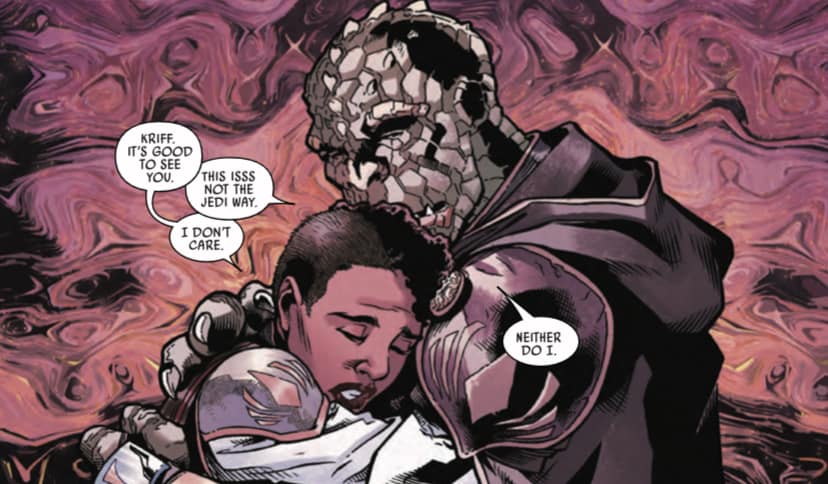 This chapter offers up such a great starting point for this arc. The Jedi have a goal now, and for the moment, Kreeve is reunited with Sskeer. There is even a very touching moment were the two hug, which is not very Jedi even for two who view each other more like parent and child than Jedi and Padawan. The issue also serves to show the various opposing ideas the Jedi have about going after the Drengir Progenitor as well and teaming up with the Hutt Cartel. This is basically packing possible future story points into a single issue, which will undoubtedly play out well as this arc, and the series goes on. 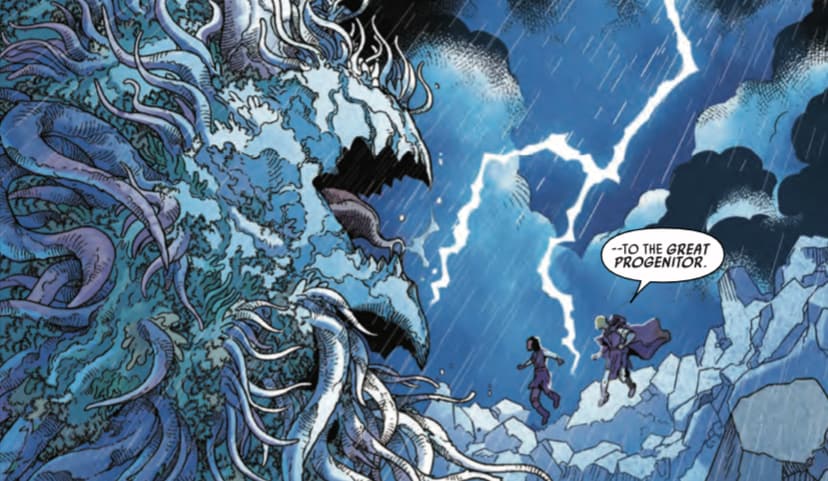 The Jedi now know where to find the heart of the Drengir, and they have tasted victory against them as well. Kreeve Trennis will certainly be headed into further danger, but now she is armed with more knowledge of how to stop the invading plant lifeforms as well as the full support of the Jedi of the High Republic behind her.

Star Wars – High Republic #6: Find the Source of the Drengir