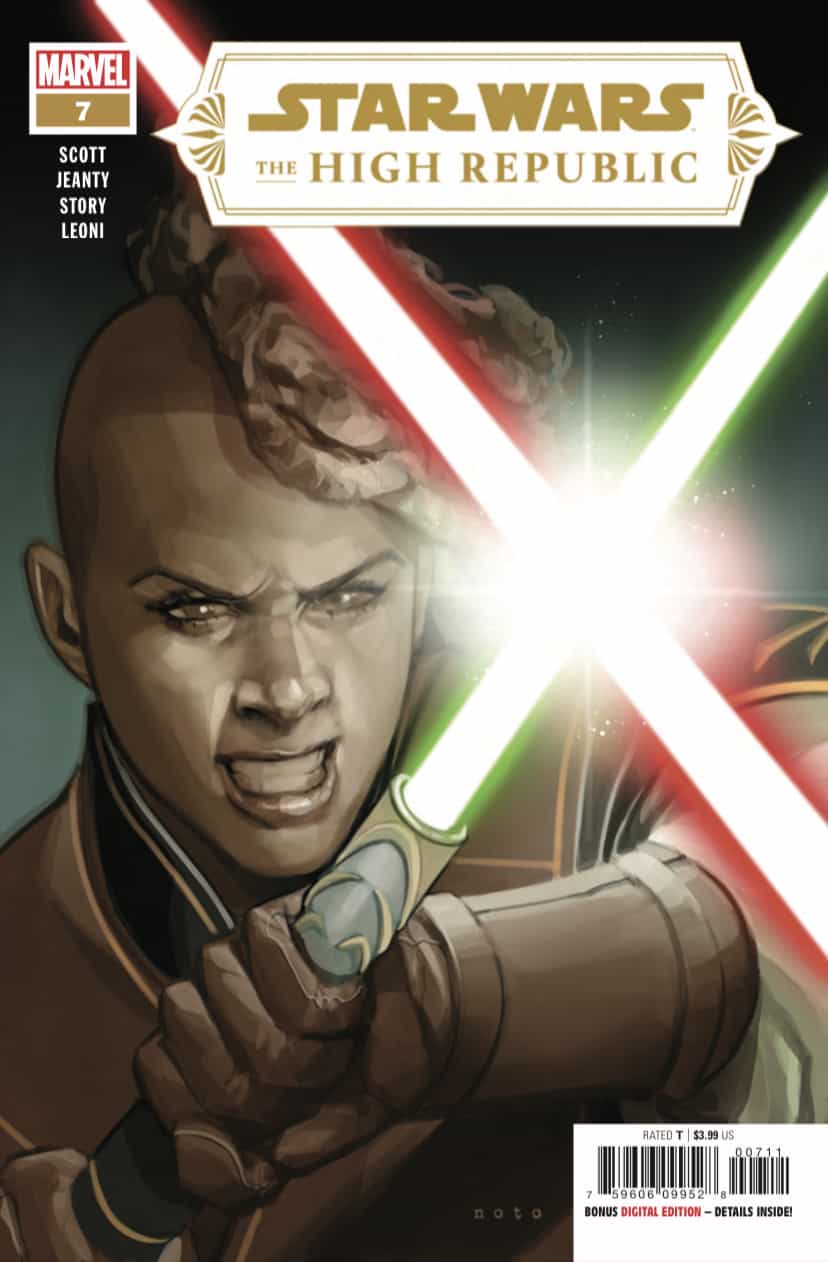 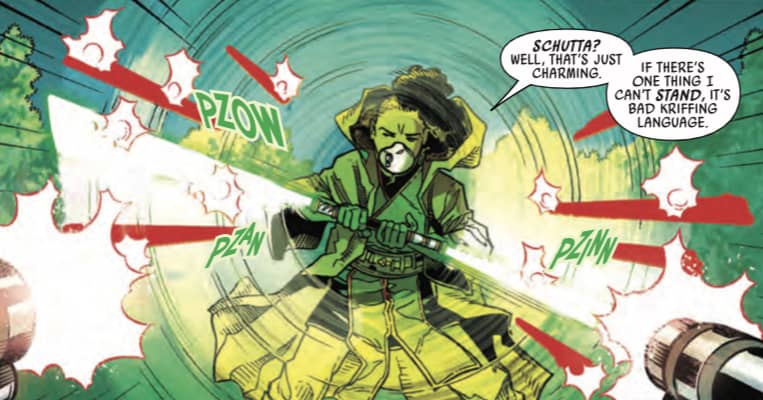 Young Knight Keeve Trennis was forced to bond with a part of the terrifying and dangerous Drengir to help the Jedi learn the ultimate source of their power. This has taken quite a toll on the usually optimistic Jedi. She finds her mind a blur of nightmarish visions. Yet she is still very eager to continue the fight.

The word that best defines this issue is surreal. A good portion of it is within the shattered mind of Jedi Keeve Trennis. She is made to be reunited with friends met along this series, both alive and dead, but she is also forces to confront shadowy adversaries. When she returns to reality, she is resolved to press on in the fight and is sent out on a mission. What she discovers is not only a squad of fearsome Nihil marauders but also the Jedi Orla Jareni, a characters that has had a much larger part in the “High Republic” books. The duo proves formidable against the Nihil, yet a win does nothing to ease Keeve Trennis’s worry and dread. 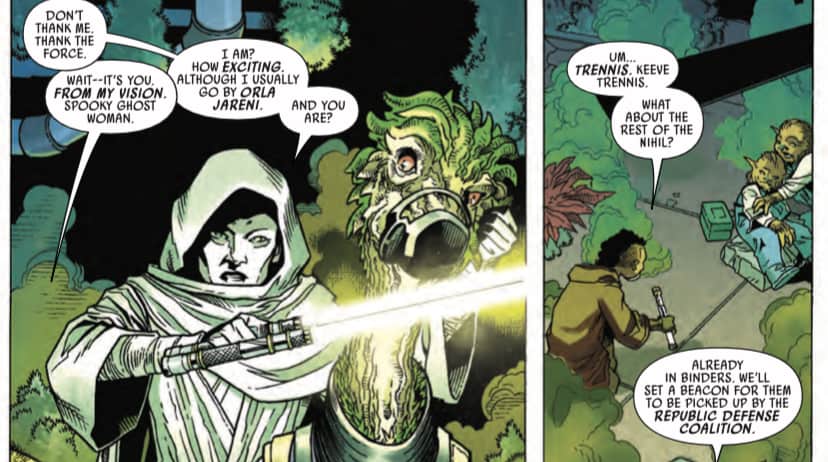 What is neat about this chapter is that it finds a way to have a Sith warrior in it. This series takes place a couple centuries before the film, which established that the Sith haven’t been seen in a thousand years. This issue cleverly manages put one in anyway as part of Keeve’s vision. In this way, the issue finds a loophole to include the evil anti-Jedi, without going against that limitation the films put on the Sith. Since the Marvel Star Wars comics have held tightly to the events of the films up until “High Republic,” there hasn’t been that much opportunity to meet new Sith characters. This method turns that all around to offer up a new character for fans to lovingly drool over. The Nihil and Drengir are fun bad guys, but nothing beats a classic Sith Lord. 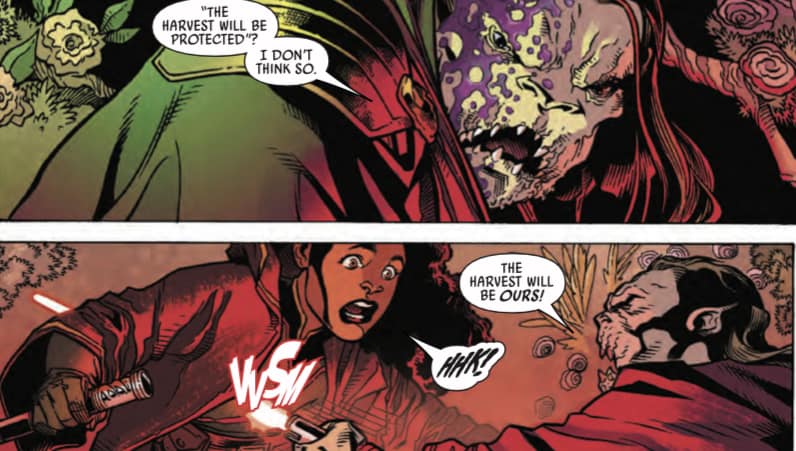 The whole feeling of impatient dread that Keeve feels throughout this chapter is felt in the entire issue. The other Jedi seem distracted by the greater galactic events of other “High Republic” stories, which makes the very real danger Keeve is touching even more precarious. It is clear that the Jedi are thankful that Keeve has helped but the larger battle in motion as they battle both the Drengir and Nihil simultaneously. However they also perceive her self doubt and worry, making it harder to really comprehend the danger Keeve Trennis portends.

This will almost certainly spell out more doom before they gain an upper hand in the fight again. This is bad for the Jedi, but very good for audience as “High Republic” forges ahead with more excitement into the larger saga’s second phase of three.

Keeve Trennis has seen the possible fall of the Jedi and no one seems to understand. Yet the visions she faces are placed by the Drengir and could be simply a way to break her spirit. Either way, it ensures that more trouble is rushing toward the spread thin Jedi across the outer rim and wild space. It will certainly be a legendary clash.