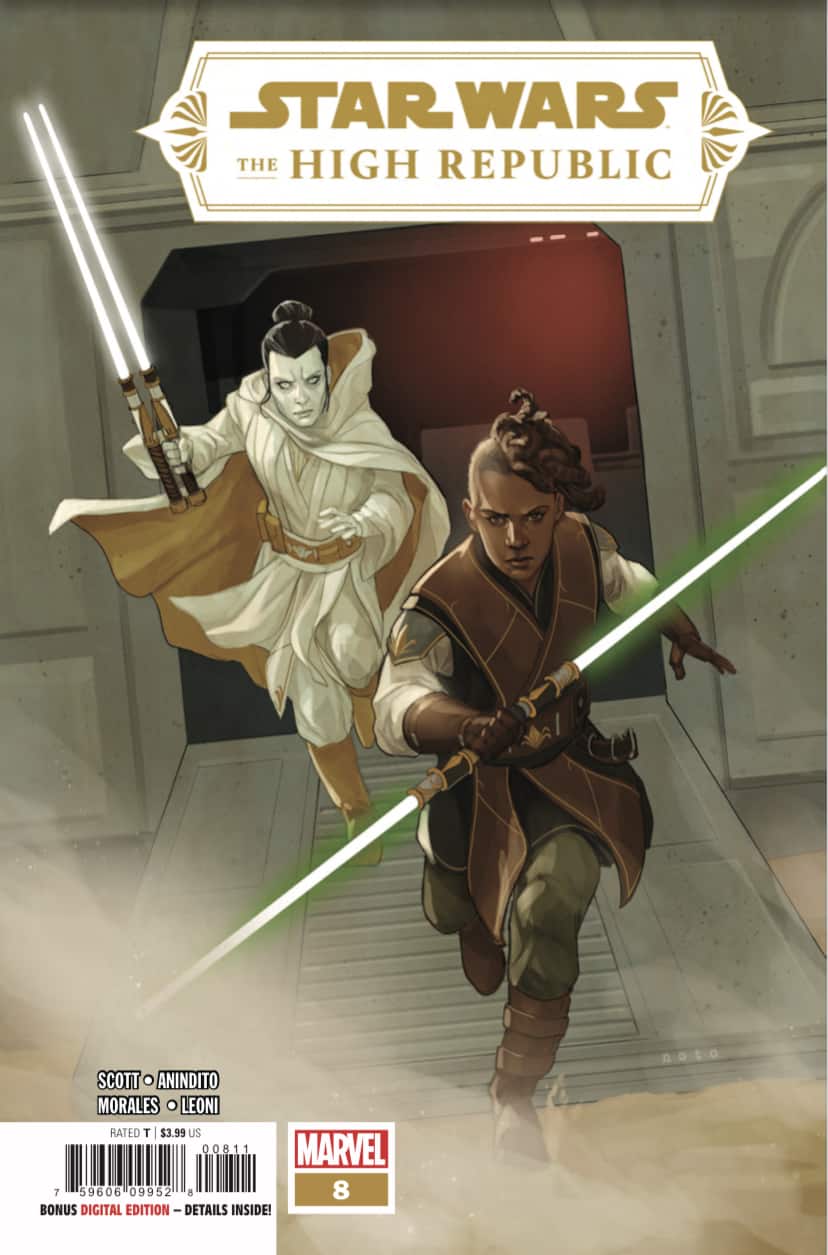 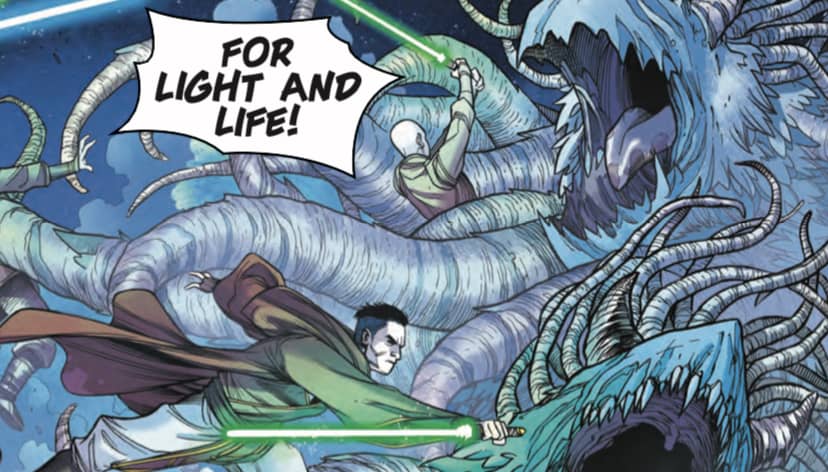 Keeve Trennis has discovered the home world of the Drengir and the source of their power. The Jedi and the Hutts turn their sights on the plant-rich planet of Mulita as the speed toward what they expect to be a swift victory.

This issue is full of light, life, and hope. Every bit if it is essentially the Jedi coming together and swatting their enemies, which is extremely satisfying. Not since the days of the Clone Wars series or Attack of the Clones have fans been able to see these mystical warriors unite and fight as one. “The High Republic” series of books and comics has brought that back in full force. Issue #8 is a shining example of that. Every major Jedi character from the series so far makes an appearance at some point, battling against the Drengir. Their war cries ring throughout the pages, which play out like some ancient epic poem. This series has been very strong from the beginning, but this might be the best issue so far. It will at least be difficult to top. 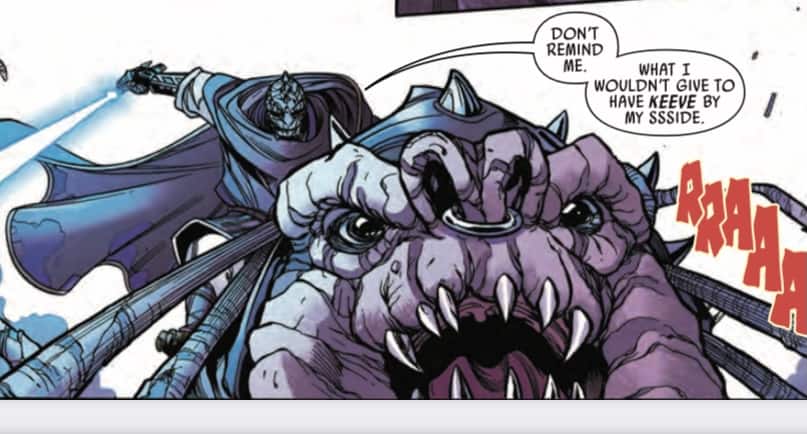 The things that make this issue expectational is the epic storytelling of the exploits of equally epic heroes coupled with beautiful art as well as lettering. The series is known for a lot of action as well as dialogue, and this chapter is no different. Every other panel seems to have one character of another in an legendary pose or action worthy of a high budget anime. The color theme starts out with lots of blues and greens, which represent not only the plant-like Drengir themselves, but the typical lightsaber colors of the Jedi. As the issue goes on, the color scheme shift to a soft golden glow. This seems to represent not only this golden age of the Jedi, but a sunrise after a dark night. 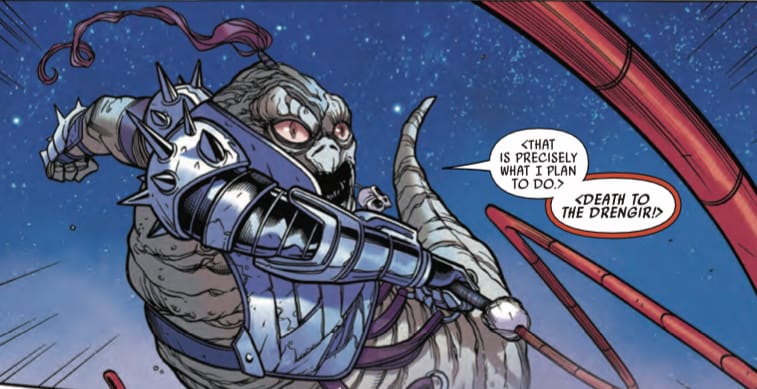 Of course this chapter has some danger and darkness to it as well. It isn’t all victories and the glow that comes after it. After the Jedi can rest, they receive disturbing news involving their other great enemy of this era, the Nihil. Not only does this seem to end this chapter and open up a new on for the next issue, but it ties in directly to the “High Republic” novel, “The Rising Storm,” which was released a few weeks prior. That novel was also written by Cavan Scott, who helms this series. As good as this series certainly is, it is but one piece of a larger tapestry of stories from all over the galaxy that are tied together by common events and enemies. It is extremely satisfyingly that the world of this whole multimedia series was designed by a council of Star Wars authors. The result is a variety of colorful stories that seems to blend together very well. They carry the same themes, and when a new writer takes on a character from other points of the “High Republic” they still feel the same as they did under the previous writer. With this whole “High Republic” movement only about halfway through so far, there is bound to be more of that same energy. 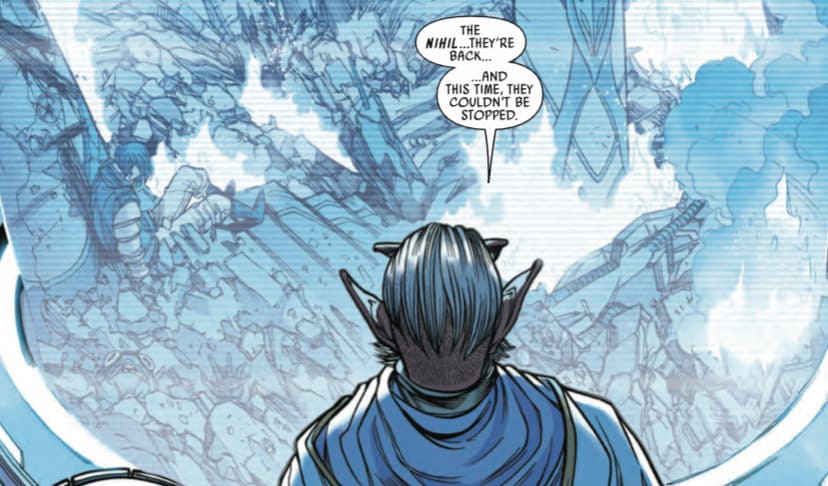 The Drengir have been pushed back for now. Keeve Trennis and the Jedi of Starlight Beacon must turn their attention to planet Valo, where the Nihil are causing terror and mayhem. They have been mostly absent in this series so far. It is time the Nihil meet Kreeve Trennis!