Star Wars – High Republic #9: Shadow of the Nihil – Chapter I: Jedi No More 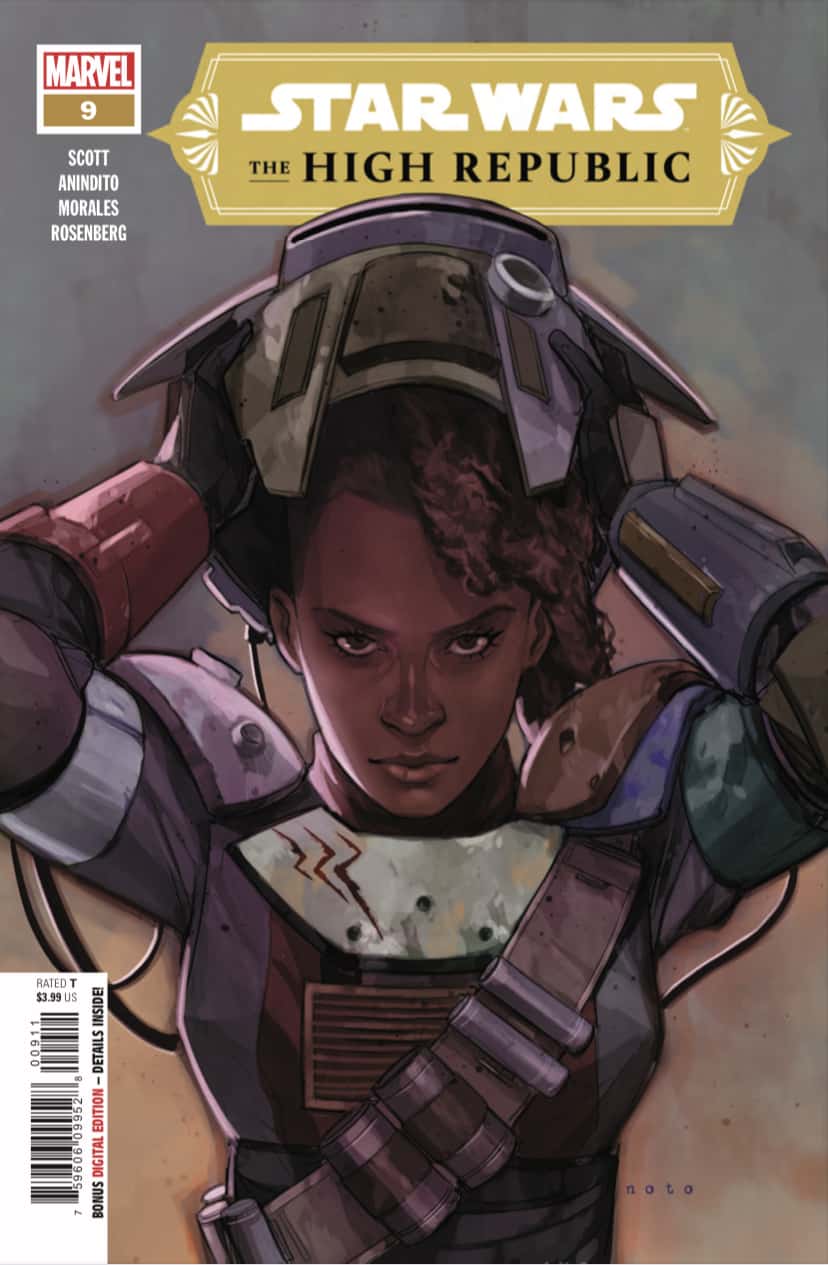 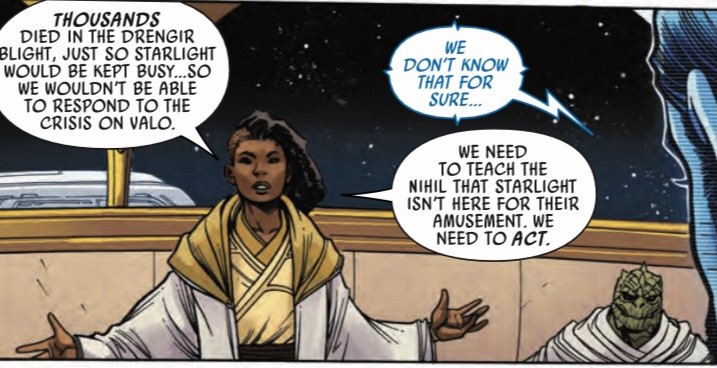 In a brand new story arc, “High Republic “ takes a drastic change as one threat is overturned to discover another. The Jedi scramble to respond to the Nihil attack on Valo, which causes Keeve Trennis to make some serious decisions.

The “High Republic” multi-media event is well into its second phase, leaving fans craving more and more of the golden age of the Jedi. The galaxy is being pounded by the duel threat of the Drengir and the Nihil. The Jedi have known peace for hundreds of years and must adapt and defend against the danger from two different sides. This issue focuses on a desperate plan the Jedi have come up with to deal with the Nihil. They are armed with very little information about the military-sized union of terrorist pirates. To combat this, they decide to place a couple of spies in their ranks. This leads to an issue of obvious misdirection when it starts off with Trennis seeming to have joined them. Soon enough the issue goes back in time to before this to explain how Trennis appears there. 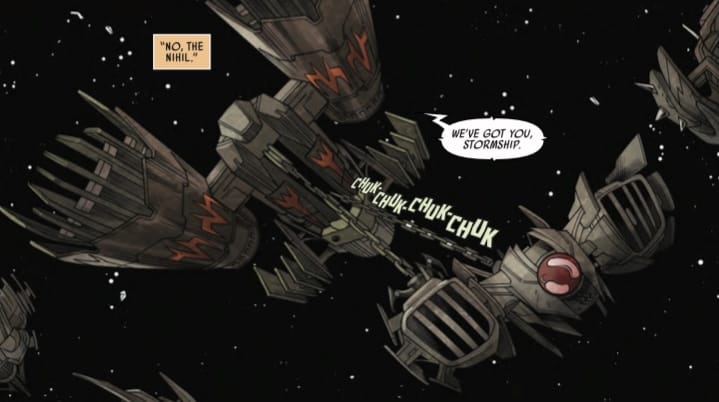 This issue hits the ground running with action which carries throughout it. Of course it is not without plenty of dialogue and plot development that this series is know for either. The core-world Jedi are hurt and shocked by the attack on the Republic Fair and assassination attempt on their chancellor. However the outer rim based Jedi of Starlight Beacon, which are the main focus of the comic series, are emboldened by their near defeat of the Drengir. The events of the attack in Valo took place in various novels that are part of the greater “High Republic” event. There are plenty of times throughout them where they lament their defeat came much more easily because of Starlight Beacon’s Jedi being preoccupied with their own battles with the Drengir within this series. This makes the Jedi seemingly split between the frightened and the victorious. This kind of dichotomy basically gives birth to this desperate plan of placing a Jedi spy among them. 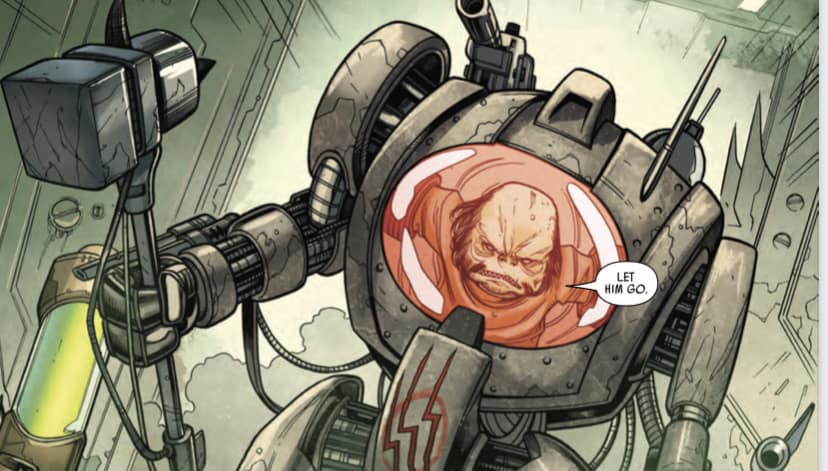 One of the very best things about this issue is the visual representations of characters and setting from the novels. “High Republic” is a massive story spanning many real life months across multiple platforms. It is extremely satisfying to see characters, ships, weapons, and planets represented in the novels splashed upon the page. The Nihil have been mostly absent in this series so far, so to have them thrust into this main story arc is a real treat. This issue name drops or reveals a lot of the main villains to match the many heroic Jedi readers have already met in this series. It shows how serious the group of writers are at establishing a living breathing world to match the long ago established cultures of other Star Wars eras. The writer of this series, Cavan Scott, also helms the adult “High Republic” novels as well, making him almost like Starlight Beacon himself at the heart of this story. This issue has started off a fantastic new chapter in that larger story, bringing everything together so far for a much more cohesive larger tale. Fans are still in the middle of three larger phases of planned novels, comic, audio dramas, and manga. There is still plenty of story to tell. 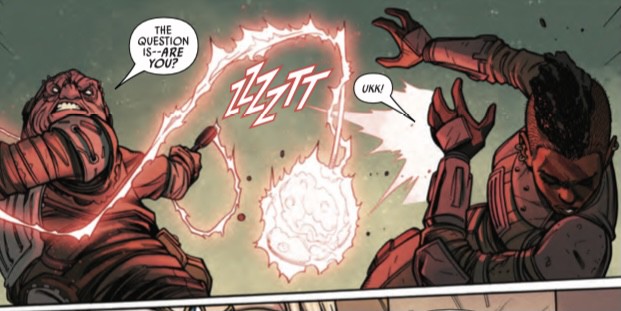 Keeve Trennis is now in the belly of the Nihil beast. She must prove herself to be one of them by any means necessary. That may in fact force her to match their level of brutality that few Jedi can come clear of without fear of turning the Dark Side.