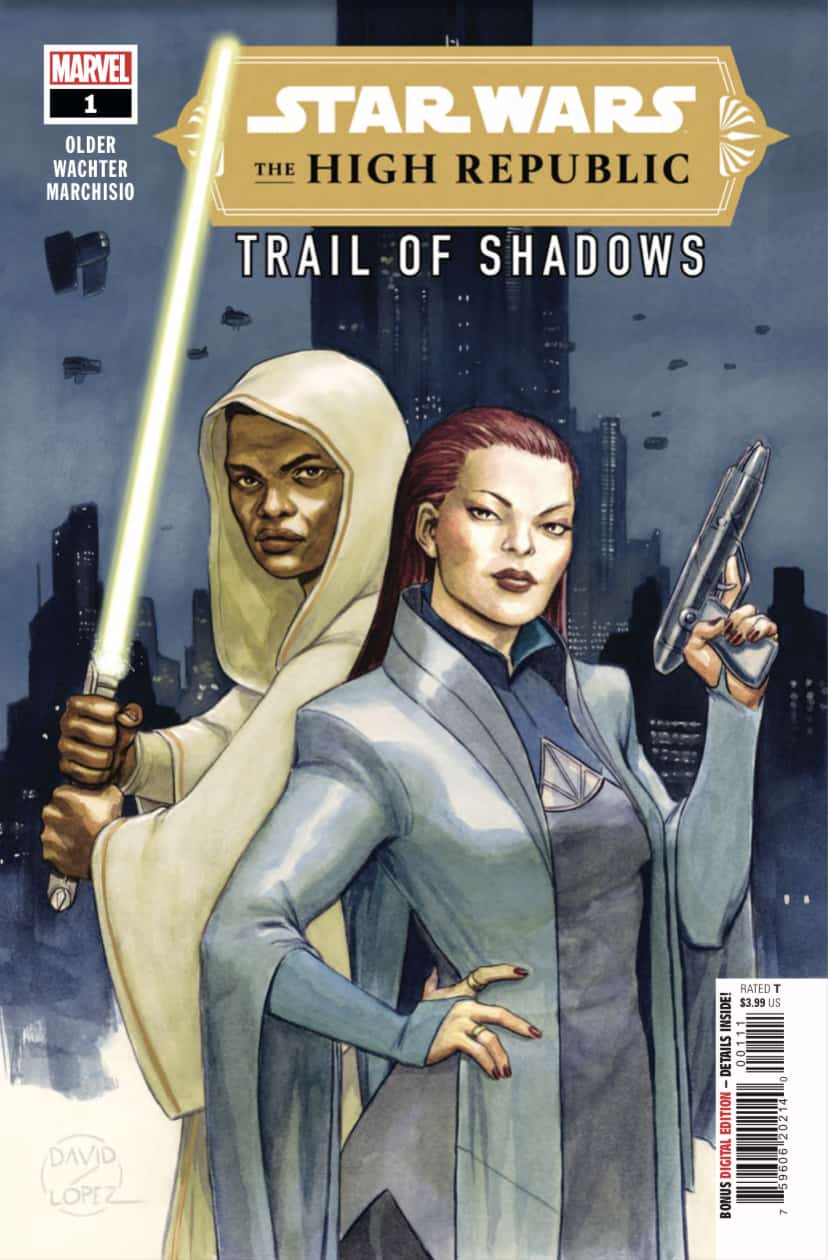 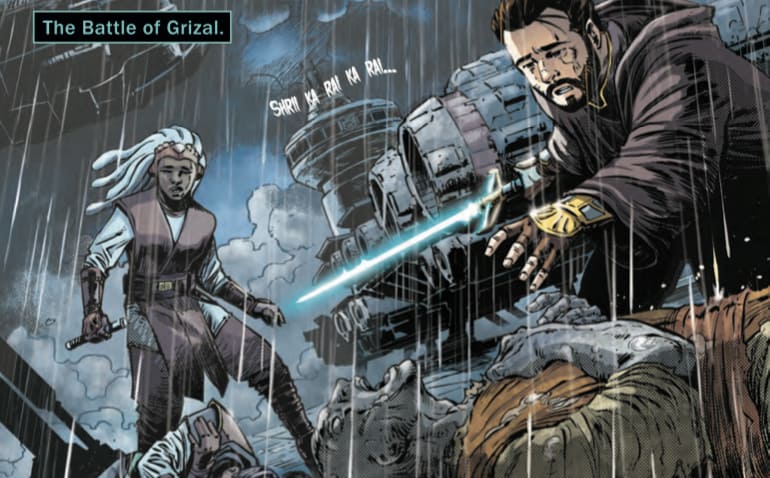 In the wake of the High Republic novel, “The Rising Storm” comes a new series that picks up right where that book left off. This series introduces new characters whose separate investigations lead them along a similar path. It is anyone’s guess at to where The Force leads them both.

After less than as year Star Wars High Republic starts its fourth comic book series, following Marvel’s “High Republic” series and IDW’s “High Republic Adventures” and “High Republic Adventures: The Monsters of Temple Peak.” Each series manages to have their own unique styles and themes and this new addition is no different in that respect. The story is much bleaker than previous series. It has it’s own art style. It connects to the novels in ways that the Marvel stuff previously released only scratched at. The two new main characters are unique while still being not only very classic noir comic book archetypes, but they are also true to Star Wars archetypes as well. There is plenty of dialogue, fighting, starship action, and sneaking about in play throughout. On top of the action and intrigue, it manages to set a specific tone for the rest of the series to come, which makes it a great first issue. 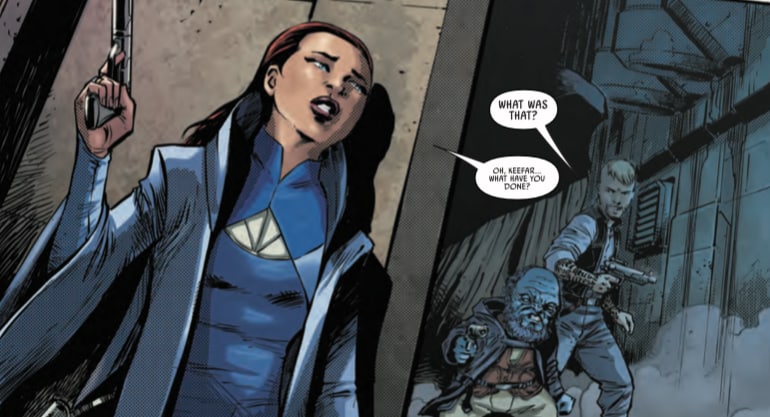 The idea of two separate investigator types from very different backgrounds is the most fascinating thing about this new series. Emerick, the Jedi, and Sian Holt, the detective, are instantly likable characters. Emerick is a bit of an obsessive thinker who allows The Force to guide him. He spends a lot of time talking things out with his droid of other Jedi. Holt is going moment to moment undercover in the most dangerous part of the planet, never able to truly trust anyone. They are bound to be an interesting duo. This issue does not have the two cross paths just yet, but it seems evident that they will. Not only does the basic tone of their duel inner-monologues hint at this, but the cover art for the next issue certainly drives the point home. 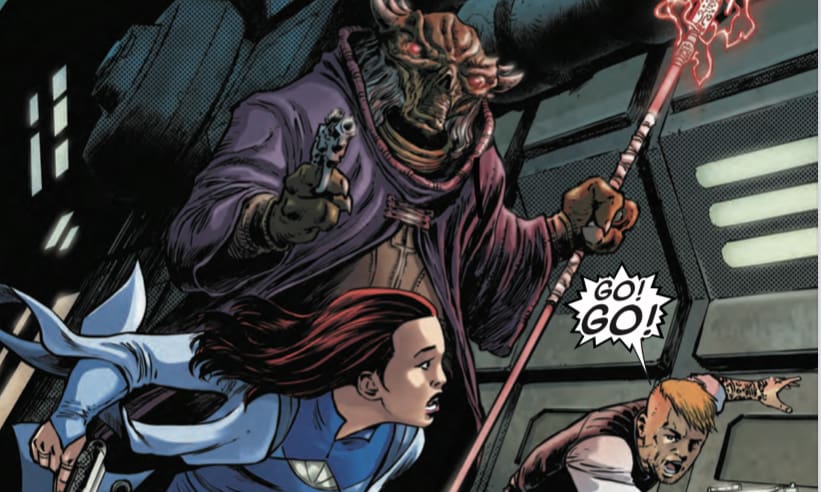 The new art style is a huge part of the appeal of this issue. The tone of story is darker and more bleak, and so is the art. It is grittier than the other “High Republic” series. There is a very effective usage of classic halftone shading. The spotted shadows not only ads to the almost Tarantino-like retro nod to classic noir comic art, but it adds to the grittiness as well. The underground levels of Coruscant look seedy and menacing. The desert-scapes of Vrant Tarnum look serene and a perfect setting for a starship sweep and a quick fight with the Nihil. These elements blended together create a familiar backdrop as far as High Republic goes, but it is also  truly a beast of its own. It should feel unique. Not only is this a new “High Republic” series, but the group creating it is an all new team to Star Wars comics. It should be noted that the Daniel Jose Older is not new to Star Wars writing. He has written a handful of Star wars books, including some of the High Republic junior novels. 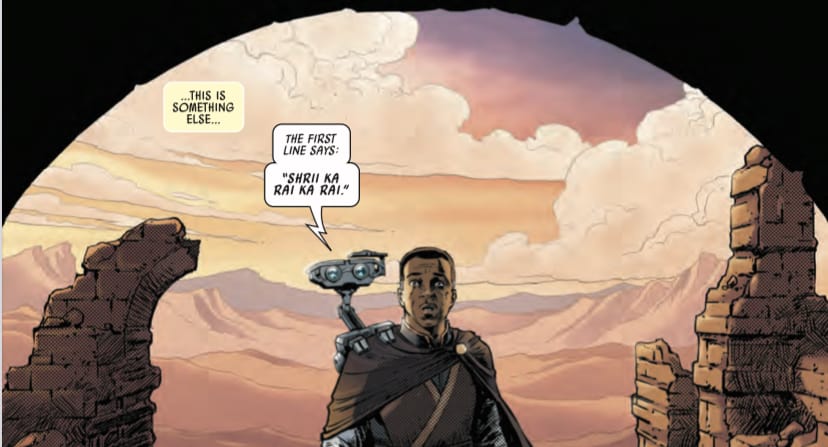 The mysteries only get deeper in this first issue. Holt finds herself in danger and Emerick finds himself in wonder. It will be very interesting to see how these characters’ stories end up overlapping.