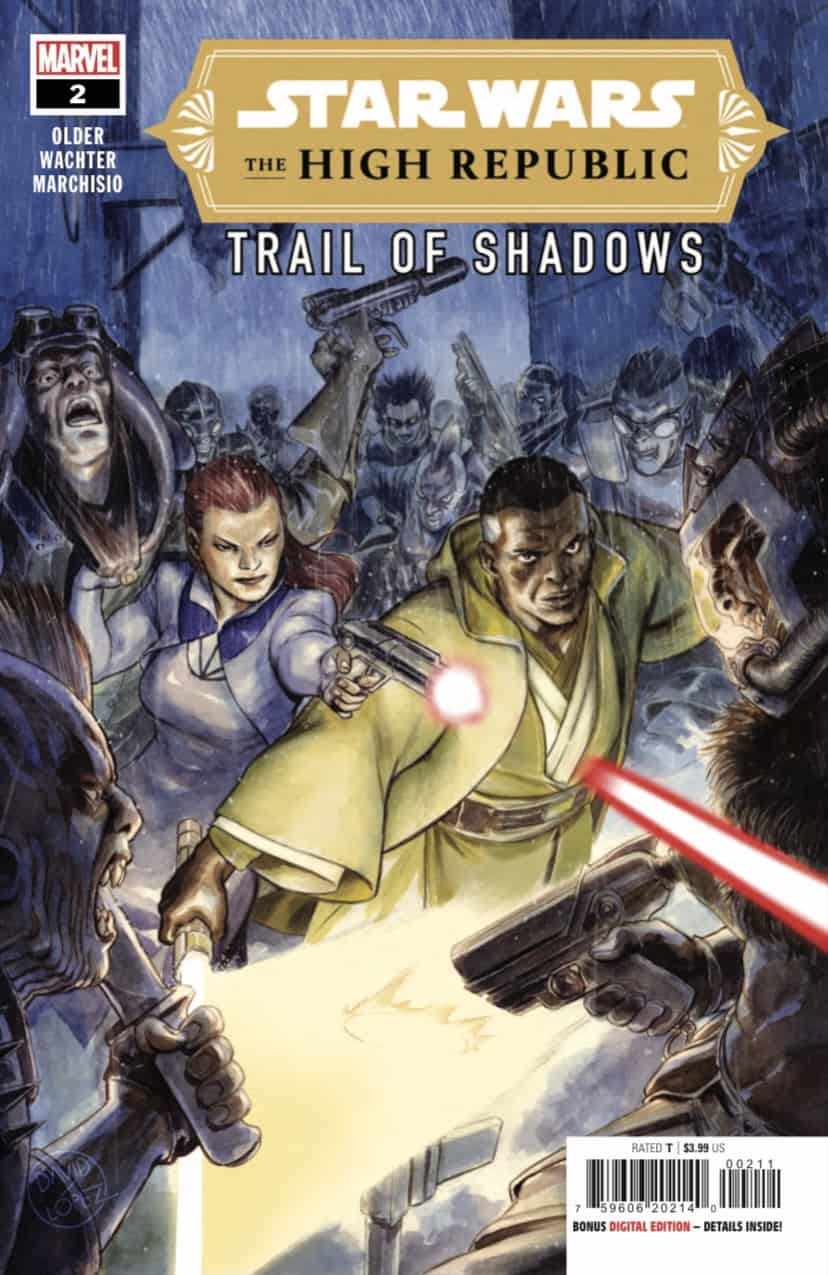 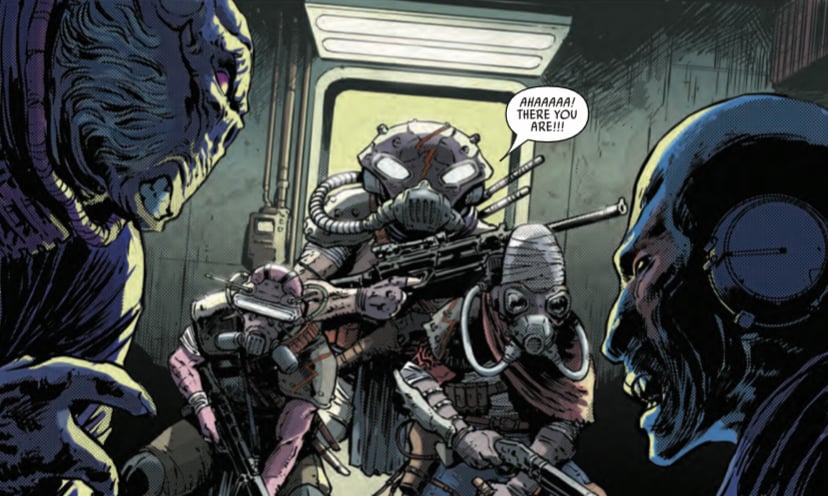 Two investigators on separate missions find their paths have crossed. One is a Jedi trying to uncover a mysterious Nihil weapon. The other is a private investigator looking for leads on her partner’s murderer. Both will need to join up if they are to get any answers.

This new series is one of the riskiest and most unique attempts Marvel has ever made with a Star Wars story. Not only does it take place in the High Republic era, which is filled to the brim with stories already, but is seems to be influenced heavily by the crime noir genre. That is something that is typically not covered in Star Wars comics. However the practical way in which the story ties itself into the overall plot of High Republiccoupled with the genre mixing is what makes this series work. This series doesn’t just touch the noir genre mixing, but it presses it hard and owns it completely. The era in which it takes place has an feeling of an older time, like and old crime drama. The art is grittier and shadows play throughout every page. Both Caphtor and Holt seem like very lonely people, but really comes alive when they are investigating. There is even a hint of possible romance. Everything about this series screams the noir influence, and Star Wars as a whole is better for it. 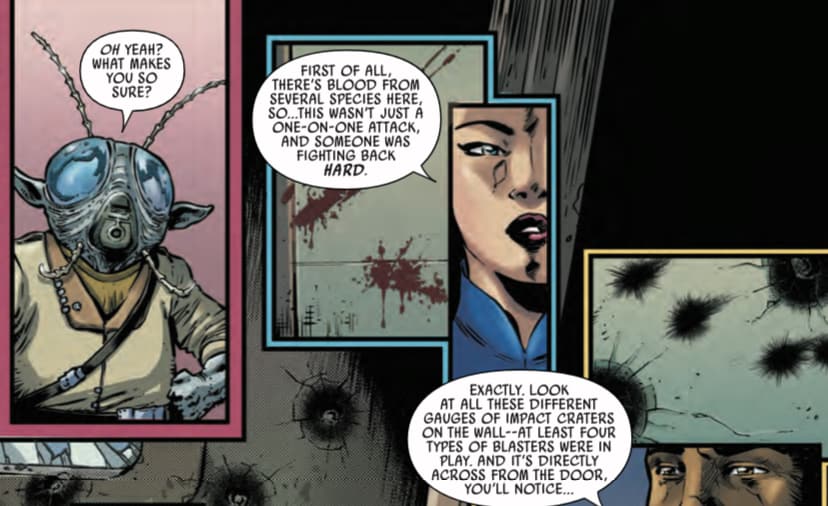 One of the most intriguing parts of this issue in particular is how it sort of re-writes the settings and characters to fit the genre style. The authorities of the chancellor, senators, and other Jedi act as moral compass as opposed to simply being allies. They aren’t there to help. They are there to get answers just like the main characters. They express doubt with mixed hope in Holt and Caphtor’s new mission, but send them on their way like a chief in an 80’s buddy cop picture. Star Wars is not without shady and monstrous characters, so they are everywhere in this. They don’t need to be adapted to the noir style as much and even act as an element that grounds the story in Star Wars through familiarity. The Nihil however get to fill a new role as just basic thugs as found in any good detective comic story. In other High Republic stories, they are vicious pirates, bent on destruction .The Nihil in this series are almost comically over confident as well as cowardly. They come in with force but are easily scared off, which makes them perfect throw away bad guys to be reused whenever chaos is needed. Because there are so many different branches of the  Nihil, it makes sense that these could act different than other Nihil in order to be good in this role. 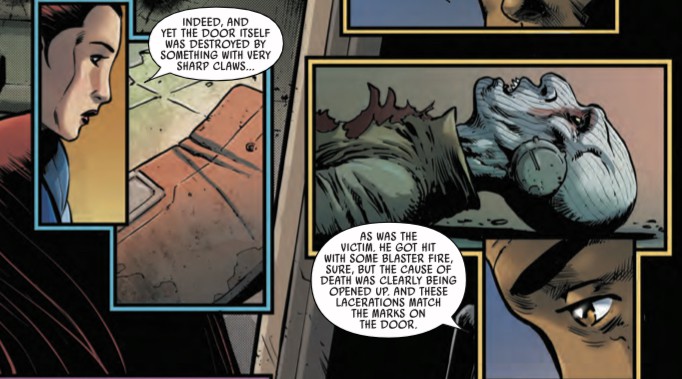 Overall this second issue reaffirms what made the first one so great. It takes such a sideways approach at Star wars storytelling without coming off as feeling off brand. That’s the part that makes this series risky. It is sometimes easy to turn off a potential audience by going off the well worn path. This series cleverly disguises itself as a typical Star wars adventure. It is only after the journey is started that readers can get a sense of how unique and different this series is. The ability to establish that early and quick only strengthens the appeal to this series by making it very compelling. It doesn’t pull punches and starts to move fast. This gives hope to a continuing story that is very interesting. The only problem with the series looking like a typical Star Wars story, is the possibility that readers could overlook the series entirely and miss out. Only time will tell there. 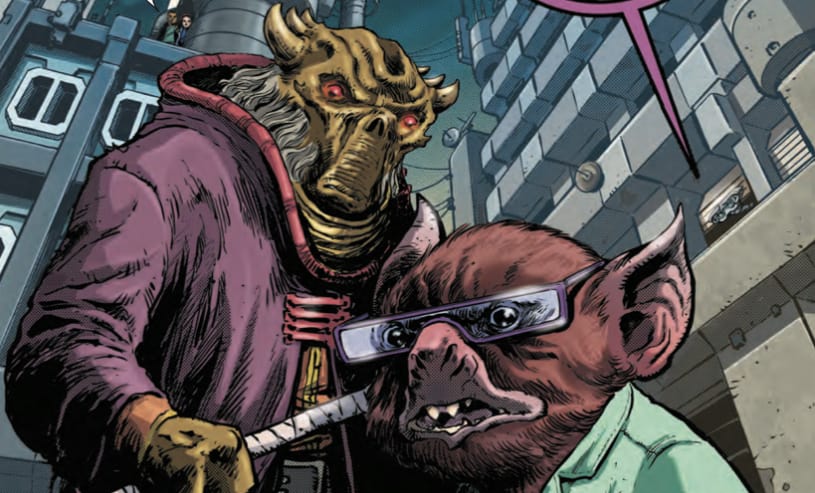 The duo of detectives, having just formed their alliance, have already come across a juicy lead. Getting to the meat of the plot fast speaks well of their partnership, but the deeper into the matter at hand, the more danger they will both be in.

The Death of Doctor Strange # 3 THE MOTHER OF ALL AUTOPSIES
November 24, 2021