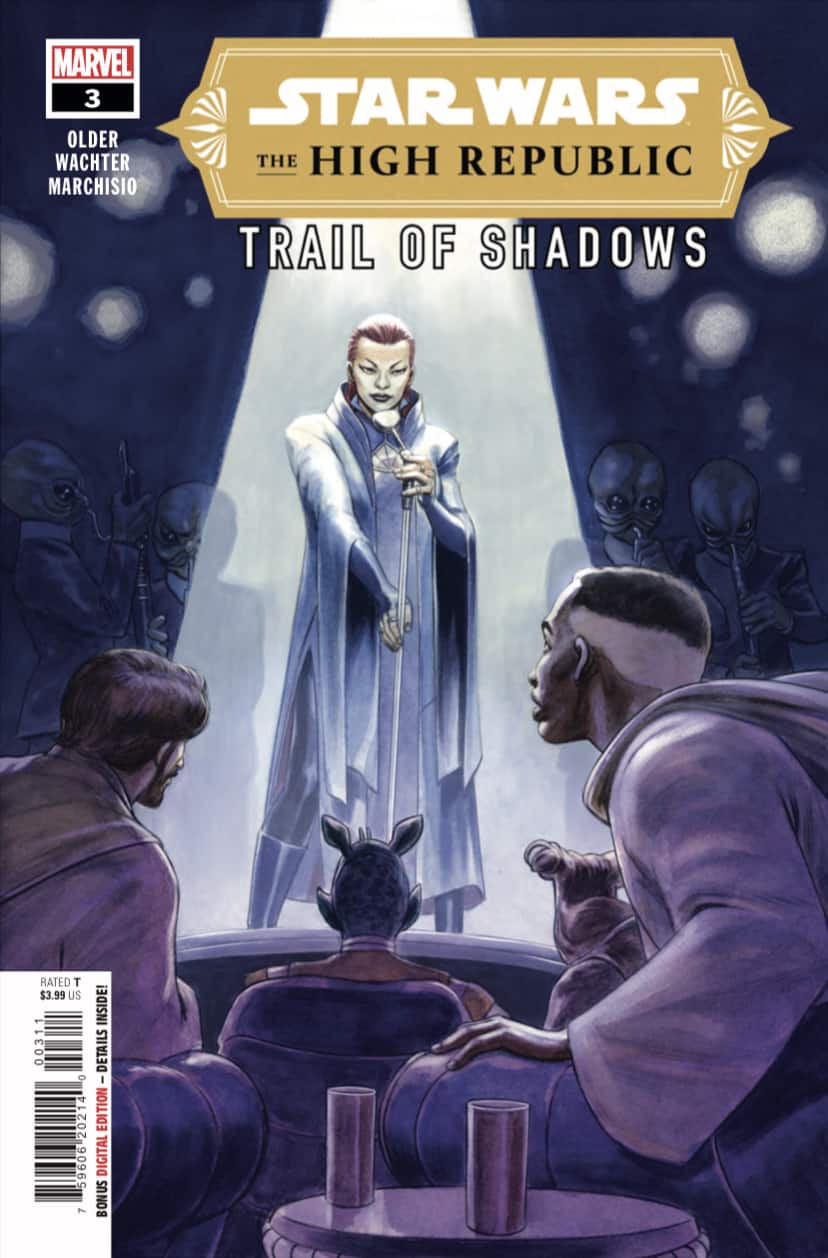 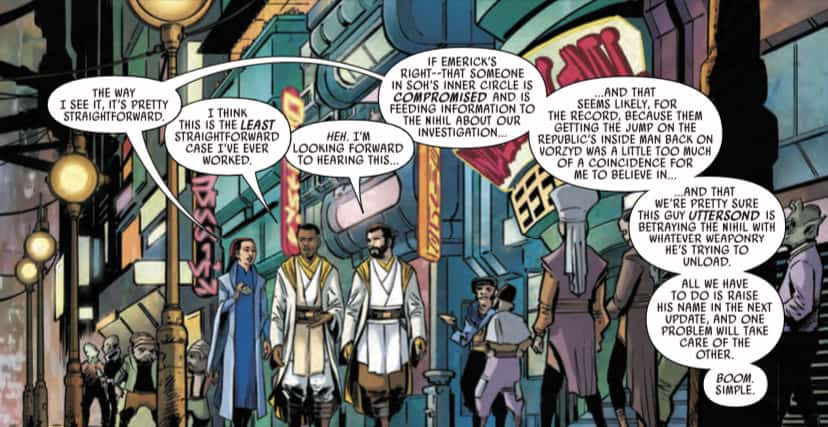 Sian and Emerick have come to a dead end in their investigation. They seek outside help from Stellan Gios to get his perspective on the case. At the same time, the Nihil are also interested in the investigators.

The “High Republic” event spans an impressive series of various comics, manga, and books that intertwine. It is not that strange to see a character for a young adult novel show up in the more adult ones. Sometimes comic characters like Stellan Gios shift back and forth between most of the stories that are spread out throughout the entire saga. This is accomplished well because the different writers of “High Republic” stories act almost as a council of storytelling for this large event. This gives a unique cohesiveness to the overall series. This issue in particular exemplifies that cohesiveness by placing many characters from all over the numerous “High Republic” media within it. It acts almost as a lynchpin to ground the events of all the current stories. There are characters from the main “High Republic” series as well as the IDW “High Republic Adventures” comic. A few names from the main adult book line get dropped and some characters from the young adult series of books show up as well. 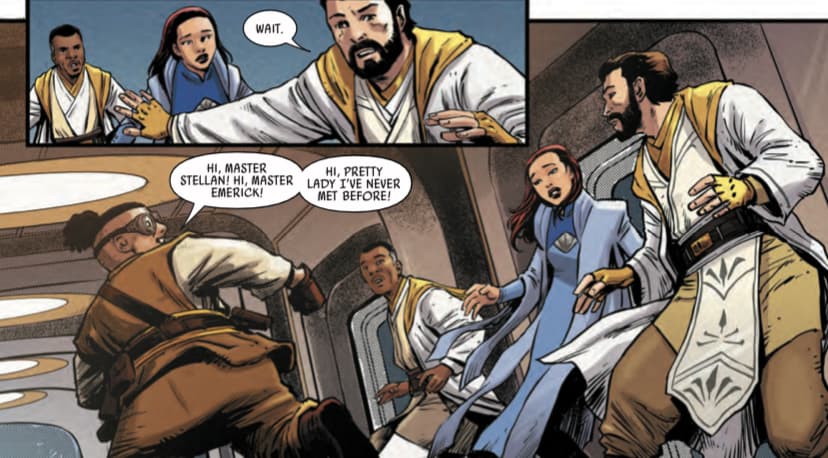 More important than just placing a lot of Jedi from the other comics and books together, this issue also represents a specific period of time in the “High Republic” series. In the past six months of releases, the various books and comics have revolved around this Nihil weapon that devastates Jedi. This issue contains an open discussion of all the different encounters the Jedi have had with it in various books and comic series. This chapter collects all the different accounts to help the Jedi try and define what is attacking them. On top of simply tying all those stories together, there are small clues hidden in the art that will allow hardcore fans to place the exact points in other series where this story fits in. A good example of this is the depiction of Qort without his skull mask. That was something that happened recently in IDW’s “High Republic Adventures” series. 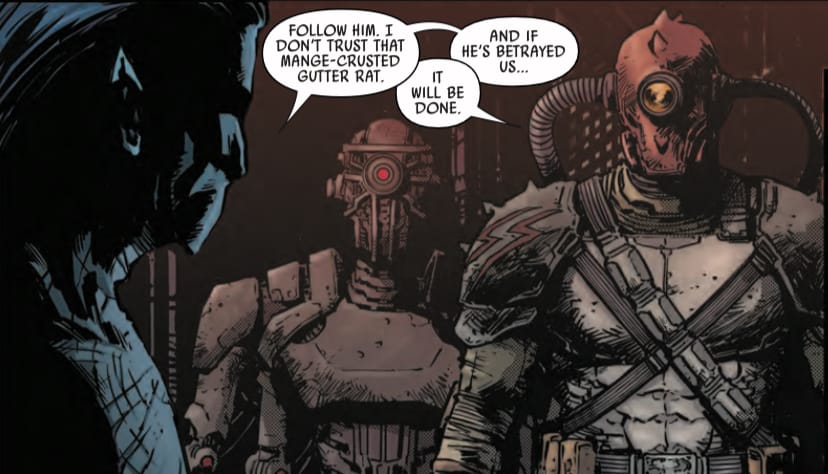 It is not just the Jedi of this era that get represented in this issue. Many Nihil characters from other “High Republic” stories are present. The most notorious Nihil to make an appearance is Marchion Ro, The Eye of the Storm. He is the Nihil supreme leader and rarely makes appearances. However he is in this issue a few times, as are some of his closest associates. Marvel’s main “High Republic” series has similarly started showing well established Nihil from the novels as a larger part of the comics. This is important because they were not very present in the beginning of the “High Republic” Marvel series. The fact that they are being represented more and more shows that their overall importance in events to come will increase, especially now that the Drengir are no longer a danger to the Jedi. 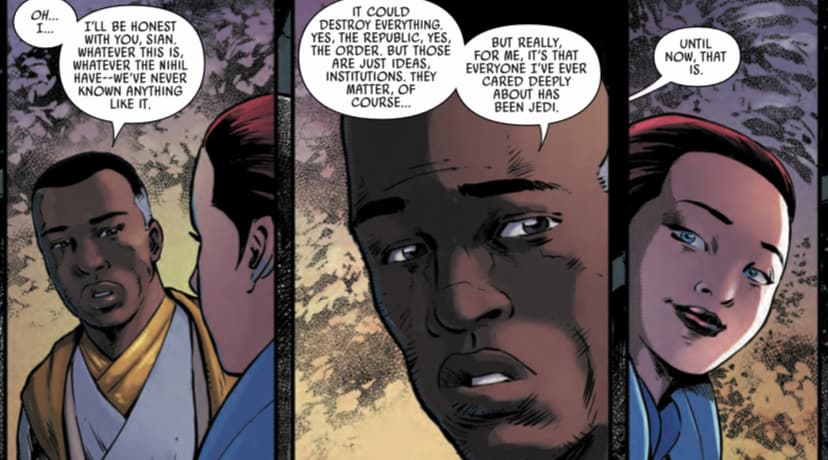 This issue takes a nice detour to tie in all the events and characters from all over “High Republic”, but it also shows Emerick and Sian getting closer. Now that they have been able to regroup and meet with other Jedi, they must continue their investigation.