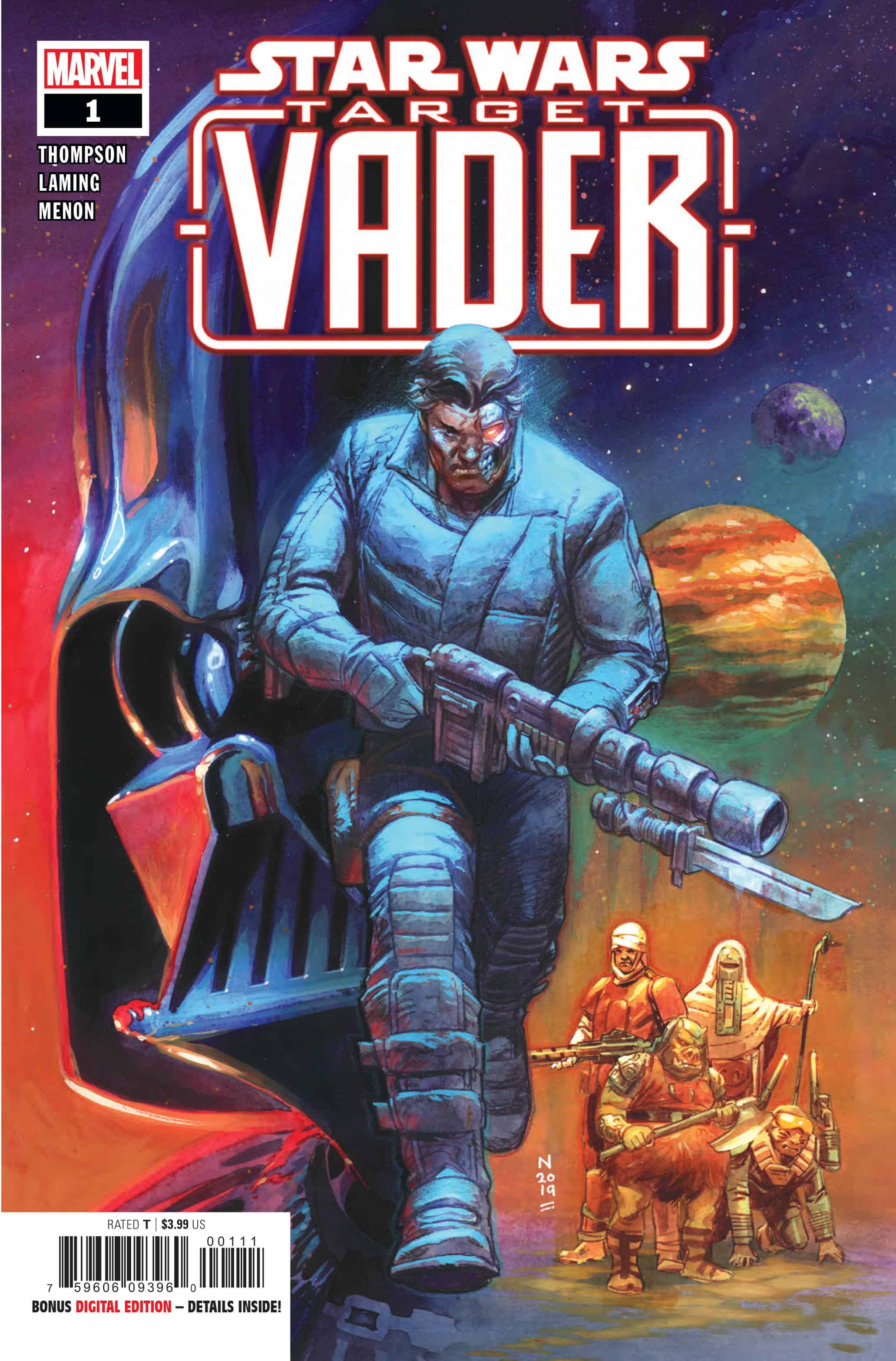 Darth Vader becomes the target as a mysterious organization he is tracking down seeks to eliminate him from their trail by turning to someone that has a personal score to settle with the Lord of Sith: Cyborg bounty hunter Beilert Valance!

Robbie Thompson sets the pieces on the board in this first issue. Vader has been tasked to track down a shadowy organization known as the Hidden Hand by the Emperor who want them exposed and destroyed for supplying arms to the Rebels. The Hidden Hand in the meantime send someone to recruit the disgraced former imperial officer turned cyborg bounty hunter Beilert Valance to lead a hit squad on Vader, made up of several recruits with one purpose in mind: Kill Darth Vader! 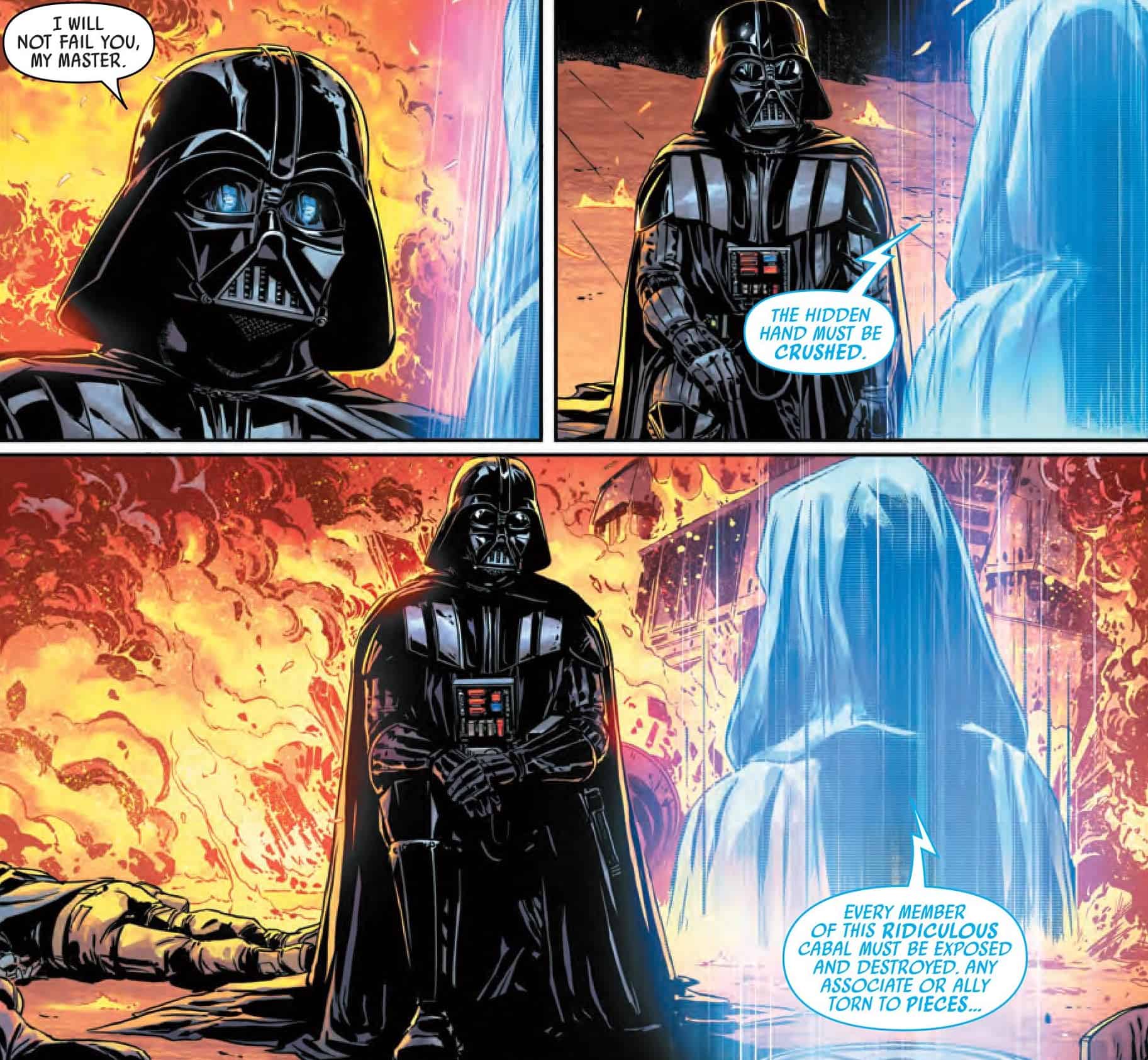 Thompson deftly places everyone in a well-paced, well-written opening issue, Darth Vader is written as he should be relentless and deadly. The dog eats dog world of bounty hunters is conveyed through excellent interaction between Valance and other bounty hunters…it’s a wretched hive of scum and villainy that keeps you interested from page one. 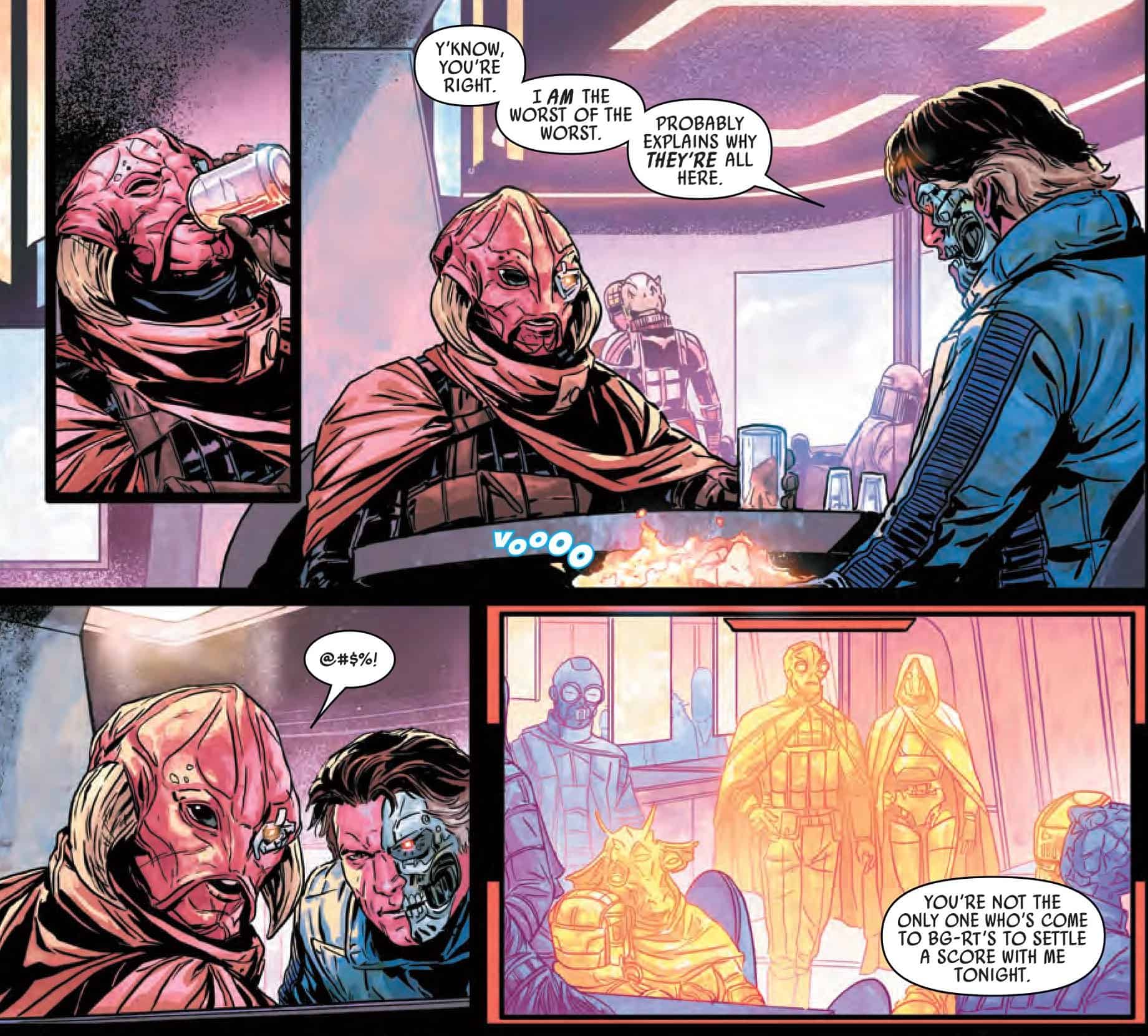 Thompson weaves in former comic canon into the way he writes Valance which is to be respected. Valance’s loathing of mechanicals is something that always stuck with me from the original Marvel run and Thompson uses it in the story which makes for a comfortable sense of character continuity for someone that has read the older issues involving the character. Having Dengar a minor character from the bounty hunter scene in Empire Strikes Back is a nice touch as well. The team of characters Thompson has assembled are all interesting and the reveal of how the wheels have actually been set in motion at the end of the comic really leaves me confident that we in for a great ride. 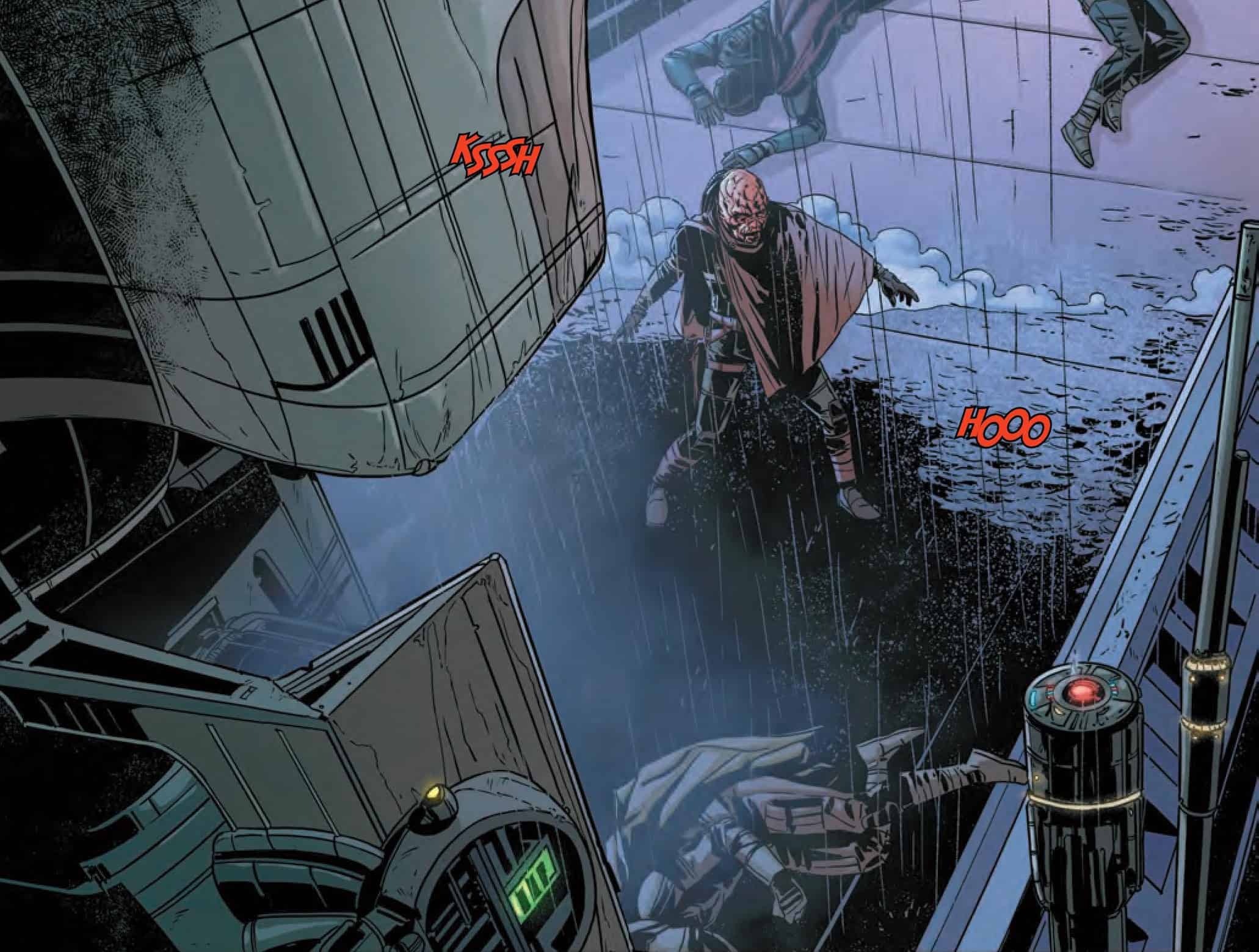 Marc Laming’s art which was really impressive in the recent Boba Fett Age Of Rebellion one shot is again excellent in this series kickoff. Laming isn’t afraid of detail and when that detail is combined with strong coloring you get a great result every time… being able to show the reflection of the Emporers holographic image in Vader’s mask orbs is the kind of detail I love seeing. I am not sure where the exact art change between Laming and Bolson is in the book which is consistently solid throughout, changes in artist and the multiple colorists used for this issue not being noticeable at all! Neeraj Menon, Jordan Boyd, Andres Mossa, Federico Blee, Erick Arciniega are all credited as colorists on this issue which may or may not be correct but if one or all they did an amazing job. Colors are rich vibrant but also of a tone that has the Star Wars feel which is a weird thing to say but true none the less. 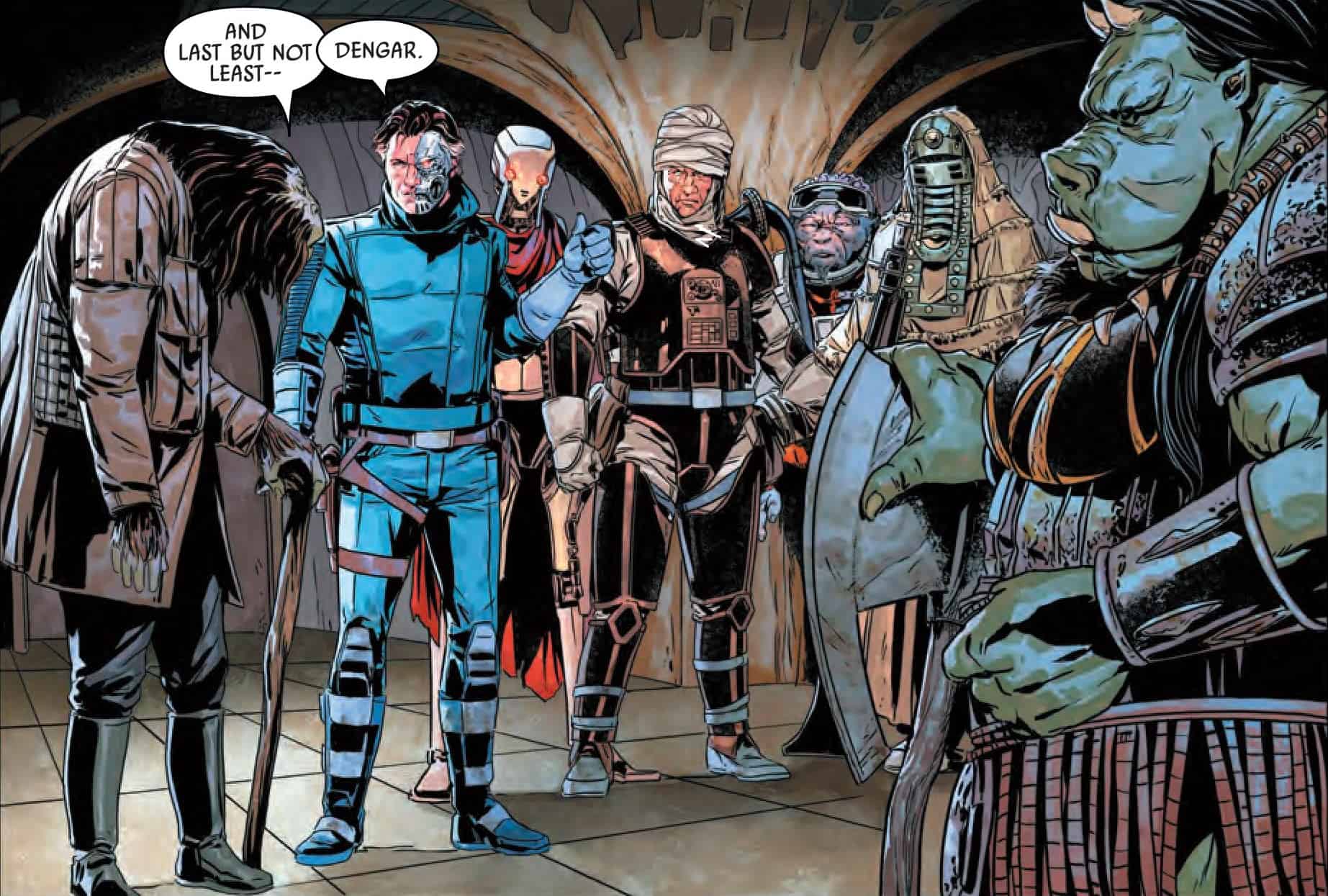 Clayton Cowles is one of the best letterers in the business and this issue is no exception. speech bubbles and sound effects perfectly placed not to detract from the image but still feel organically part of the panel.

Special mention to Nic Klein for an excellent cover which has a Ralph McQuarrie like feel!!

This is a great way to start a series with an issue that places everything on the board and sets up the players to lead us into the rest of the series with rock solid writing and excellent art. Strap in and get ready, the hunt has begun and I am here for it. Highly recommended!