Star Wars – The High Republic #13: Revenge of the Jedi 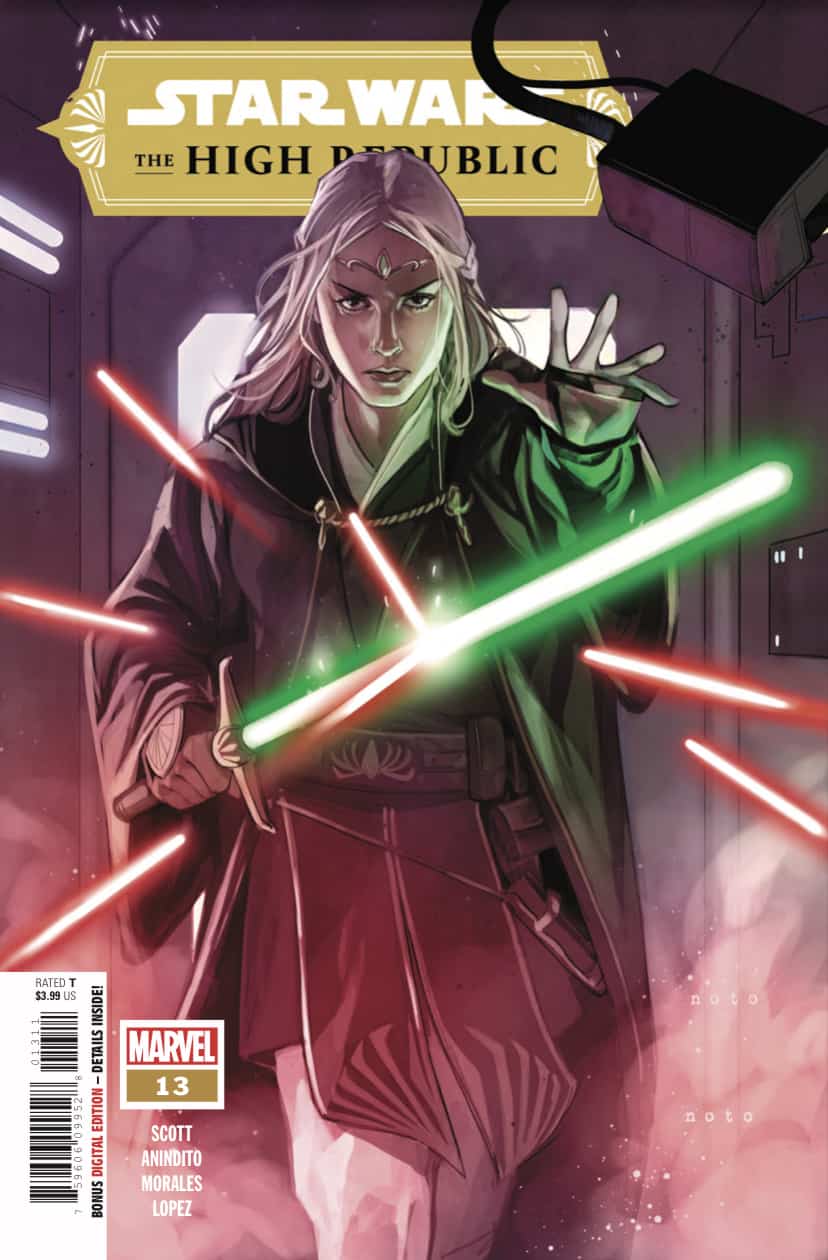 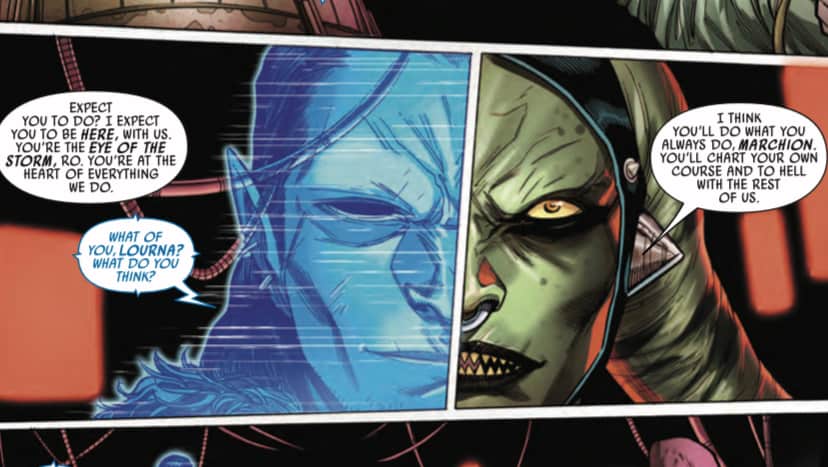 The Nihil have proven themselves to be a dangerous enemy to the Jedi. Having created and used a weapon that can destroy the Jedi easily has put an even larger target on then Nihil than they already had. Now Avar Kriss and the Jedi of Starlight Beacon are coming for them.

For the better part of the High Republic books and comics, the Jedi have been presented as noble warriors of a golden age caught up in a sudden conflict they were not prepared for. It has led them to fear, which has lead to anger in some, and hatred in one of their greatest champions. There is only one more logical step, suffering. At the beginning of The High Republic novels, Avar Kriss is presented as this grand poster child of the Jedi. She is wise, powerful, graceful, and the ideal of what The Force can make of one who listens to its song. When this saga began, Avar heroically lead the Jedi into the double threat of Nihil and Drengir. In this comic series specifically, she became Marshal of Starlight Beacon and offered hope and wisdom to others who doubted their resolve. She made a bold move in teaming up with the Hutts, which led to a glorious victory over the Drengir. But then things started to get worse when Jedi started dying. 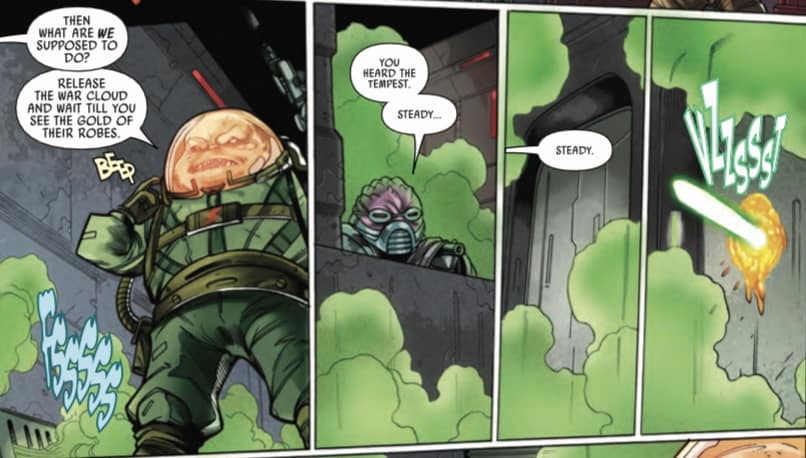 This issue marks the tipping point for Avar Kriss. She has been pushed too far and has begun to ignore the warnings of her colleagues as she personally guns for Lourna Dee, whom the Jedi have mistaken for the Nihil leader. This issue starts out with the Nihil scrambling to prepare for the Jedi to invade their home base, but once the Jedi do break through, it becomes all about Avar as she begins a brutal infiltration of the Nihil base, bent on their destruction. This is not the same golden Jedi that began this war, and the other Jedi can see it. Sskeer, who has dealt with darkness of his own, and the newly knighted, Keeve Trennis can see the darkness that has begun to boil inside her. Ever her childhood friend, Stellan Gios, has tired to stop her. This leads up to the inevitable moment where she turns on one of her own, as well as turning her back on the Jedi who only want to help her. It seems like Avar’s current path might be one to the Dark Side. 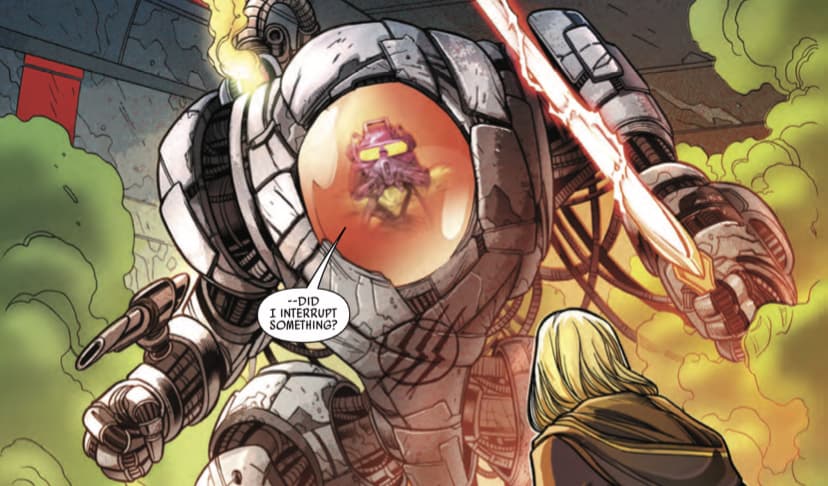 This issue impresses on a few separate fronts. The art is exactly the same great quality it has always been. The coloring is similarly stunning, favoring green above all else. The green of the Nihil toxic clouds, mixed with green lightsaber blades, and even the green of Lourna Dee’s skin tone all represent the toxicity that this chapter represents. A few flashed of gold sprinkled throughout holds firm to represent the Jedi as well. Dialogue is toned down a bit to allow for action, but that in no way means its not ever present and full of emotion and story. This issue represents a major turn in the overall High Republic saga. In fact, if there is one problem with this issue, it is that it’s almost too important. It runs parallel with the latest High Republic novel, The Fallen Star, and that story is not exactly whole without this companion story arc. This comic series, although arguably the very best Star Wars series out right now, is still part of the larger multi-media “High Republic” series that has mostly been presented through various novels. It is possible that fans of the whole story who might not be into comics could feel left out, whereas fans of the comics, or all of “The High Republic” will undoubably consider this a much anticipated turning point regardless of the format. Either way, everything will change from this point on. 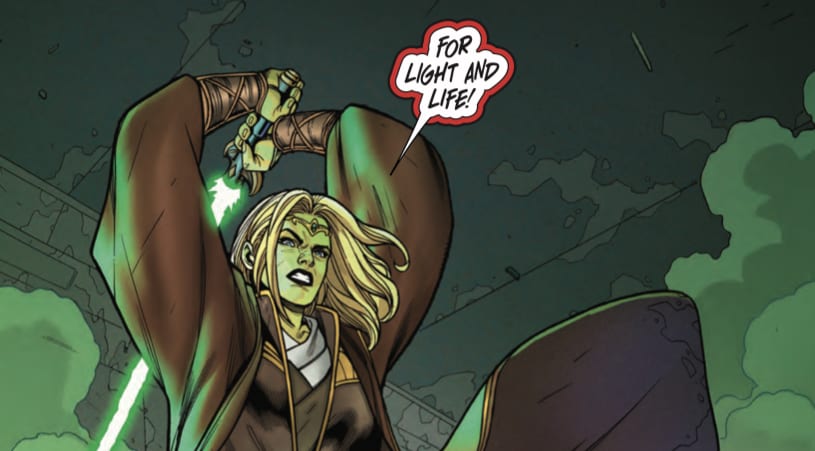 Avar has made her choice, and the rest of the Jedi are powerless to stop her. However there is always hope, which is the cornerstone of the Jedi order. Will Keeve Trennis be able to stop Avar Kriss from making a mistake she and all the Jedi will soon regret?

Star Wars – The High Republic #13: Revenge of the Jedi