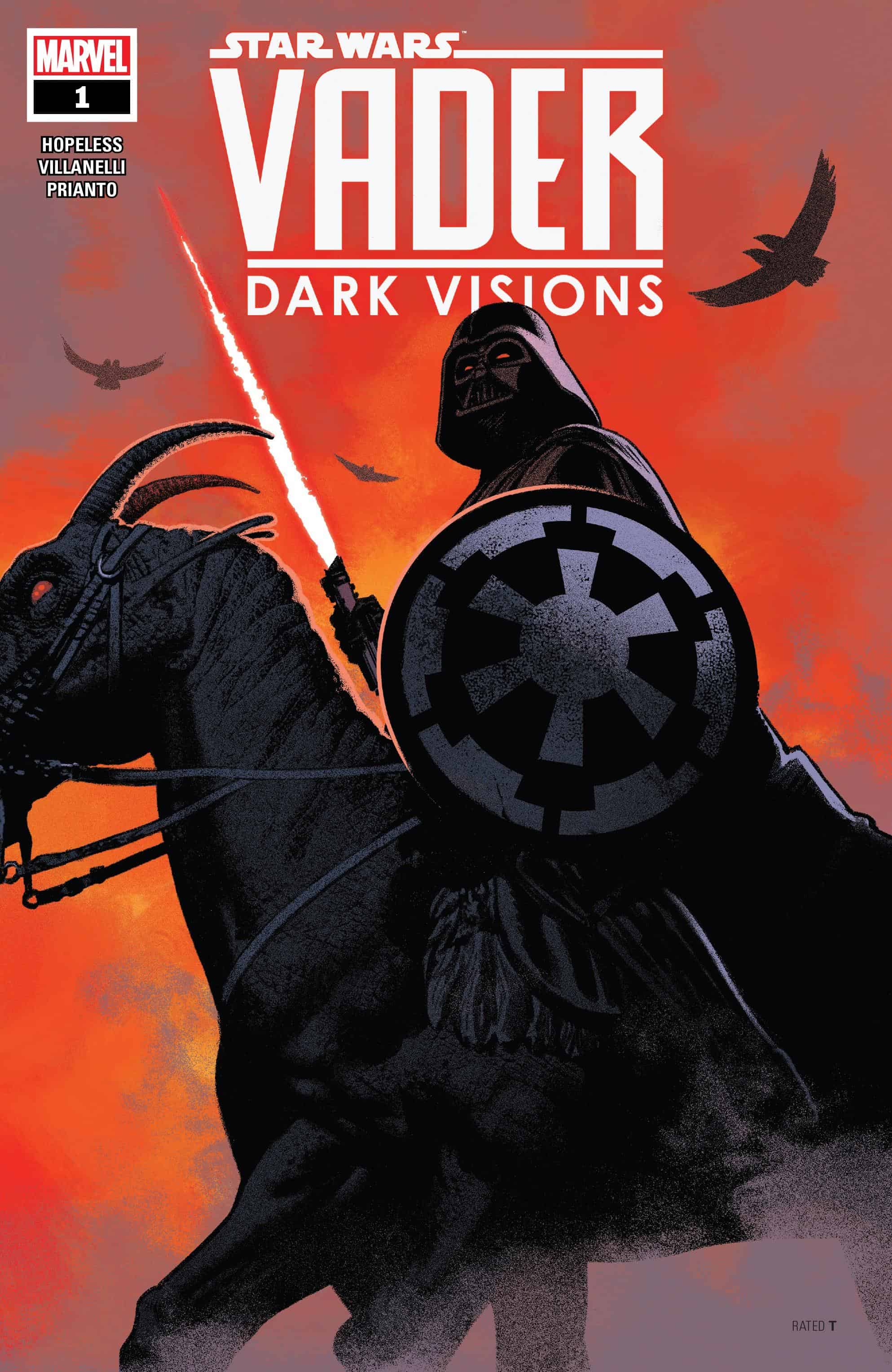 On a distant world where the lives of its inhabitants revolve around the waking and sleeping habits of a monstrous creature that has reduced their society to a primitive level, a young local bares witness to the arrival of a dark sky god, a black knight who we know as Darth Vader...

This is a self-contained single issue story which provides us an insight into a tiny vignette of untold history of Darth Vader, as seen through the eyes of a young local on a world that happens to be below a space skirmish between the Empire and the Rebellion. Vader is forced to land to make repairs when his Tie fighter is damaged in the space battle.

The story is narrated by a young local on the world. The cycle of the world is dictated by a monstrous creature which has reduced the former technologically orientated society to a dark age where the inhabitants spend their lives hiding in tunnels and only emerge to the surface when the creature sleeps. It is a time just before the creature awakens when the local peoples gather as much as they can to survive in the tunnels when the creature awakens. Vader’s rough landing awakens the creature early and an absolutely epic battle between a kaiju size monster and Vader takes place. 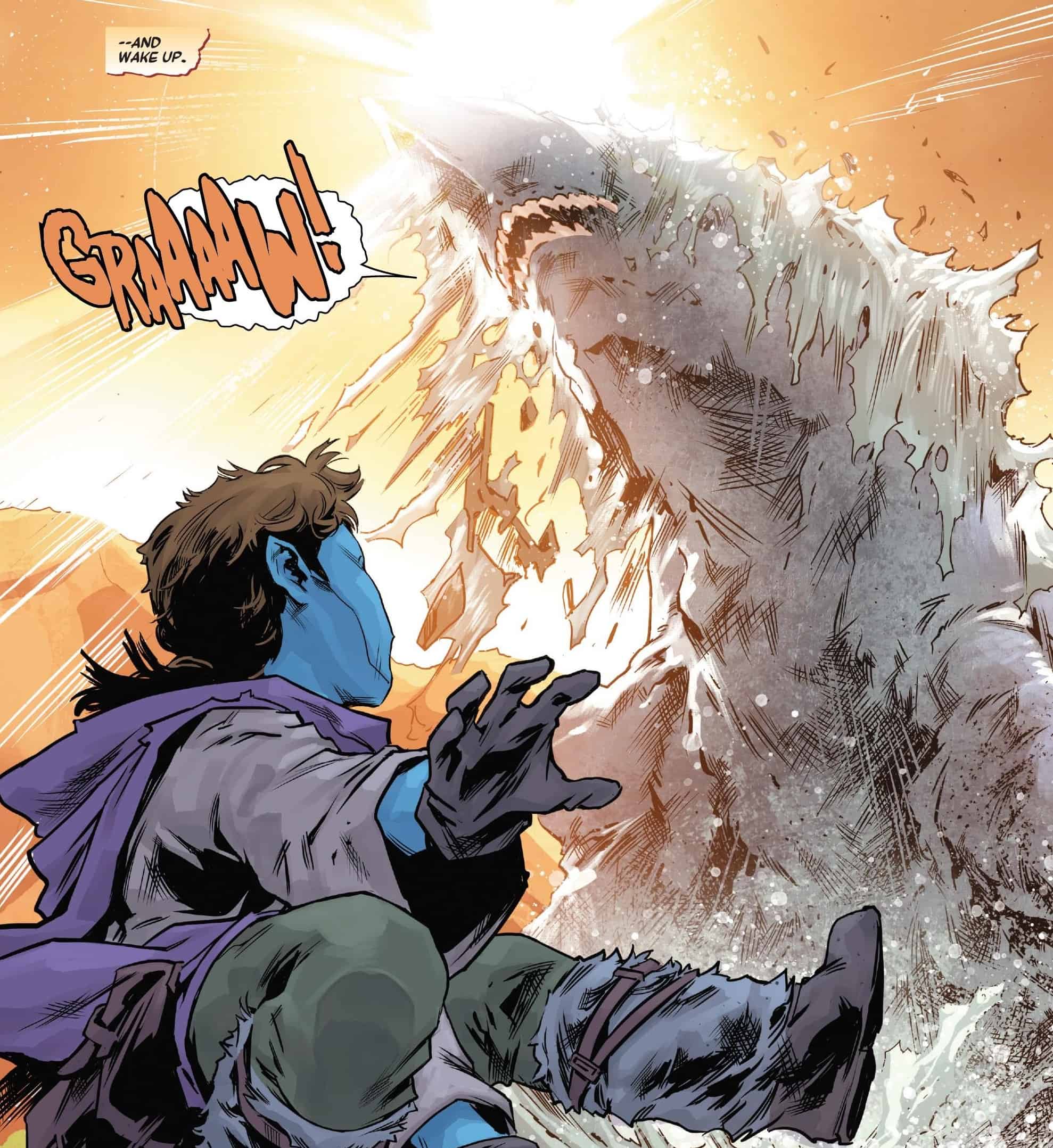 The writing is superb as Hopeless writes the entire piece from the viewpoint of the young local and does an excellent job of world-building in a few quick paragraphs of narration which establishes the world and what happened there. The awe that the young alien expresses as he watches Vader encounter the literal Kaiju size creature is carried across in the narration. 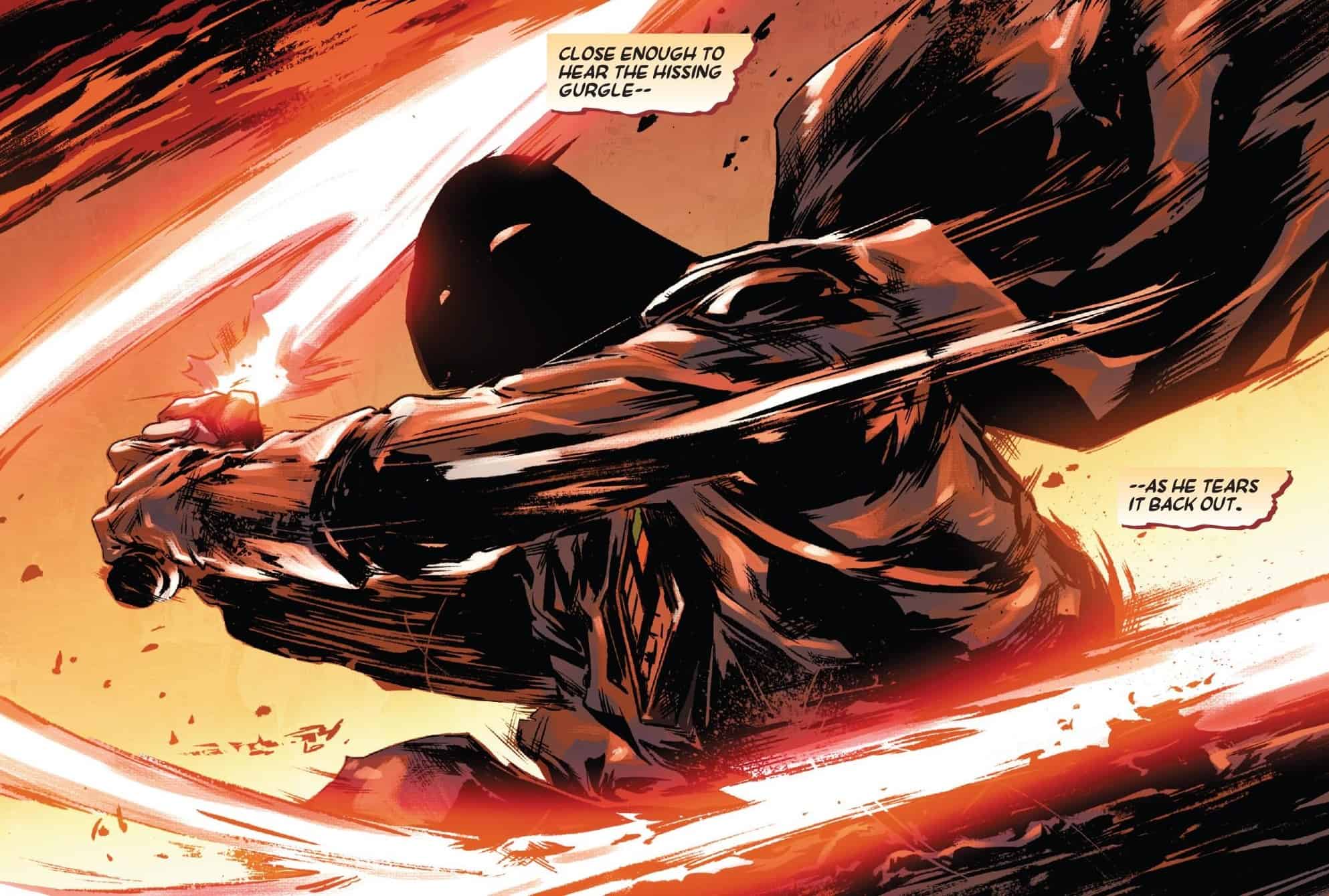 Vader is perfect, a silent, implacable and fearless figure that says nearly nothing the whole issue save the beginning and right at the end. This is not a man, this is an unstoppable force of nature in black armor. Hopeless does not paint Vader as a hero in this. Even though his actions and timing make him a hero in the eyes of the young witness to the whole thing, this Darth Vader is every inch the dark sith lord he is meant to be at this point in time and that for me is the best part of the story. 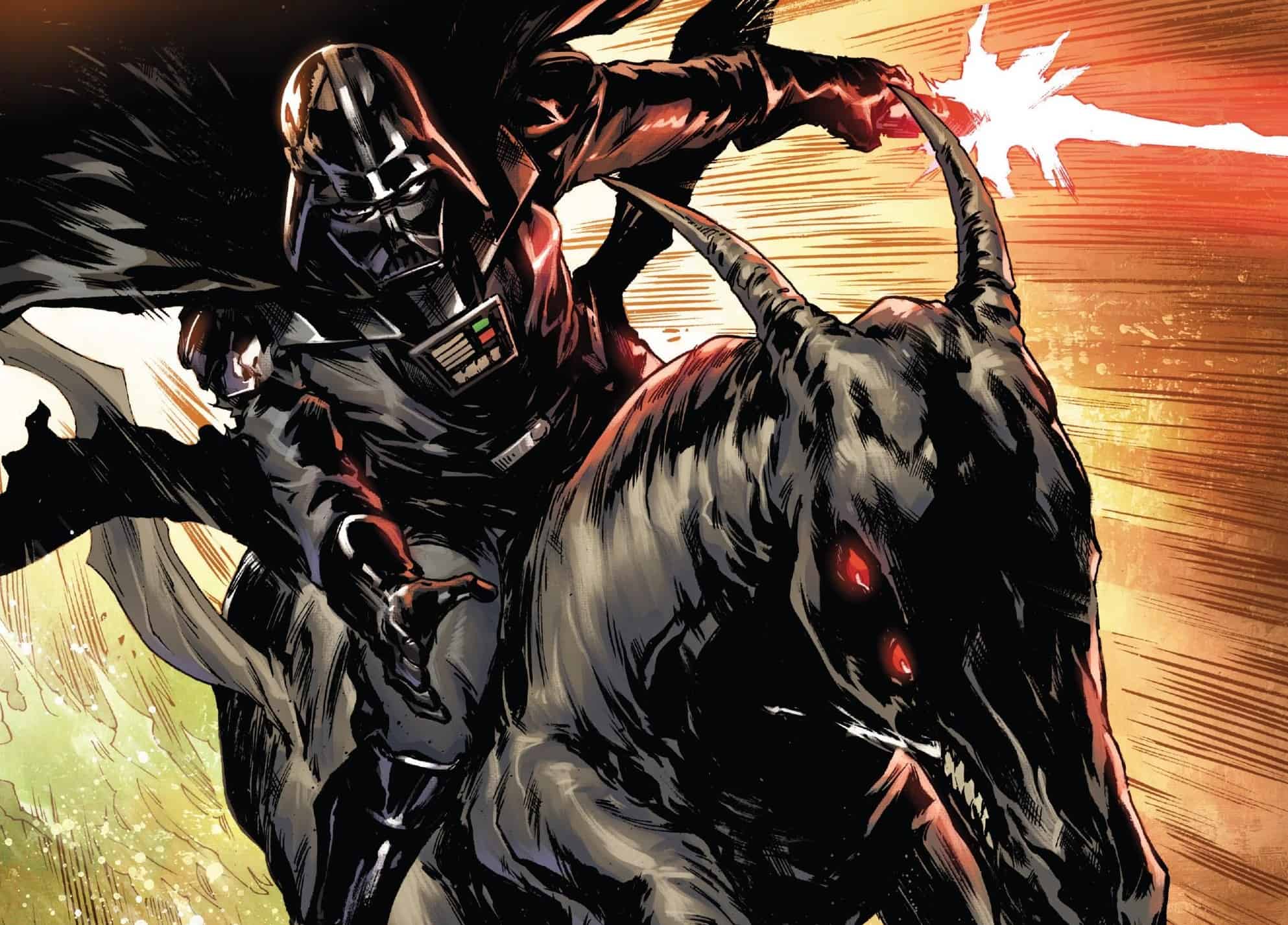 The art is spectacular! Artist Paolo Villanelli draws out an absolutely glorious fourteen-page confrontation between Vader and “Ender” creature as it’s called by the locals, with big bold movements conveyed on the page really well. It truly has to be seen to be believed and there are several splash pages that I went back to multiple times to simply enjoy the magnificently grandiose imagery on them. The art combined with the superb coloring from Arif Prianto and excellent sound effect lettering by Joe Caramagna makes this a stylish first chapter in these tales from Vader’s past.

Great writing from Hopeless and superb art from the whole team get the opening chapter of this limited series off to a perfect start. A complete treat of a first issue that looks and feels just like a Star Wars comic should! Bravo!