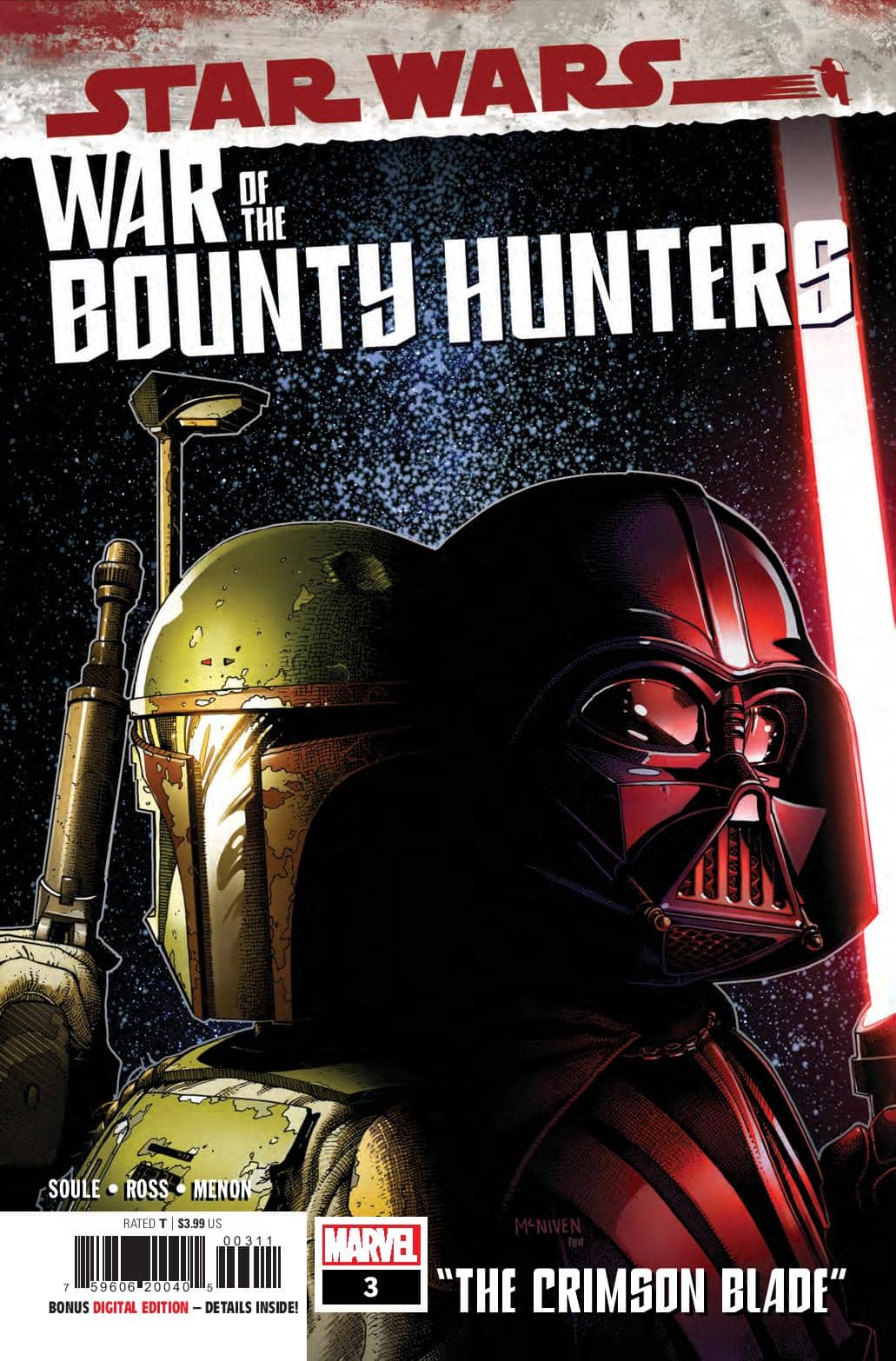 Boba Fett "lost" Han Solo on the way to deliver him to Jabba the Hutt. If that wasn't embarrassing enough like 20 people have laid claim to Solo, the latest being the Empire itself!

I’m not sure if I should describe this issue as “thick,” “dense,” or just “enjoyable.” You know what? It’s all three. Author Charles Soule is good at writing, great at comics, and just plain awesome at Star Wars. This issue is really immersed in Star Wars lore. Soule throws in stuff from the original trilogy, the prequels, the sequel trilogy, and even the expanded universe (I’m not sure if it’s still called that or not, but you know what I mean). Han Solo is almost a hot potato in this issue, with multiple people claiming that they own him, it’s almost funny how he bounces around from person to person. It’s also a tour de FORCE when it comes to the inclusion of other characters and Star Wars comics. The issue can be read and enjoyed but if you’re all in on the War of the Bounty Hunters and are reading all the tie-in books, you are going to get a LOT more out of it. Bravo to Soule for not ignoring continuity and other artists’ books. It’s a very old-school Marvel thing to do and I wish people who wrote other Marvel books would take a cue from Soule and do the same. 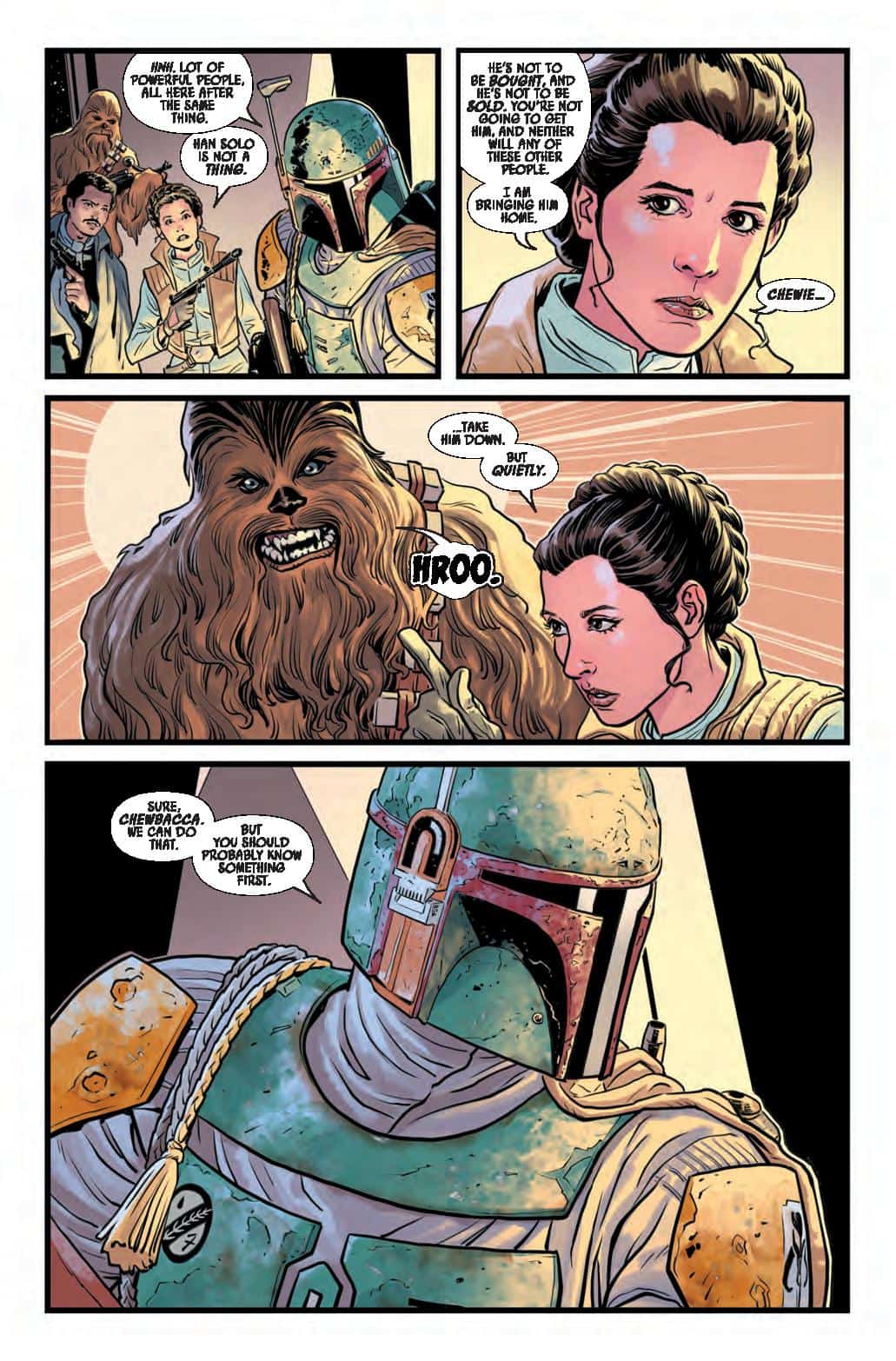 We get two artists this issue, Luke Ross and David Messina. They have noticeably different styles, but they work very well together. Pages flow into the following pages and it’s got a really nice feel to it. It must take a LOT of work to draw a Star Wars book, with all the details that go into it. Keeping all the aliens and troopers looking like they should isn’t easy, but both artists execute it with ease. It’s a really great-looking book.

Another great chapter in this event. It's gotta be hard to do a Star Wars event. You have to tell a compelling story without changing certain events and you have to "land" at one particular place. Hats off to Charles Soule and company for doing a really great job!