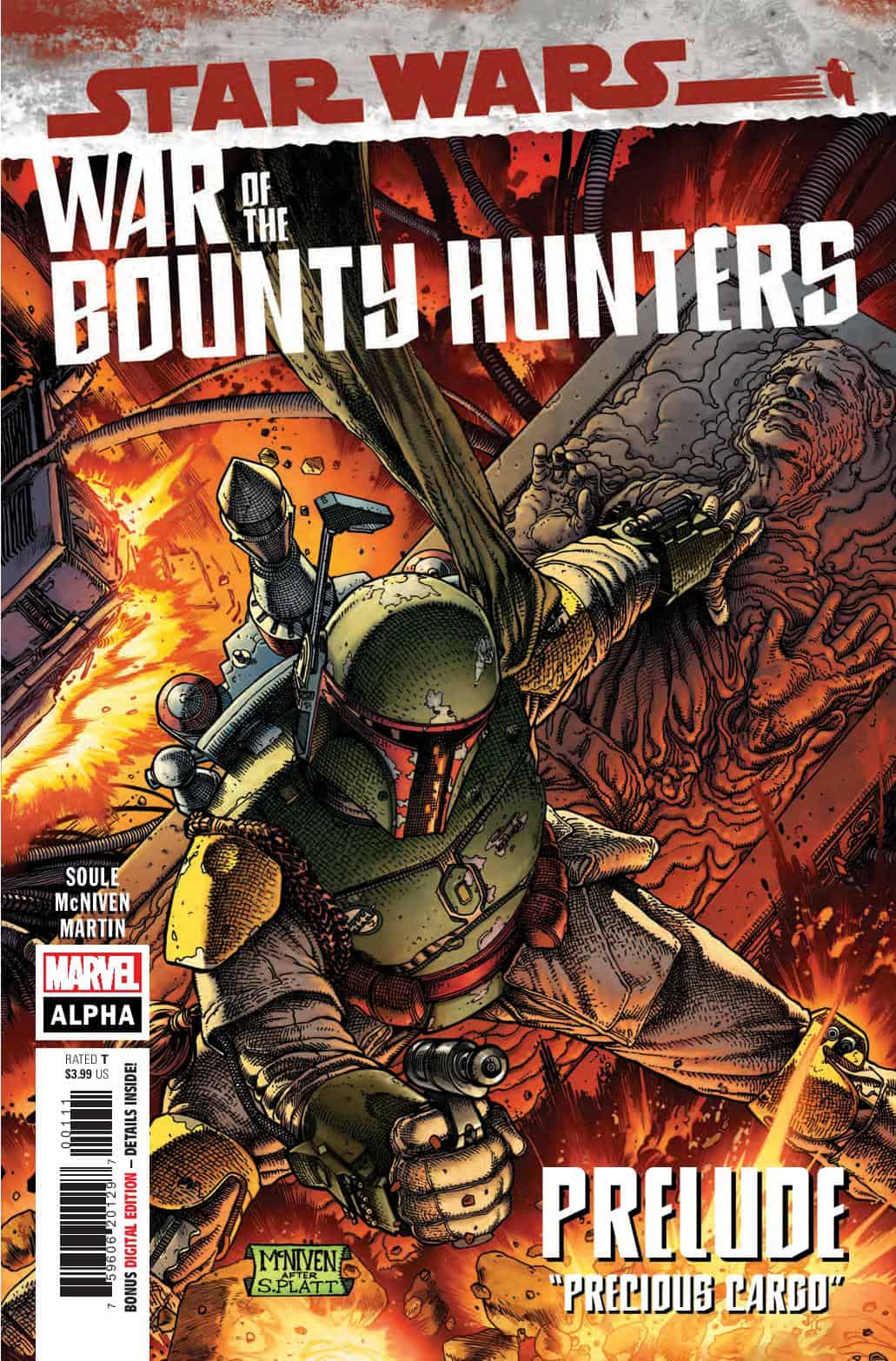 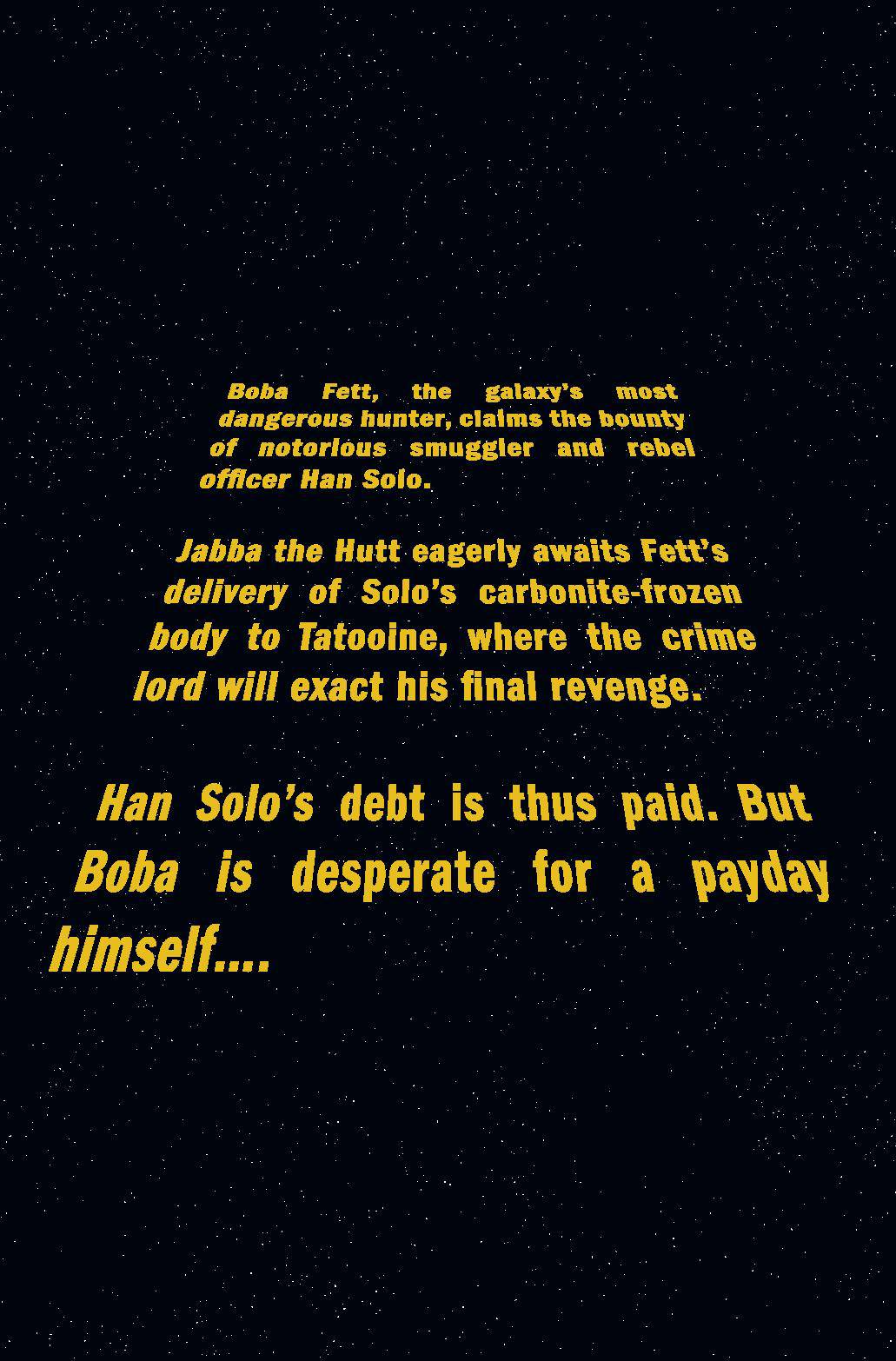 My forecast for this summer calls for TOTAL AWESOMENESS!!!!…with a chance of meatballs. Jimmy likes to eat.

But as for the total awesomeness part, that’s all from the mega-crossover running through most of the Star Wars books called War of the Bounty Hunters!!! Dengar is still nervous about Covid and he’s on the hunt for Bounty paper towels, which takes him fro…wait, I don’t think that’s right. Whatever the plot is (I’m not telling because the editor’s said to make sure this is spoiler-free or else they’d break my Star Wars toys) it’s gonna be EPIC! Kicking things off, the very talented Charles Soule kicks things off with everybody’s favorite Bounty Hunter who gets dealt some bad luck and has to come up with a plan out of thin air.

Surprisingly, it’s something that hasn’t been done to death in the Star Wars franchise and Soule has you on the edge of your seat throughout the whole thing. He actually manages to tie this story in with one of the prequels in an odd way, and it totally works and gives the whole book a whole deeper layer and a peek behind the curtain as to the motivation of the main character. And, it wouldn’t be a comic without some shocks and surprises that will hopefully get paid off sooner rather than later. Just how this is going to tie into some of the other Star Wars titles is a pretty interesting guessing game. There are some that are a natural fit, but some of them have got me scratching my head. It’ll be fun to find out, though. 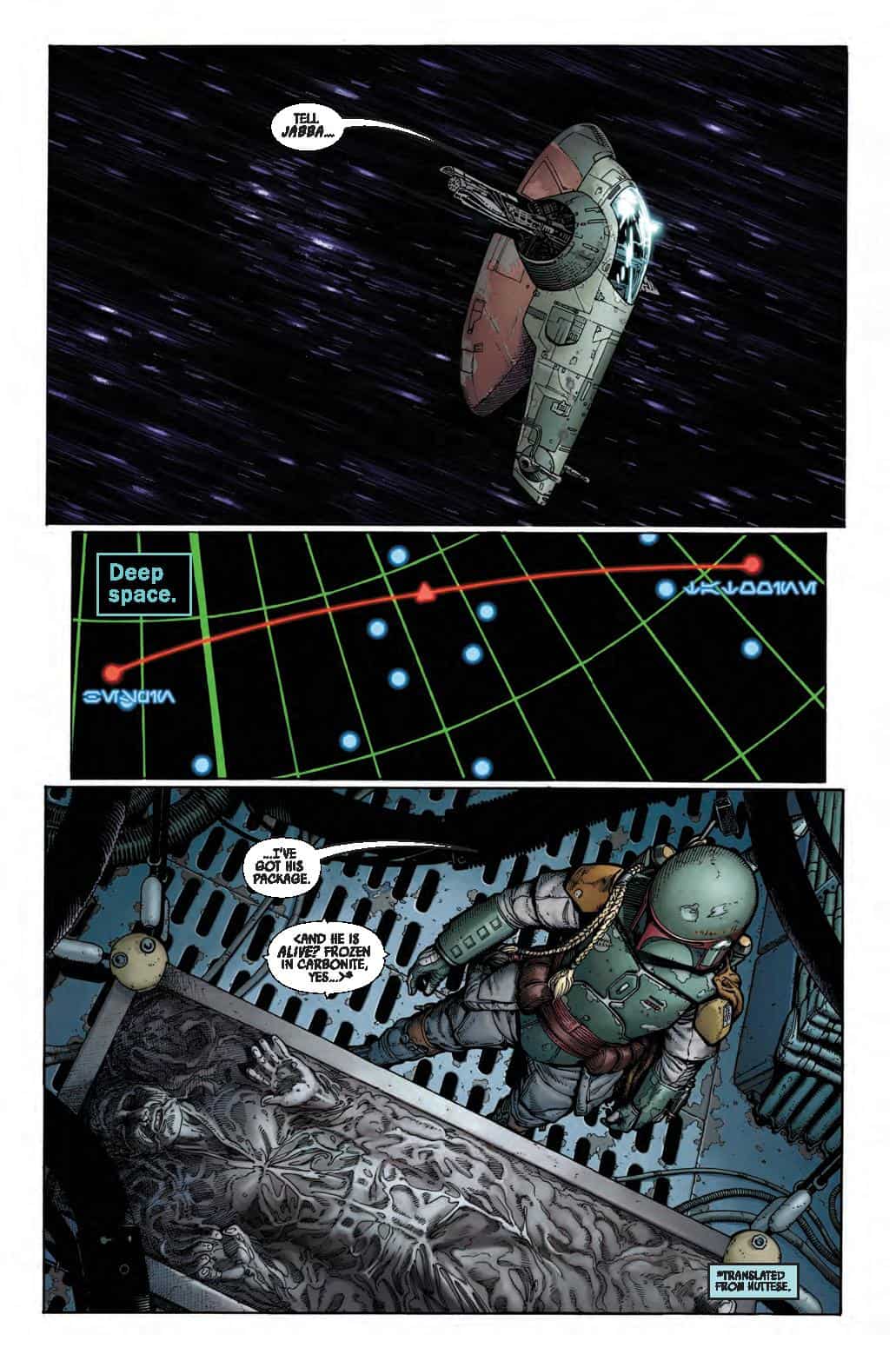 The art in this book is by Steve McNiven and you could’ve told me it was by Steve Rogers (fun fact: In the 70s, Steve Rogers job when he wasn’t Captain America was that he worked as an artist for Marvel Comics drawing Captain America!) and I would’ve believed that sooner than I did Steve McNiven. The soft, smooth style that brought you such gorgeous books as Meridian, Civil War, and so many beautiful covers is gone and in his place is a man who is an expert at drawing the Star Wars universe in all its gritty, grimy glory. There are countless cameos by familiar aliens and characters, but they never take the focus off the action.

Regardless, you’re going to want to spend some time looking at each and every panel after you burn through the book the first time. McNiven takes this story to a whole new level by really nailing the cinematic look of the story without the use of (hardly) any double-page panels, which can get really messy when it comes to some artists. I really hope that we see more Star Wars work from McNiven, he’s one of the best artists that I’ve seen take on Star Wars and have it look like more than just a series of movie stills. The art, like the story, is going to take you by surprise in this book.

This is the way you want your summer mega-events to begin: a compelling story, engaging art, and a first shot that leaves you counting down the days until the next chapter. The gauntlet of the summer HAS BEEN THROWN!!!