Star Wars War of the Bounty Hunters Boushh #1: Someone Who Loves You 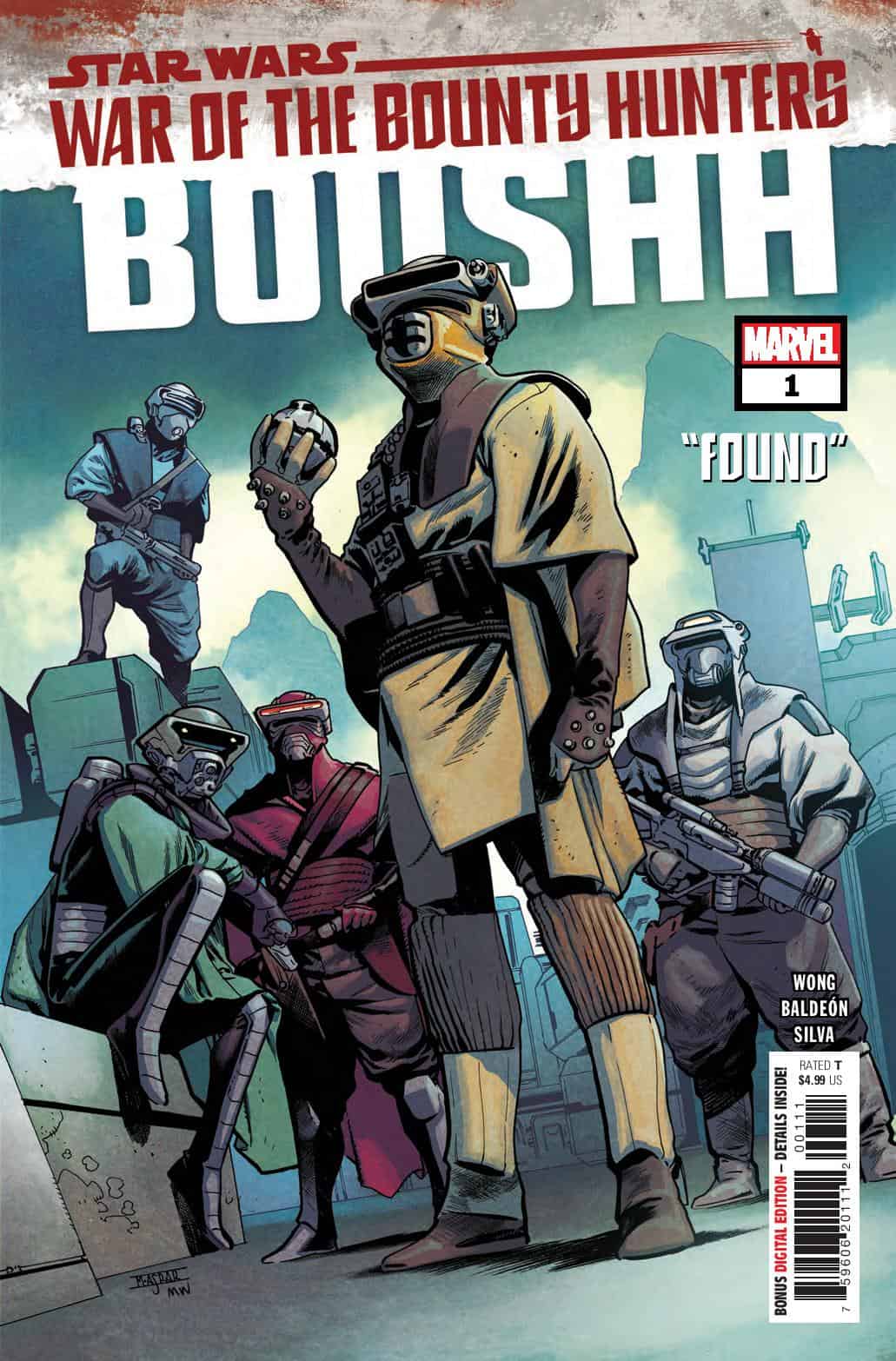 WOAH!!!!! How could the Star Wars galaxy be any more fascinating off-screen than it is on-screen? If you really want to know you’ll read this comic. Author Alyssa Wong crafts an excellent story that’s more than just your average random tie-in to the larger event. She gives Boushh a really consuming and complicated backstory that I honestly, would read a whole ongoing series about it if was available. I should note that I don’t read Star Wars novels, so maybe this story isn’t brand-new, but it’s new to me and the way that Wong tells it, gives it a deliberate Star Wars vibe as well as one that an audience can easily identify with. She also works in a villain that’s familiar to us but gives us an aspect of them that’s not, all this adds up to an issue that you won’t want to look up from, let alone put down. 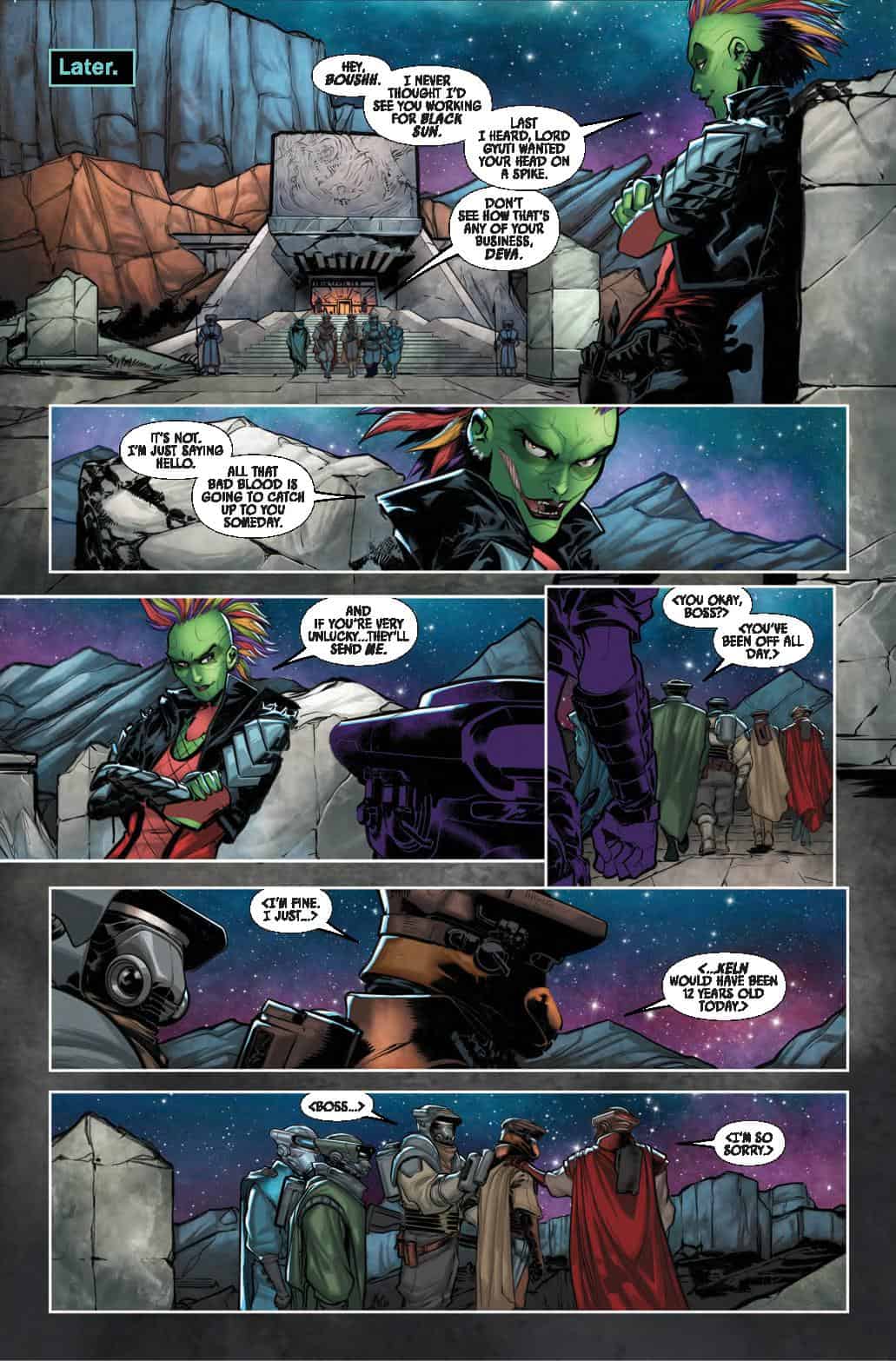 David Baldeon is another reason that you won’t want to put this book down. It is gorgeous to look at and you will get immediately get lost in the pages and forget where you are. Baldeon does a great job rendering Boushh as well Boushh’s family making them look similar, yet different enough to easily tell them apart. He manages to work in some clever cameos that you’ll love as well as giving some very sleek designs to the book’s villains. My hat’s off to color artist Israel Silva as well. He gives the book a mood that’s really very unique and uncommon. The book really stands out visually from the rest of the Star Wars comics being published right now.

A very well-done comic that's going to leave you satisfied, yet wishing there was going to be a direct sequel or next issue. In this case, the only bad part about this one-shot is that it's a one-shot.

Star Wars War of the Bounty Hunters Boushh #1: Someone Who Loves You