Star Wars: War of the Bounty Hunters – Jabba the Hutt #1: Bring Me Solo & The Wookiee

Star Wars: War of the Bounty Hunters - Jabba the Hutt 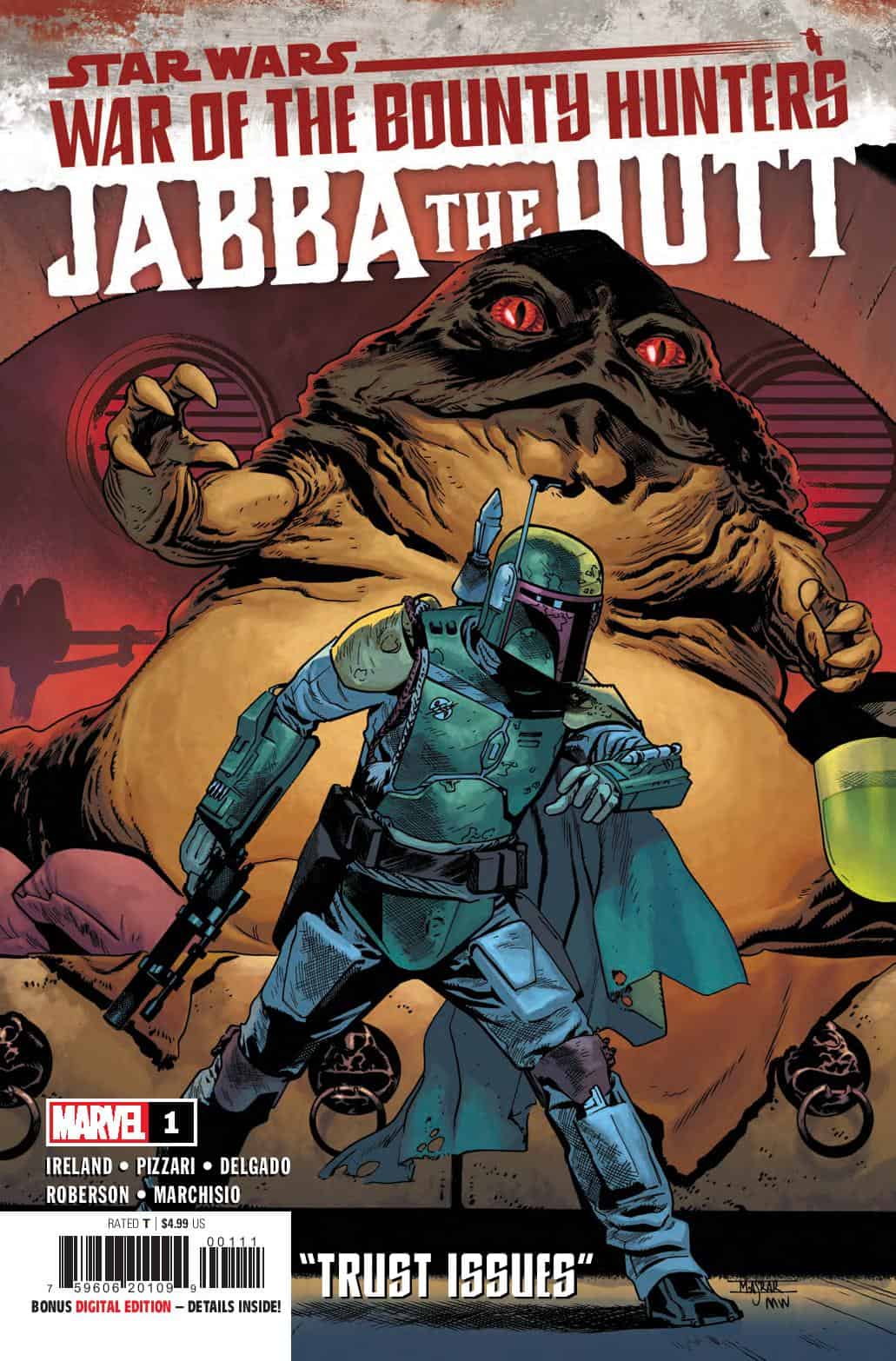 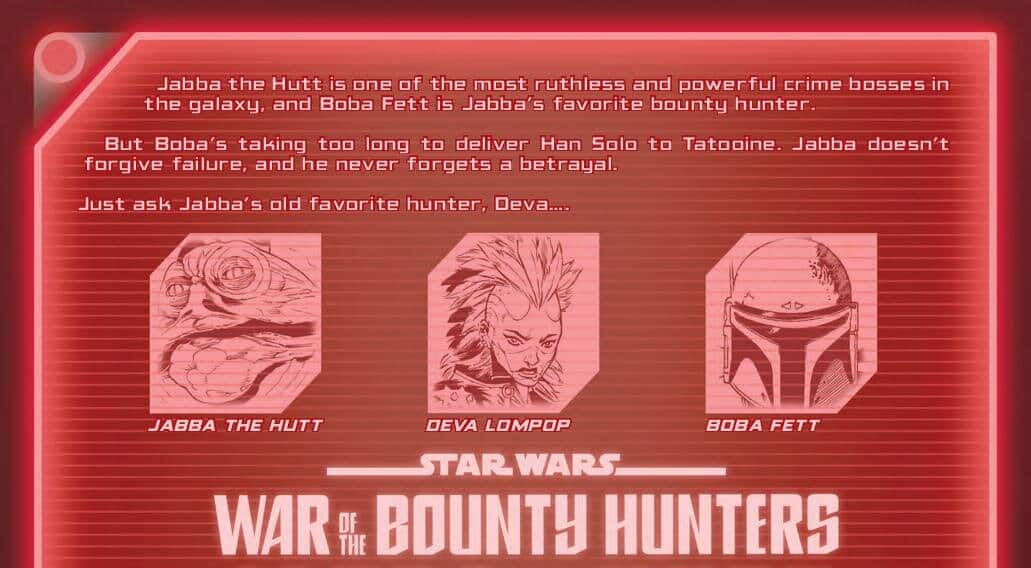 I don’t know about you guys, but I am really loving the “summer crossovers” this year. From Marvel, anyway. DC might be doing some, but I can’t think of one off the top of my head. Anyway, when I saw the one-shots that were going to tie into “War of the Bounty Hunters:” I was skeptical, but hoped for the best. But when you see the names Ibraim Roberson and Luca Pizzari you know two things: They have names that are hard to spell from memory and they are two of the most talented artists working today. The art in this book is ridiculously fantastic. Ridiculously fantastic is also the name of my sex tape. Editor Tom Groneman does this book right by bringing in TWO different art teams, one for the scenes set in one time period and one for another time period. I wish this would happen more often, as it’s one of my favorite storytelling devices. And Pizzari & Roberson put it off perfectly. They both have their own style, but the different eras look similar enough that you know you’re in the same universe. Nothing too dramatic, but they do complement each other very nicely. The art alone will have you enjoying this book. I’ve also got to give it up for Edgar Delgado & Giada Marchisio, the colorists – each for a different era, really bring this book to life and the duo clearly knows when to make things pop and when to mute them just enough to give them the right effect. A very well done job by these two distinct artistic teams that I hope will one day get to work together again. 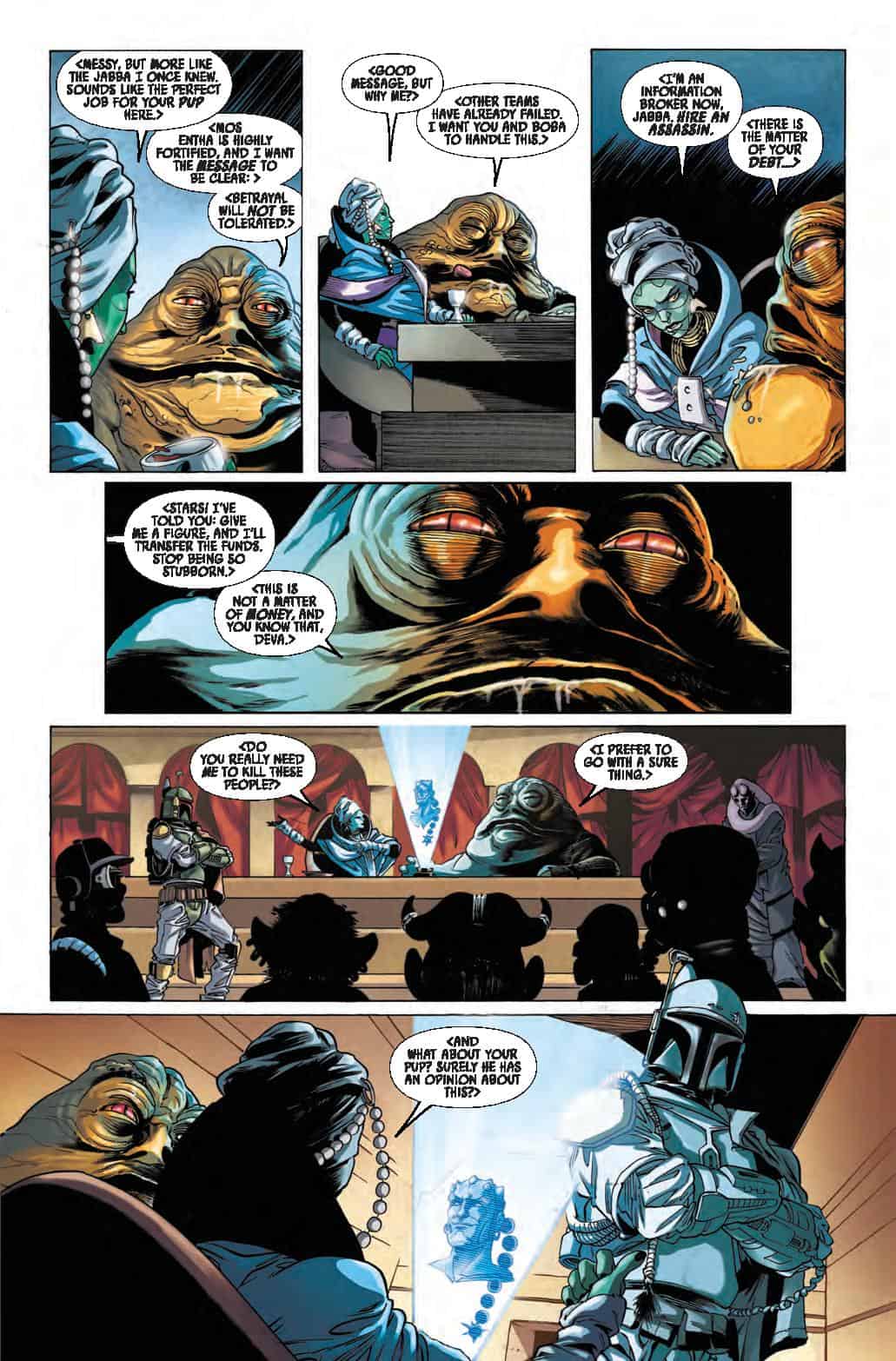 Author Justina Ireland writes a story that is its own animal, yet is a vital part of this crossover. She’s a very talented writer who pulls off something not everyone writing comics today can do. It’s a very enjoyable and entertaining story that’s got a lot of meat to it, but it never feels too weighty or dark. Ireland has a really great grasp on the Star Wars universe and it clearly shows in this issue.

On its own, a great comic. If you're reading the "War of the Bounty Hunters" crossover, it's even better!

Star Wars: War of the Bounty Hunters - Jabba the Hutt #1: Bring Me Solo & The Wookiee