Stargirl Spring Break Special #1: People and Things That Went Before 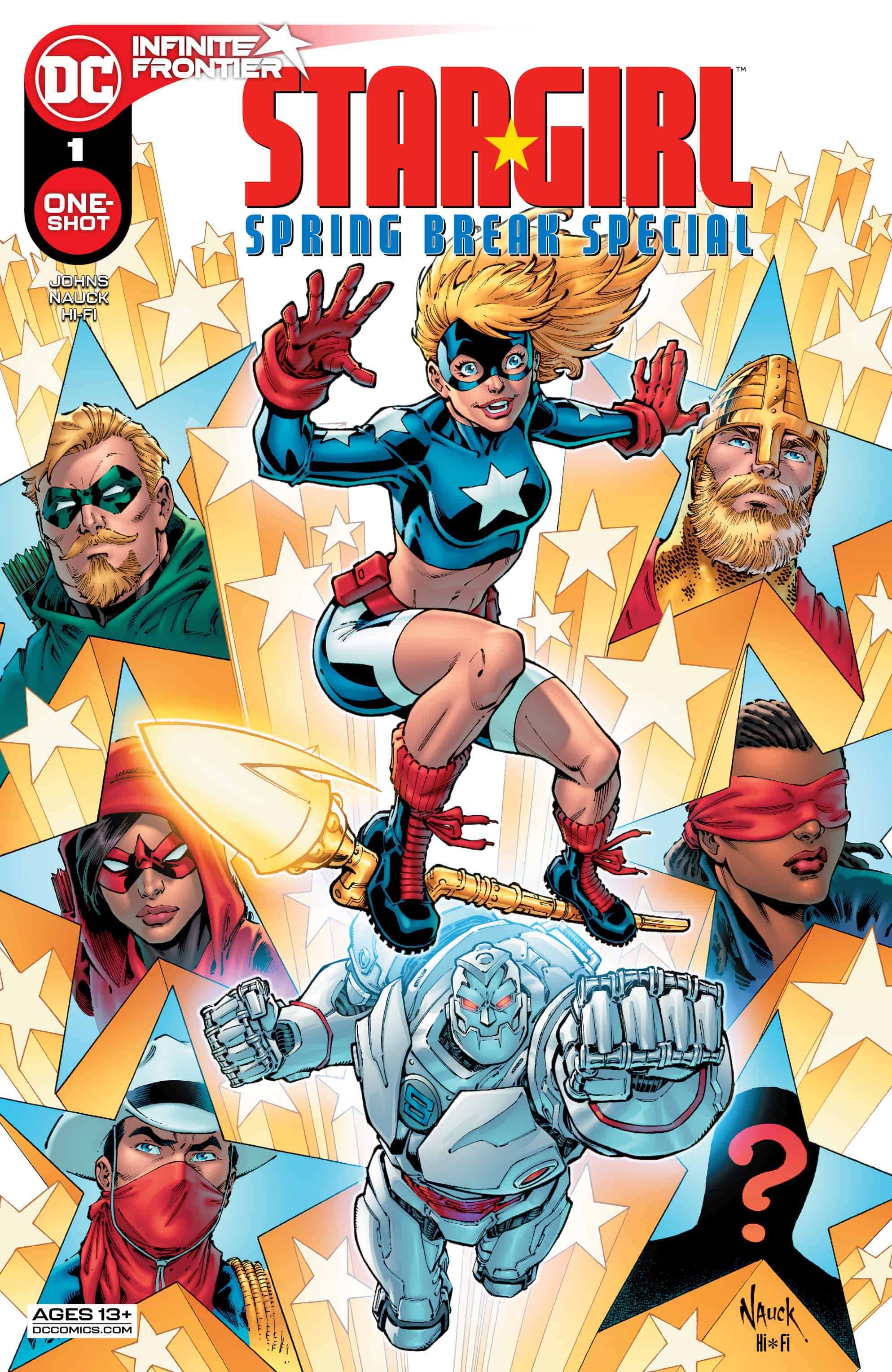 Geoff Johns returns to his breakthrough hero, Stargirl, in this special one-shot illustrated by Todd Nauck! Courtney Whitmore’s spring break plans aren’t like your average high schooler’s. Instead of hanging out with friends, she’s heading out on an adventure with her stepfather, Pat Dugan, a.k.a. S.T.R.I.P.E., and teaming up with his former team, the Seven Soldiers of Victory! The Soldiers are forced to reunite again to unearth the secret eighth Soldier of Victory, but what other secrets lie buried, and what does it all mean for Courtney’s future as Stargirl? 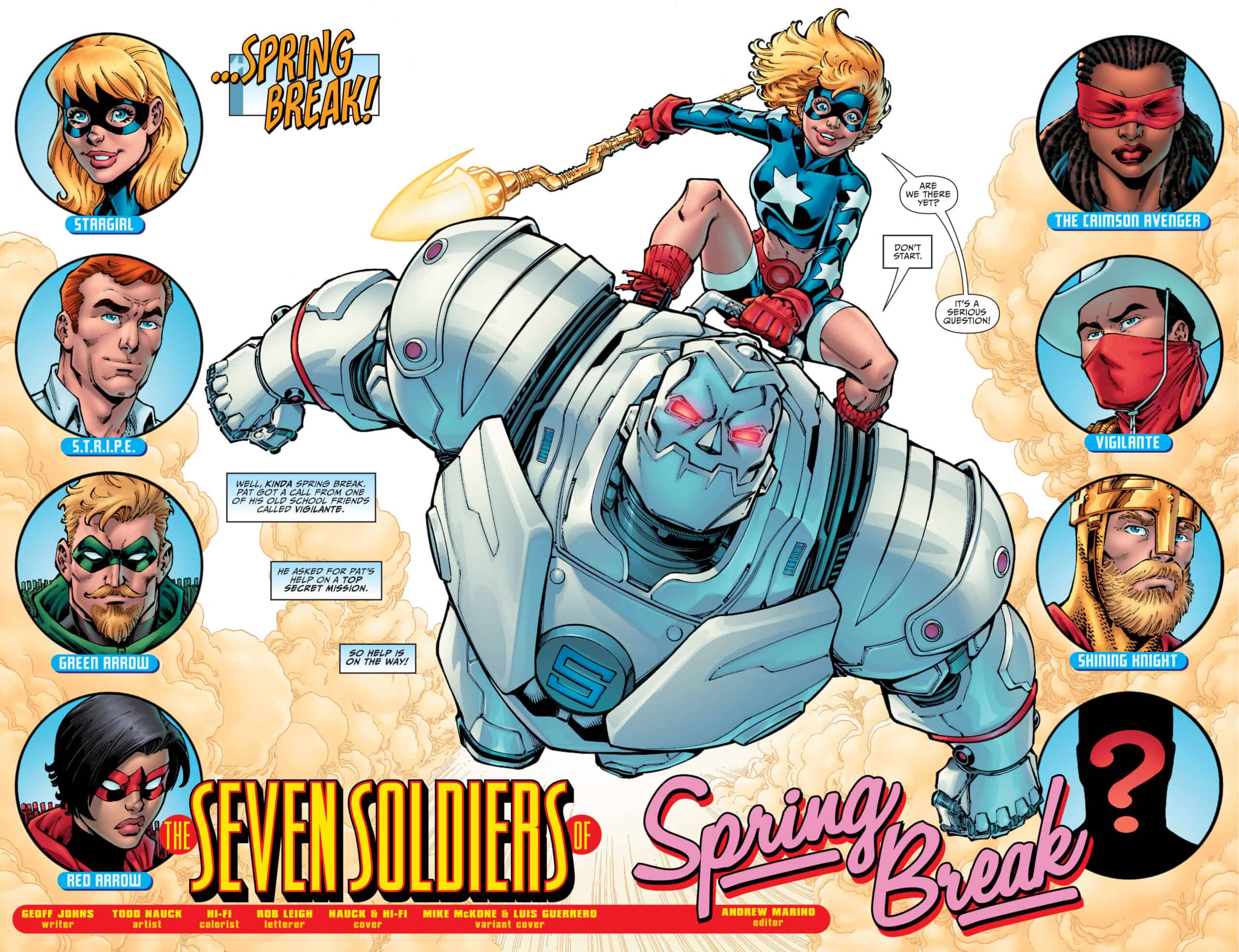 There are a number of operations at work in Stargirl: Spring Break Special. On the surface, you have a comic that isn’t shy about being a commercial for the upcoming Johns books Stargirl and Justice Society of America: Past is Prologue (presumably spinning out the events of Infinite Frontier). We see a central premise established for Stargirl as Courtney seems primed to team up with Crimson Avenger to search for [SPOILER REDACTED], while the JSA book, featuring art by the incomprable Bryan Hitch, seems to be ready to put Per Degaton front and center while deploying a lineup of dominantly legacy versions of classic characters, similar to current Stargirl TV series, also headed up by Johns. There are long periods of exposition establishing the Seven Soldiers of Victory for current readers, to include some time travel mechanics to explain their presence in the current timeline that slow the book down a bit. Fortunately, Todd Nauck’s beautifully detailed panels coupled with the bright colors expected from HI-FI, when the book slows down, you simply have more time to digest the intricate storytelling in the art. 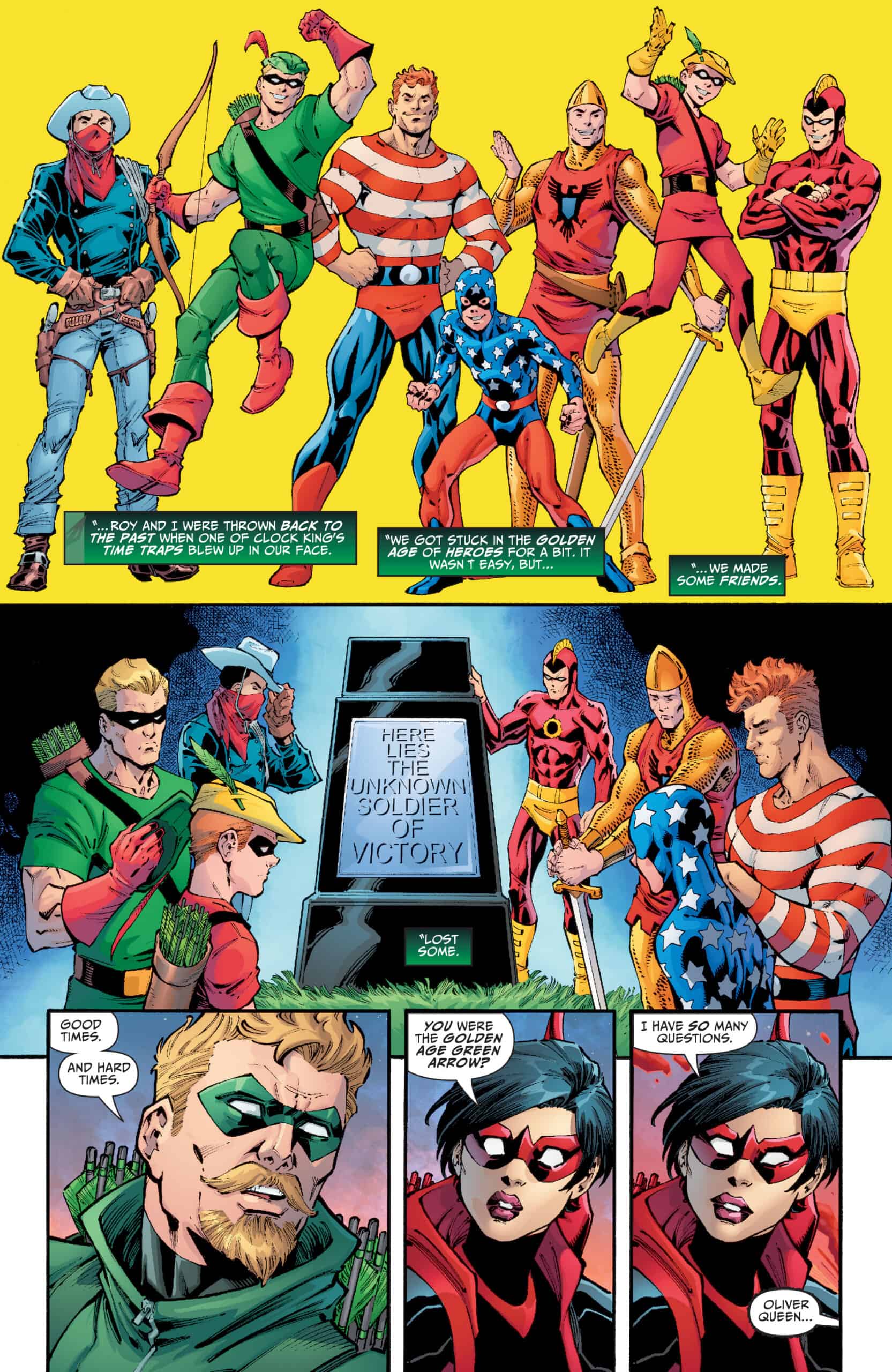 On another level, though, we see something I feel like readers haven’t seen in a very long time. Geoff Johns invests a large amount of storytelling into the emotional state of these characters. The connections between characters that made Johns a household name 20 years ago seem to have faded, set aside for more grandiosity of concepts and ideas. Books like Teen Titans, JSA, The Flash, and Hawkman were built on those connections, on emotional impact, on relatability to the conflicts between characters that consider each other family. As we see Courtney push Pat on who the Seven Soldiers were as people, we see the return of that missing element of Johns’ work in spectacular fashion. So although the book is far from a must-purchase/must-read book, for those who have grown weary of Johns’ writing in recent years, it may be worth checking out. It could perhaps rekindle some of that old magic for some, as it did for me.

Stargirl: Spring Break Special #1 (#DCComics @geoffjohns @ToddNauck @hificolor @thebryanhitch) has Johns writing like classic Johns for the first time in a while as the world prepares for his upcoming Stargirl and JSA books.

Stargirl Spring Break Special #1: People and Things That Went Before