STARHENGE BOOK ONE: THE DRAGON AND THE BOAR #2: An English History Fable

STARHENGE BOOK ONE: THE DRAGON AND THE BOAR #2 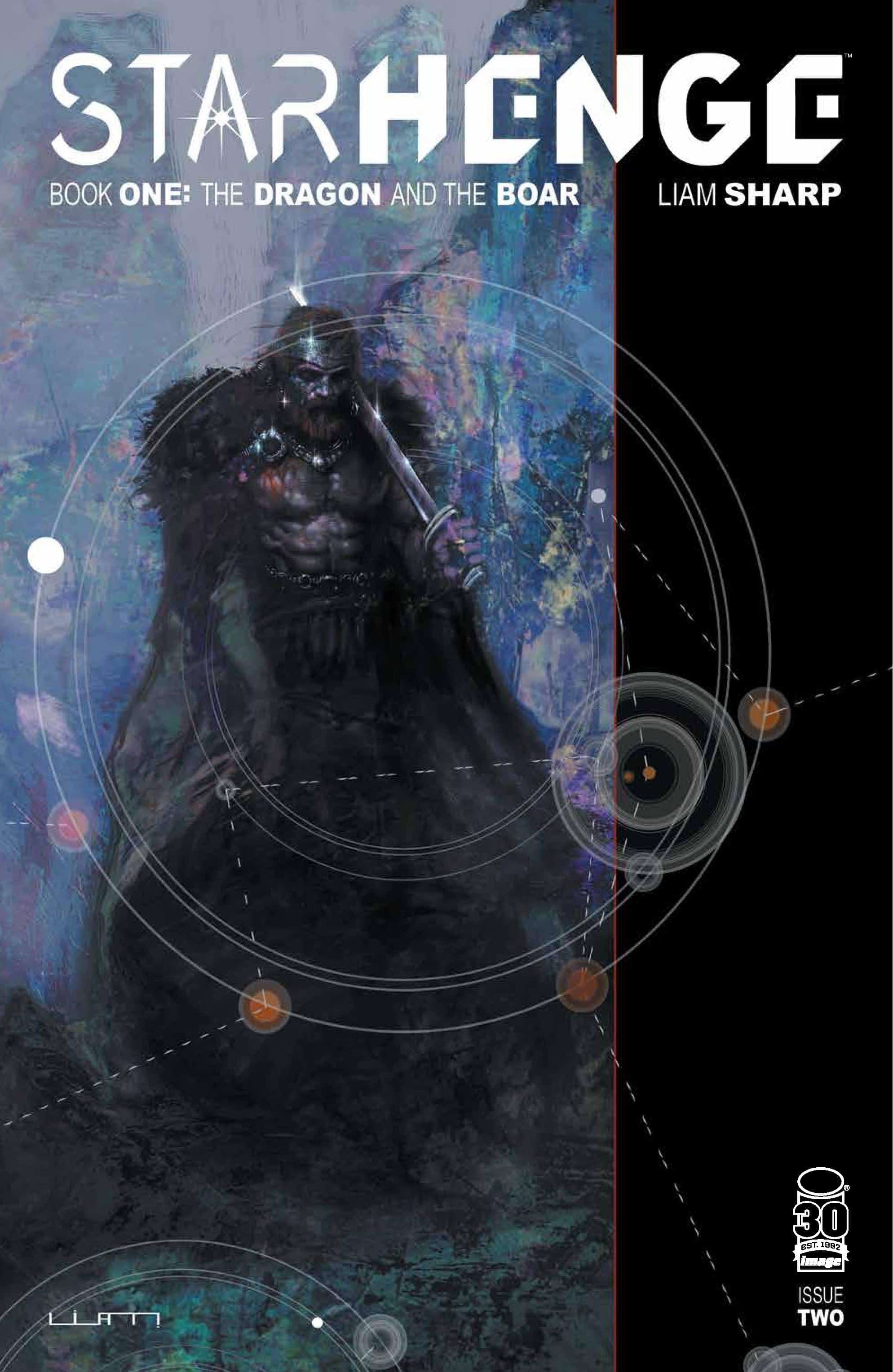 MERLIN persuades KING AURELIUS to allow him to start the construction of STONEHENGE. Meanwhile AMBER and DARYL reunite under less than ideal circumstances in Brighton, as future MOR-DREADNAUGHTS prepare to hunt them!

n issue two, Sharp steps back from the hardcore sci-fi elements almost completely as he delves into the history and folklore of 5th century Britain to establish historical context to the world that our intrepid time travelling Merlin has been sent back to in order to save Magic and precipitate the return of the Knights of Veldt. Sharp uses wonderful historic reference to paint the picture of the past using actual documented reference from the likes of Geoffrey of Monmouth, who was a twelfth century cleric that wrote several very influential Latin works, including the Prophetie Merlini (Prophecies of Merlin) and the Historia regum Brittaniae (History of the Kings of Britain) to rather hilariously taking the legend of the Devil’s Dyke in Sussex straight from Wikipedia and magnificently rendering it in a gloriously detailed style reminiscent of the classic fable books of my childhood. The balance of documented and historical legend is seamlessly blended with Sharp’s central forward moving narrative as we learn the details of Merlin’s first steps to make to ensure the creation of Stonehenge. 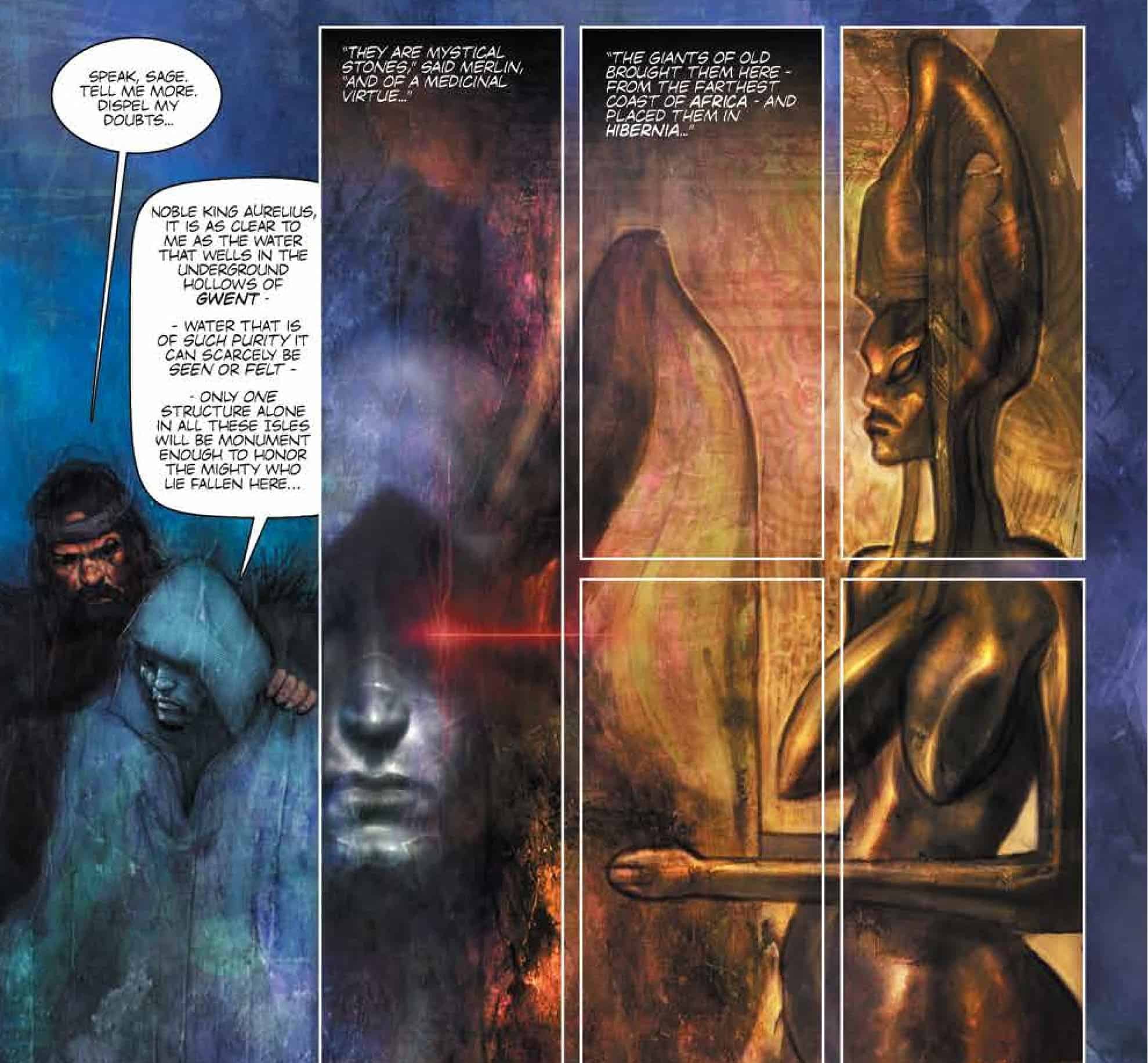 Sharp balances this dive backward in time by having the central narration from our anchor in the present Amber as her and Darryl cross paths two years after their parting in issue one. Their meeting is less than ideal but Sharp captures the marvelous adaptability of the younger generation as he uses their reunion to further the central storyline while creating believable young adult melodrama in the present. We are also treated to some historical background for Amber as Sharp’s really talented daughter Matylda McCormack-Sharp steps in to tell the tragic story of Amber’s childhood in her cartoon style that is in direct contrast to the rest of the art in the book but works incredibly well with it’s almost diary like feel. I’m not sure if it was made to look like it’s been drawn with pen in a normal red margined blue lined notebook or really was and then scanned or digitally manipulated to look as such, but it’s such a marvelously deft touch and adds an incredible amount of character to those pages. 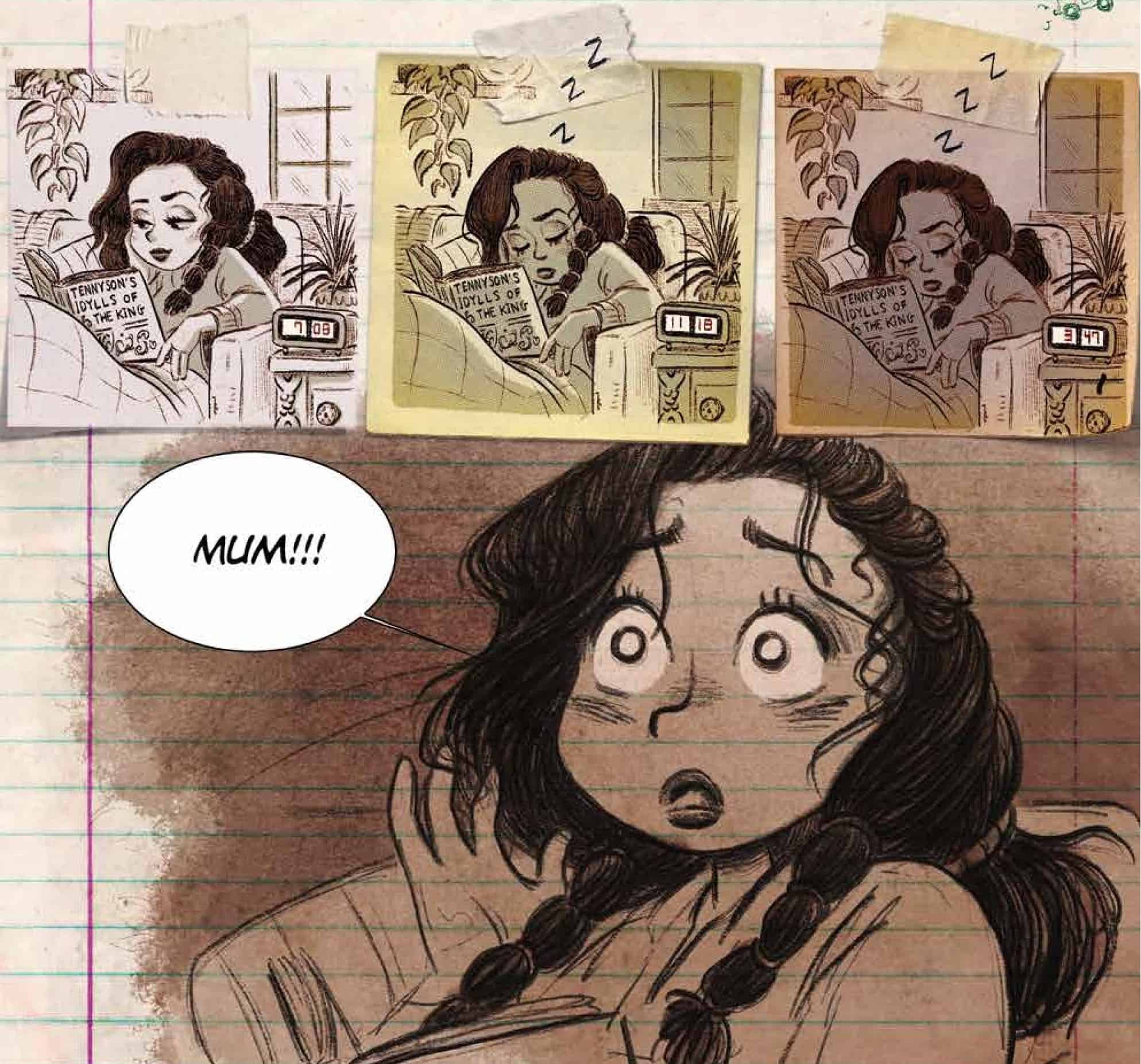 The multiple styles, use of color or  lack of color come together extremely well again in this issue as Sharp’s passion for this project radiates off the page like an almost living thing. The level of detail and use of things like maps and historical picture reference combine seamlessly with Sharp’s characters and more fantastical elements across the ages. The dirt on the characters in the 5th century, the modern grey and white look set in the present and a million other considerations Sharp has made when telling this story make for an absolutely perfect follow up issue. 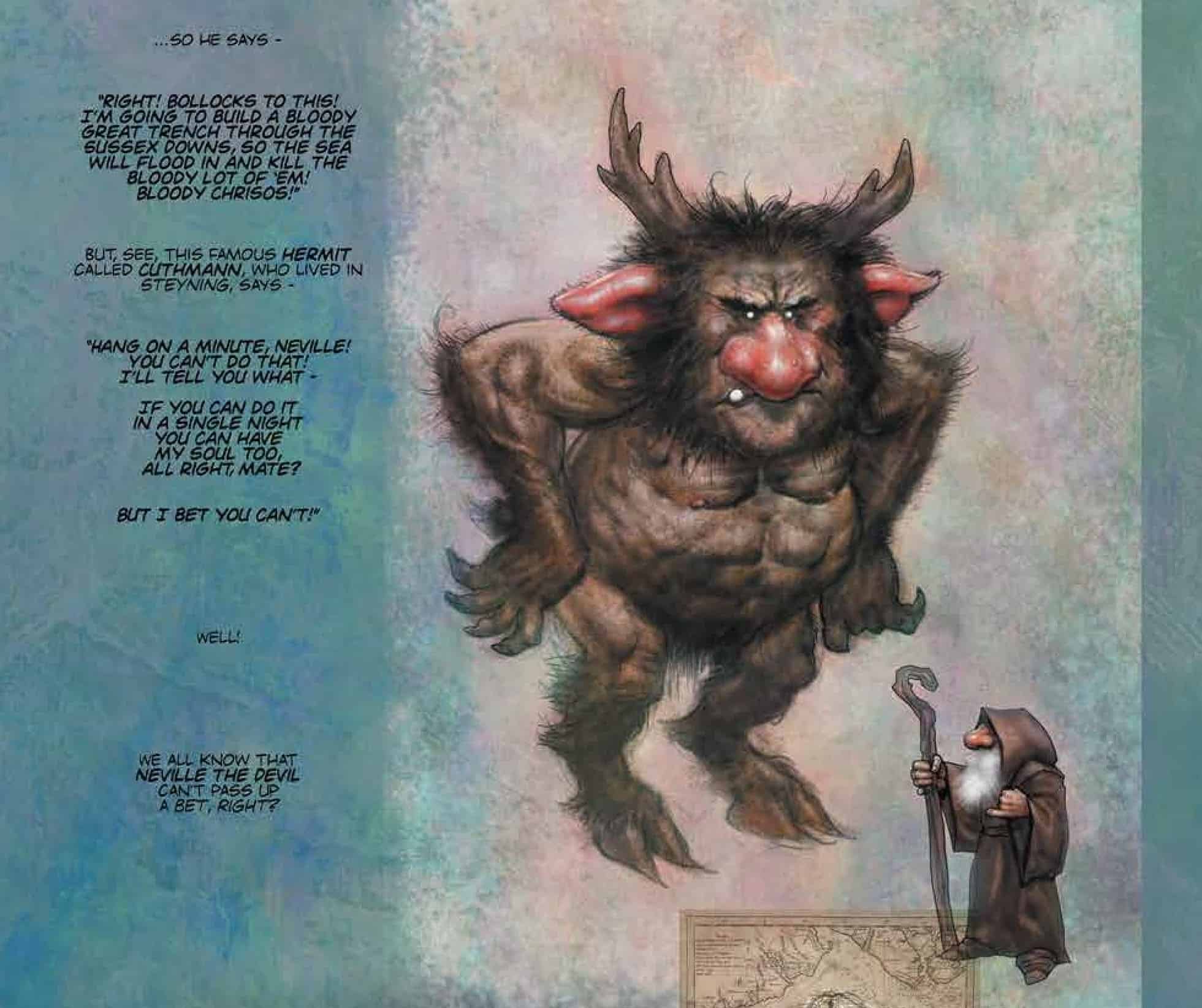 I have waxed lyrical about the Sharp’s art here but it’s important I come back to the writing. Detail heavy historical drama can sometimes take on a stuffy feel even when being used in a sci-fantasy setting such as this. Sharp avoids this completely by keeping the narration in Amber’s voice modern, tinged with relatable humor and this helps make the narrative track steady and very easy to follow in a story thats really layered with a ton of real world historical facts and fables which are entertaining and just as you get comfortable Sharp’s last three pages bring back those sci-fi elements and remind you of threats and horrors that await us.

Issue #2 is a excellent follow installment up that moves steadily down its narrative seamlessly combining documented historical fact, fable, excellent character writing, relatable narration and wonderfully detailed jaw dropping art for a flawless issue that you just can't put down.

STARHENGE BOOK ONE: THE DRAGON AND THE BOAR #2: An English History Fable