STARHENGE BOOK ONE: THE DRAGON AND THE BOAR: The War Across Time

STARHENGE BOOK ONE: THE DRAGON AND THE BOAR 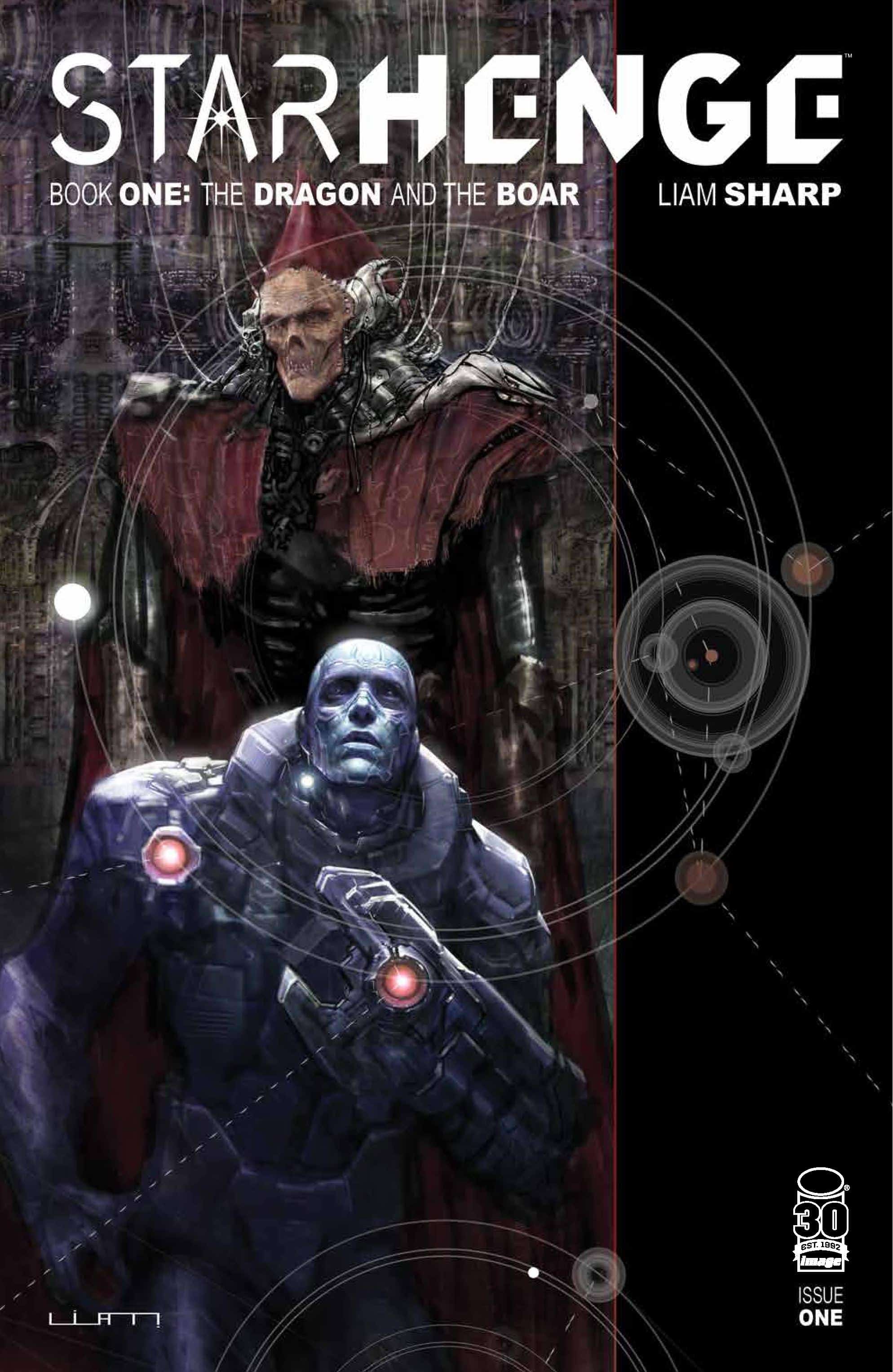 A future Merlin travels to 5th-century Britain to prevent monstrous time-traveling killer robots from robbing the universe of magic, and Amber Weaver’s lively present-day narrative reveals how she becomes drawn into a war across time!

Imagine if Frank Frazetta, H.R Giger and T.H. White (he wrote the Once and Future King) got together and made a sci-fi comic based on Arthurian legend. Sounds incredible right? Well that’s exactly what Liam Sharp has accomplished and quite frankly it’s astounding. Buckle up… 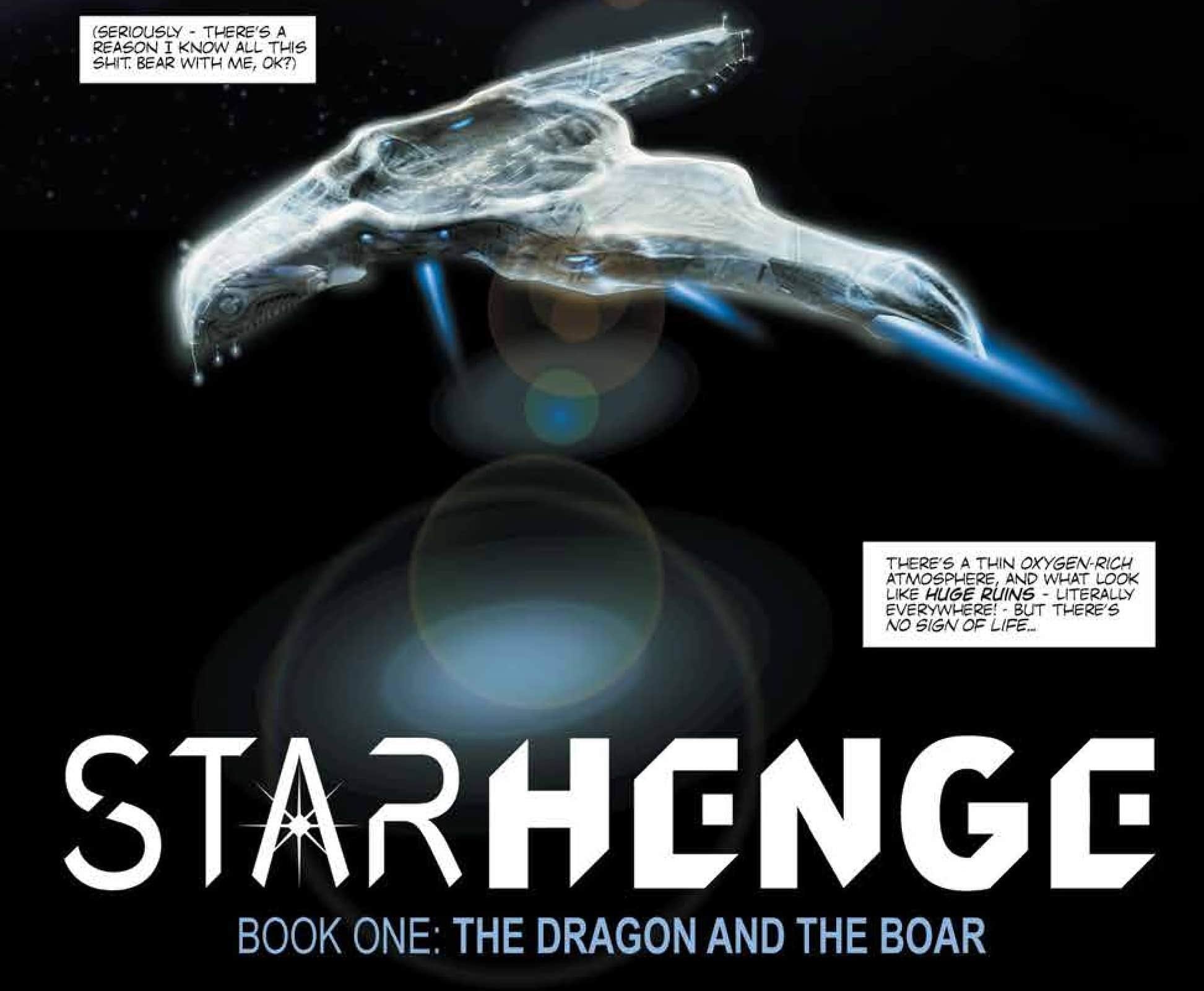 Let’s start with the art first. Liam Sharp is a master of his medium. You only have to look at his body of work to know this. I mentioned Frazetta and Giger specifically earlier because while Sharp is no doubt an original himself this comic divided into three specific era’s echoes the work of Frazetta in the parts set in the distant barbaric past of Humankind and I cant help but see Giger’s influence in the future set part of the book in everything from the spaceship design to the looks of the modified or rather “carked” characters of the future. I say influenced because everything Sharp does on the page is original and beautifully rendered but the echoes are there, even the horrific AI enemy is fascinating to look at. Those two parts of the book alone are worth the price of admission alone but then Sharp does something marvelously unexpected, he ties it all together with narration and a section set in or very near our present, that’s distinctly it’s own thing art wise. While I’m sure everyone will no doubt rave about how marvelous the ancient fantasy and sci-fi elements from Sharp are ( and they are brilliant, intricate, mouthwatering pages that capture the barbaric past and coldness of the far flung future) it’s these pages featuring the character of Amber Weaver as she talks to a young man she’s involved in and her narration through the book that actually tie everything into a cohesive whole and set the scene. 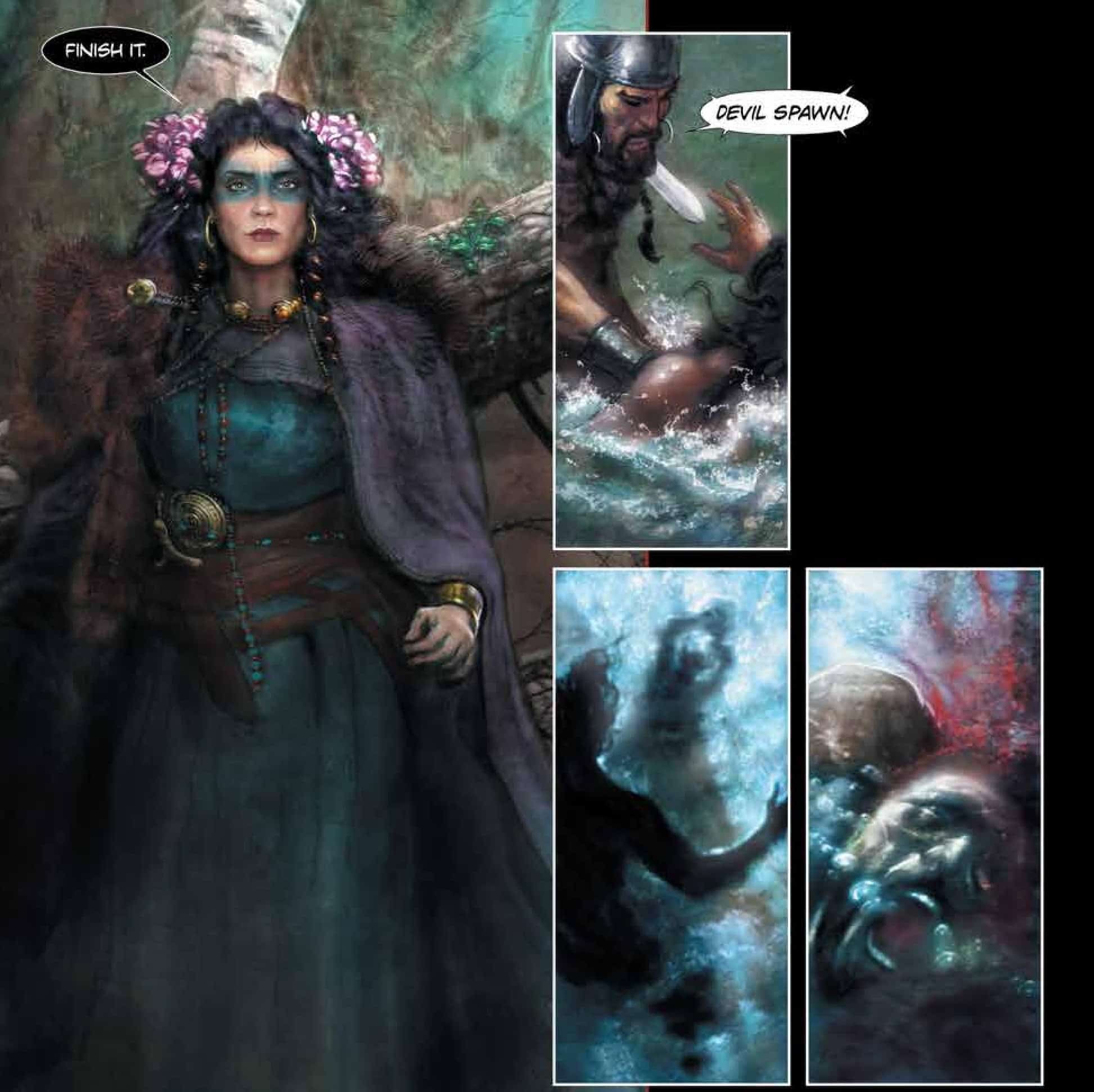 So I knew going into this how good an artist Sharp was but I honestly had NO IDEA how good a writer he was. Sharp does everything in this book EVERYTHING including the lettering which is superb by the way, it’s placement reflects Sharps absolute control over everything on the page and flows beautifully through the incredible imagery on the page like a perfectly cut stream which supplies you the information to navigate the story laid before you on the page. The basic idea is simple enough: We start in the past with a mysterious death, jump forward into the future for a history lesson which sets the stage, touch the present to meet our narrator then shoot forward into the future again to meet our Merlin or rather MER LIN and the stage is set before jumping into the past as Sharp smartly ties the last pages to the first ones to form a perfect circle back that explains a great deal. Sharp doesn’t put all the cards on the table either, he gives the reader credit enough to follow the story without giving you explanations of everything Sharp uses the Arthurian terms and names we know in an original way, often breaking the words up but names like Mordred and Merlin are there if you look for them. another fantastic element is how Sharp makes the future war between AI and Man a war on multiple fronts or planes adding another fascinating matrix like element to the sci-fi portion of the story. 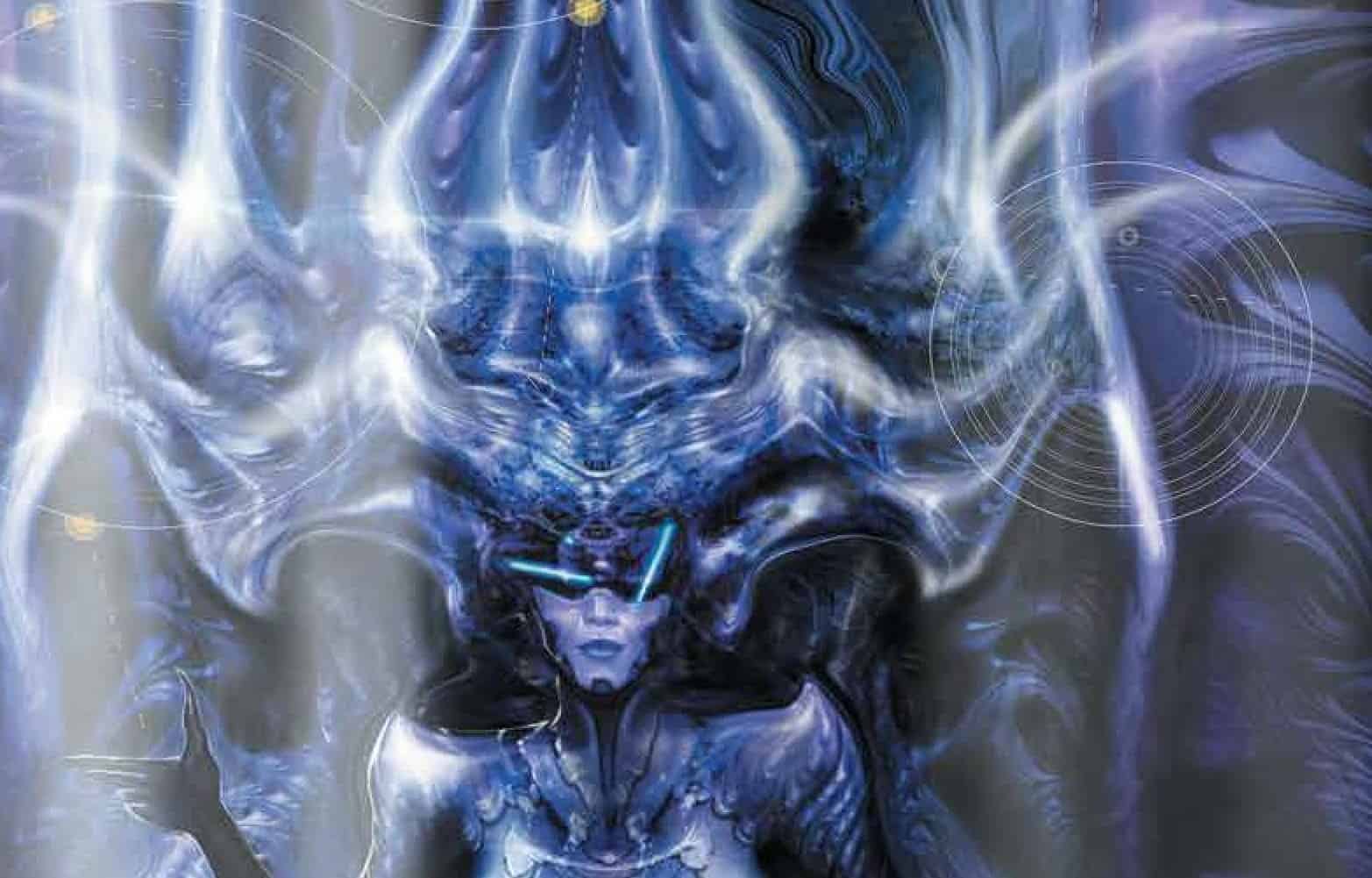 It’s an opener that does exactly what it’s supposed to… it makes you want more immediately . It’s a complex sci-fi and fantasy mix with Magic at it’s center tied together by a wonderful string of humanity.

STARHENGE BOOK ONE: DRAGON AND THE BOAR is a masterfully crafted set up piece with astounding art that beautifully marries Arthurian legend with harder sci-fi elements to create something worthy of the term EPIC which Sharp smartly ties together through relatable narration for an opener that reflects the passion of it's creator on every single page.

STARHENGE BOOK ONE: THE DRAGON AND THE BOAR: The War Across Time