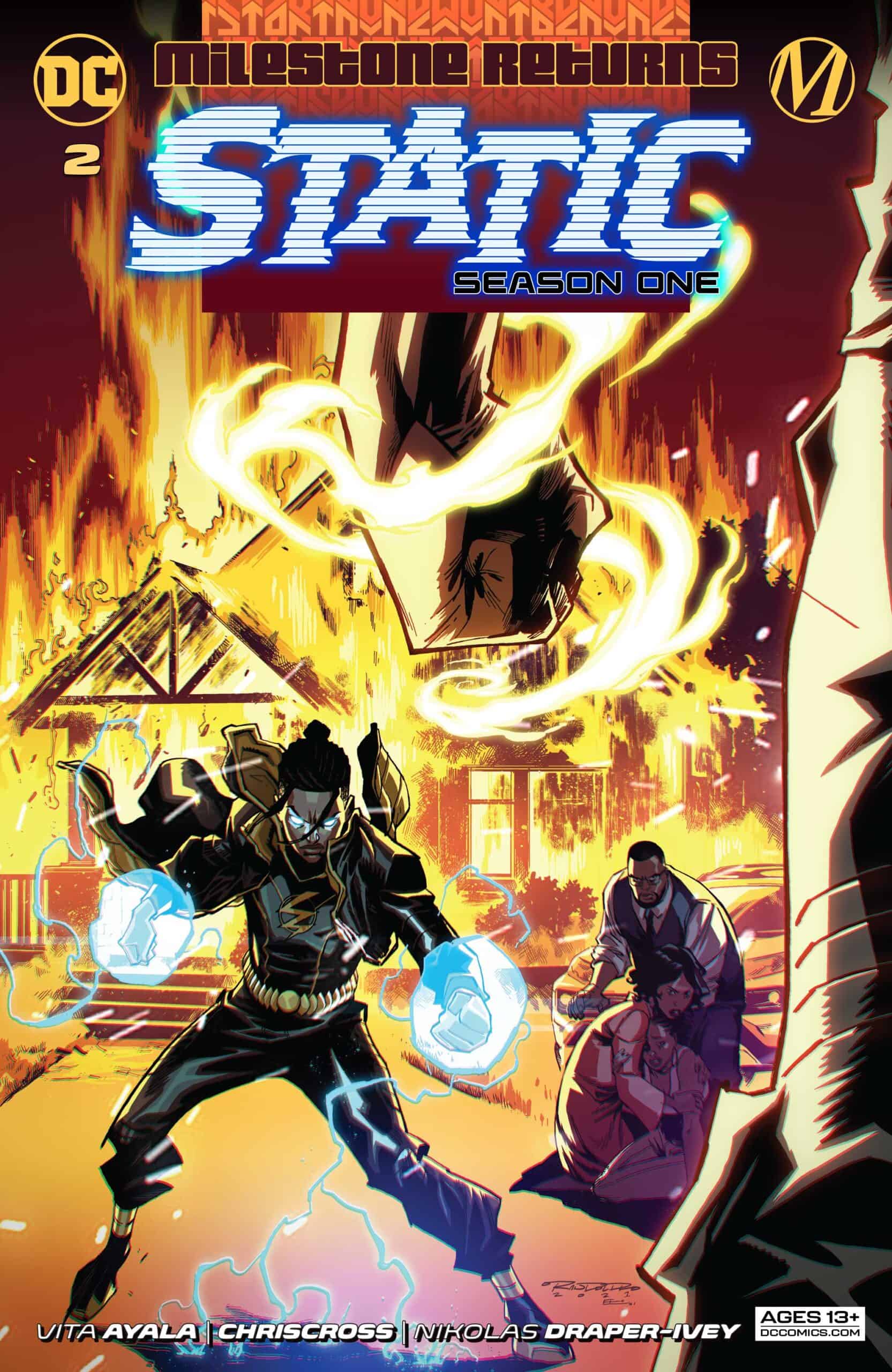 Virgil Hawkins is still getting used to his powers, but will his inexperience and lack of control be his downfall as his bully, Francis "Hotstreak" Stone, shows up at his home looking for a Round 2? And how is the rest of Dakota faring as the effects of the Big Bang are still being felt across state?

Talk about an emotional gut punch from every angle.

Vita Ayala has had some good books in the past, but I might go so far as to say that Static might be their first GREAT one as this issue had me hooked from the first page to the last. Something about the way that they write Virgil resonates so very well as he flits between being a very heroic kid and still being unsure of what to do with himself and his powers, especially as it attracts people like Francis “Hotstreak” Stone to his house in order to settle petty scores. Virgil isn’t dead set on protecting everyone yet because he’s still just a confused teenager with teenage problems.

This, coupled with the way that they write Virgil’s family, makes his personal struggles even greater. His father sees his powers as a gift and opportunity to help others and protect himself from a world that’s out to imprison or kill young black men, but his mother doesn’t want him to be caught in the crossfire that’s already gotten so many other Bang Babies; neither of them want to see their son put in harm’s way, but they also don’t ask what he wants either – leading to him feeling frustrated and seeking the help of a mentor by the way of Curtis Metcalf, aka. Hardware. 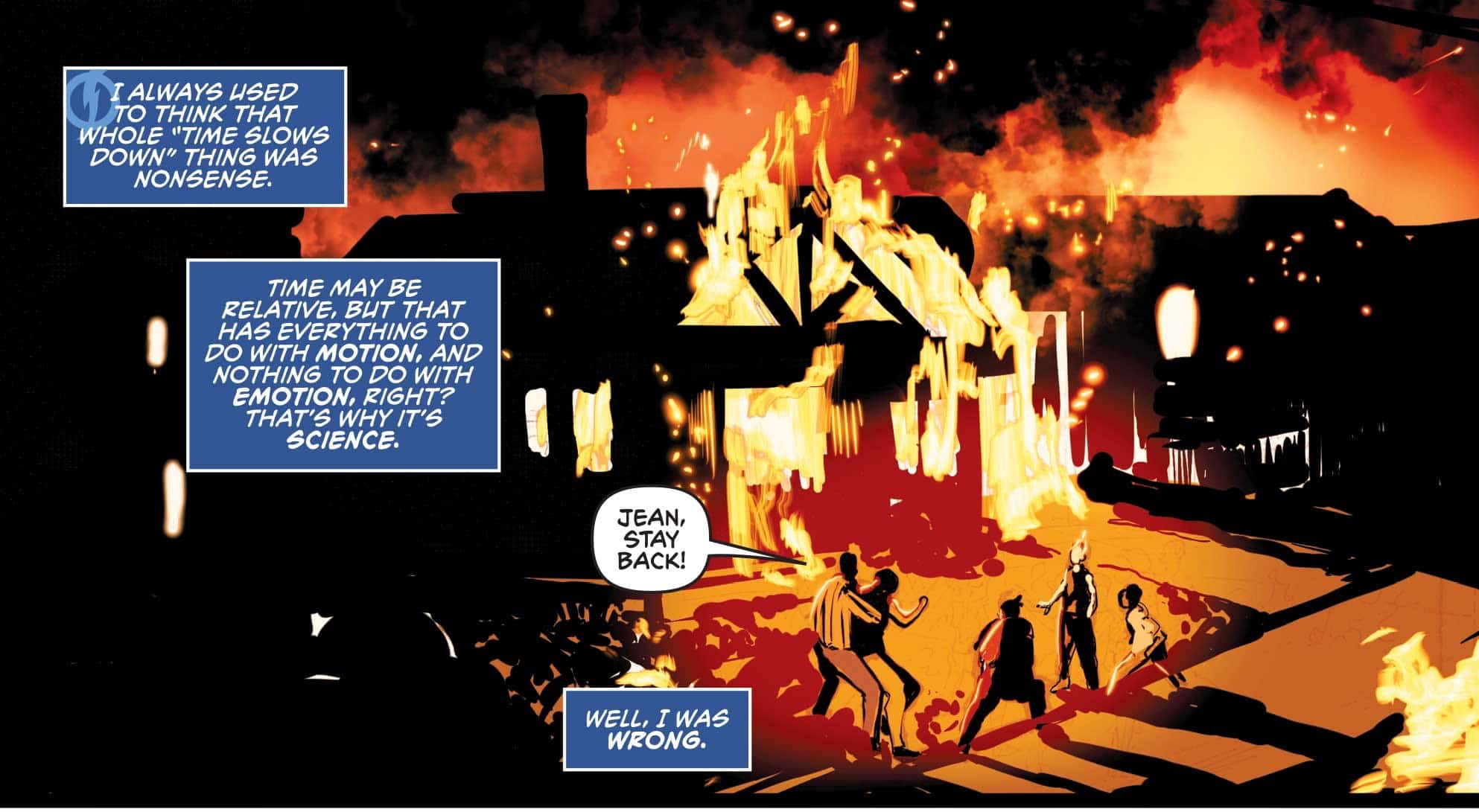 But I think one of the best things that Ayala does is set things up for future issues and the greater Dakota-verse as a whole. They reference Icon and Rocket using a ship to fight crime around the world, the fact that the villainous Holocaust is loose and recruiting other Bang Babies for his nefarious purposes and also shows that Hardware is hard at work in trying to clear his own name of any wrong doing because of the experimental gas.

ChrisCross and Nikolas Draper-Ivey on art give this book such an amazing and beautiful style that only further elevates the story being told within. 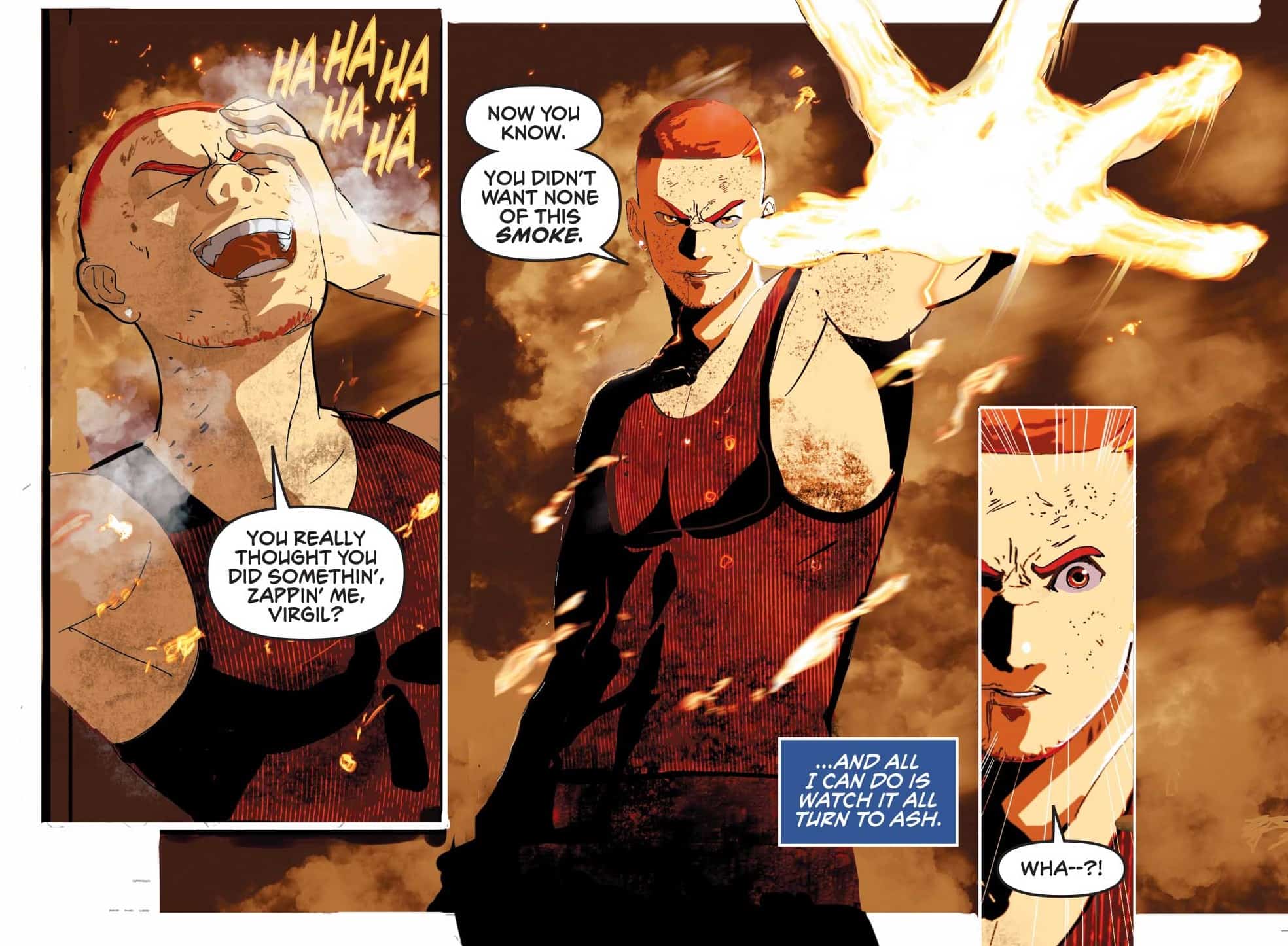 ChrisCross’ layouts give this book a very cinematic kind of feel, making use of a few establishing shots for backgrounds and locations, but also nice close ups to give readers a view of character’s facial expressions and feelings as they go through whatever event is plaguing them at the time. This does well to make the book more focused on each character’s personalities – one of these best exemplified by one of Virgil’s friends, Daisy Watkins, developing powers of her own in the opening pages of the book.

Draper-Ivey’s art, working in tandem with the layouts, only helps to make this book a ton more dynamic. Draper-Ivey’s style stands out amongst all of the other fantastic artists in comics today because of how he’s able to deliver action packed scenes that fill you with adrenaline and then bring you right back down to earth with calmer moments. The opening of the book, utilizing bright oranges and heavy shadows greatly contrasts with the more cool colors of later pages. 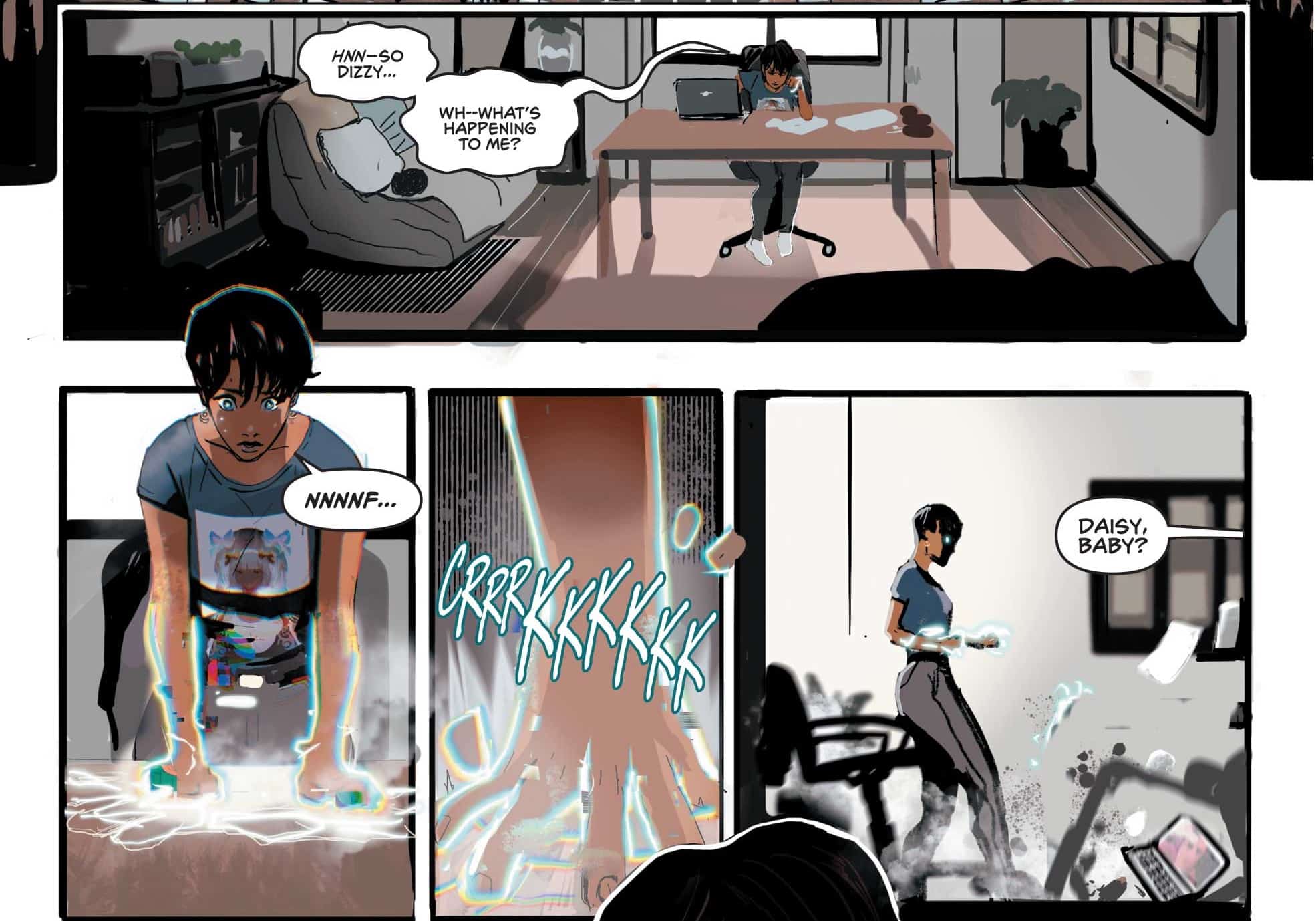 Draper-Ivey makes excellent use of these colors to accentuate character’s facial expressions – he hazes the entire Hawkins family in a dark blue when they’re sitting in their, thankfully not fully burned down, house arguing with each other and this shows how much this whole incident with Hotstreak and discovering Virgil’s powers has affected them. Even later, when Holocaust is shown in a flashback, he is heavily shadowed and portrayed like a giant with dark oranges and reds coloring the page he’s on, indicating he’s going to be a much bigger threat later.

I think I might be able to go out on a limb and say that Static is looking to be one of the best titles of this new milestone relaunch! Vita Ayala, ChrisCross, Nikolas Draper-Ivey and AndWorld Design have a gem on their hands and here's to hoping that they keep on polishing it until it’s the brightest thing in all of DC Comics.