Static: Season One #5: Shock and Awe 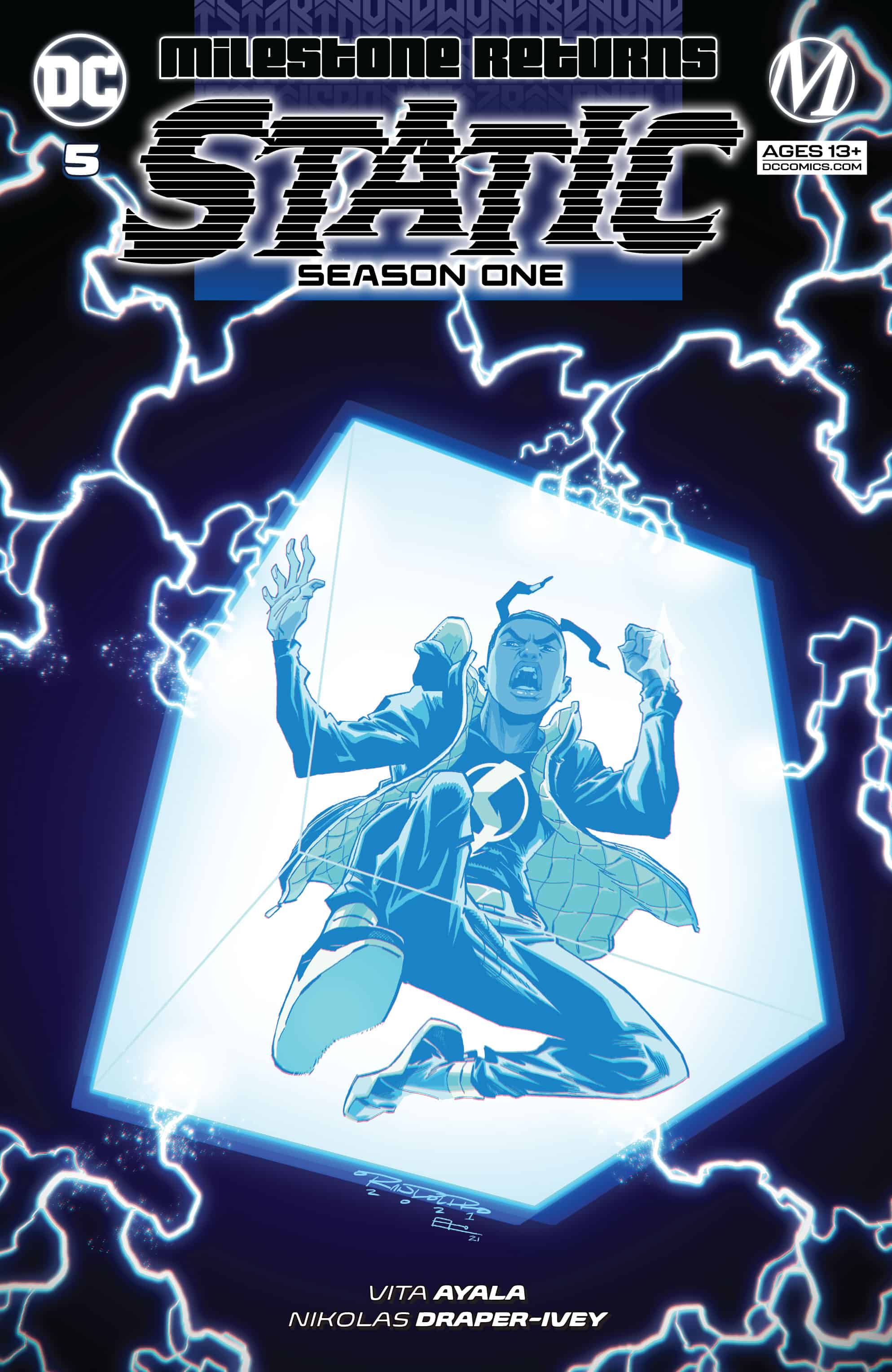 As the first season of the new Static series draws to a close, Static and Hotstreak have their last confrontation as the rest of Static’s friends try to rescue the captured Bang Babies. Can they successfully liberate the captured teenagers or will internal conflicts ruin the rescue mission?

From the very beginning, I knew this book would be gold. 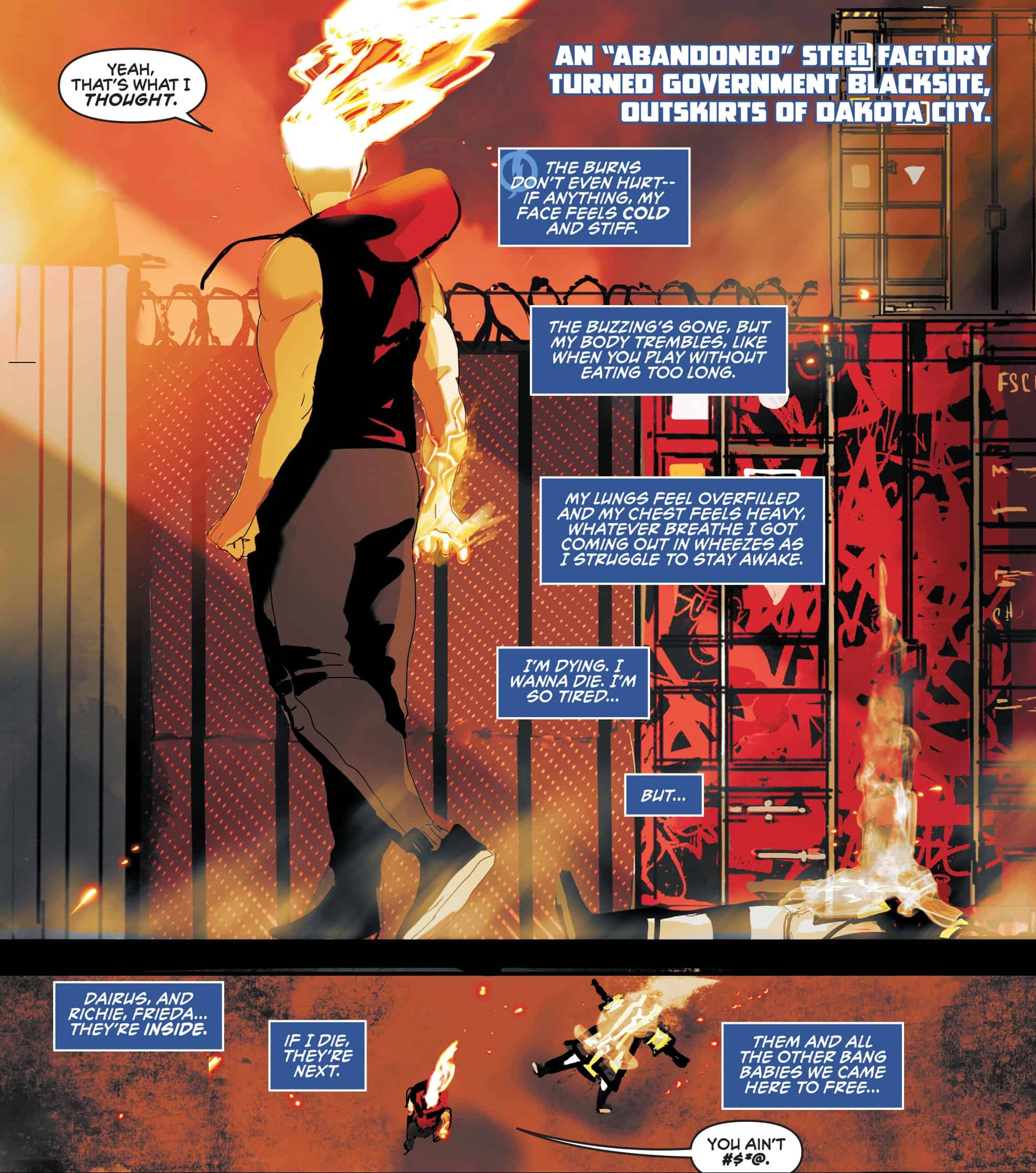 And so far, each issue has just gone above and beyond the quality that I expected and shows exactly why Static needed to return to comics. Vita Ayala just gets the character and the world that he occupies. The entirety of the book has been Virgil Hawkins exploring his newfound powers and limits, with the occasional loss to Francis “Hotstreak” Stone causing him to reevaluate himself and his desire to protect his friends and family. Ayala showcases this by allowing Static to come back from the brink of defeat and use his smarts and instincts to finally defeat Hostreak decisively, on-panel. Even though Stone had him on the ropes, Static never gave up and just kept coming back for more.

This shows just the perfect amount of tenacity and conviction that a character like Static needs to serve as a role model to black kids that have few young superheroes to represent them. However, I am grateful that Static isn’t exactly perfect either as later in the story he confronts his friend Darius as they try to free the other Bang Babies. He comes off as confrontational when Darius asks them to be calm and not wreck things, telling him that because he’s not a Bang Baby then he doesn’t know what it means to be afraid to be killed or detained for existing. This is an interesting turn for Virgil who normally seems to be very understanding. 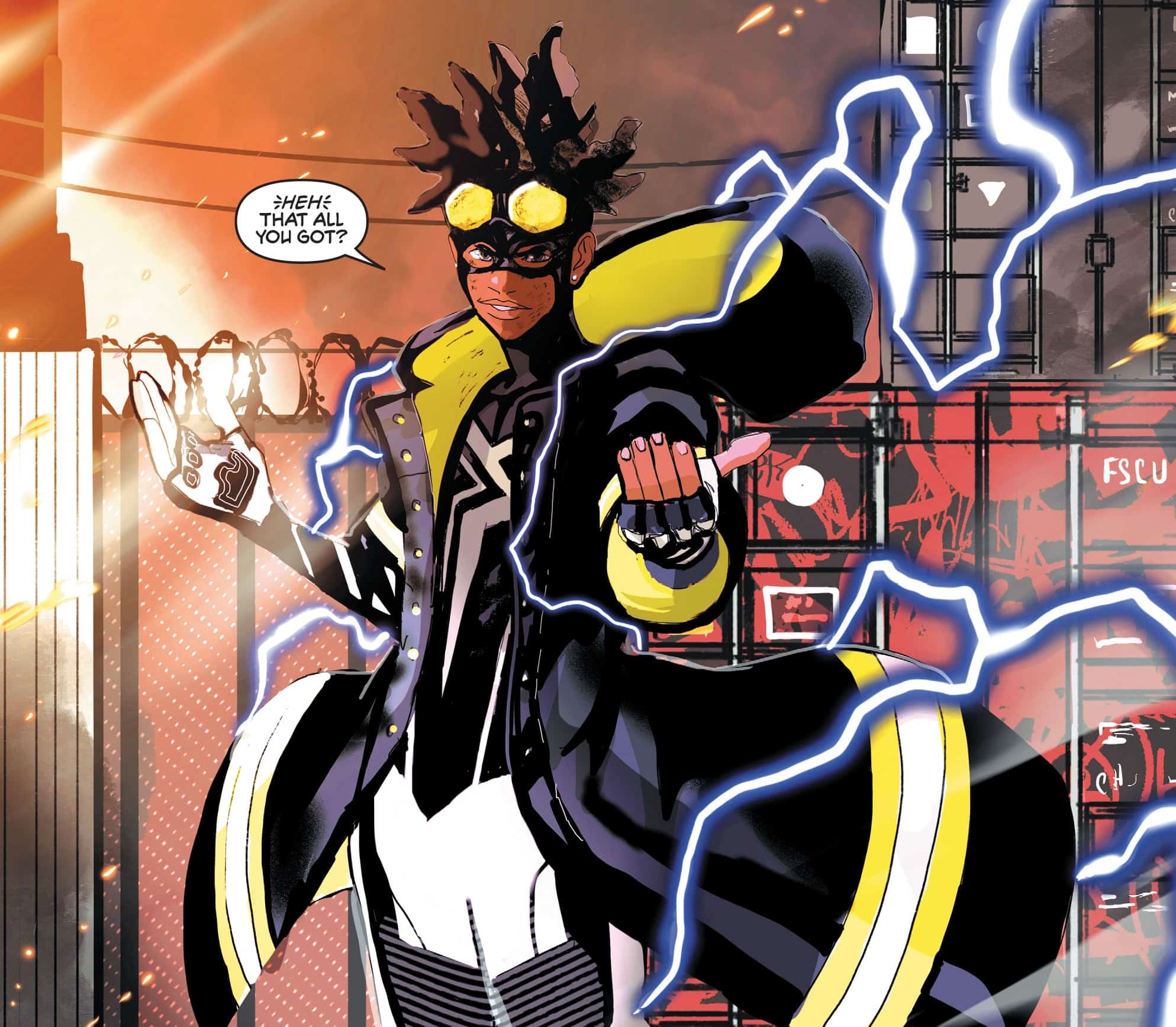 I understand that Darius has been annoying throughout the story, but he’s also been an open ally to Bang Babies from the very beginning. Further to the point, Darius claps back that he’s also black and gay, so he knows very well what it’s like to be scared constantly. This likely will be a source of conflict in the future. And speaking of future conflict, Ayala also does a great job of finding a way to bring back new and old villains of Static in the final pages of the story and seeing them in Draper-Ivey’s style brought sheer joy to my nostalgic heart!

Nikolas Draper-Ivey is on full art duties for this issue and he is, without a doubt, the perfect choice to have done the art for this series. 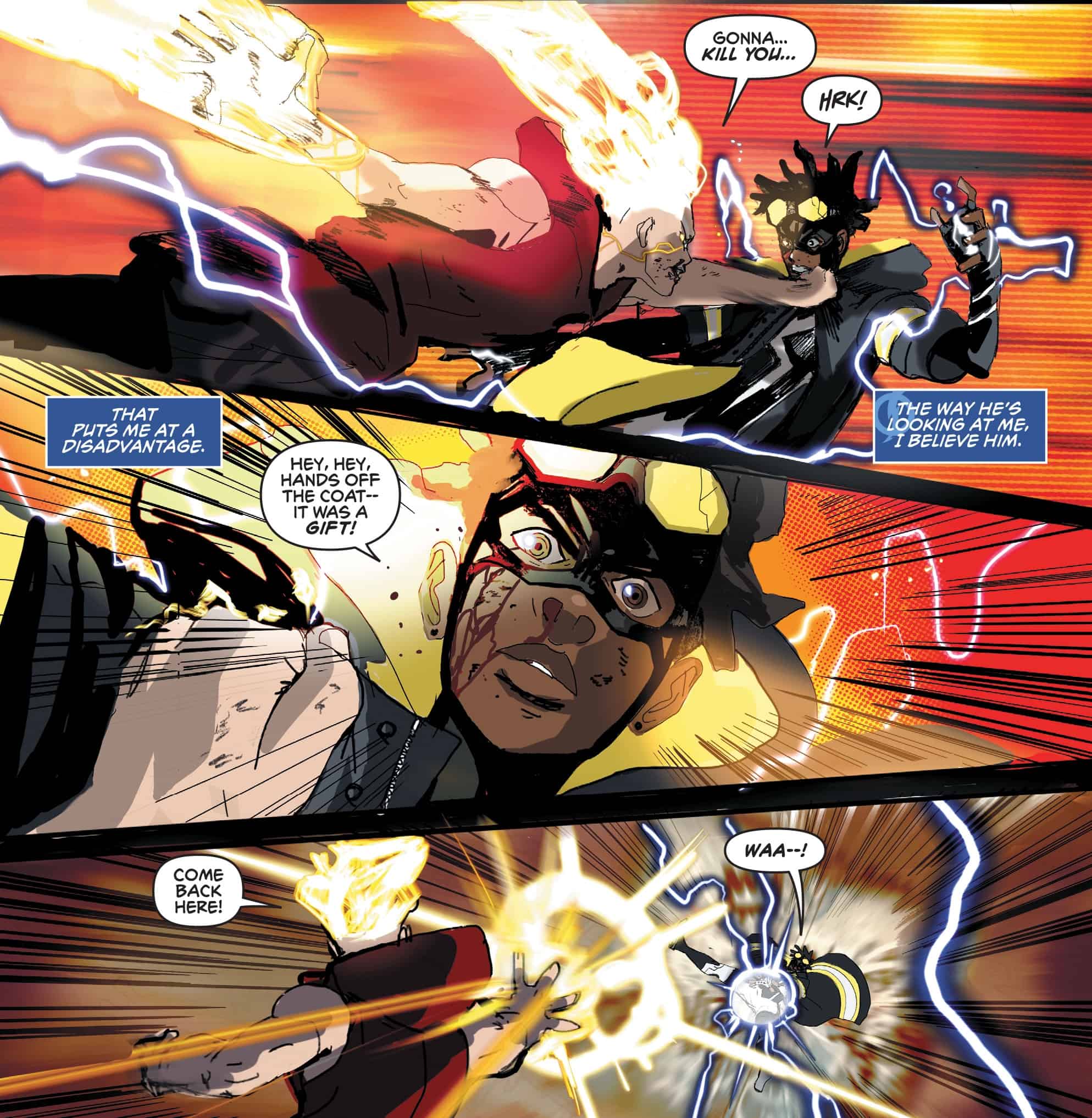 Throughout the series, Draper-Ivey’s art has been hard hitting, fast and very dynamic while also finding time to be cool and calm. It has all the trademarks of an artist finding their footing with a character and taking them to new heights while also elevating the script of the book itself. Mixing an anime influenced style alongside beautiful cel shaded coloring, Draper-Ivey makes this one of the best looking books DC is publishing. The way he draws the fight between Static and Hotstreak makes the heart race with uncertainty. With Hotstreak taking full offense, his body language is full of rage at his inability to keep Virgil down permanently. Static, on the other hand, fights defensively and after he catches his second wind he shows a face full of determination, like he knows that he can beat Hotstreak easily – and he does!

The coloring in this issue is insane too! As always, Draper-Ivey hits the nail on the head when trying to evoke emotion through color. While Hotstreak’s oranges and reds give off feelings of anger, Virgil’s blues glow with calmness and confidence. Both of these color schemes stand well against the very red tints of the background of the facility that the pair fight in. It seems sinister and evil emphasizes the darkness of the situation that Virgil and his friends find themselves in. This also works very well as the tension continues to build and Virgil and Darius blow up at each other later in the story, showing the anger that’s been bubbling over the last few issues.

Vita Ayala and Nikolas Draper-Ivey continue to show why Static is the flagship character of the Dakotaverse. With darn good storytelling, characters and some of the best art in comics, this is one book you won’t want to miss!

Static: Season One #5: Shock and Awe