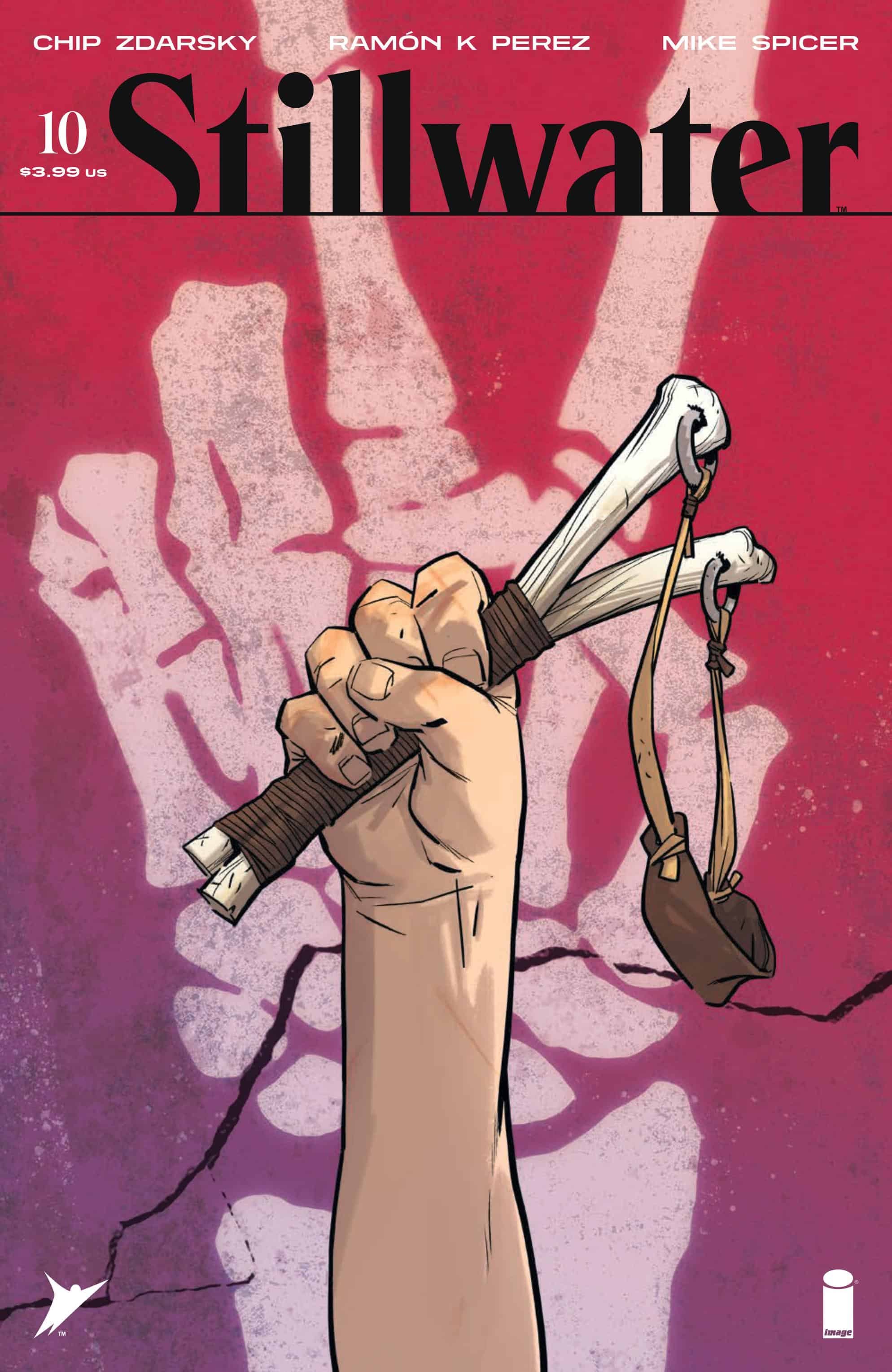 When no one can age or die, are the children still the future? The town of Stillwater is about to find out.

Crossing thresholds is important in storytelling, with the hero of a story crossing multiple thresholds in the attempts to change their world. The most literal example of a threshold is physical, like Luke leaving Tatooine for the first time. It’s a way to symbolize a protagonist leaving their world behind for something new.

Stillwater written by Chip Zarsky and Pérez is a book all about thresholds and the way people cannot cross them for their heroic journeys, relegated to staying in a state of stagnation. It’s a series that’s dealt with the dark implications of immortality, and this issue emphasizes the burden it can be on both the young and old. In Issue #10, the extent of that burden has come into sharp focus, and it marks the beginning of the end for the previous way of running the town.

Zdarsky’s script delivers a powerful message about the horrors of immortality, specifically in the ways children and the elderly have to carry on. It’s a marvel (no pun intended) when a writer can shine a light on an aspect of a genre convention and make it feel wholly original. Zdarsky masterfully keeps the focus on the characters and their reactions as he leads us down these paths of queasy questions at a desirable power.

The idea of being frozen in a body on its way out, slowly falling, and having to endure it for possibly a decade or more is enough to put a shudder down one’s back. It’s almost as maddening as the idea of being stuck in the body of a child and having your brain develop in real-time. No matter how much you learn or grow mentally, you’re stuck in some instances as a newborn. It’s only fitting that children of the town, who have grown both mentally and emotionally, have a desire to cross the threshold of their town and get to experience the world.

These horrors are manifested by Zdarsky’s writing and rendered in gripping details by Pérez. The art feels like a festering scab, raw and irritated, waiting to split and gush. That doesn’t mean the book is ugly or should be read as dismissive. It’s rare to experience a book that can evoke a visceral reaction, especially in a monthly title. Bolstered by Mike Spicer’s colors, the shifts in the color help to create those thresholds discussed previously. Even from page to page, distinct color helps set apart the world of Stillwater, an ageless and stagnant town, from the outside world, which has moved forward and forgotten the town. That synthesis between linework and color is what makes a stomach curdle when reading. It’s another threshold, even if unintentionally that the book is constantly shifting between. On the writer’s side, it’s philosophical and existential horror, while on the artist’s end it’s body horror and terror sprung from the naturalistic world.

Stillwater is a book about crossing thresholds. Whether that be people coming in or out of the titular town where no ages, characters trying to move on to the next stage of their lives, or even returning to a better time, the concept of a barrier is ever-present. What Zdarsky and Pérez have managed in the span of ten issues is an achievement to the comic form, and this book, specifically issue #10 is going to be talked about for years. With chilling insights into the nature of immortality, to the violent need to grow up and rebel against systems, it was only a matter of time until the series had a reckoning and crossed this most recent threshold.