Stillwater #11: The Times They Aren’t a-Changin’ 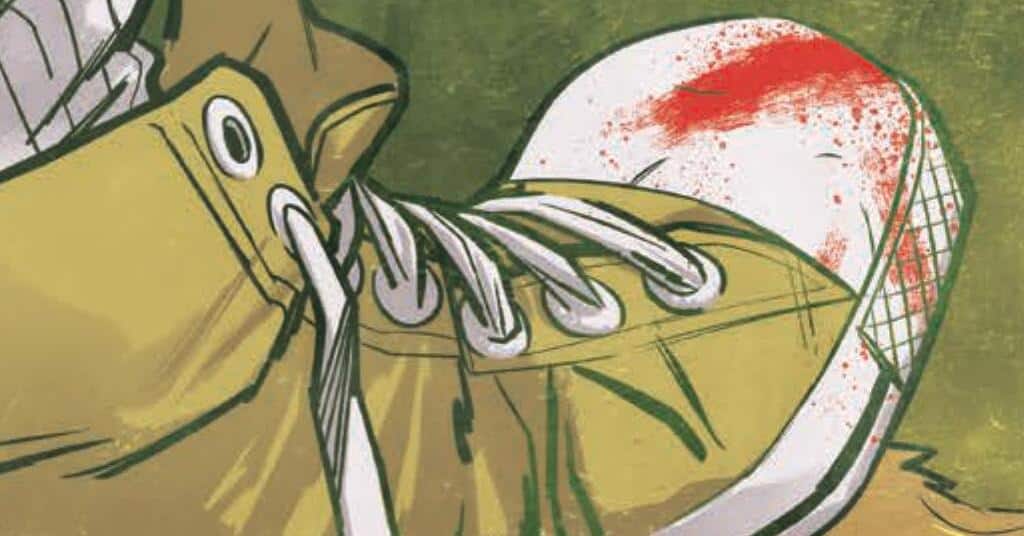 Who are the true masterminds behind the courthouse explosion? And what do they really want?

Sometimes serialized fiction needs to break its narrative flow and take a breather. Sometimes this takes the form of a hangout issue, a coda to the last arc, or even your protagonist just reflecting on what’s happened before. Stillwater #11, written by Chip Zdarsky with art by Ramón K. Pérez and colors by Mike Spicer, is one of those breather issues, serving as a denouement for the first ten issues of the series, while also building up a new status quo for the book going forward.

Zdarsky is a master of quickly and efficiently setting up this new social order of children running the never-aging town of Stillwater. His script is lean and means, dropping us into what Stillwater looks like a year after the failed coup from the gang of former marines trying to seize control, which with the help of Daniel, allowed for the power vacuum to be filled by Galen. There’s no time to linger on these structural changes to the town, as Zdarsky guides the reader from pocket to pocket of people. Even after a year without aging, it’s clear Daniel still feels like an outsider and makes him just as compelling as a ride-along character. He’s learning to shoot but fails when he tries to put it into action. He’s trying to get a cellphone or some link to the outside. It’s a testament to Zdarsky’s grasp over sequential storytelling that in a breather issue, it never feels like a drag.

Pérez’s art is still that perfect blend of picturesque and grotesque, oscillating from beautiful natural scenery to the horrors of what these immortal people continuously do to one another. The backgrounds and wide panels present the audience with this storybook-esque view of the town, resembling an almost idyllic hamlet that many will yearn to inhabit. But what Pérez sells in his art is the twisted and horrid feeling beneath those lush and stunning landscapes. No one is rendering nearly as nice of the landscapes, with almost all of the inhabitants of Stillwater resembling twisted monstrosities, rather than normal people. It’s a byproduct of living without the shadow of death, desensitizing the townsfolk to the effects and outcomes that occur from violence. Pérez’s work is a masterful balancing act of that abstract and concrete detail, every image heightening the narrative tension in what could be a tensionless situation.

Spicer’s colors were in full force in this issue, helping to reinforce that looping status quo with a consistent, and sometimes oppressive palette. The book’s colors help to lock in that timelessness that the town is trapped in. Even though there are rich colors from the natural scenery of the small town, they never feel painterly or beautiful, instead of feeling constructive and repetitive, like there’s no change in the weather or season. Along with Zdarsky’s narrative choice to skip a year into the future and not show that change of the season, the still nature of the book is amplified.

Stillwater #11 is the perfect issue to fall between arcs of a larger story, spending its page count to give the story, and the audience, a chance to catch their breath before barreling into the next stage of the story. Zdarsky and Pérez are preparing for the next stretch of the journey, and through brilliant art and tight storytelling, set up what feels like a major turning point in the tale of this ageless, and seemingly, apathetic town.

Stillwater #11: The Times They Aren’t a-Changin’