Strange #1 You remind me of the babe. The babe with the power. 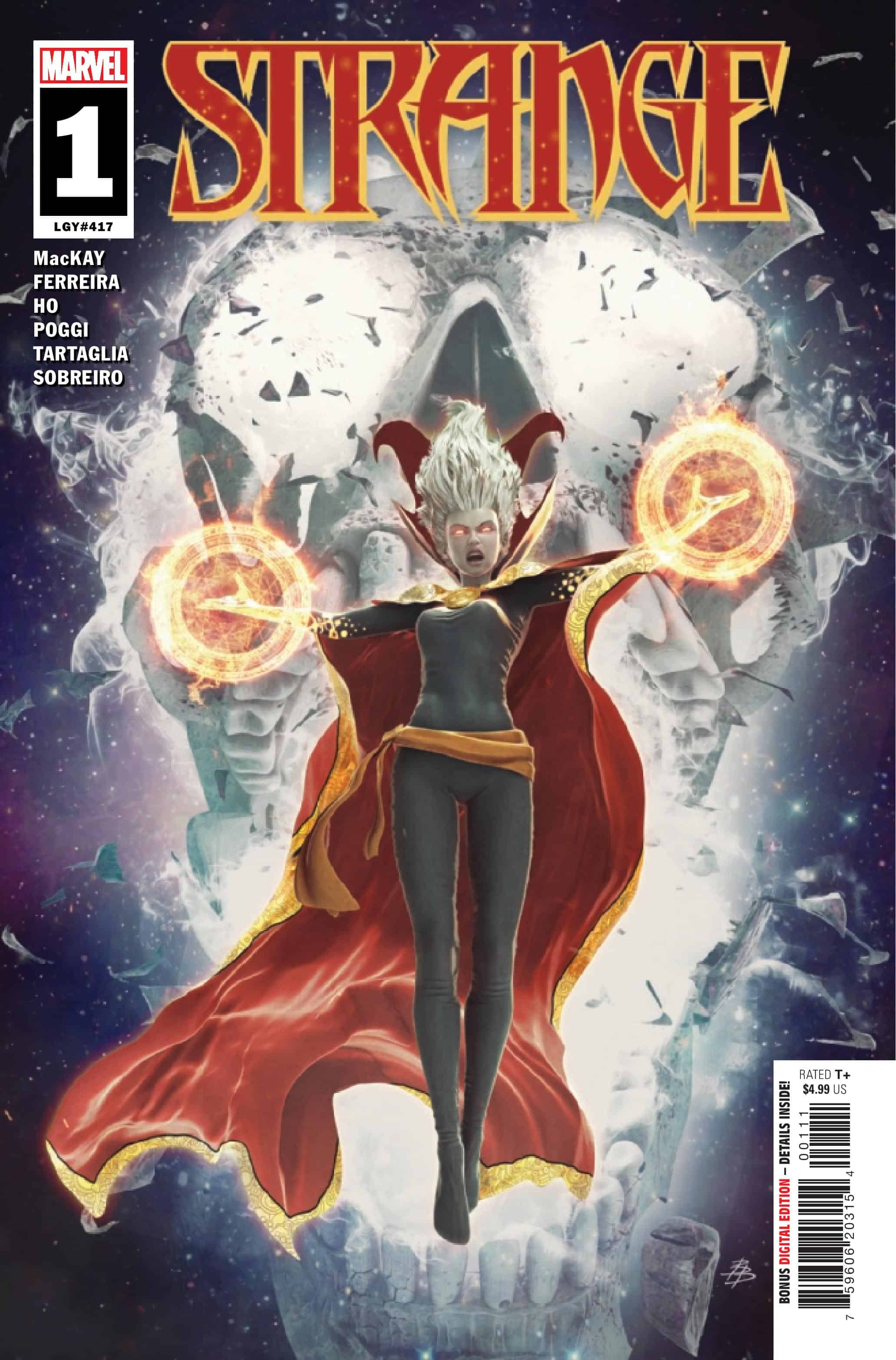 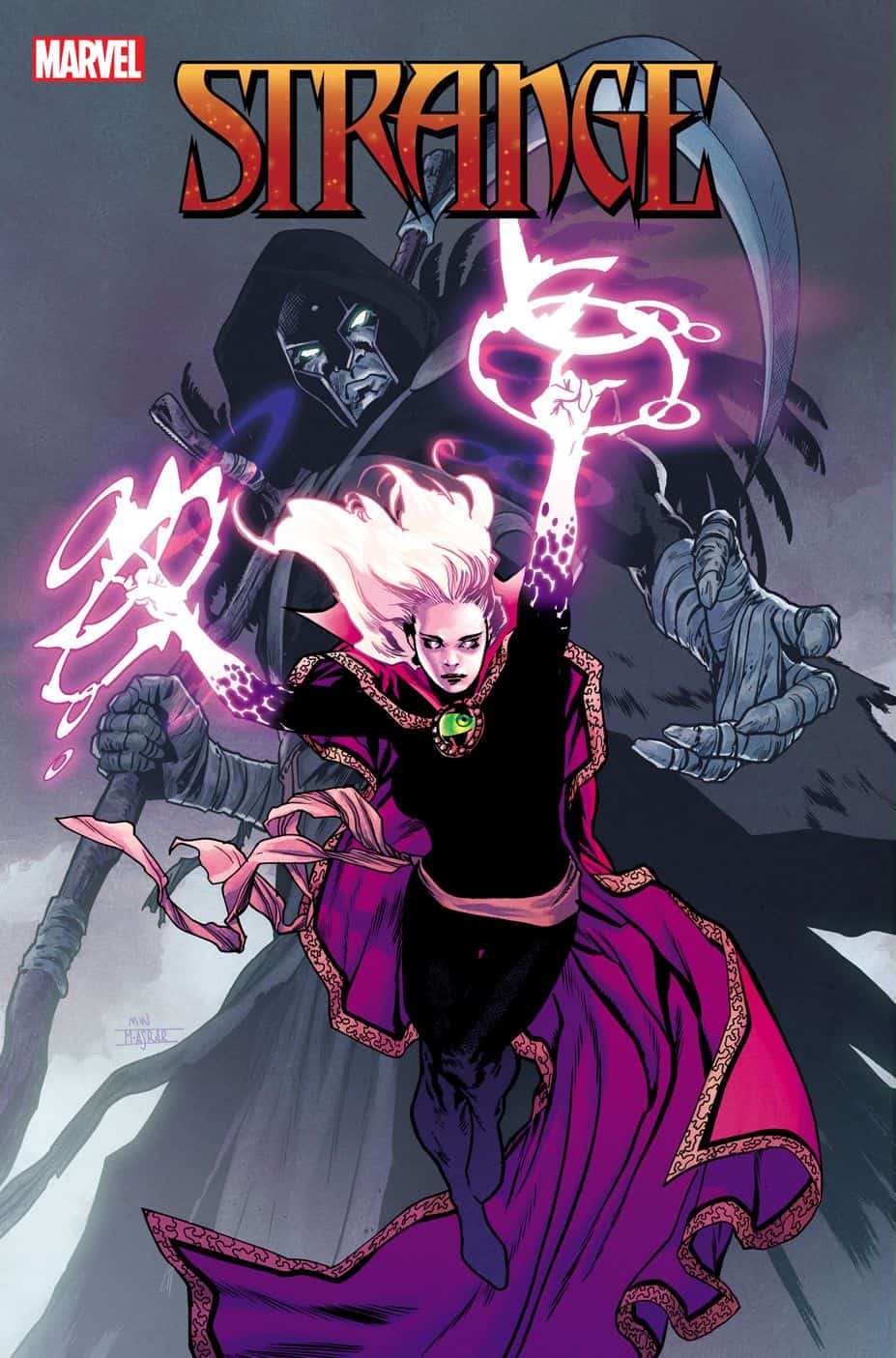 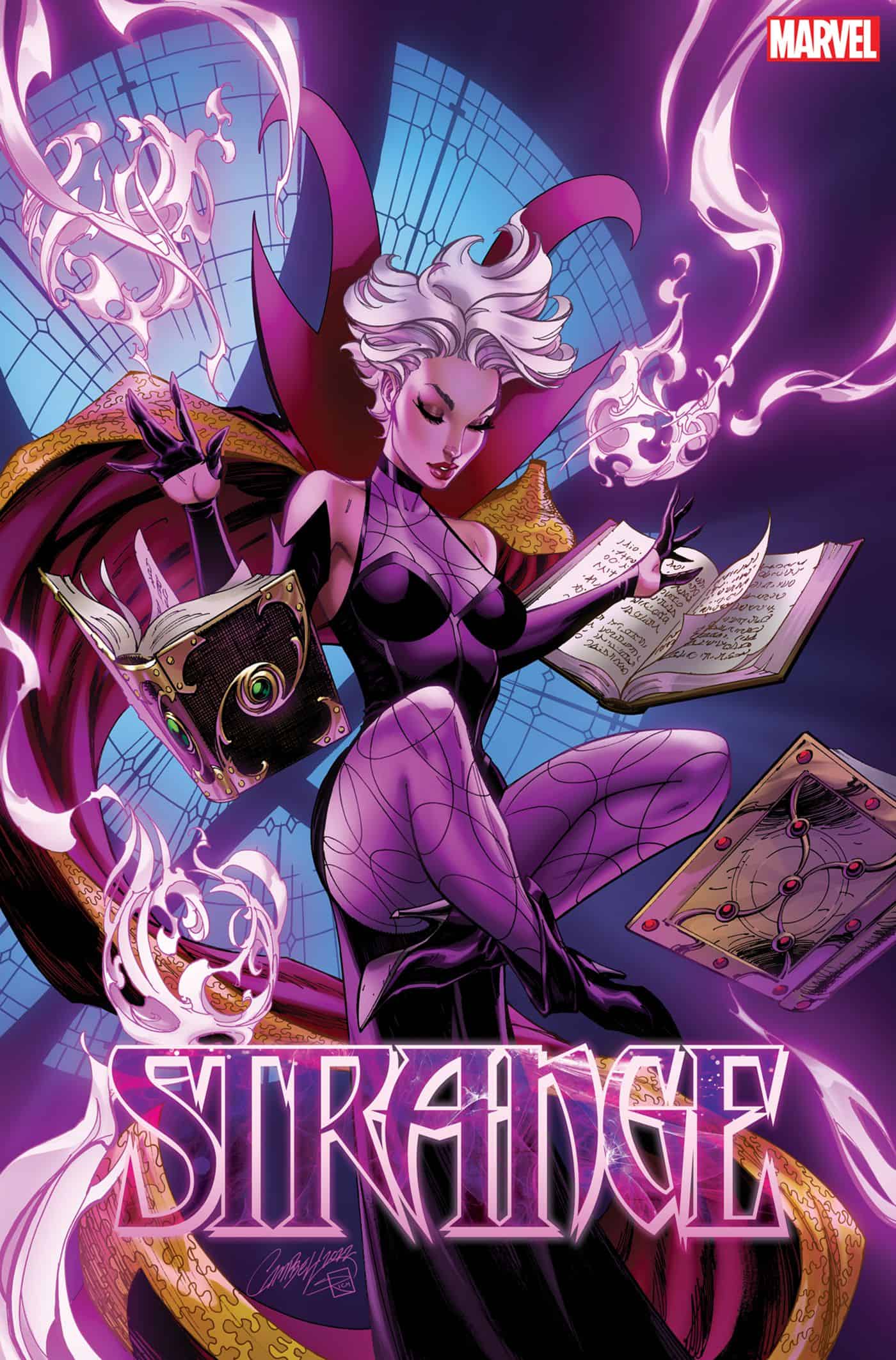 A NEW SORCERER SUPREME RISES! Doctor Strange is dead! And a new Sorcerer Supreme has taken the title, or should we say Sorceress? Haunted by her recently returned memories, Clea longs to bring Stephen Strange back from the dead! But when a mysterious group attacks the magical realm, Clea must rise to the duties of Sorcerer Supreme. For she is now the sole protector of Earth against magical threats. Don’t miss the twists and turns as Jed MacKay continues the story from DEATH OF DOCTOR STRANGE with artist Marcelo Ferreira (THE AMAZING SPIDER-MAN)!

Clea’s here, and she’s here to whoop some arse, resurrect Stephen, and chew some bubblegum, and she’s all out of bubblegum. Jed MacKay and Marcelo Ferreira’s first issue for this new era of Marvel’s Sorcerer Supreme, and it’s off to a bang. We’re teased with a new villain, a showdown with Doom to see who blinks first, plus Marvel’s very own Diagon Alley! Yes, kids, Marvel has its own Diagon Alley, and it’s full of a whole menagerie of magical miscreants (nothing like that patented alliteration in the Mighty Marvel Manner!). To top it off, we even have some magical assassins, with magical infused bullets, and grenades. It’s slightly trippy, and not something I expected from this team, but I need more.

MacKay starts the issue off with focusing on character, and even though Clea’s been around since 1964, she’s most often used as a secondary character, with varying degrees of agency, depending on what the author needs for her to be. MacKay bucks the trend, and leans into one of his biggest strengths; creating strong female leads, with loads of personality, and humor. He also helps to establish the relationship between Clea and Wong, and portrays him as more than just the Sorcerer Supreme’s valet, but someone of importance to the Strange world. While the new villain is rarely seen in this issue, Clea’s handling of Doom was top notch, although backing off like he did didn’t feel like something Doom would do. Doom has been featuring pretty heavily all over Marvel at the moment, and his behavior varies from series to series, so I’m not going to be too critical here, but I’m hoping we’ll see Doom be smoothed out over the course of his storyline here.

Marcelo Ferreira joins Jed as his magical artistic collaborator, and he sets about giving Clea, and this new magical corner of the Marvel universe, and it works for me for the most part. The new villain, Harvestman, has a design that reminds me of a mix of Dr. Doom with that of Kraven the Hunter, and I’m digging it. Plus that last page surprise definitely has me on board. He’s menacing, and looks like he’s going to put up quite a fight in the next issue. I’m not really a fan of Clea’s Sorcerer outfit, nor the flames that engulf her head when she switches to HBIC mode, but I understand why the flames are there. For those not in the know, flames engulf the head of whomever is the Sorcerer Supreme of the Dark Dimension, and that’s why they’re here. Clea’s not only this dimension’s Supreme, but the Dark Dimension’s supreme as well. As far as her costume, it’s just too basic. I kinda wish she’d use the costume she sported during the Death mini, designed by Lee Garbett. She wears it here as if it were her “I’m headed to Starbucks to grab the low-fat frapp, in my velour jogging suit look”. The book is definitely enjoyable for both new and old fans, so I recommend you definitely support this book.

A fun start to this new era of magic, filled with Jed’s signature wit and humor, aided by Marcelo’s knack eye for dramatic entrances, and action scenes. Every player seems to have a fleshed out profile for Jed to use in upcoming stories. There’s a story brewing that’s going to involve Dr. Doom, which definitely has my interest piqued, since he first stepped on Wanda’s toes during the Darkhold event, and now on Clea’s. I have high hopes Jed’s gonna knock it out of the park with this one.

Strange #1 You remind me of the babe. The babe with the power.