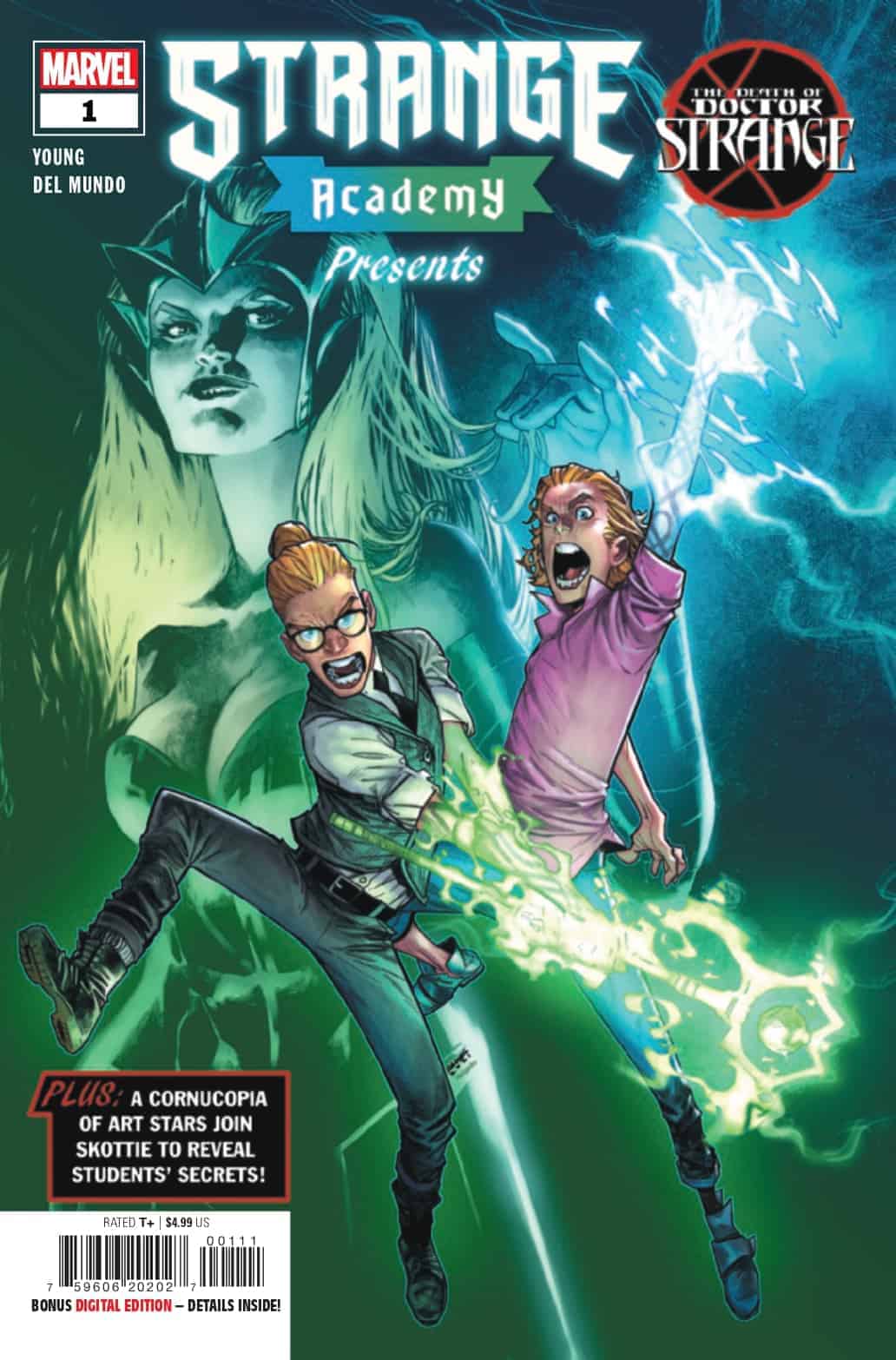 Strange Academy is closed until the events surrounding Dr. Strange’s death are resolved, so the students go back to their parents! Iric and Alvi’s mom happens to be the Enchantress, so you know this isn’t going to go smoothly. We’re going to learn that the apple doesn’t fall far from the tree and more than just one realm is in trouble. All this and more! 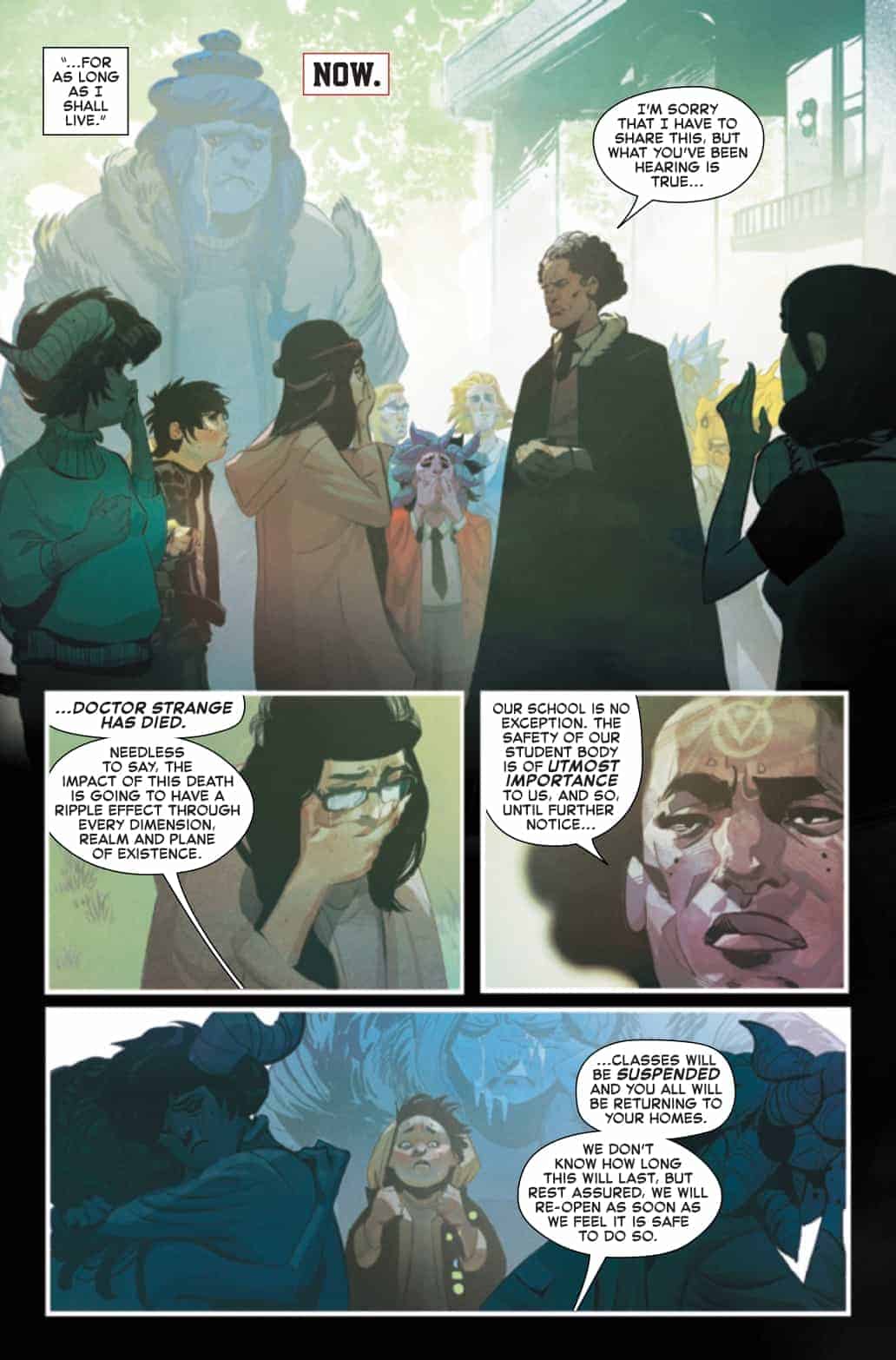 Scottie Young uses this issue to fill multiple purposes. Beyond the obligatory tie-in nature of showing just how far consequences of Stephen Strange’s death reach, Alvi and The Enchantress’s journey provides character development for them both. Alvi is given a chance to shine beyond just as Iric’s stuck-up brother, while Amora’s humanity is allowed to shine with the genuine emotion she shows for her children. 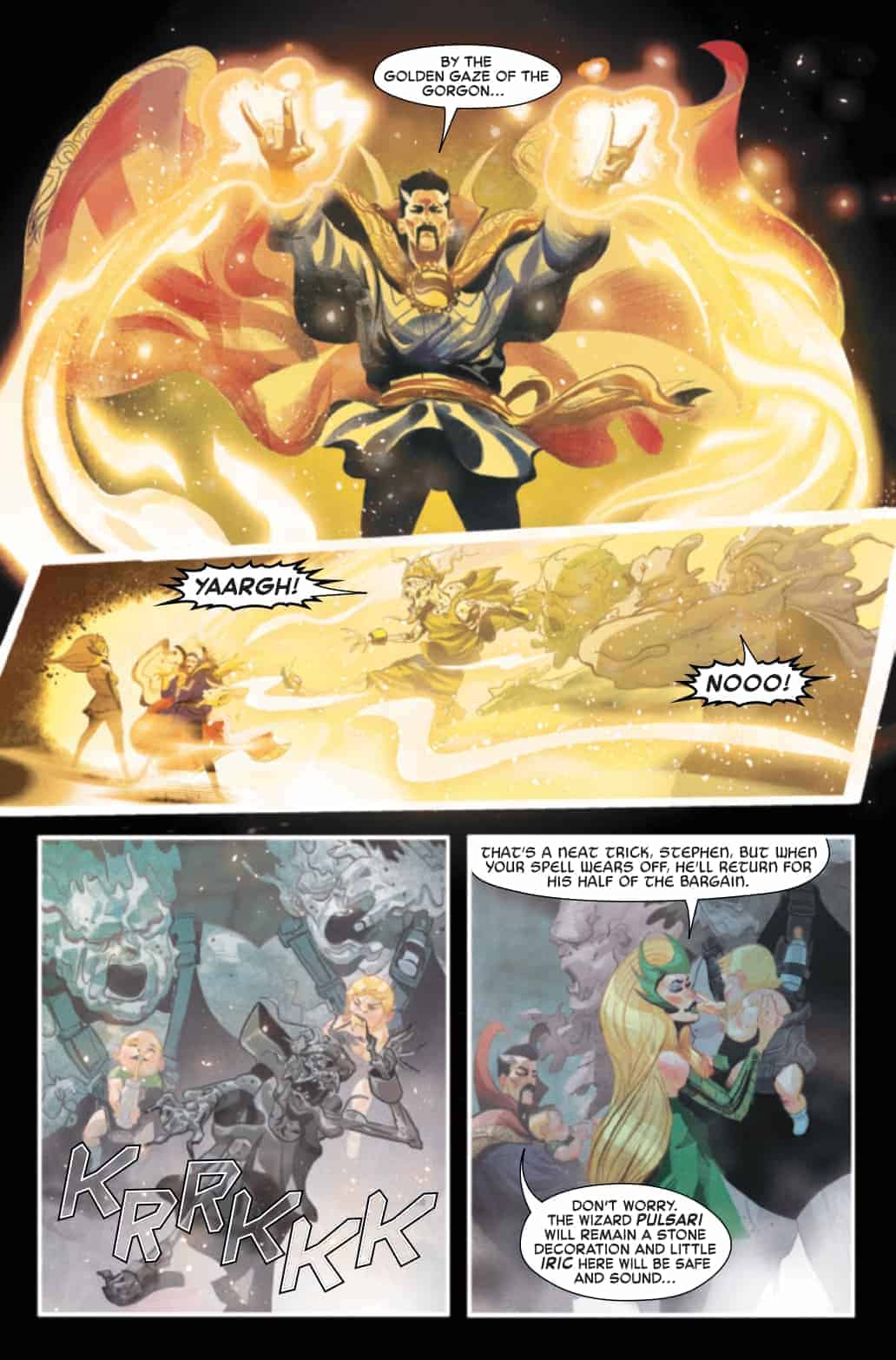 The art by Mike Del Mundo and colors by Mike Del Mundo and Marco D’Alfonso creates an almost painted quality that is a perfect match for the magic and unique setting of Weird World. The tone of surreal and serious mirrors not only the setting of Weird World but also the duality being expressed in the character of The Enchantress. Her callousness of having traded her son coexisting alongside her wish to save him.

Strange Academy Presents The Death of Doctor Strange #1 (Scottie Young, Mike Del Mundo, Marco D’Alfonso. & VC’s Clayton Cowles) is a prime example of a creative team using an event to further the story and characters instead of becoming lost in the big picture.