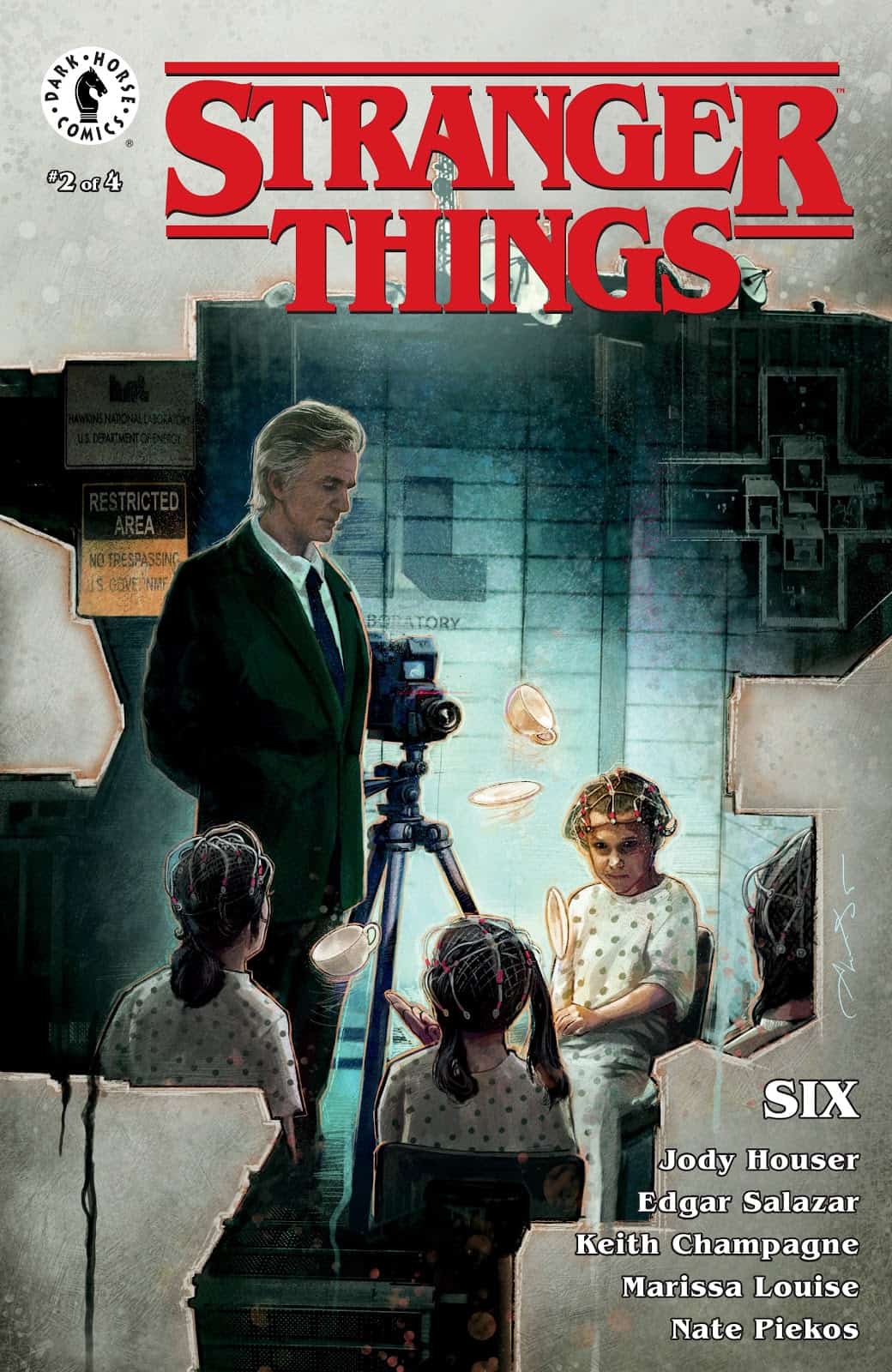 Stranger Things: Six delves into the mysterious other test subjects at Project MKUltra by focusing on Francine (Codenamed: Six), a young woman with precognitive abilities and a troubled and abusive past. Through dual narratives of Six's past and present, the story of how her powers first manifested, the reaction of her family and how she came to be in the Hawkins Lab leads to the introduction of three more previously unknown test subjects. Three and the twins, Nine and Nine-point-Five help to propel this story forward as Houser and company make significant contributions to the mythos of Stranger Things. 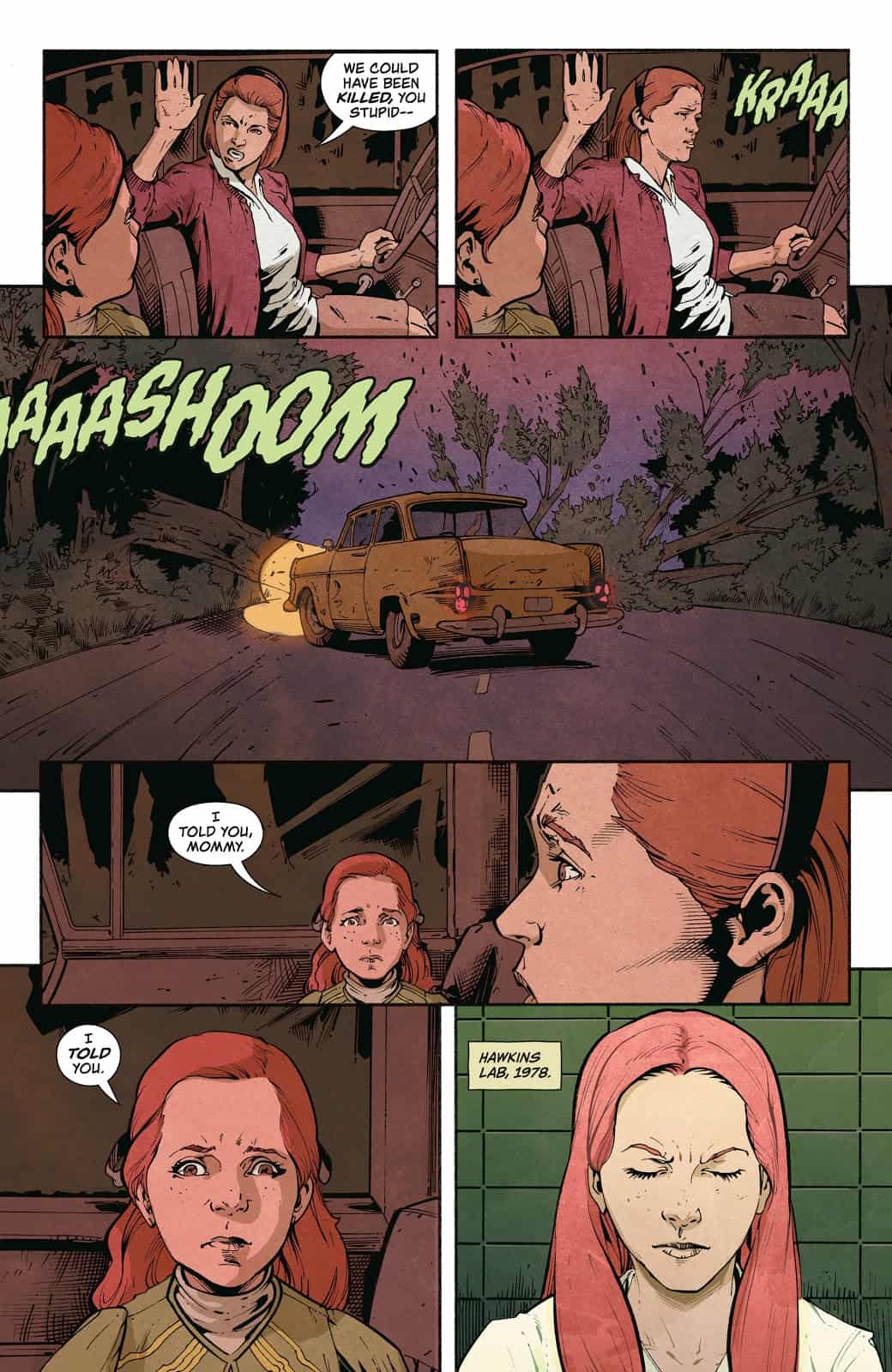 This volume is the second volume of Stranger Things comics from Dark Horse, both penned by the incredibly talented Jody Houser. The first volume was technically proficient, telling the perspective of young Will Byer’s time in the Upside-Down from his perspective. While it was an enjoyable twist on the television narrative, it didn’t bring much to the table in terms of expanding the canon of Stranger Things.

Six, on the other hand, is a horse of a different color. This prequel takes fans to places they’ve never been before. On that merit alone, the book is absolutely worth checking out. But Houser makes certain to not stop there by using her gift for words to explore previously underdeveloped elements of the Stranger Things world. Notably, much of this volume deals directly with the pressures and traumas associated with being born “different.” We know from the show that Eleven (and also Eight) have dealt with more trauma than anybody their age (or any age, really) should have to have gone through but those traumas remain vague, the pasts are ambiguous. In the case of Six, these similar traumas are laid bare for the world to see. Six’s exploitative parents, the pressures put on her by the program, and her natural trust issues involving her relationship to Three all combine to set up an incredible character arc with a heart wrenching ending. 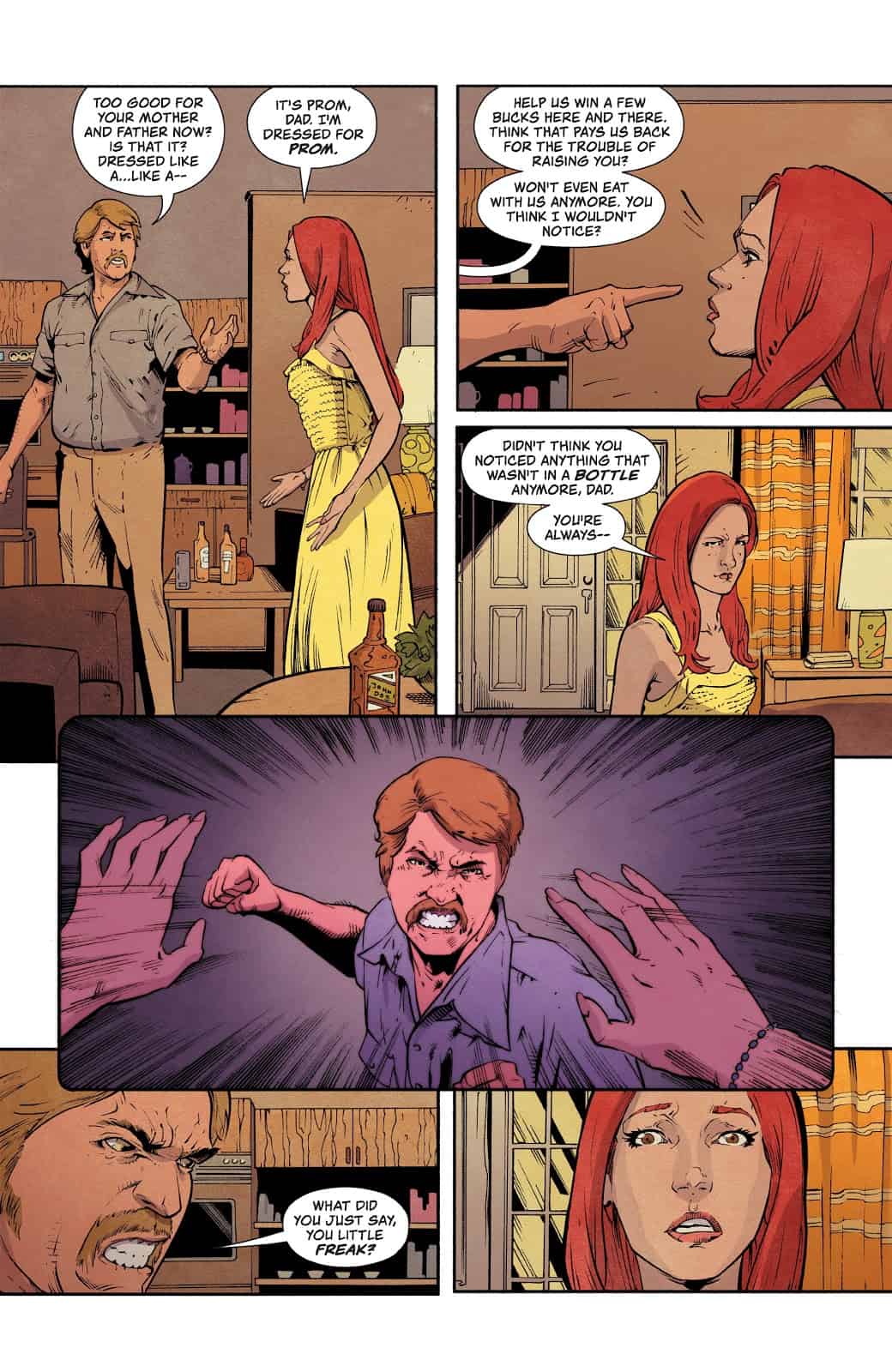 Artistically, Salazar, Champagne and Louise find themselves in an interesting predicament felt by many who work on properties adapted from screen to page in that there seems to be a pressure to ensure character recognition in the art work, which tends to force the style into a box in many ways. The team accomplishes this task quite well as the previously established characters are certainly recognizable and there is a sense that, should any of the new character surface on the screen, they too will be able to adapt in style and general features. The unfortunate downside to this, of course, is that in some ways, the book reads like a storyboard rather than a story at times but that is hardly a failing of the team and has much more to do with the cross-medium challenges. 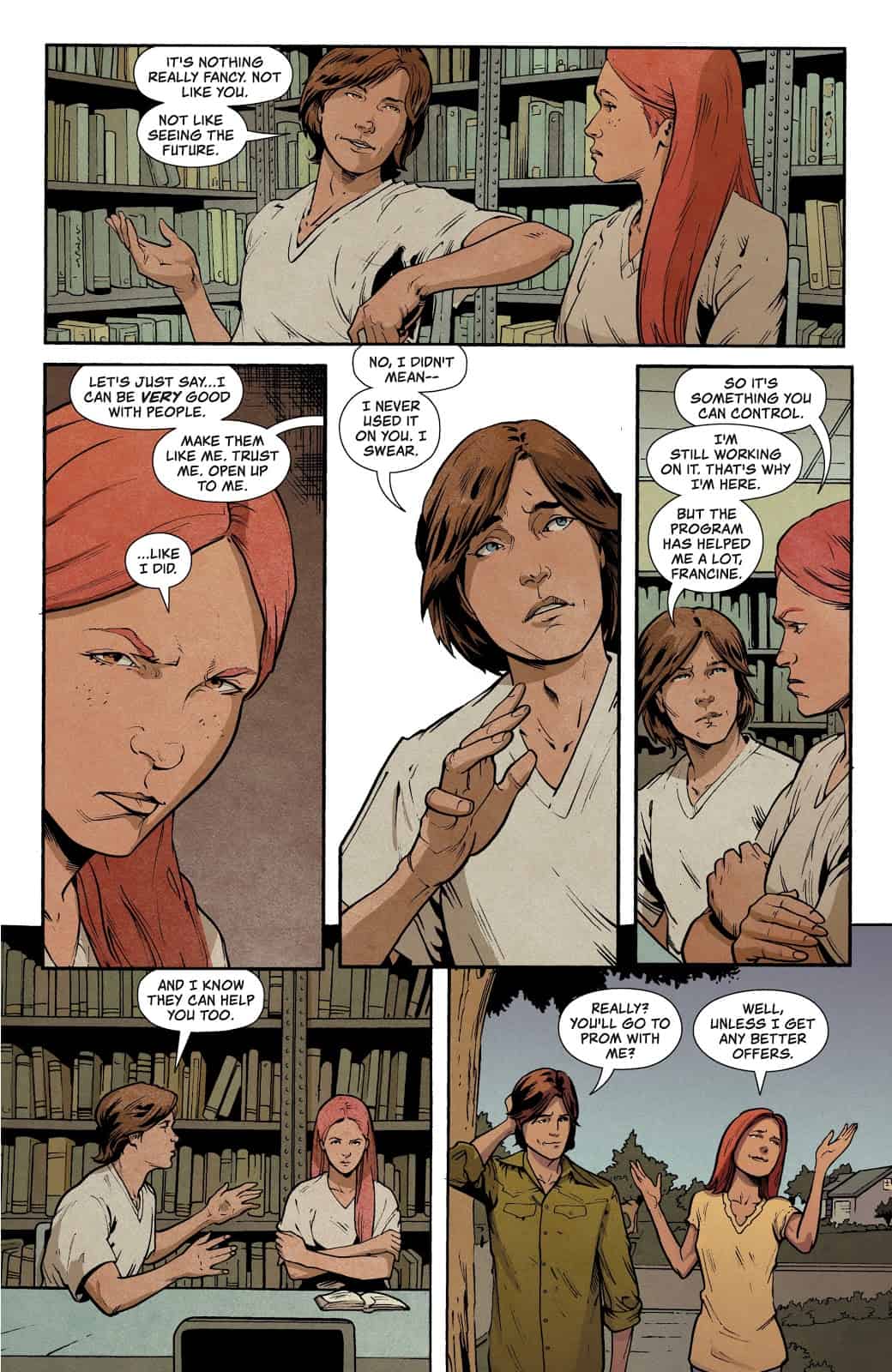 All said and done, Stranger Things: Six is an well-craft compendium for fans of the television phenomenon but holds little appeal to non-fans of the show. The work put into this book certainly shows from cover to back matter and the target audience should be very appreciative of that. It isn’t a necessary read, but if you’re like me and can’t wait for season 4, this book comes with my recommendation as a wonderful place holder until then.