Stranger Things: Six #1: I Know What You Did Next Summer 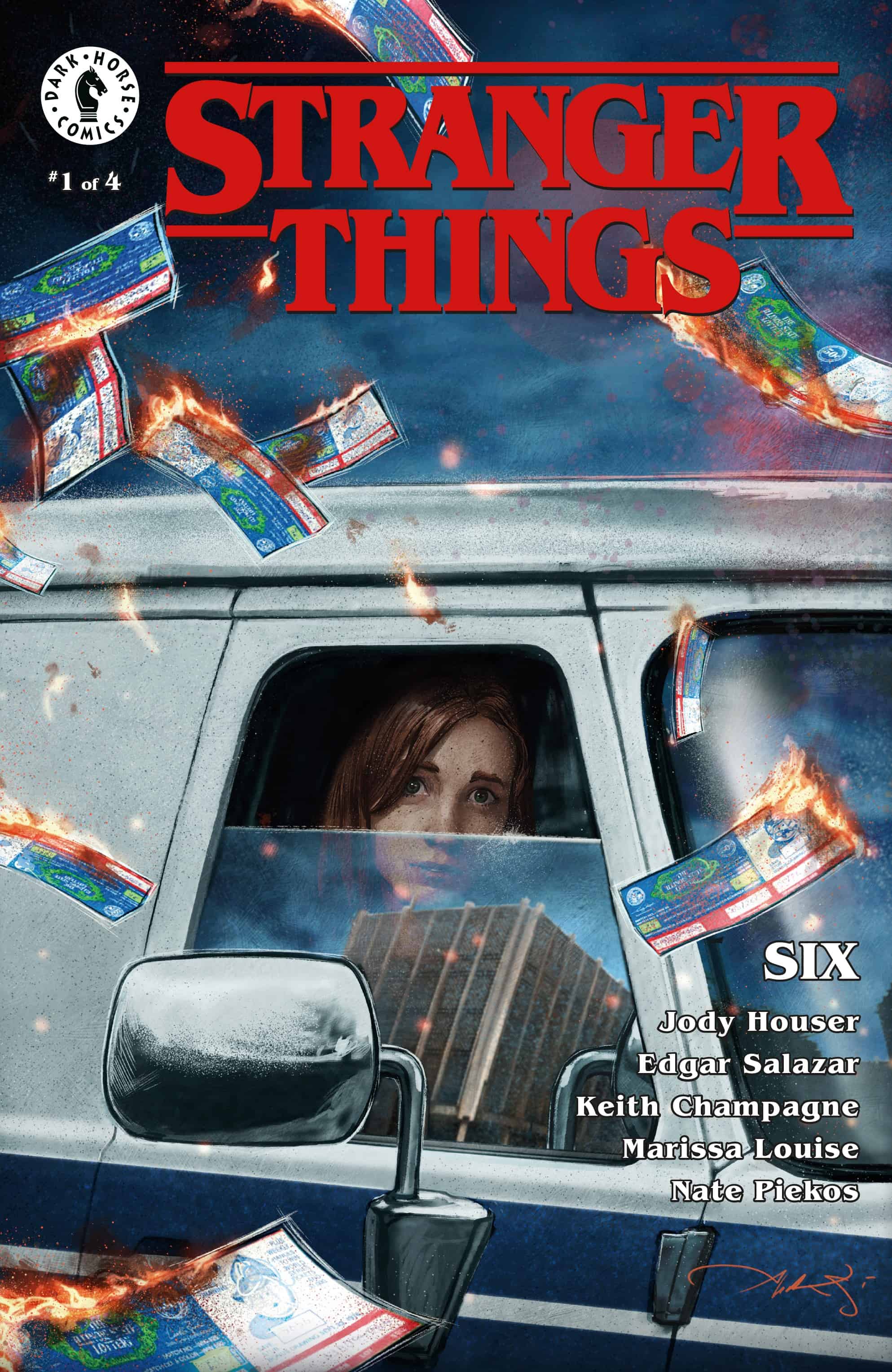 Dark Horse introduces a new chapter in the Stranger Things saga with this prequel series focusing on Six, a predecessor of Eleven at Hawkin's Lab. The issue bounces back and forth between sequences from Six/Francine's childhood and the earliest manifestations of her precognitive powers and her later time in the lab. 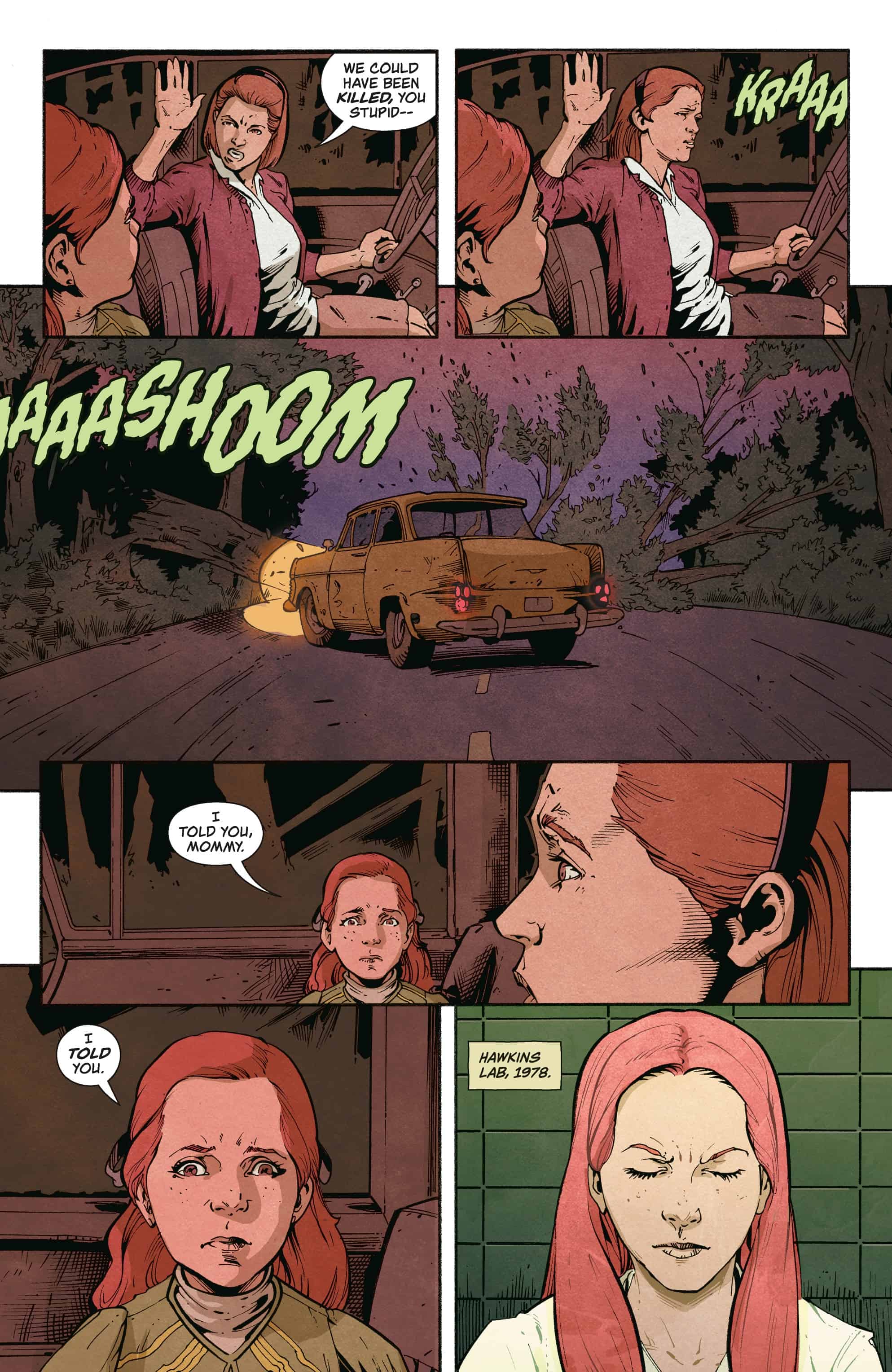 The story follows the exploitation of Six's powers by her parents (lottery and gambling) and her current limit testing at the lab. After a particularly unsuccessful trial, Six encounters a face from her past, an old neighbor named Ricky, and discovers that he, too, is a part of trials-- Three. 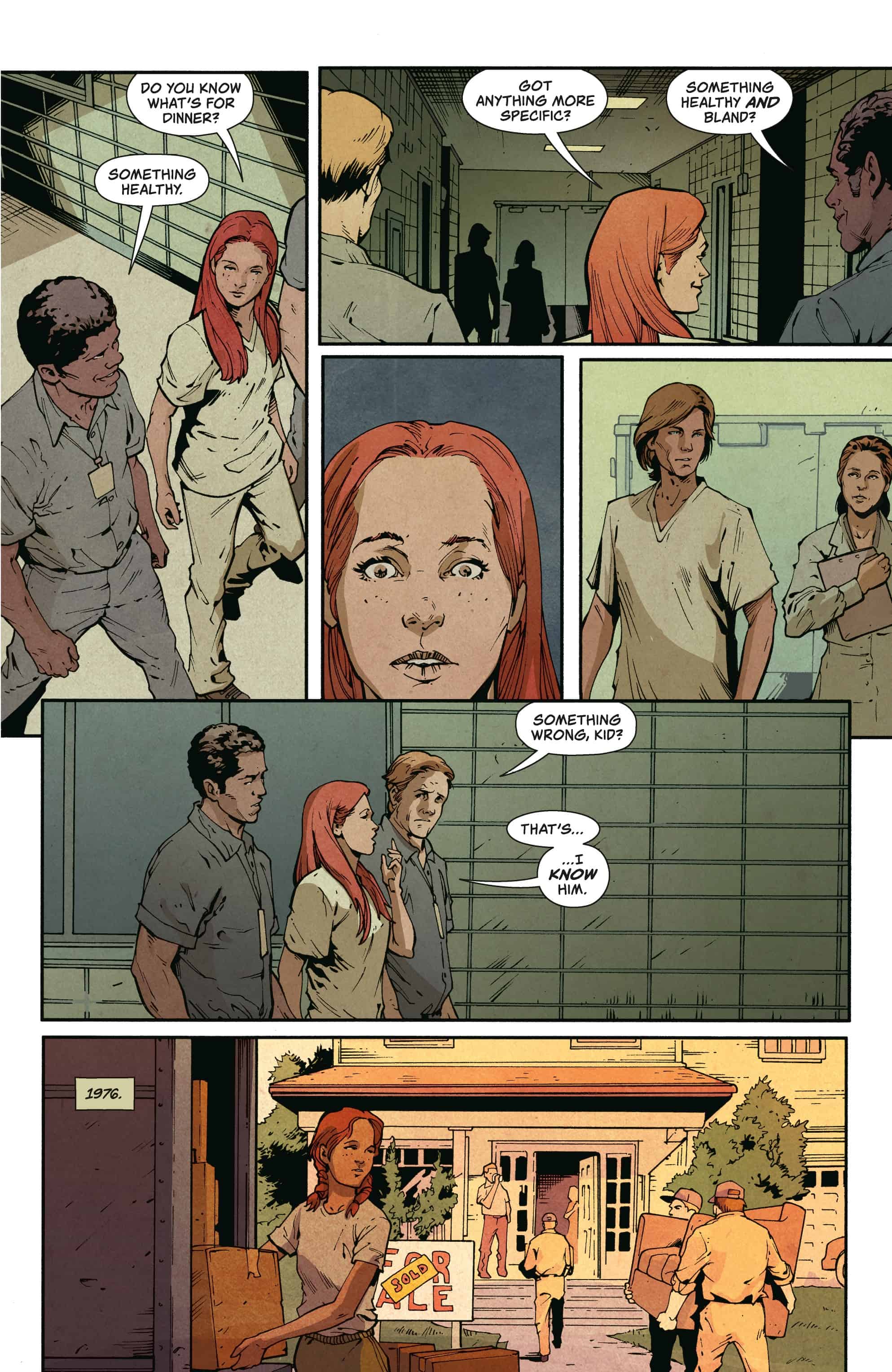 But things aren't quite what they seem as Six begins to see visions of the Upsidedown creeping about the edges of her sterile "home". 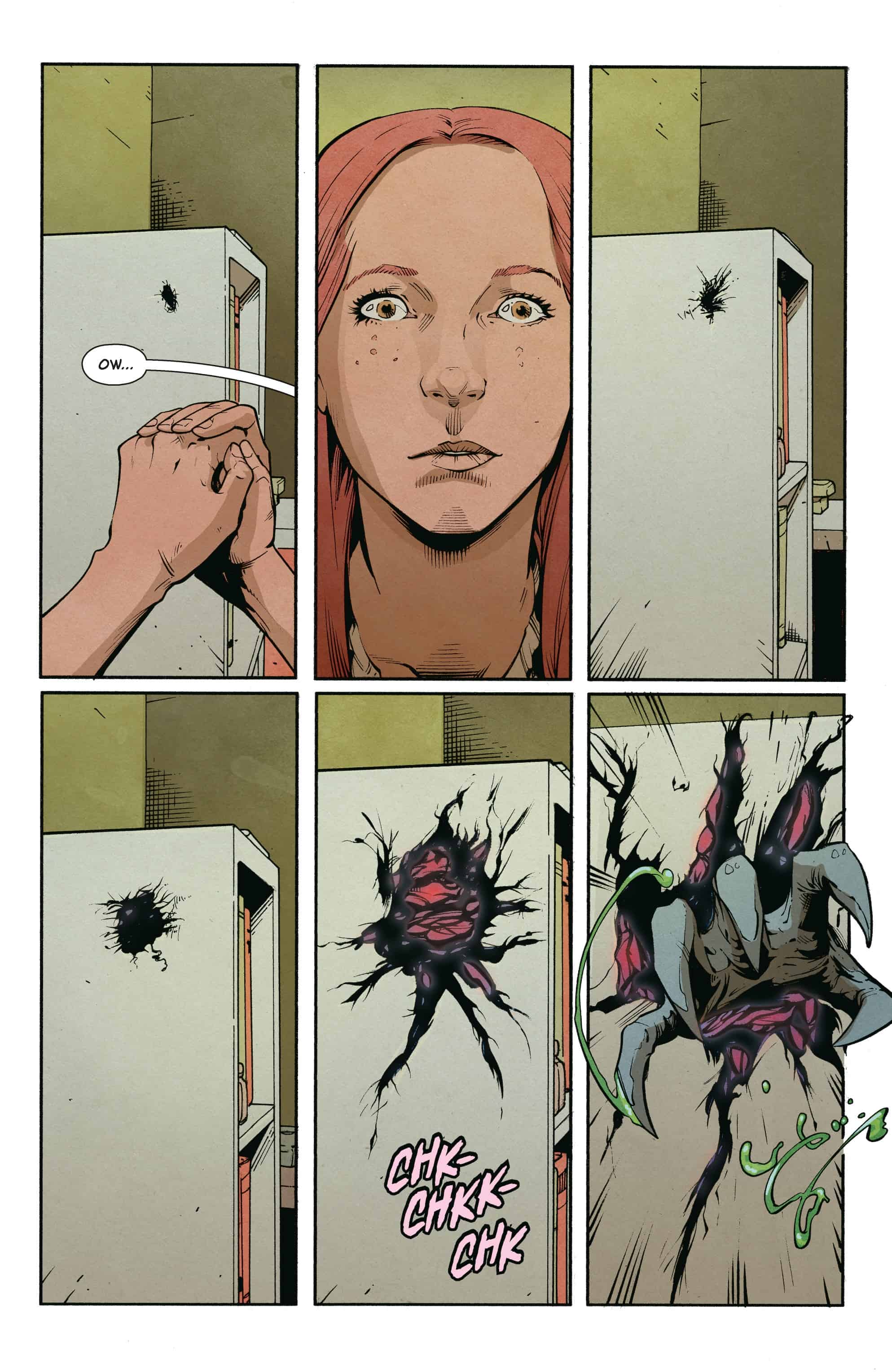 Stranger Things: Six is off to a strong start, a far cry better than Dark Horse’s previous Stranger Things installment. Where the previous installment found itself constrained by telling a parallel story (Will’s time in the Upsidedown) and thus boxed in by details the reader was already aware of, including the conclusion, Six is free to explore entire new regions of the Stranger Things mythos.

Houser’s writing style is perfectly suited to this genre and mode of story-telling, with her uncanny ability to paint a picture with words regardless of the accompanying artwork. The art here seems to work fine for the story thus far but lacked a certain something to make it jump off the page. Because so much of this issue was intentionally “sterile”, that may be a function of story rather than artistic skill or imagination, though. All in all, an interesting issue that I would recommend to fans of the show but perhaps not to casual readers.

Stranger Things: Six #1 enters into a whole new level of the Stranger Things phenomenon with this prequel focusing on the lab subjects prior to the famous Eleven.

Stranger Things: Six #1: I Know What You Did Next Summer