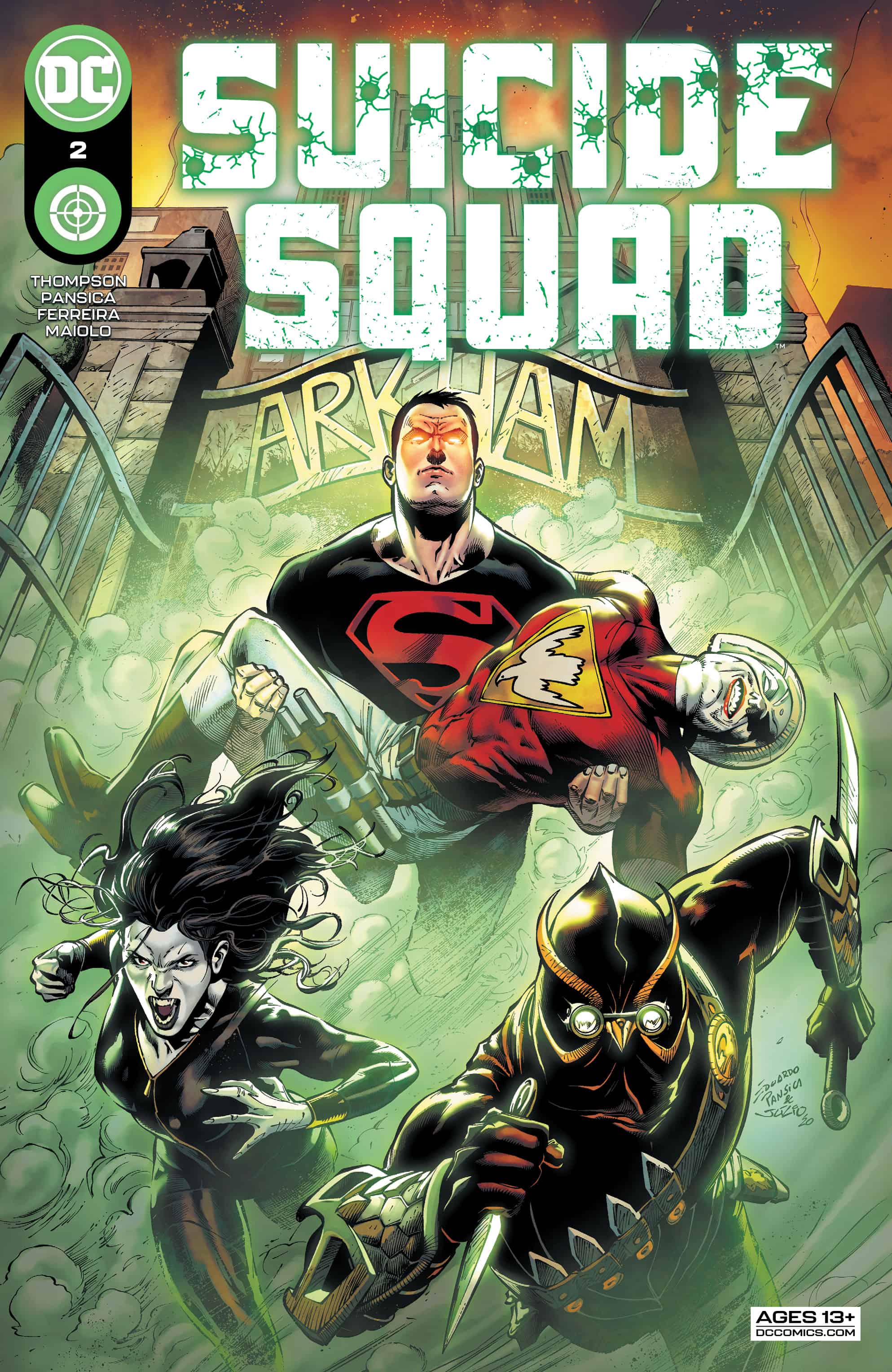 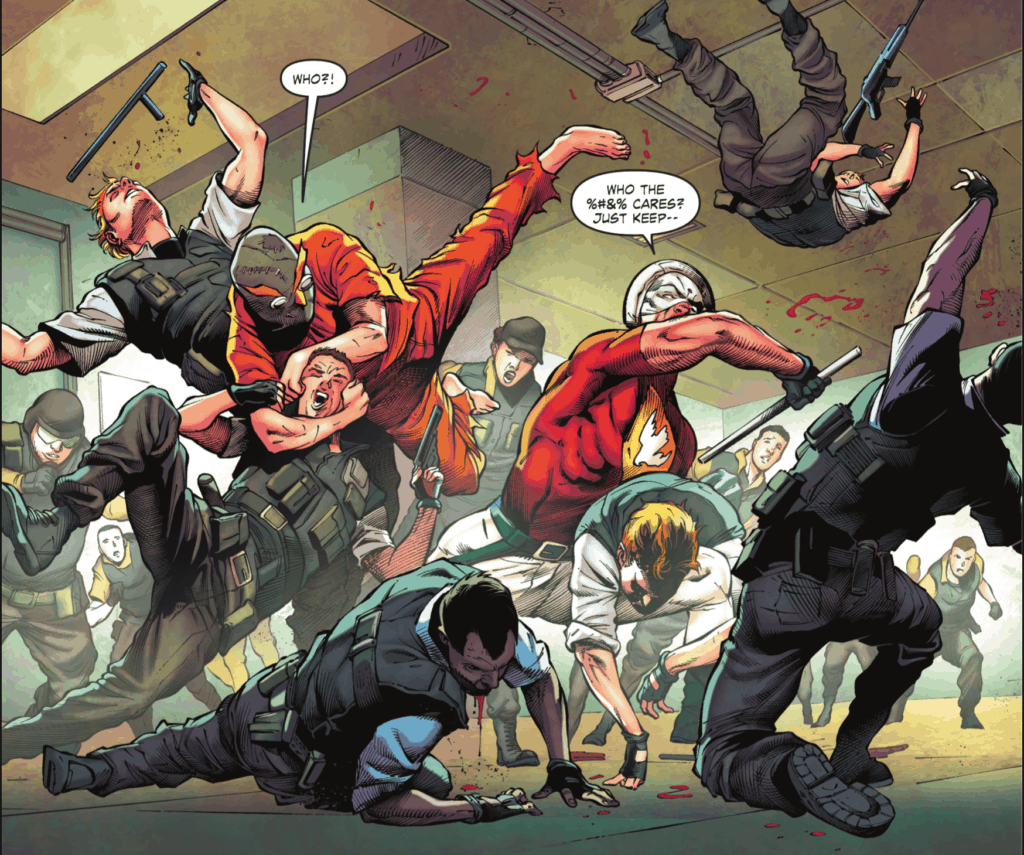 But who is he? And will it matter if he and the rest of his team are dead, thanks to the deadly Joker gas coursing through Arkham?

Well, Suicide Squad certainly lives up to its premise in its second issue, with no less than two more team members DOA as soon as they’re introduced. Plot armor tropes mandate that certain lead characters will always survive – think Peacemaker, Superboy, and Talon – but everyone else is expendable, and writer Robbie Thompson wants everyone reading to be fully aware of what the stakes are.

This might, though, be a case of too much of a good thing. It’s one thing to leave readers on pins and needles as to who might survive ‘til next issue; it’s quite another to mow through characters with such abandon that their deaths are more about creating a body count than effectively crafting a satisfying narrative. Readers need to be given a chance to care about these characters before they’re killed, otherwise, their deaths are mere shock value with no inherent meaning. I’m legitimately frustrated by one of the deaths in this issue, as the character is written in such a way that they could have brought a lot of black humor to the comic. The second, though, is written as such a nothing character that their death doesn’t even register. Death should always matter, even – or perhaps especially – in a book like Suicide Squad.

But there are deeper mysteries afoot, perhaps most pressingly: what on earth is Superboy doing here? Kon-El has been pressed into servitude for reasons unknown. When last we saw him, he was helping to save the day during Death Metal – so how did he get here, under Amanda Waller’s oppressive thumb? That’s a great hook for keeping readers coming back for more each month. Similarly, Peacemaker himself (very, very different than John Cena’s overly-earnest onscreen take of the character) is an ostensible hero (at least in his own mind), but his setup last month – Rick Flagg was aghast that Amanda Waller would put such an unstable person into the field, much less make him the field leader – creates uncertainty as to his role in the grand scheme of things, as well. That much, at least is a hook worth digging into.

Less so, Amanda Waller. Here, she’s been reduced to such a blank slate – dependent wholly upon the reader’s surface-level understanding of her character – that she is metaphorically and functionally “The Wall,” and The Wall alone. It’s hard to square this watered down idea of who and what Amanda Waller is with John Ostrander and Kim Yale’s original vision for the character; a woman in pain from loss willing to do whatever she had to for her own vision of peace. Now, she’s just an evil b!%$#, with no internal life or motivations. Thompson needs to do much better by this character; it’s certainly not his fault that she’s been so severely reduced in her emotional and motivational capacity, but he does have a responsibility to try to rehab the character.

Eduardo Pansica, Julio Ferreira, and Marcelo Maiolo do a fine job on the art; Ferreira’s inks, especially, give the book a darker, harder edge that’s appropriate for the subject matter. Maiolo washes everything in darker hues and is less dependent upon a more obviously computer generated coloring technique than he displayed on Teen Titans. Pansica’s layouts are fun and effectively communicate the pacing of the story; my only real complaint is that occasionally he over-renders people. There’s a splash page of Superboy getting punched that looks almost surreal because of how much over-the-top detail he puts into the image. Other than that, this is a picture-perfect comic.

Though a tad too reliant on upping the body count for its own sake, Suicide Squad #2 effectively presents enough hook-worthy plot points to lure readers in and keep them around.