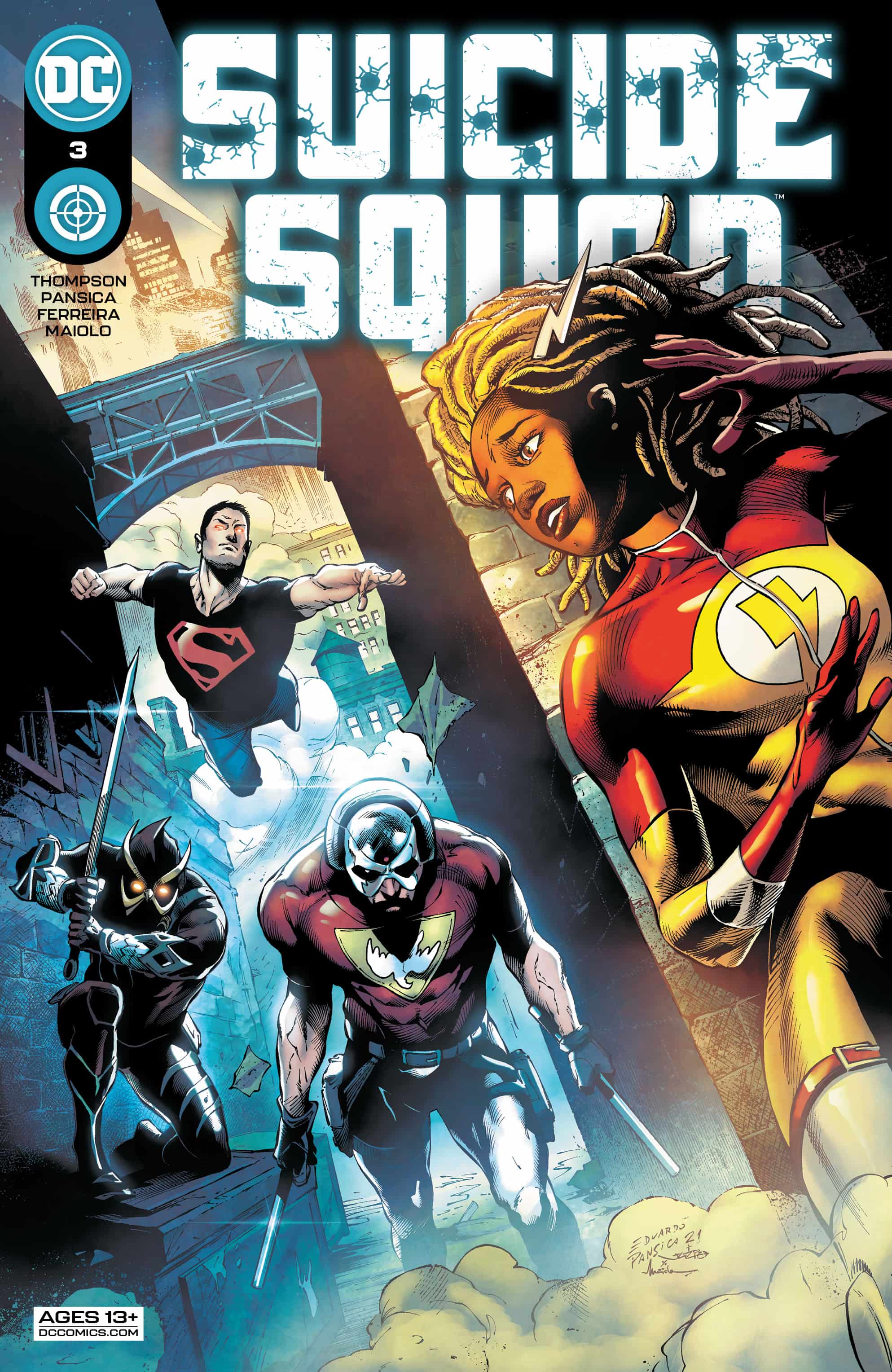 A member of the Squad dies! Amanda Waller schemes! It's seemingly just another day in the life of the Suicide Squad... but as ever, Amanda Waller has schemes within schemes. 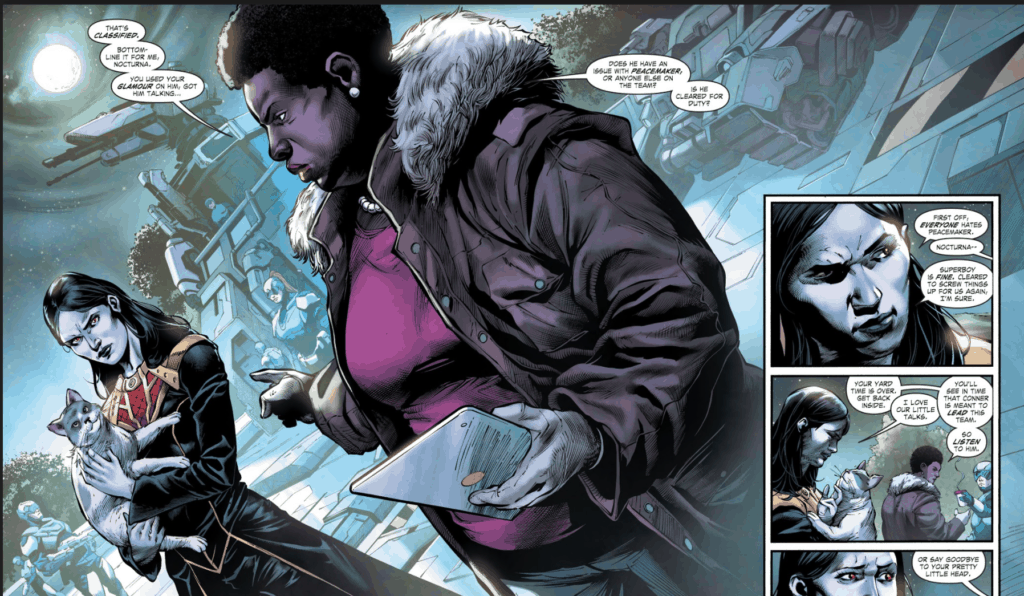 One of these schemes involves Superboy (Kon-El), who... isn't quite right, for some reason. But the other involves Teen Titans Academy member Bolt, who may or may not be a mole!

All of this adds up to one ironclad conclusion: there’s a mystery afoot – hell, several of them – and Thompson has me intrigued. This isn’t a book I’d have originally thought to add to my pull sheet; now, I’d be hard-pressed to find reasons not to. Eduardo Pansica, Julio Ferreira, and Marcelo Maiolo’s art is the chef’s kiss; there’s little that could be argued against Suicide Squad being one of DC’s flat-out best-looking books on the stand right now. My only real complaint is that Pansica sometimes isn’t very economic with his page layouts, leaving lots of dead space unnecessarily: 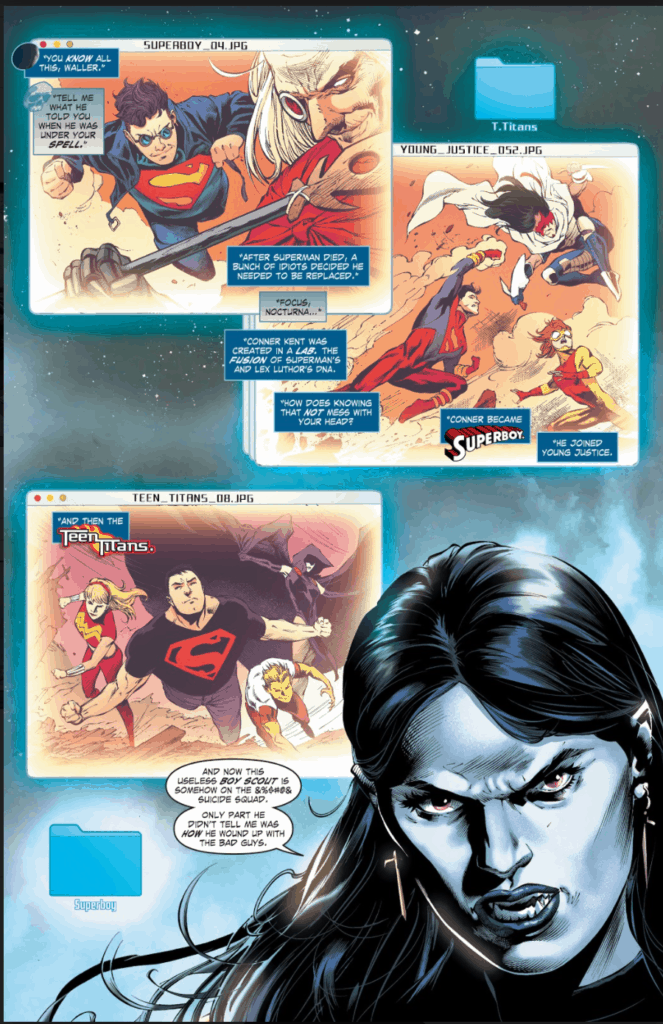 It’s not that the page doesn’t flow, but the dead space behind and between the panels could have been taken up with Pansica’s actual, beautiful artwork. There’s a couple other pages in the book that have this same type of flaw to them; gorgeous to look at, but a bit too open for my tastes. But this is a relatively minor quibble. Throw into the mix this issue kicking off a crossover with Tim Sheridan’s superb Teen Titans Academy, and you very suddenly have a dark horse contender for one of the sharpest DC books – and comics in general – on the shelves right now. It may have taken until issue three for Thompson and company to find their rhythm, but now that they have, Suicide Squad is indeed a can’t-miss comic.

Suicide Squad finds its groove, and comes out swinging with a deft mix of mystery, mayhem, and gorgeous art.