Suicide Squad: Blaze #3: With a Bang 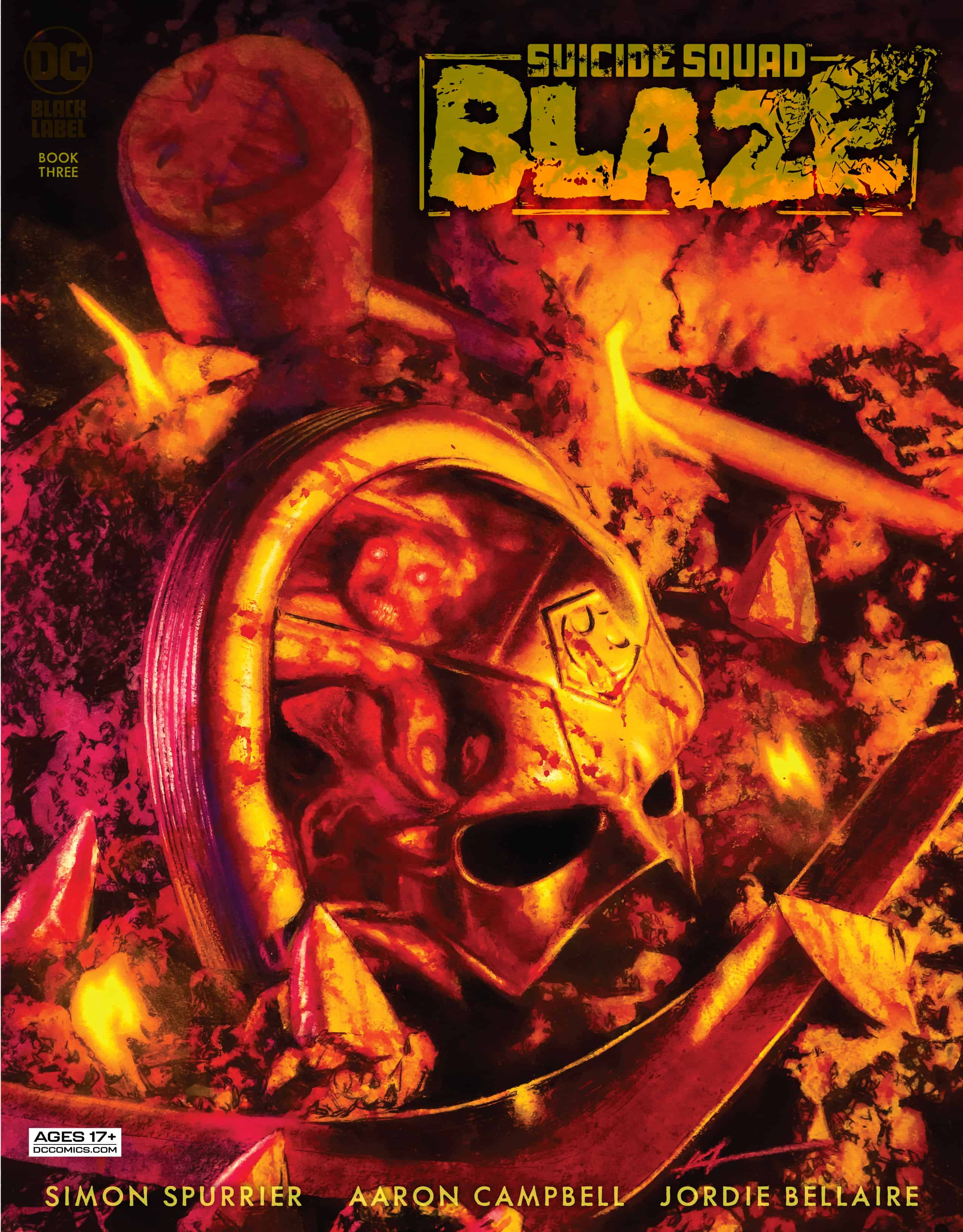 After the blood-soaked events of last issue, there are no heroes left with the strength to take on the cannibal killer…with the possible exception of, believe it or not, one Michael Van Zandt. But when Michael learns the truth of both the killer’s true nature and that of the powers he’s been given, humanity might have a lot more to fear than one flying carnivore… 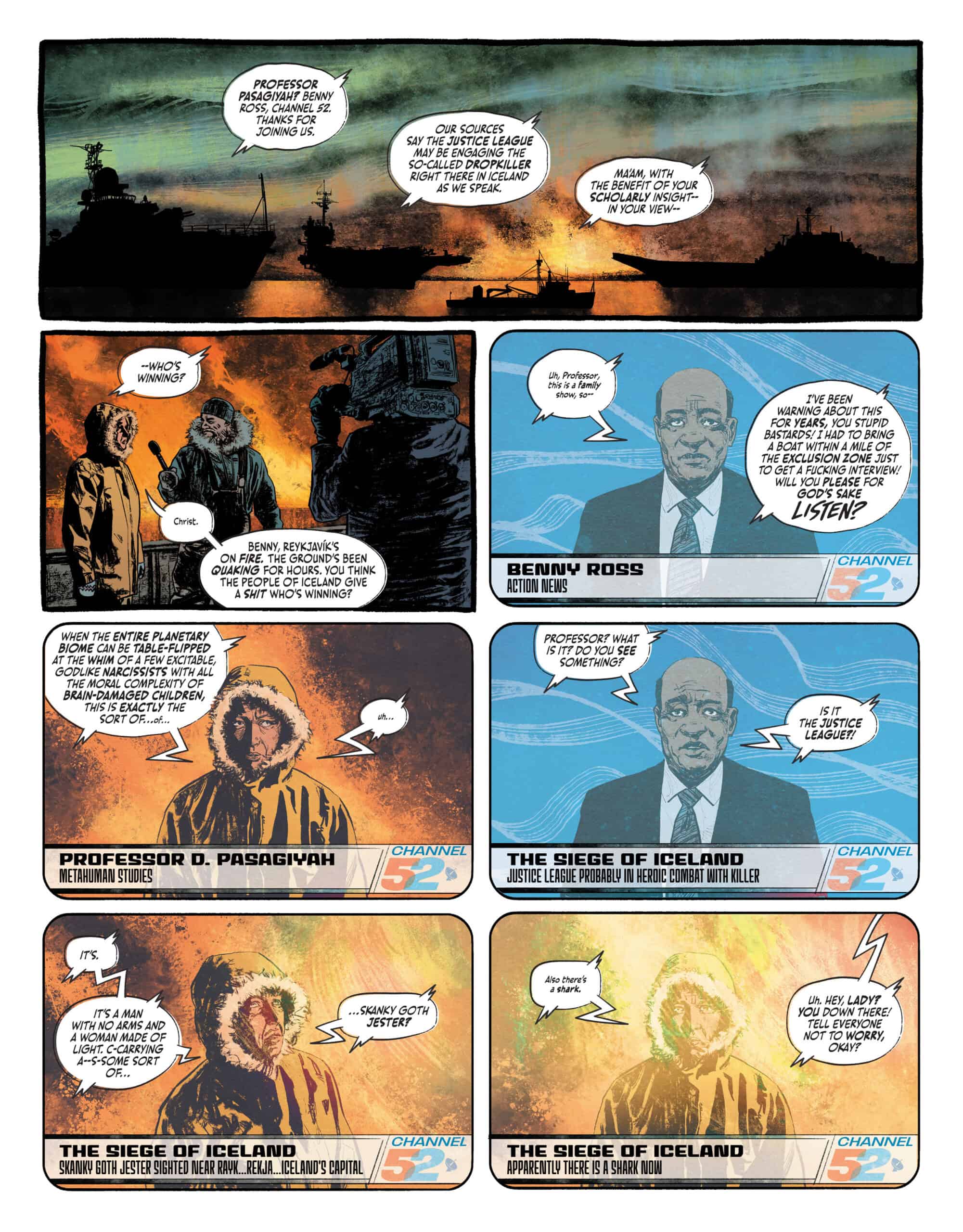 To paraphrase T.S. Eliot’s “The Hollow Men,” the world ends not with a bang but a whimper. When it comes to Suicide Squad: Blaze #3, I would say it ends with both. Through its three issues, the miniseries immediately shows how high the stakes are. The Justice League is killed, nuclear war is coming, and the end of everything is close behind. If you pitched me an idea for a Suicide Squad book through DC Black Label, I would be enthusiastically down for it. If you told me it would also be written by Si Spurrier, penciled by Aaron Campbell, colored by Jordie Bellaire, and lettered by Aditya Bidikar, I would offer you all of the money in my wallet ( I still carry cash in this day and age!). I was introduced to this entire creative team when they worked on the superb John Constantine: Hellblazer from the briefly revived Vertigo imprint and later DC Black Label.

The concept of the Suicide Squad should be familiar to most readers by now, so I was pleasantly surprised with how Spurrier turned it on its head in issue #1. With this final issue, Spurrier shows that he means business and really leans into the concept. Suicide Squad: Blaze works so well as a DC Black Label book. Taking this story out of continuity and giving it a mature rating gives the room for Spurrier, Campbell, Bellaire, and Bidikar all the breathing room they need to put together a great book. The stakes can be high in a book, but characters can always be brought back to life, whether it is in another book, a new arc, or even the same series. When it comes to Suicide Squad: Blaze #3, no one is coming back. Spurrier does something that can be really hard to do by bringing in unfamiliar characters, giving them a spotlight, and not making them feel like Red Shirts from Star Trek. 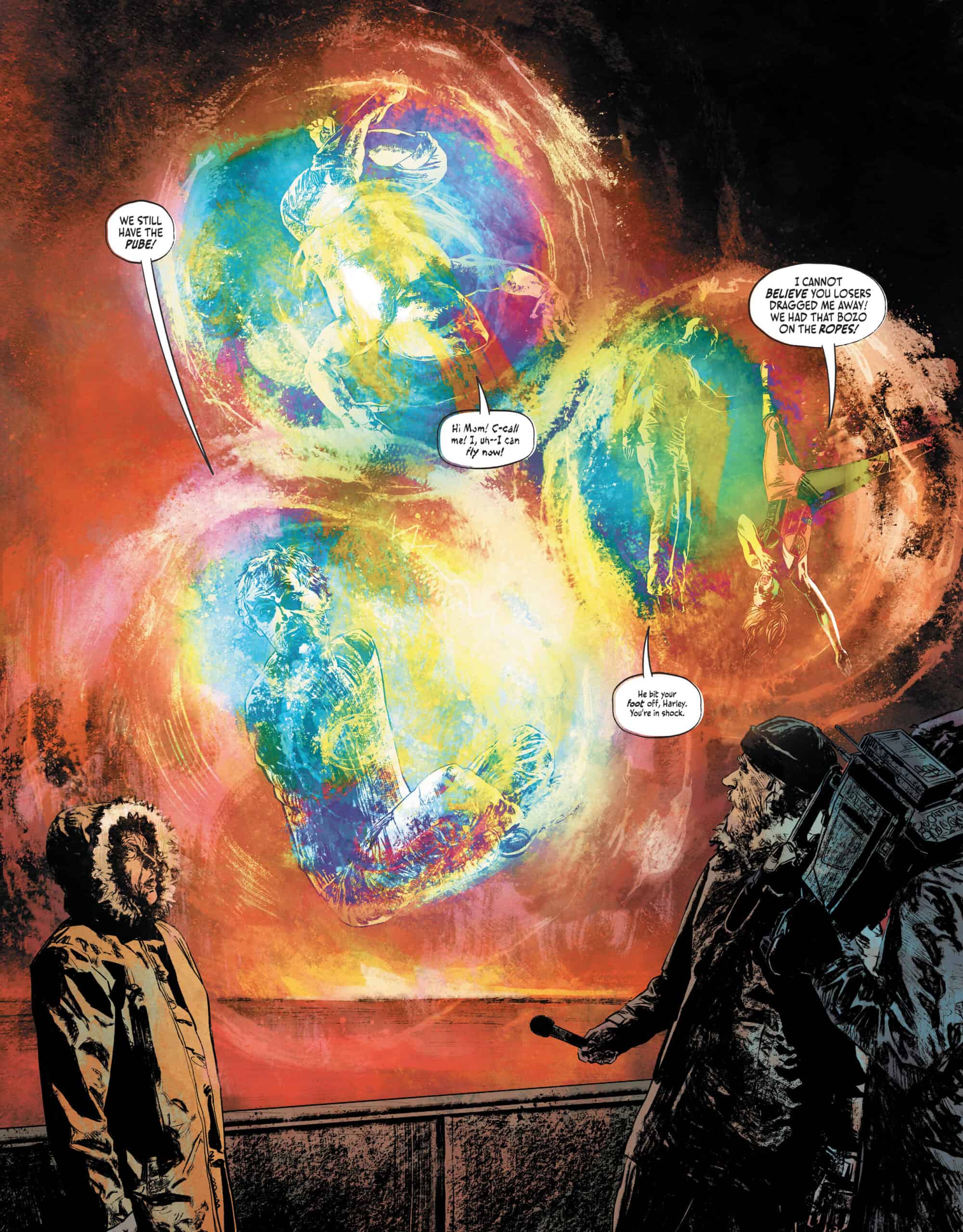 Aaron Campbell’s pencils and Jordie Bellaire’s coloring work magnificently together. Both artists do wonders for Spurrier’s script. There is a gritty bruteness to Campbell’s art that haunts each page, and Bellaire’s pencils set it ablaze– in the best way. This is a dark book, but you might need to wear sunglasses once you see the genius of Campbell and Bellaire’s work. I really don’t think another team of artists could pull off this story. Aditya Bidikar is a top-notch letterer and knows exactly how to get the most out of Spurrier’s writing on top of Campbell and Bellaire’s art. Suicide Squad: Blaze #3’s lettering has so many little nuances that elevate panels and entire pages.

SUICIDE SQUAD: BLAZE #3 hits all the notes that make a great #SuicideSquad story but also sets the standard of what a #DCBlackLabel book should be. Whether you are keeping up with it now or waiting for the trade, make sure you finish the series and read this issue!

Suicide Squad: Blaze #3: With a Bang