They are criminals, they are murderers, they are inmates, they are the Suicide Squad! An elite team of super-villians forced to work for the US government under the control of Amanda Waller. 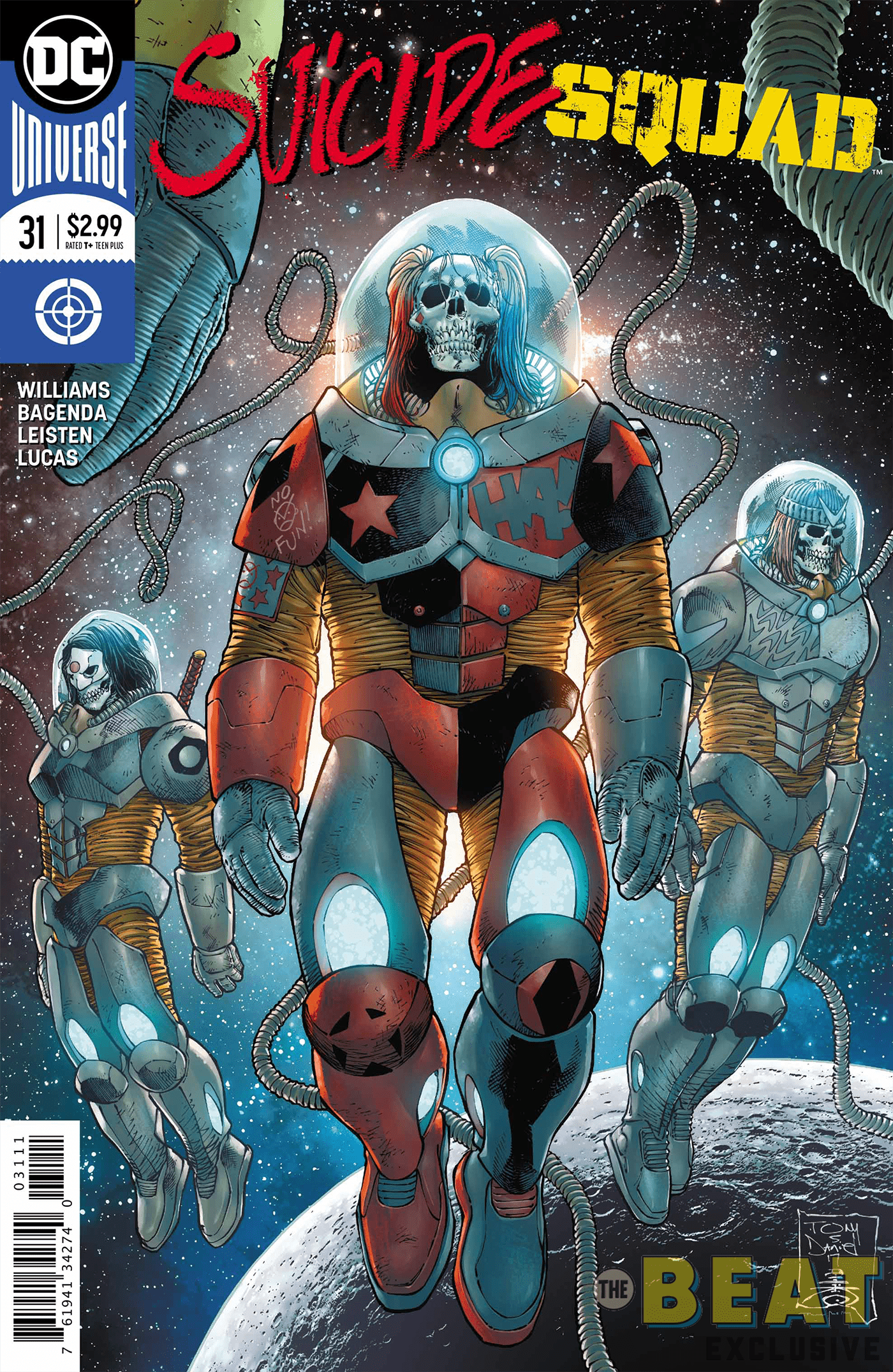 The Suicide Squad has been split up, Harley, Katana, Croc and Captain Boomerang are on the moon while Enchantress and Deadshot watch Waller’s back in a deserted military base populated by killer robots so she can read about the leader if the original Suicide Squad, King Faraday, using his journal. Turns out the original suicide squad hid a giant mind-controlling alien monster on the moon, the moon team (besides Harley) has been compromised by the Red Wave Monster (the actual name the monster even refers to itself by) and trapped Harley in the trophy room. Again, Harley, surrounded by alien tech… 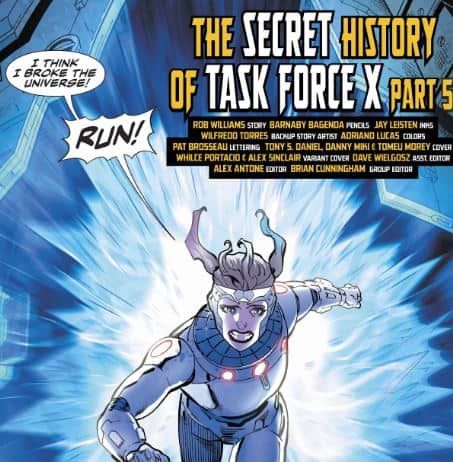 The possessed members of the Suicide Squad stand around thinking they have won. Suddenly a voice comes from behind them Harley is running towards them telling them to run, behind her is a blue light coming fast. She has turned on The Phantom Zone generator, which is now expanding and threatening to engulf the base. The possessed team members don’t run but instead try to attack Harley, Harley says she’s had enough and kicks Rick flag sr. into The Phantom Zone.

Free of the Red Wave Monster’s influence Rick flag begins to rapidly age in The Phantom Zone, the monster was keeping him alive. Suddenly a voice comes from behind him, Rick Flag Jr., his grandson, previously lost In The Phantom Zone several Suicide Squad missions ago. He gives Rick Jr. his space suit, which has a thruster on it. He then tells him to get out while he still can.

Meanwhile, Karin is in the space station with Argent, a shape-shifting alien whom they befriended before. Karin is calling for Rick Sr. over and over again on the radio. Suddenly a voice comes through, it’s not Rick, King Faraday is alive (kinda) but Karin has problems of her own. The Red Wave has reached the station. 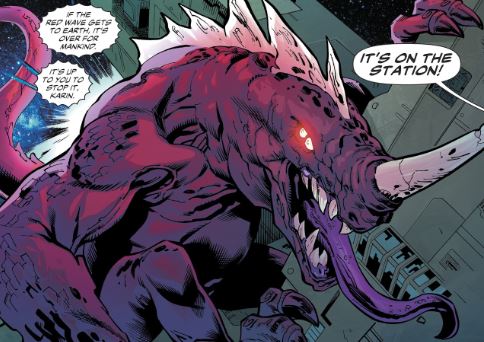 Catch the rest of the story in Suicide Squad 31! Available in your local comic book store now!

This arc has been a bit out there. I won’t say I’m 100% into it the previous several arcs were much better, this one just seemed like a telegraphed way to bring Rick Flag Jr. back, which we saw coming as soon as he died. So far the only Suicide Squad members to actually die have been Cosmonut (devastating I know…) and Hack. All in all this book is a ton of fun but this arc has been pretty disappointing. 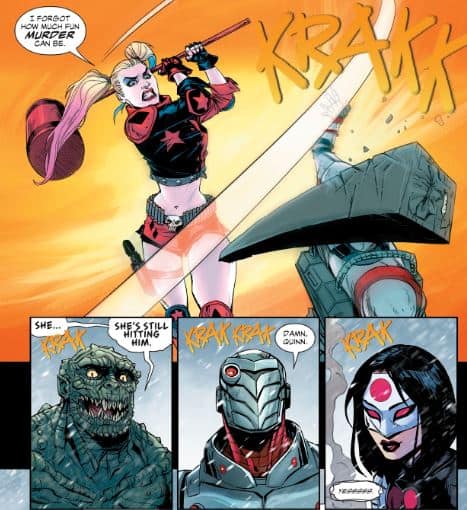 The art has been good and I like the look of the possessed Squad members, Croc in particular. The Red Wave Monster is solid silver age monster design which works in the context of the story. All in all the art carried this story.


Final thought:
Not a great example of this series, which I am otherwise a huge fan of. If it wasn’t on my pull list I probably would’ve put this book back on the shelf.