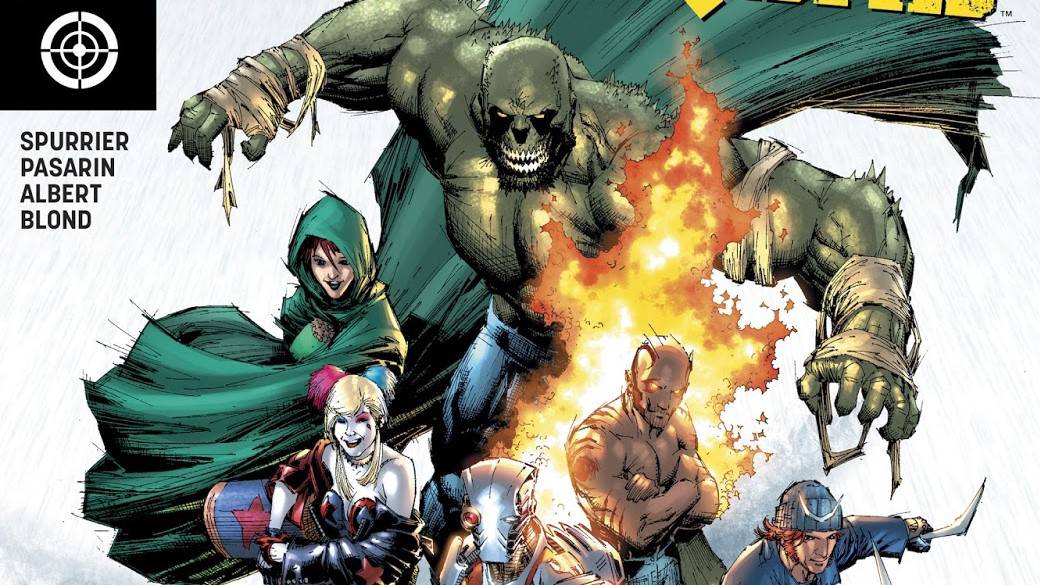 What does it take to be a member of Task Force X? Juan Soria is about to find out, as one of Amanda Waller’s expendable “volunteers”! This issue gets pretty meta at some points, and seems like it might be smarter than it ought to be. Let’s take a look! 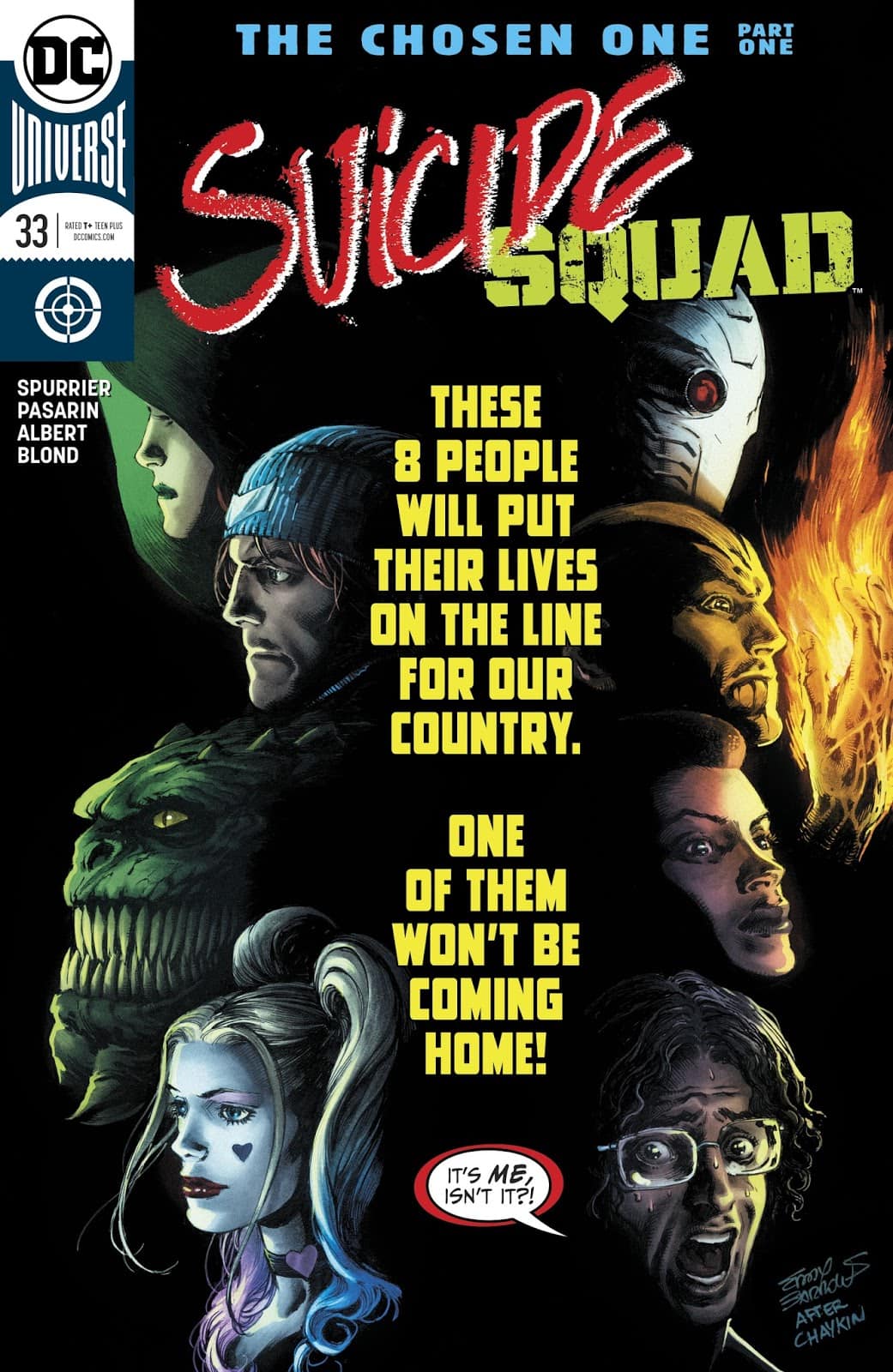 The Suicide Squad is the US government’s clandestine expendable super team consisting of incarcerated supervillains, specifically chosen and managed by Amanda Waller. Also, the bombs she puts in their brains…

This issue finds our heroes(?) fighting a nameless army of space wasps for reasons unknown, bringing a few random no-name Belle Reve residents as cannon fodder, this issue is told from the point of view of one of them.

We open on our protagonist (for now) Juan Soria, he is running for his life in terror from giant glowing blue space wasps, as the A team Suicide Squad cut a swath of destruction through the swarm without breaking a sweat, except Boomer anyway. (soiled ’em!)
We cut to Waller and Flagg picking Belle Reve residents for Suicide Squad duty seemingly at random a few days before, despite Juan’s protests that he isn’t cut out for combat they draft him anyway.

Juan is gifted with a hand laced with nanites that can open any lock, electronic or physical, he isn’t exactly Superman, let alone Captain Boomerang. The only reason he was placed in Belle Reve is his metahuman ability makes him borderline impossible to hold in a conventional prison cell.

The Squad pushes their pile of human cannon fodder (about 12 nameless guys) ahead of them into certain death and we cut to Juan’s backstory, (he stops being nameless if he gets a backstory) how he grew up idolizing the Justice League, when he had his accident, he tried out for the super team but was shot down as not being worthy of the team. Of course, a man who can open any lock is interesting to some folks…

Yet another creative team change for Suicide Squad, which has been a revolving door since 2016 for whatever reason, not that that’s always a bad thing, especially considering some of the issues they’ve given us, this series has been overall pretty great, minor hiccups notwithstanding.

This issue is a lot deeper than one might initially believe, starting as a dialogue for the expendable nature of the Suicide Squad, and ending with an interesting point, what makes the special ones special? Folks like Batman and Green Lantern, even when they die, they don’t stay dead, why are they untouchable when random Joker Goon #3 dies at the drop of a hat. Who’s on random Joker Goon’s side?

As such this might be one of the more interesting arcs I’ve read for Suicide Squad, assuming it’s going somewhere at the end of the arc, a decent place to pick up following a changeup in creative teams.

The art was pretty solid at times but a bit off once or twice, strangely mostly with Harley. Croc looked really good, for whatever reason, and I liked the design of the aliens.

Hard to decide with just this issue how I feel about the new creative team, although I love the cover, it kind of depends on how the next issues compliment this one. I’d call it a win overall. Definitely worth a read.