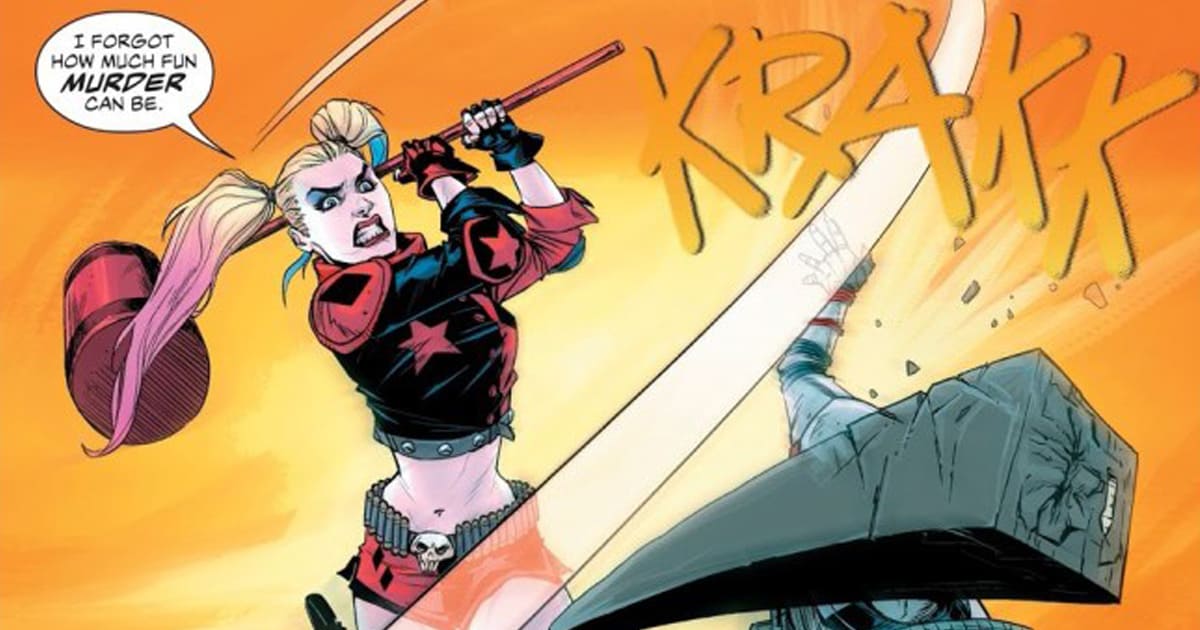 Task Force X is Amanda Waller’s top secret government superteam composed of the worst inmates Belle Reve has to offer! Plus Juan Soria, a total nobody who is definitely probably gonna die, after all, he’s in the Suicide Squad! 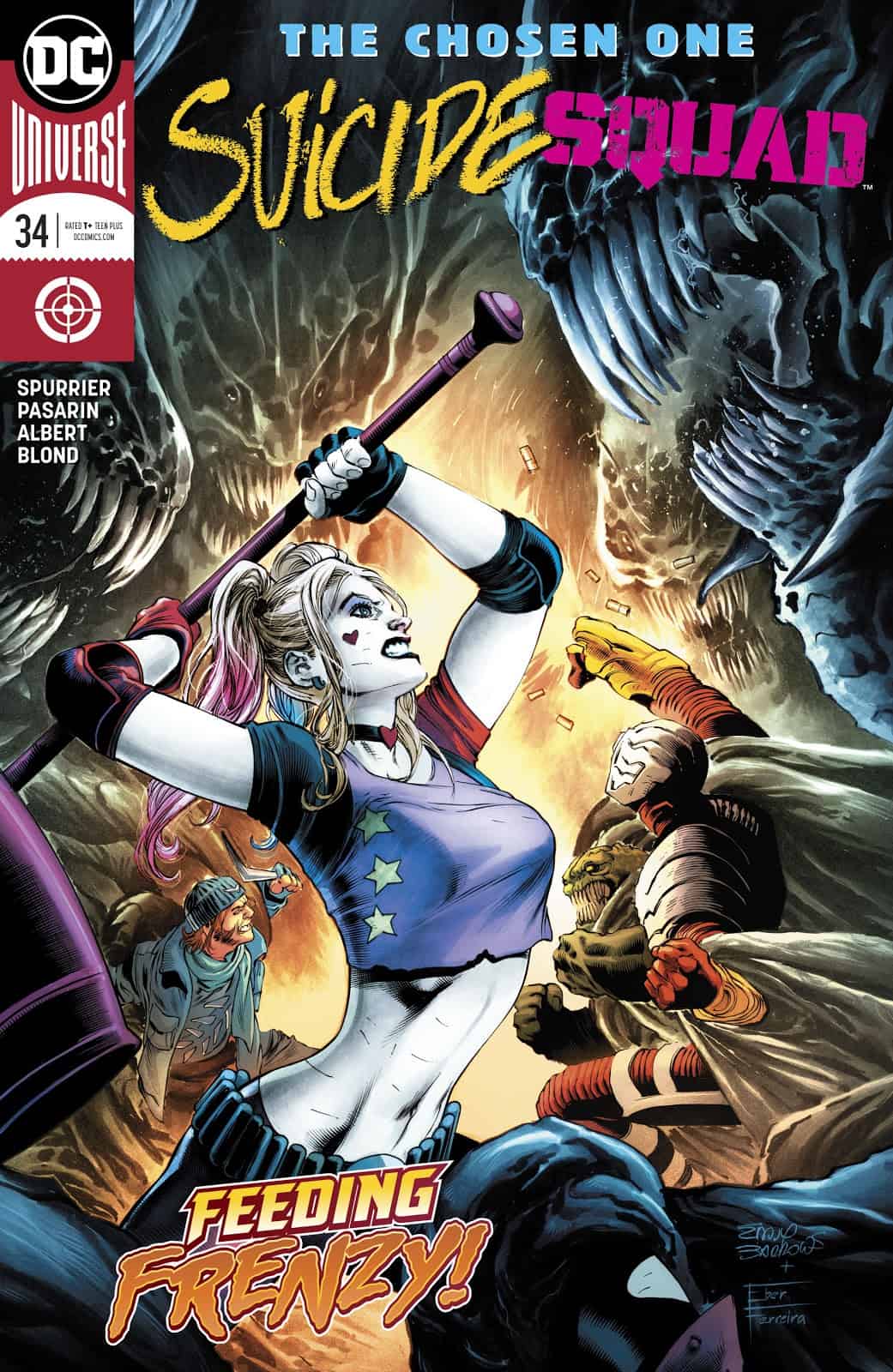 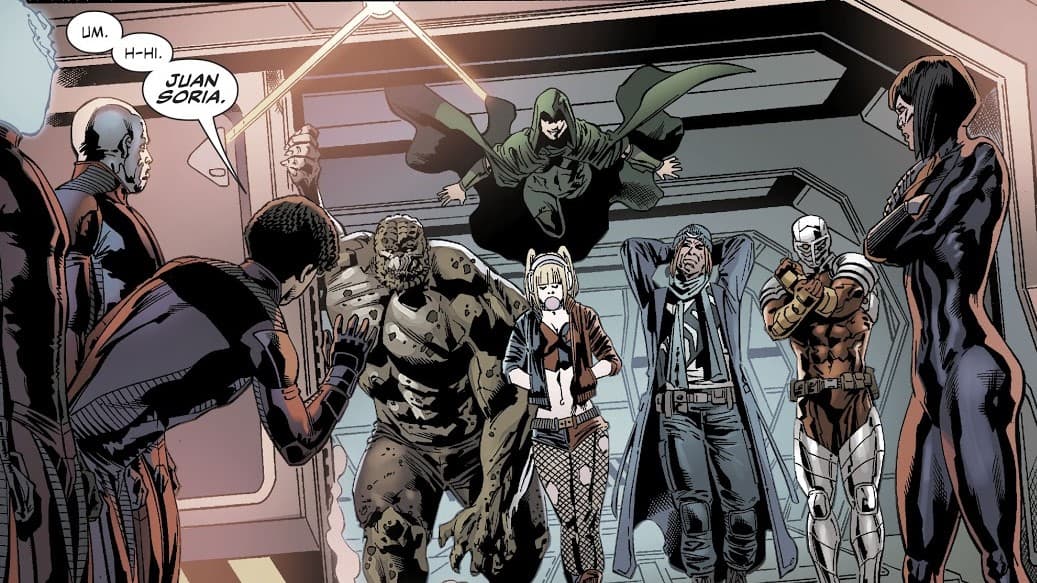 Juan Soria does not belong in this story, the petty metahuman with the nonviolent power set who never really did anyone wrong. (He was arrested for his first crime) Somehow Juan has been swept up into the world of the Suicide Squad and is storming a stronghold of man-eating aliens, his fellow redshirts are dropping all around him, but Juan has survived, so far!

We pick up where we left off, with the Suicide Squad tearing through the aliens, and Juan Soria running in terror in the other direction. Just as an alien soldier is about to get Juan, Killer Croc jumps on it and tears it apart, Juan is going to be his to eat when the mission is over.

Suddenly Harley looks up and exclaims the gigantic queen of the horde is flying above them. As they head in the direction she was going Soria flashes back to training, and we see how poorly prepared he and his (no dead) compatriots were. A highlight is when he goes out of his way to introduce himself to literally everyone, saying you never die if everybody knows your name, the murderous Suicide Squad ranges from oblivious to hungry, with Croc eyeing Soria like a steak. 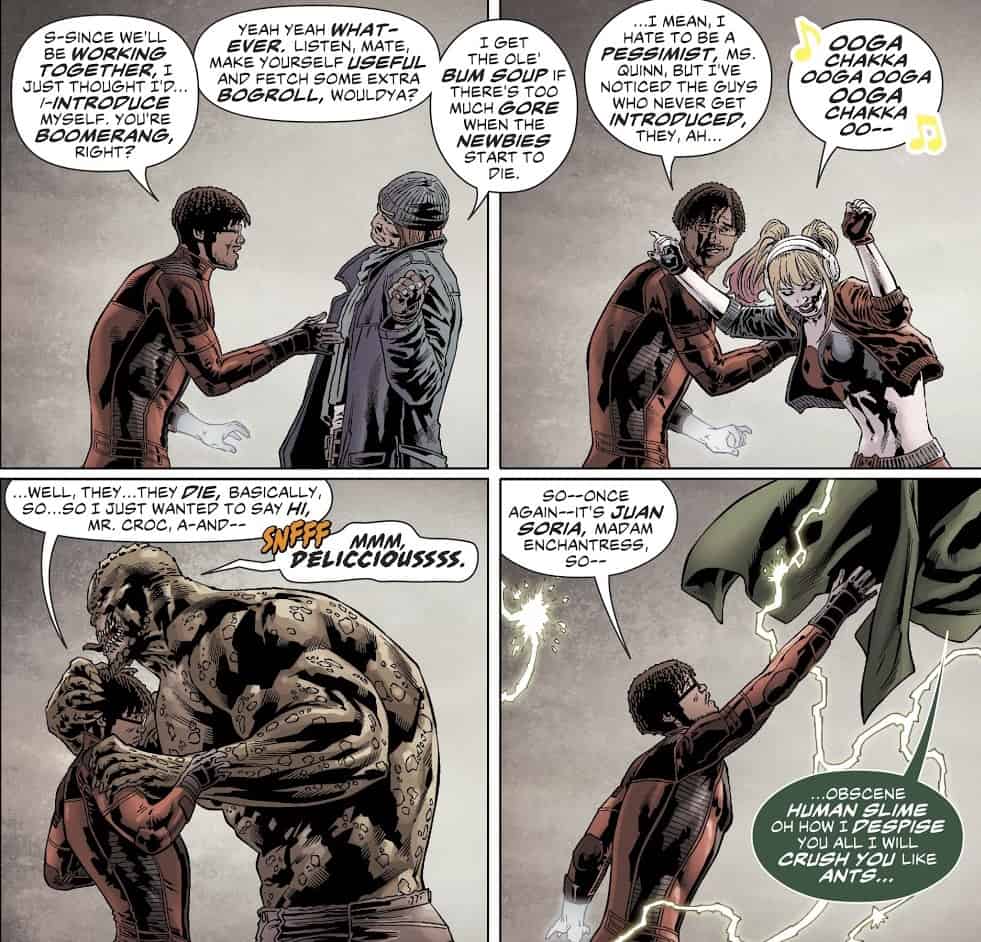 Suddenly they’re attacked again, and Soria breaks and lashes out at one of the soldiers, it’s head explodes instantly, whaaa? Juan starts to think his luck is turning around when one of the soldiers eats his non-nanite hand, holding him by the forearm, as he screams in terror Katana runs over and chops the creatures head off, and Juan’s hand with it. She calmly says “You’re welcome” and walks away. 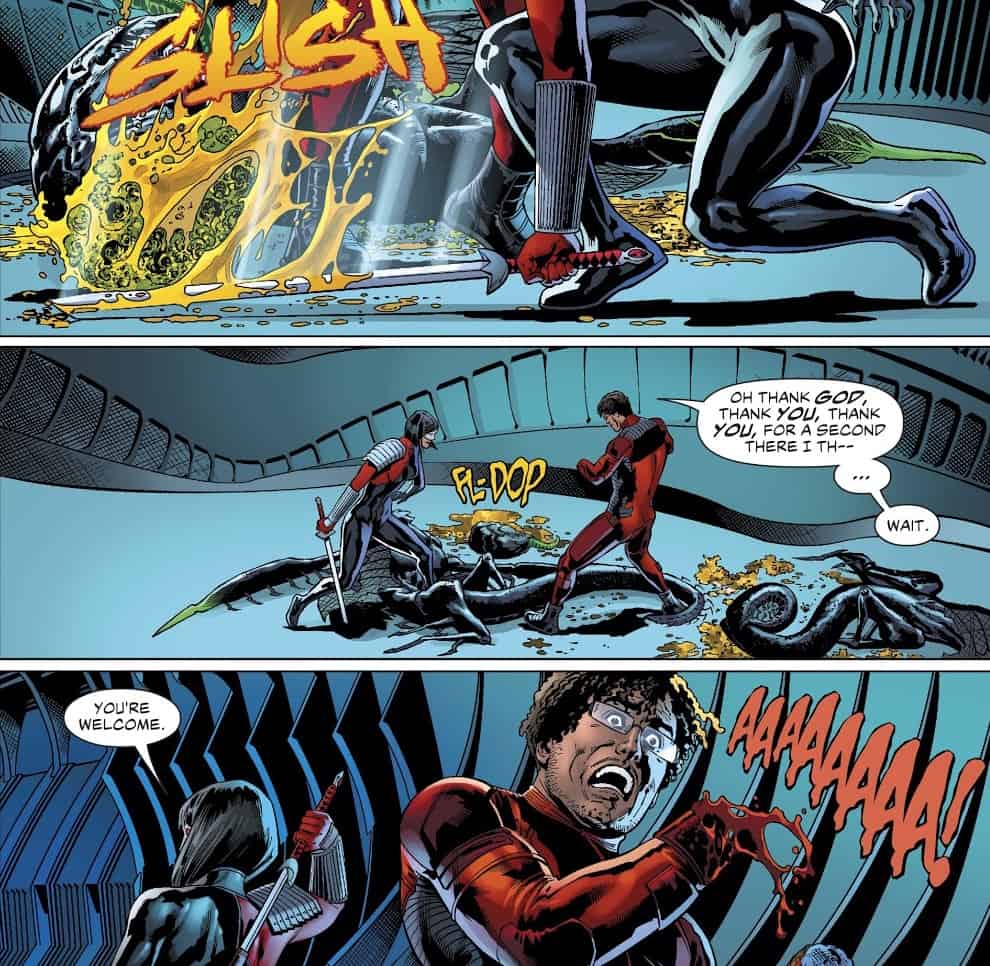 Juan is about to be used as live bait for the queen! How does he get out of that one? The answer is hilarious, buy this book and find out!

This arc continues to impress me, highlighting the trouble that is being a non named character in a comic book world, in a word, expendable. His sad sack nature is a total delight and surprisingly pivotal to the story. I can’t decide what to think of this arc but I can confirm after 2 issues that I like what Si Spurrier is doing with it!

The humor in this issue is spot on for the tone the series often has, and the casual disregard for Juan’s safety by the main team is a constant source of entertainment. Likewise, Boomerang, in particular, seems borderline uncomfortable with Soria taking his place as team punching bag. (Dude got vaporized in the first or second arc and came back) Also, let me take this moment to plug my cause BRING BACK MR PEANUT! 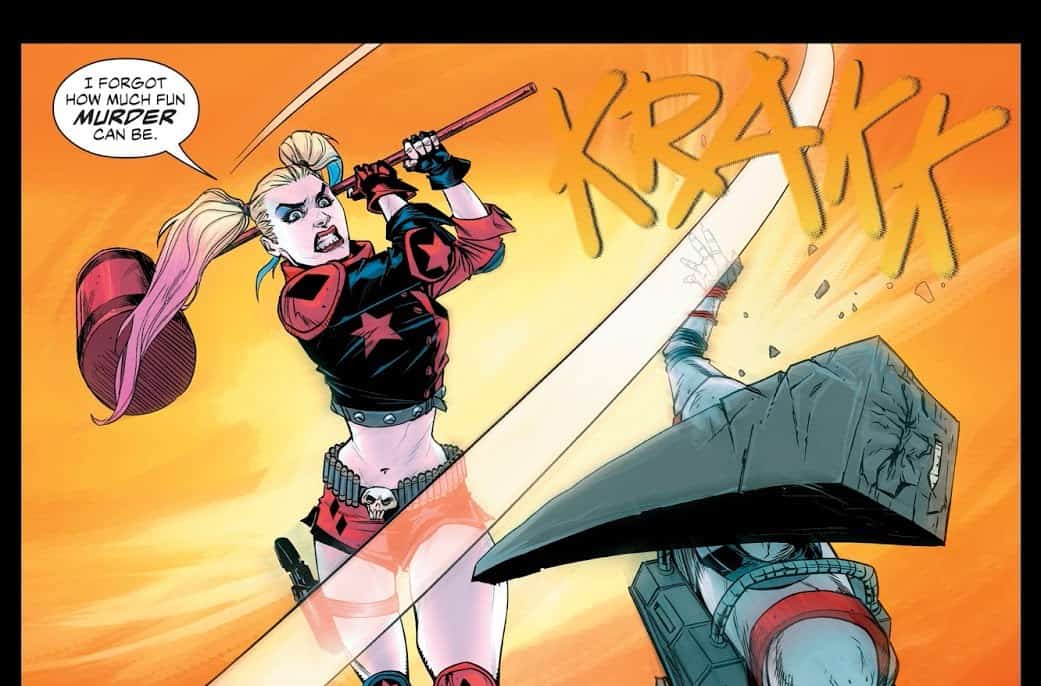 Art:
The line art in this issue is almost a little over detailed in the face department, having the unfortunate effect of making a couple faces look a bit off at times, on the flip side Boomerang looks amazing, worn out and wary, like he should. The aliens look fantastic and the alien queen at the end is evil looking enough I didn’t want my toddler to see it!

I’m still loving this arc, I’d call the new creative team a resounding success, last review I said I couldn’t decide if this arc was trying to get too meta introspective and now that we’re a couple issues in I’ll say Si Spurrier seems to be pulling it off. Here’s to hoping the quality of this book continues to be as good as it has been, and doesn’t devolve into something lesser like the previous arc.

If anyone ever wants to contact me, look me up in my group for the love of comic books, I also have several comic pages dedicated to my various true loves, Batman, Spider-man, Marvel, Oldie Goldies, and Hats! (Long story on that last one haha) or on Twitter @johnbatusijack