SUNDAY CLASSICS: Captain America #327: Who Still Believes in the Red, White, and Blue? 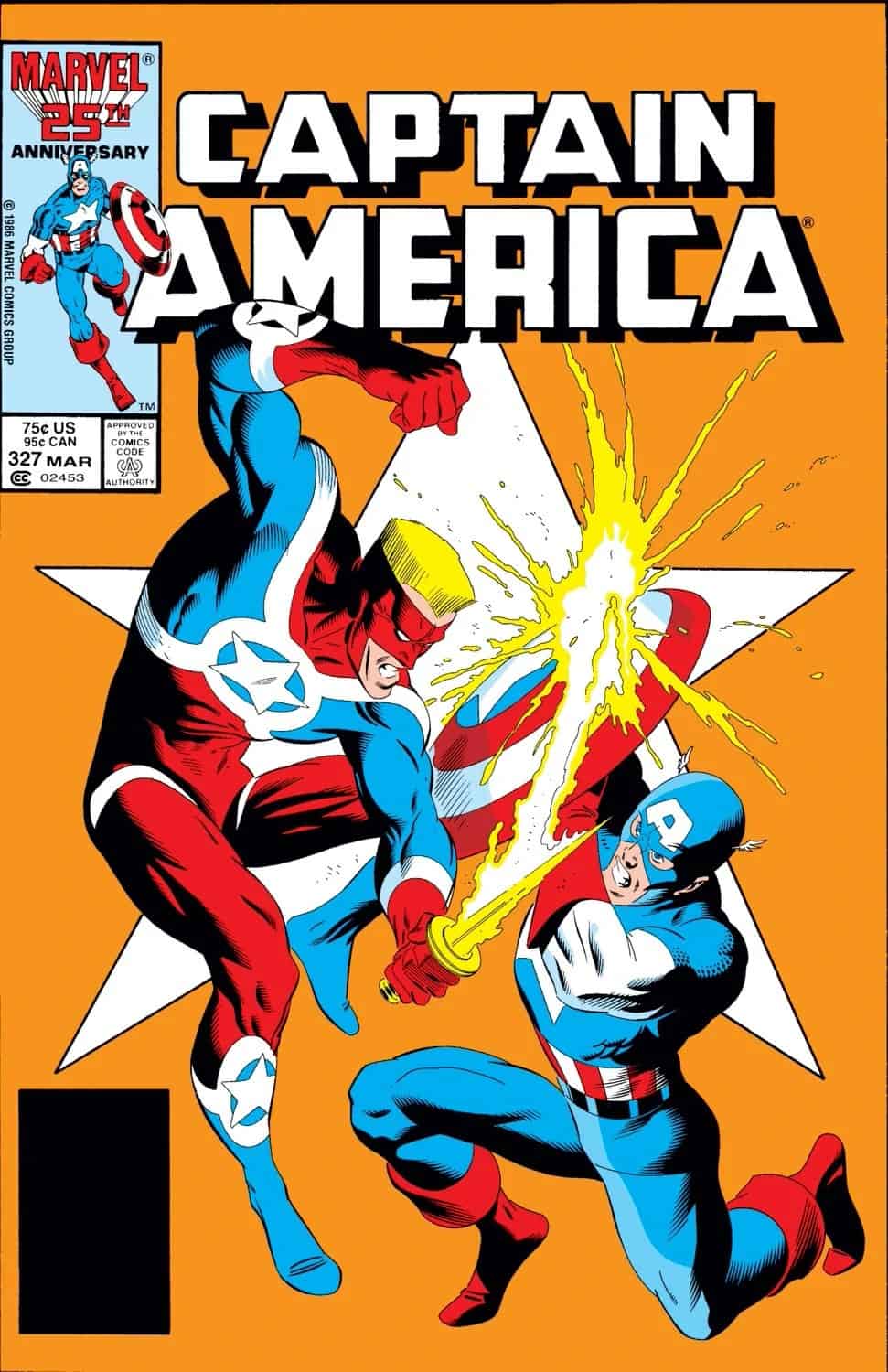 The flag-flying Super Patriot returns! Can even Captain America stop the Super Patriot's maniacal manipulation of the American Dream at a benefit rock concert? 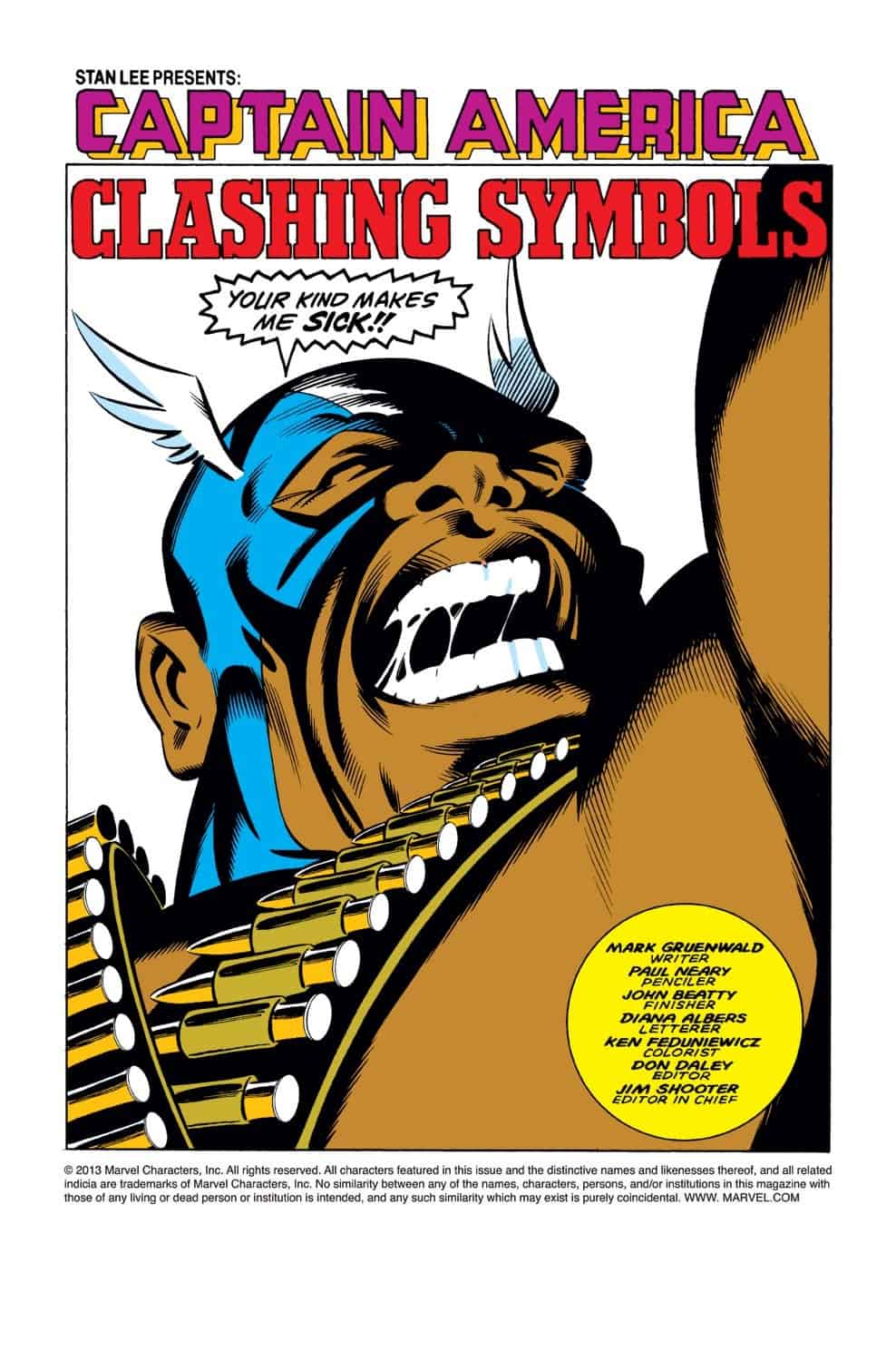 This issue is definitely mid-arc from an over-arching thread that will have the US government strip Captain America ot his shield and title and give it to someone new. We have the Super Patriot, aka US Agent, and his right wing reactionary “Buckies”, Bold Urban Commando’s. The issue starts off with the BUC’s in Captain America masks, harassing middle eastern college students at their dorm, burning hateful rhetoric into their lawn. They’re intentionally being jingoistic towards the middle easterners in Cap masks to turn public opinion against Cap, and prop up the nationalist SP. The lawn that they do this at just so happens to be on the same campus of Cap’s soon to be ex-gal pal Bernie Rosenthal’s.

Cap tries to help the local police, but it’s clear he’s not as welcome in America’s heartland as he is in NYC. Deciding to join Bern and her housemates at a concert dedicated to helping suffering farmers, and factory workers. He gets into a fight with Super Patriot, which leads to a stalemate between the two polar opposite patriotic characters. Unfortunately this stalemate, as well as his treatment from arriving in the town leaves Cap down in the dumps. 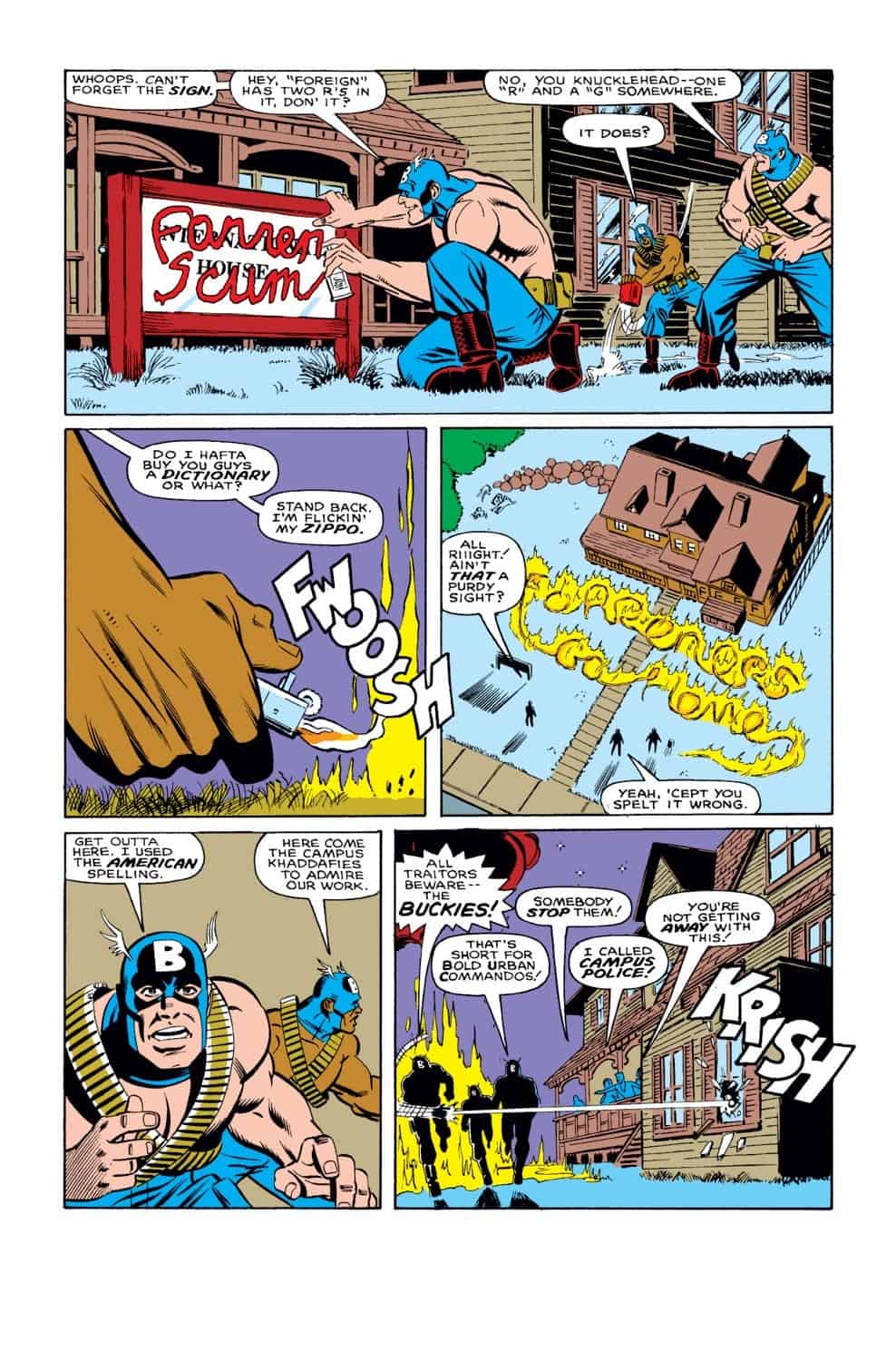 This issue is very 80’s with its references, and celebrities that are name checked, but it’s actually a story that could be today, as it’s themes are very topical in today’s America. The BUC’s and Super Patriot with their anti-middle eastern rhetoric could easily fill in as the extreme nationalists that have been gaining traction since the Tea Party movement, up to the insurrectionists and the Q-Anon conspirators. Their actions could be a parallel to the increased rate of hate crimes against middle eastern Americans, as well as those perpetrated against Asian Americans since the coronavirus outbreak.

Gru really had his pulse on the heartbeat of the internal struggles Americans dealt with, and continue to deal with to this day. Whether it be racism, homophobia, sexism, etc. the Super Patriot and the BUC’s presents a negative light on extremists championing conservative groups back then as well as currently. Gru didn’t give Cap any explicit political ideologies, and had him very much a centrist, and considering this was at the end of the troublesome Reagan era that’s saying something. 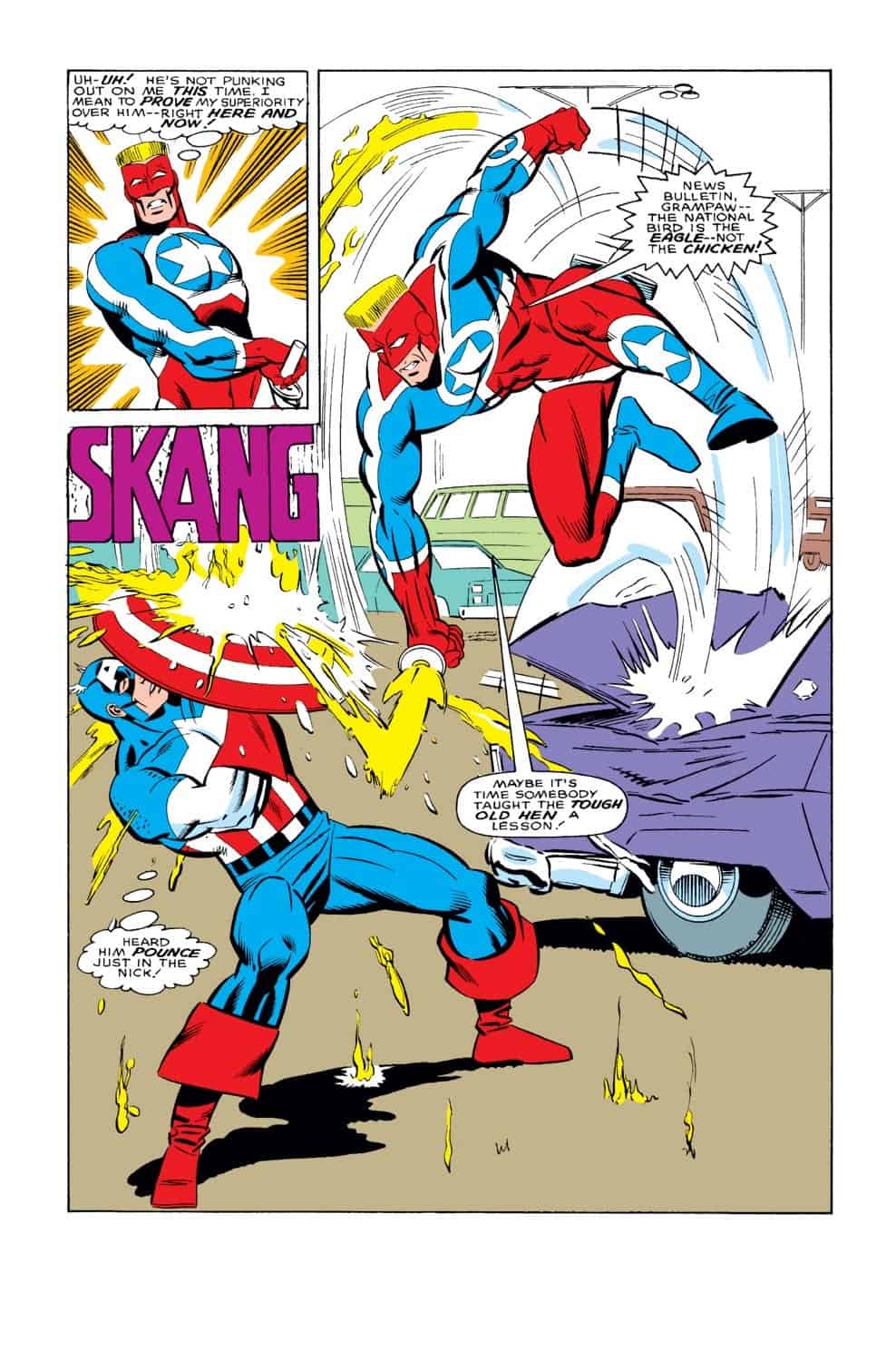 I haven’t read much of Paul Neary’s art. Basically this run, the 6 issue Nick Fury vs. SHIELD mini, but basically know him for his editing of the Marvel UK line and his inking of Alan Davis’s work, but it’s serviceable, if not a tad bit pedestrian. It’s not flashy, and rather blockish. Not one of my favorites from Mark’s long run.

Mark Gruenwald and Paul Neary journey to America’s heartland on the trail of some political extremists literally blazing a trail on college campuses, intimidating foreign students, while trying to paint Cap as the inspiration for the extremists. A story full of pathos that resonates as much today as it did then.

SUNDAY CLASSICS: Captain America #327: Who Still Believes in the Red, White, and Blue?