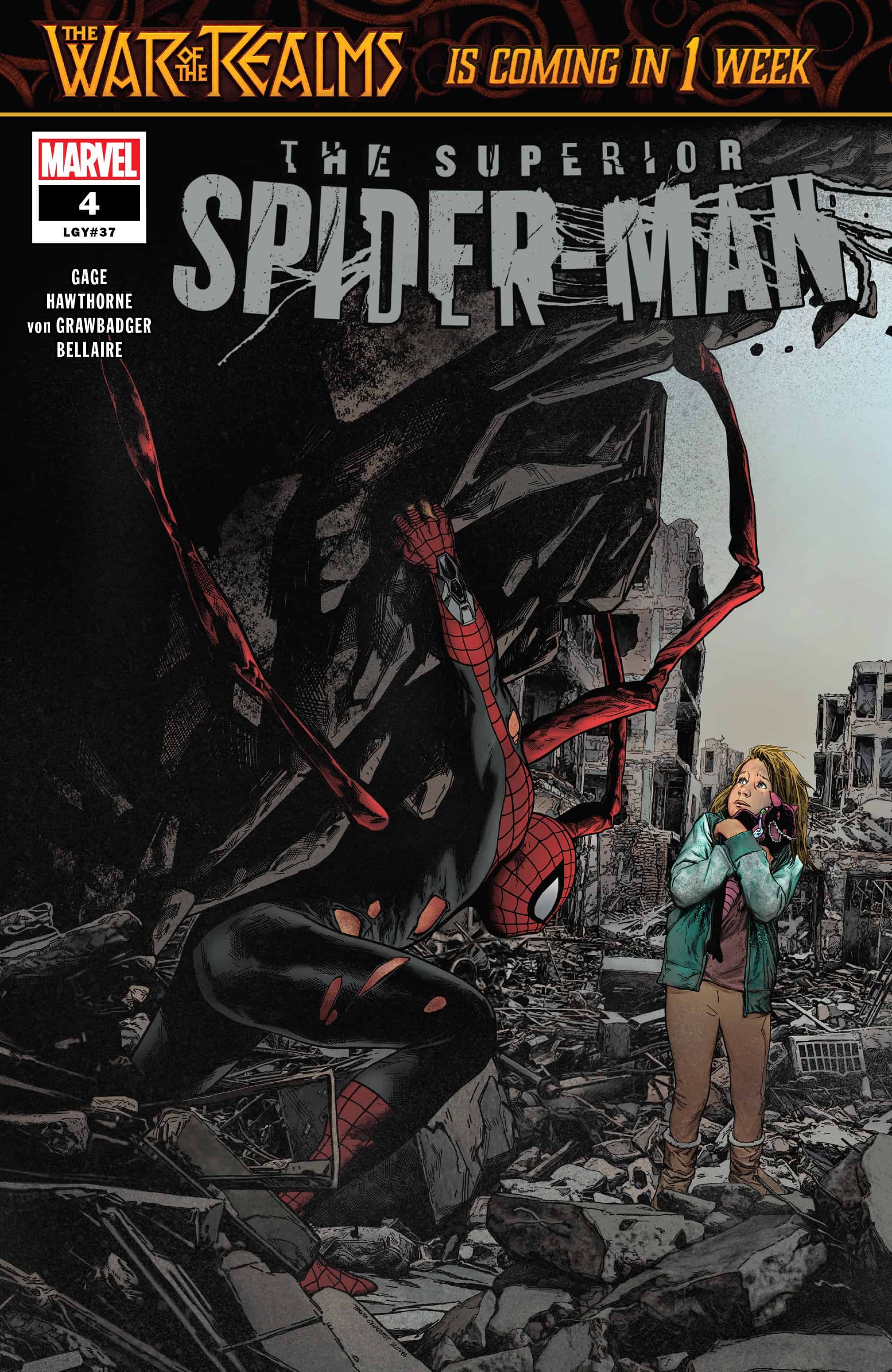 Against his will Otto assists in the search and rescue efforts following the Terrax attack at Anna's insistence. As he busts his butt his contempt at the common man begins to melt away. Otto learns something this issue. 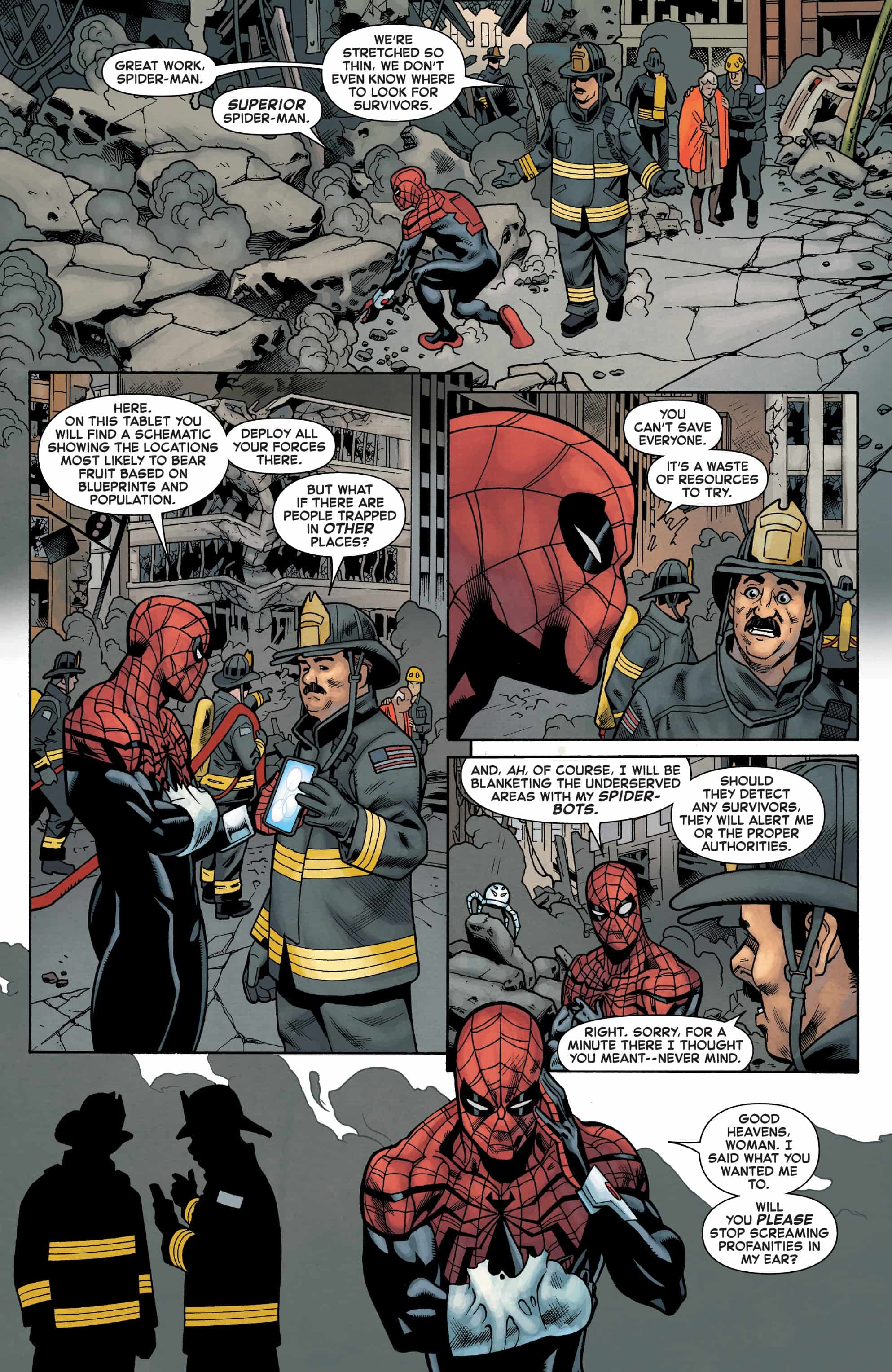 I love how Otto starts here..

Man, I loved the first couple issues for Otto’s brash attitude and solid action sequences, but I think this issue takes a different highly interesting turn that gave us (potentially) something that is rare in modern superhero comics and something i hope sticks; character development. Obviously it’s hard to say if this issue’s growth will stick or Otto will revert to form the minute Christos Gage moves on but I genuinely hope this signifies yet another turning point for the 55 year old character.

I loved the Waxman reveal i was wondering how long before one of Otto’s villainous subordinates turned out to be… well, villainous. Employing a bunch of ex cons is cool in theory but background checks are probably a good idea or at least a vague familiarity with their rapsheet. Also I’m not familiar with Waxman did Otto kill him? Obviously someone like Waxman maybe can survive being frozen and shattered, but i genuinely don’t know.

There were some genuinely sweet moments in this issue, and I seriously loved the dialogue free sequence of Otto comforting a child whose mother didn’t survive is genuinely touching. 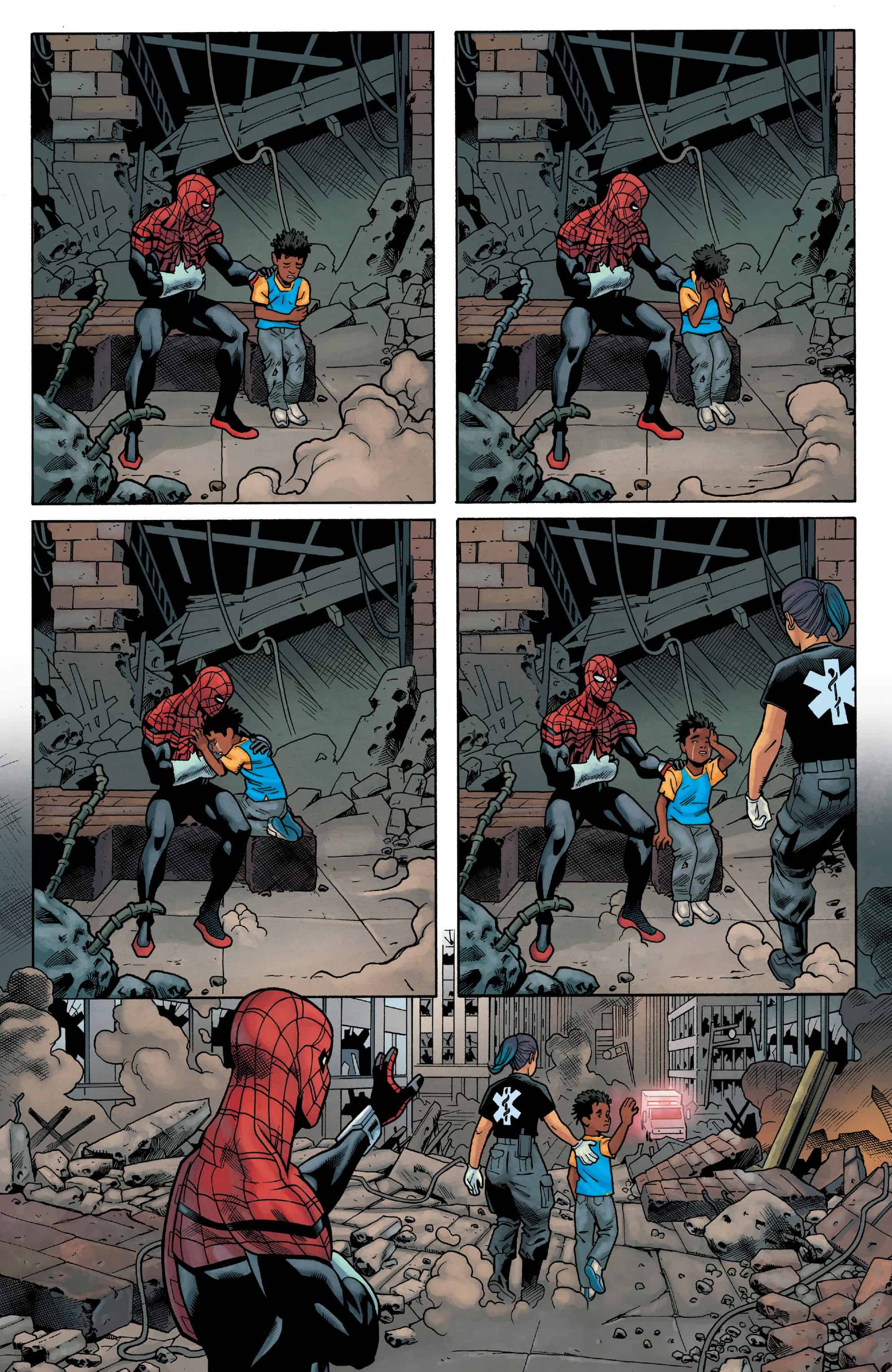 The art by Mike Hawthorne, Wade von Grawbadger and Jordie Bellaire continues to be stellar, from the high action point of the fight with Waxman to a bevy of scenes reminiscent of Batman Cataclysm, in which the bat family works to rescue victims of an earthquake. Not unlike the aforementioned event there isn’t a ton of action but the scenes of people getting rescued provide plenty of interesting visuals. 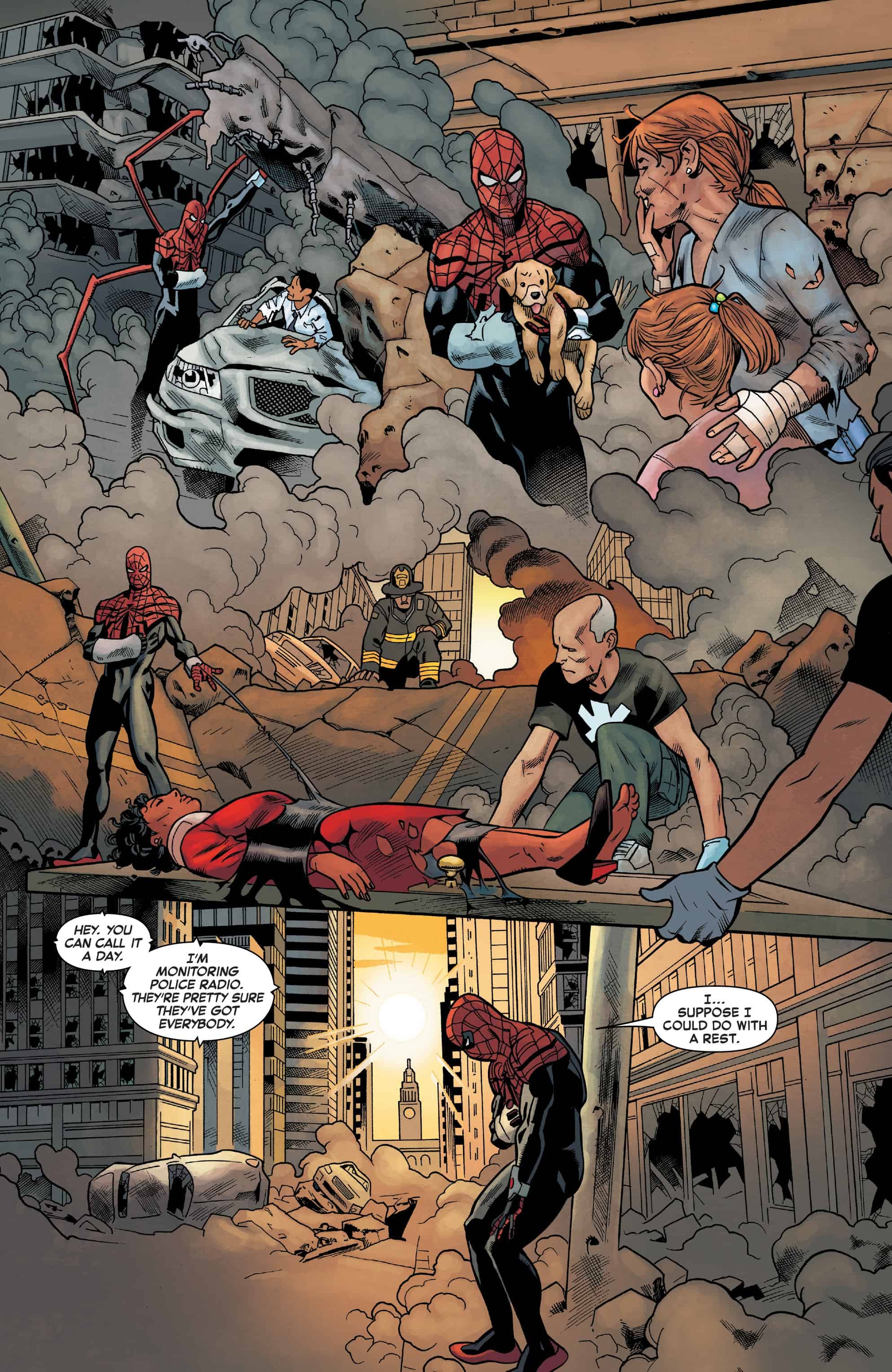 How is it we have 6 ongoing Spidey titles right now and seemingly the lower profile they are the better they are?