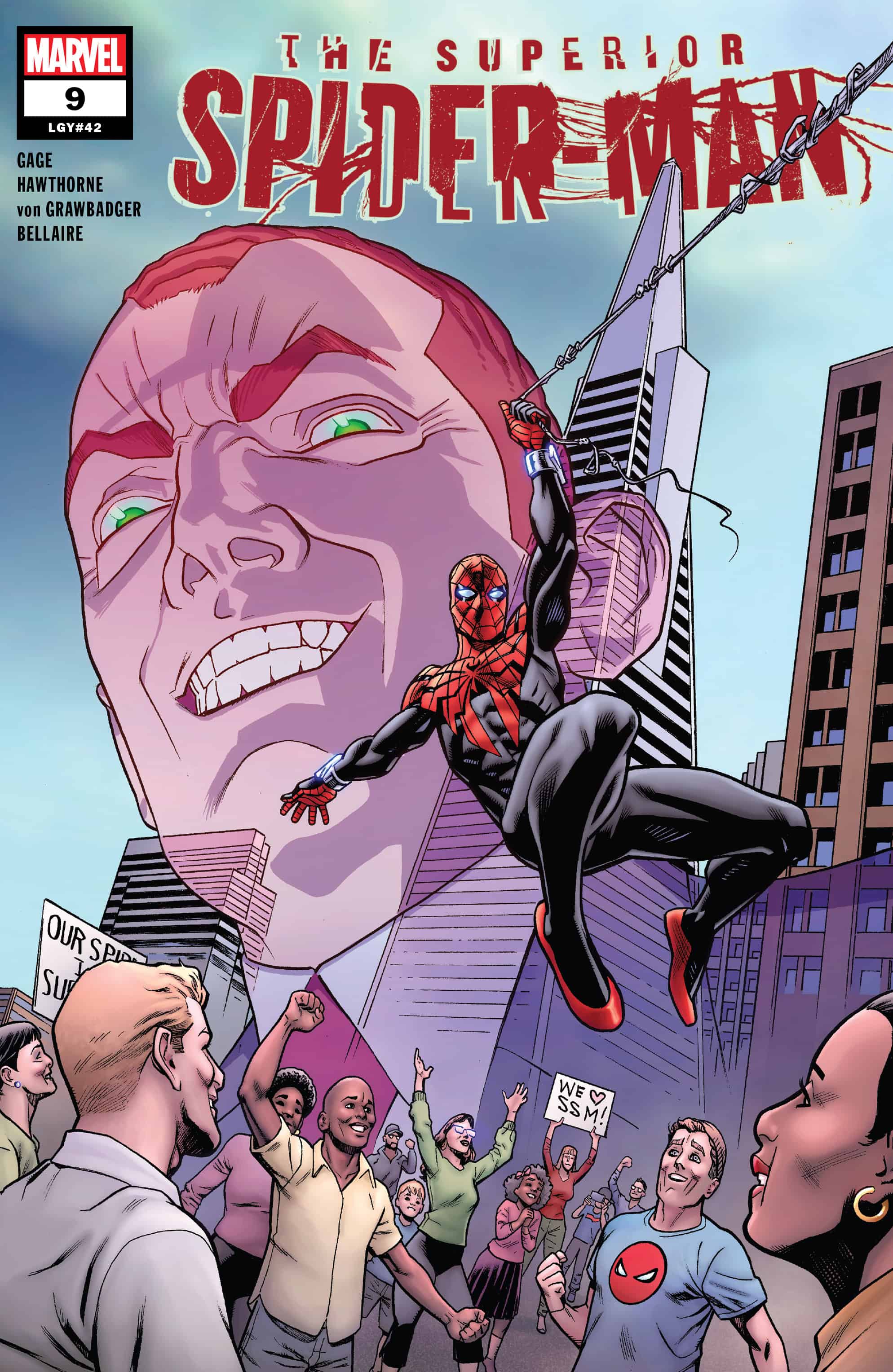 Otto suffers from survivors guilt at not being able to save the entire earth during the War of the Realms in a slight step backwards from the end of last issue. It's a bit odd the way Otto is so fixated on saving literally everyone but it does have a bit of a Superman early career feel to it. 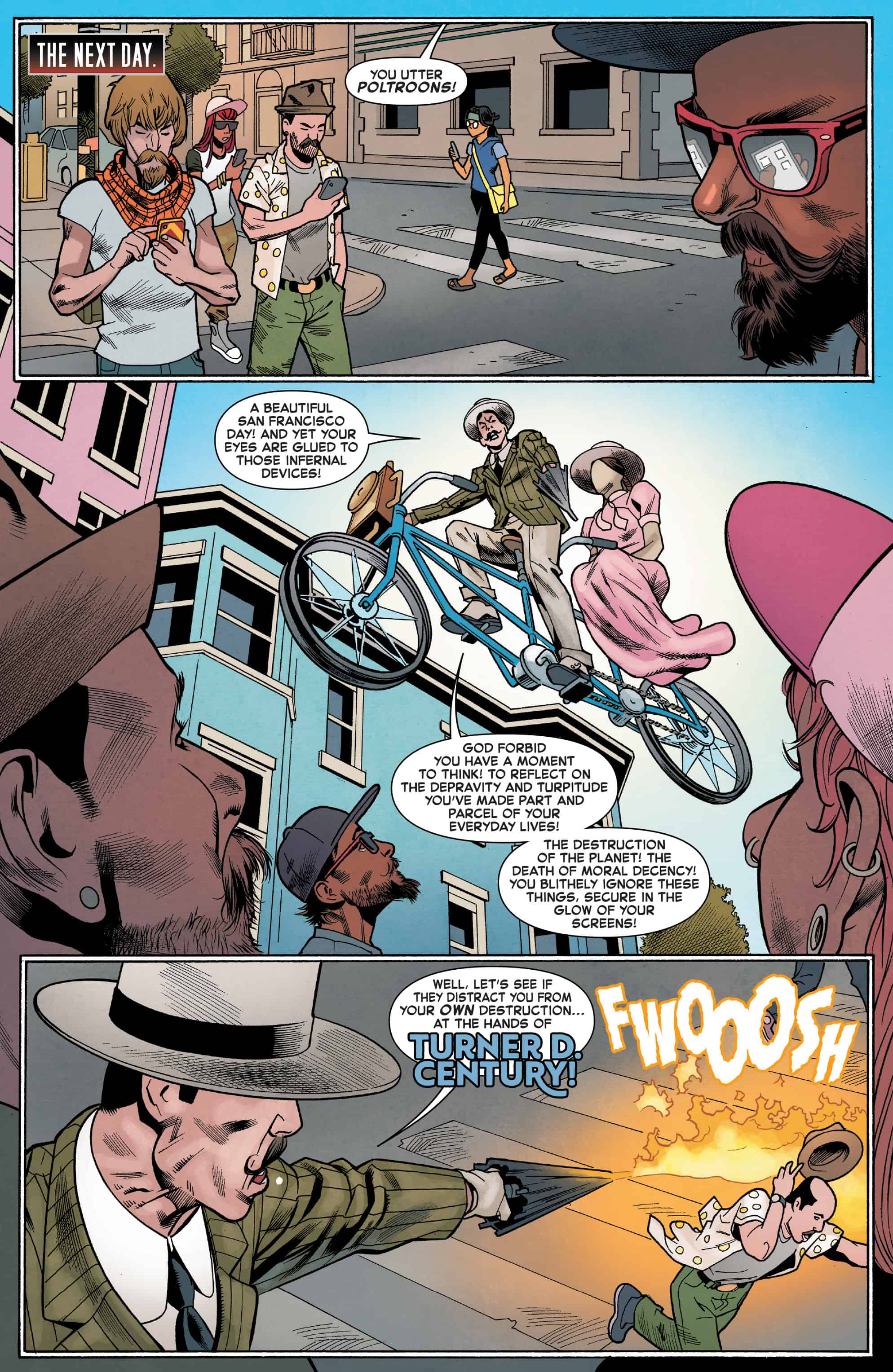 Thankfully a talk from a Spider-man (more on that later) and a fight with my new favorite villain Turner D Century set him down a path of potential healing and the issue ends on an interesting note.

A feels soaked issue that still manages to have fun and even injects some fun in the middle. It’s funny that Otto’s arrogance hooked me on this series but issues like this one keep me coming back, Christos Gage is phenomenal at humanizing the character in a way many writers struggle with. The huge loss of life during the War of the Realms is as good a foil as any for Otto to work on some issues. 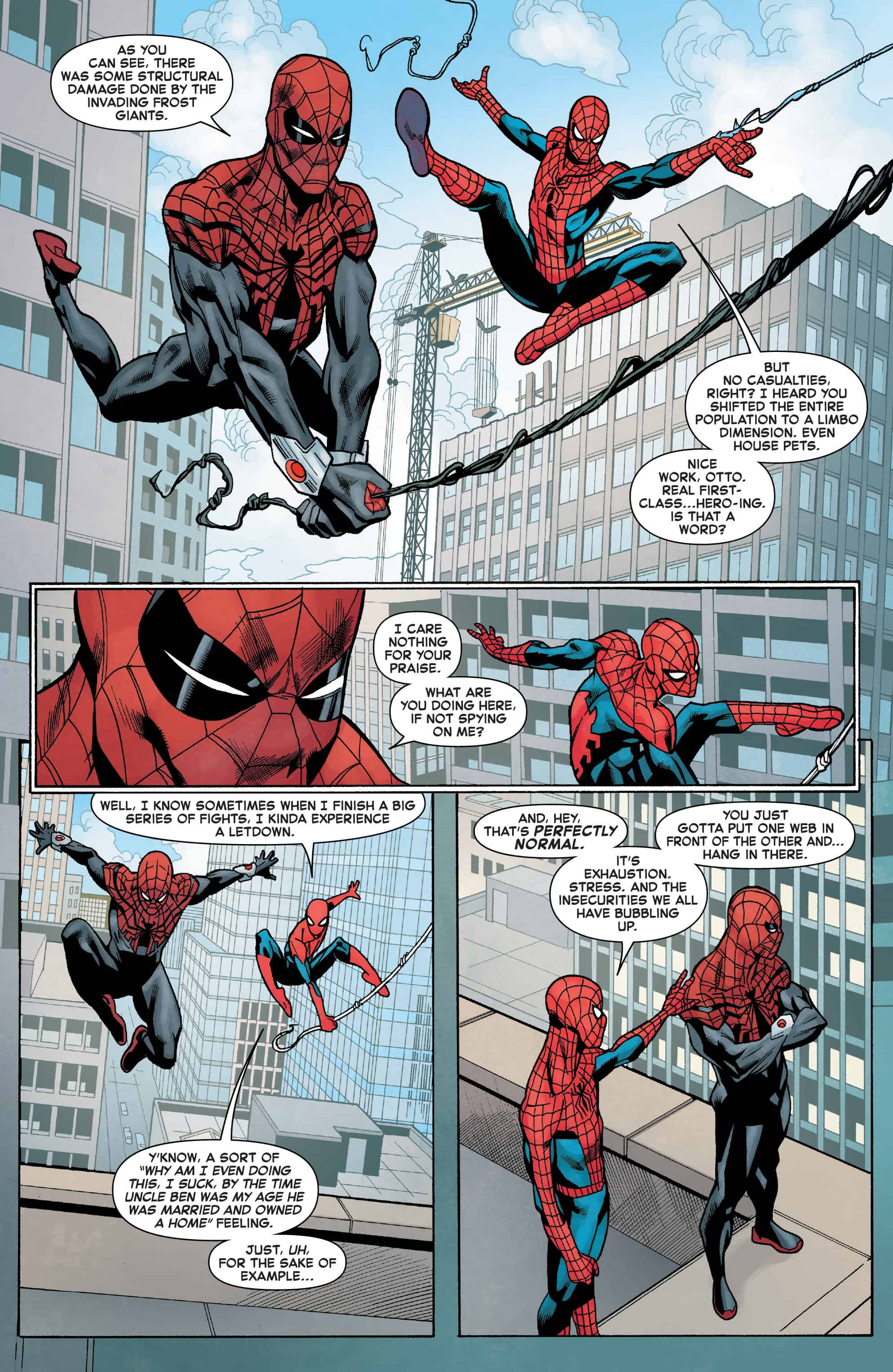 It is interesting if you consider the odd assortment of villains Otto has faced off against as mirrors of his own dark traits. Terrax is arrogance, Master Pandemonium his desire to control and even the ridiculous Turner D Century mirrors Otto’s disinclination to change. As Otto defeats these “villains” he is on his way to becoming a better person.

I thought the talk with “Spider-man” was great and likely just what Otto needed it is a little odd to me that Otto’s Spider Sense (does he have Spider Sense? actually not sure I don’t recall him using it before) doesn’t warn him that this Spidey isn’t who he says he is. I won’t spoil it further but I loved that reveal haha. 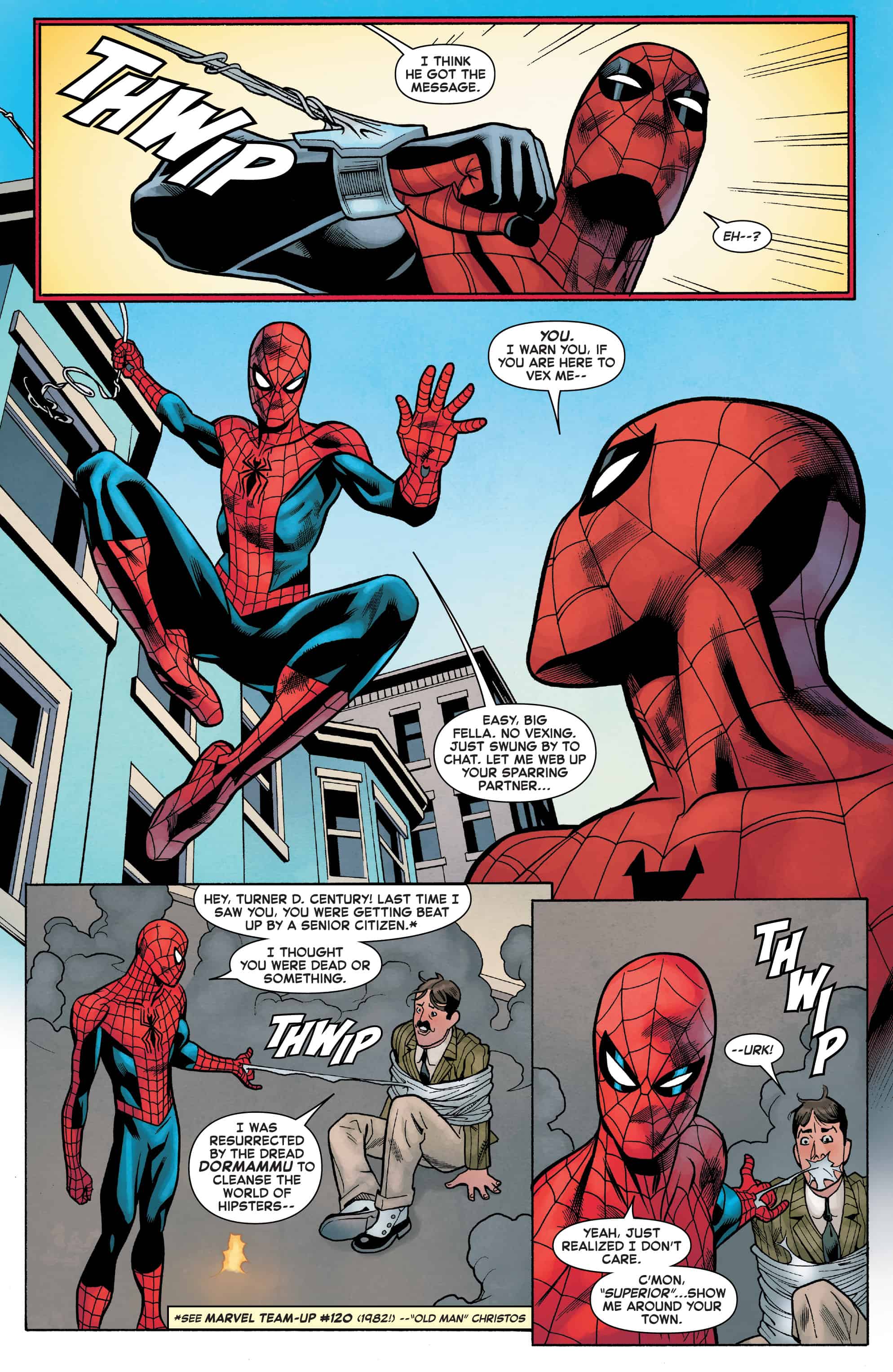 I am happy to report the return of series regular artist Mike Hawthorne, along with Wade Von Grawbadger and Jordie Bellaire the issue is a return to series standards but to me the superhero action (which looks legit great) is secondary to all the work done to express Otto’s emotions. Anytime Otto has his mask off you can see and feel the dismay he feels it’s so good. It was cool to see Otto alongside Spider-man and the differences in their costumes from the obvious to the less obvious. My favorite part is the eyes I never thought about it but Spidey’s mask kind of gives him a big eye puppy type look whereas the Superior mask has slits, much darker looking. Dang good issue.

A great entry in an amazing series. You need to be reading this series it's top notch.