Superman #14: Unity, as One Stand Together 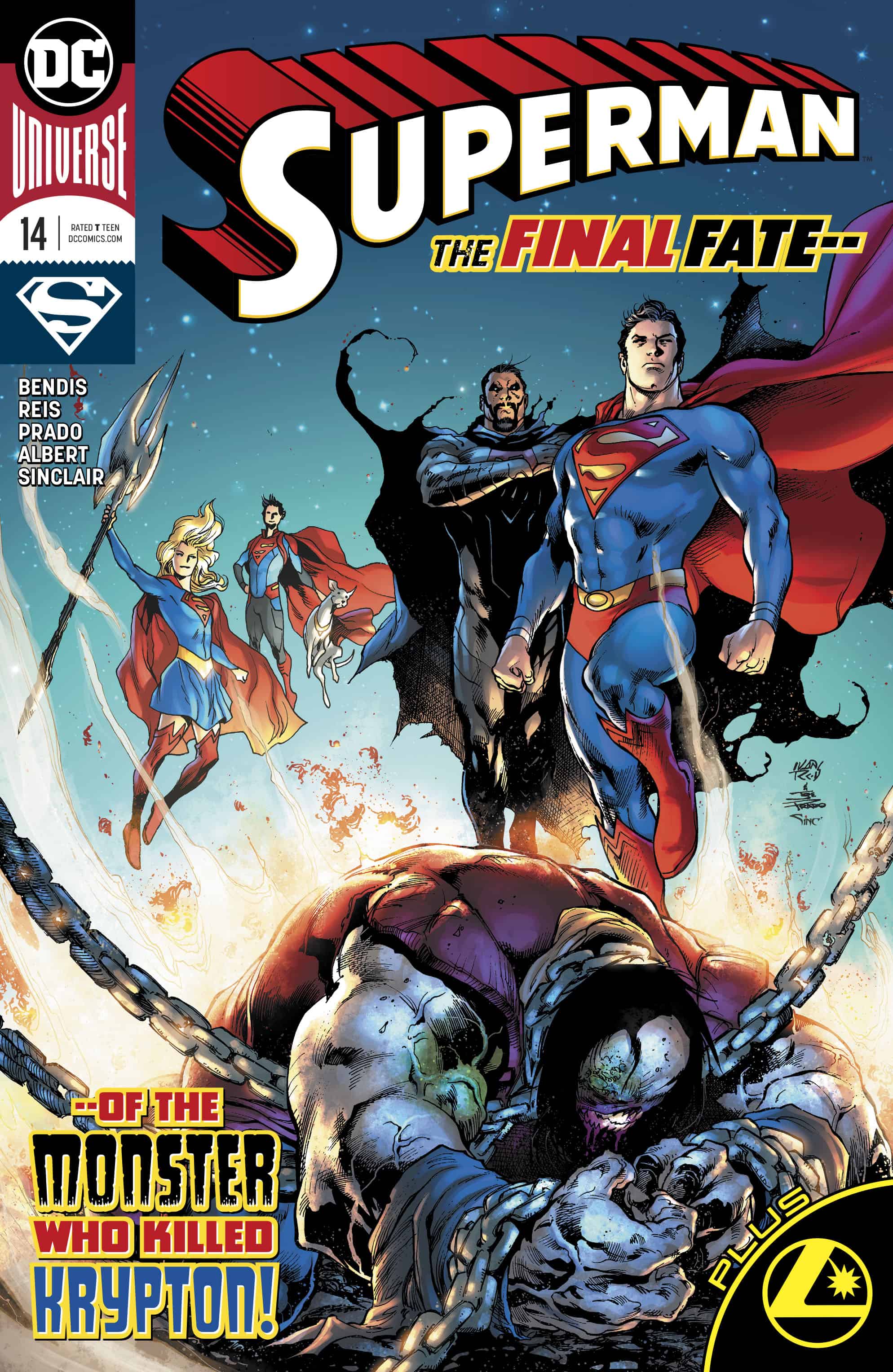 The House of El is reunited and goes head to head with Rogol Zaar. In the search for answers to prevent future clandestine scandals and reunite the galaxy, the United Planets is formed, prompting some special guests from the 31st Century to pop in and commemorate the occasion! 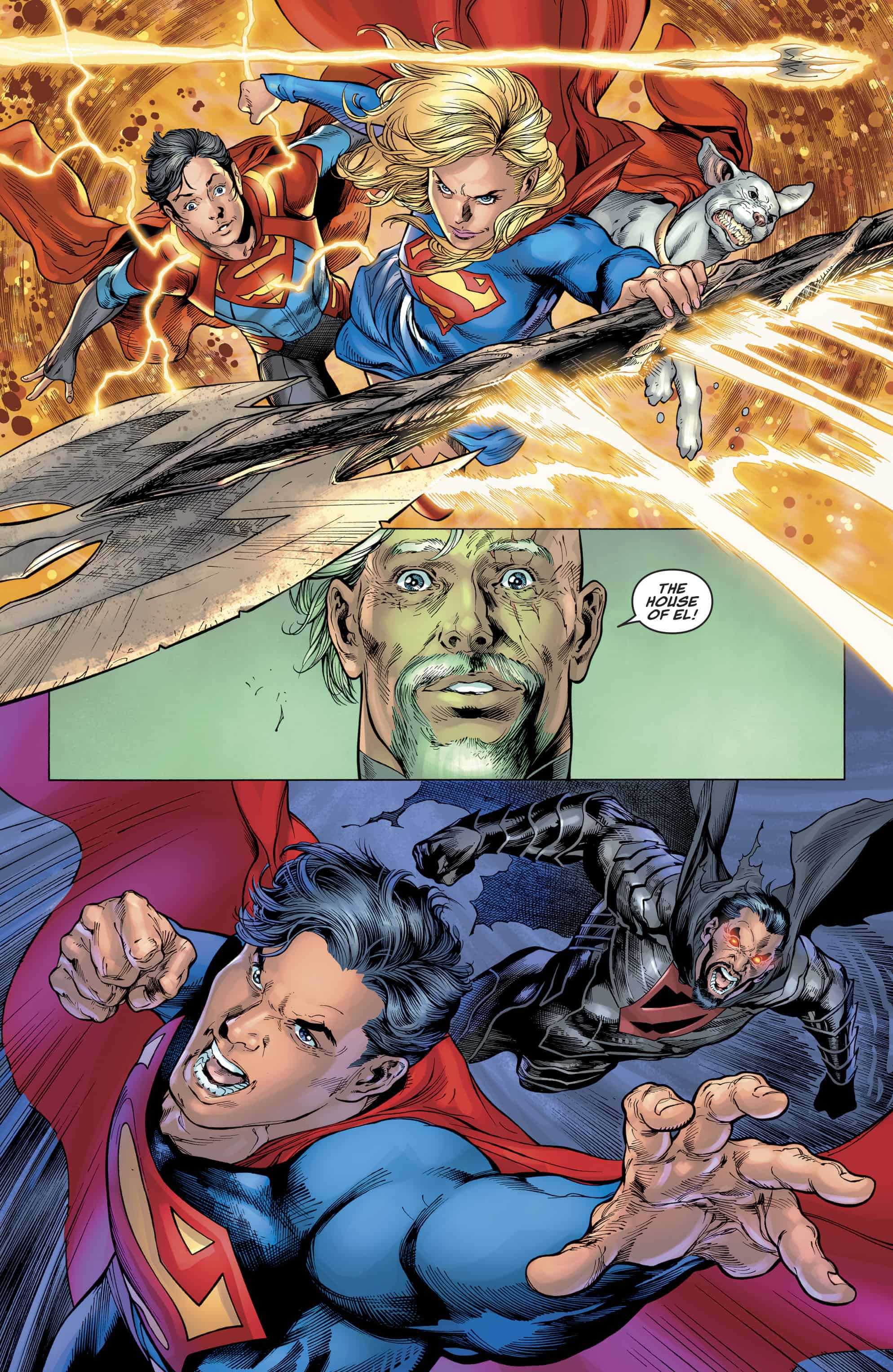 Sometimes, an ending is no ending at all. The long awaited conclusion to “The Unity Saga” is just that. In fact, it doesn’t even pretend to be an ending by marking itself “Conclusion: Part 1”. After fourteen months and fourteen issues, we’re still not much closer to revealing who Rogol Zaar really is or what secrets he may be harboring (although it was confirmed in this issue that he is, indeed, a Kryptonian) but somehow, this issue manages to make that mystery seem insignificant. 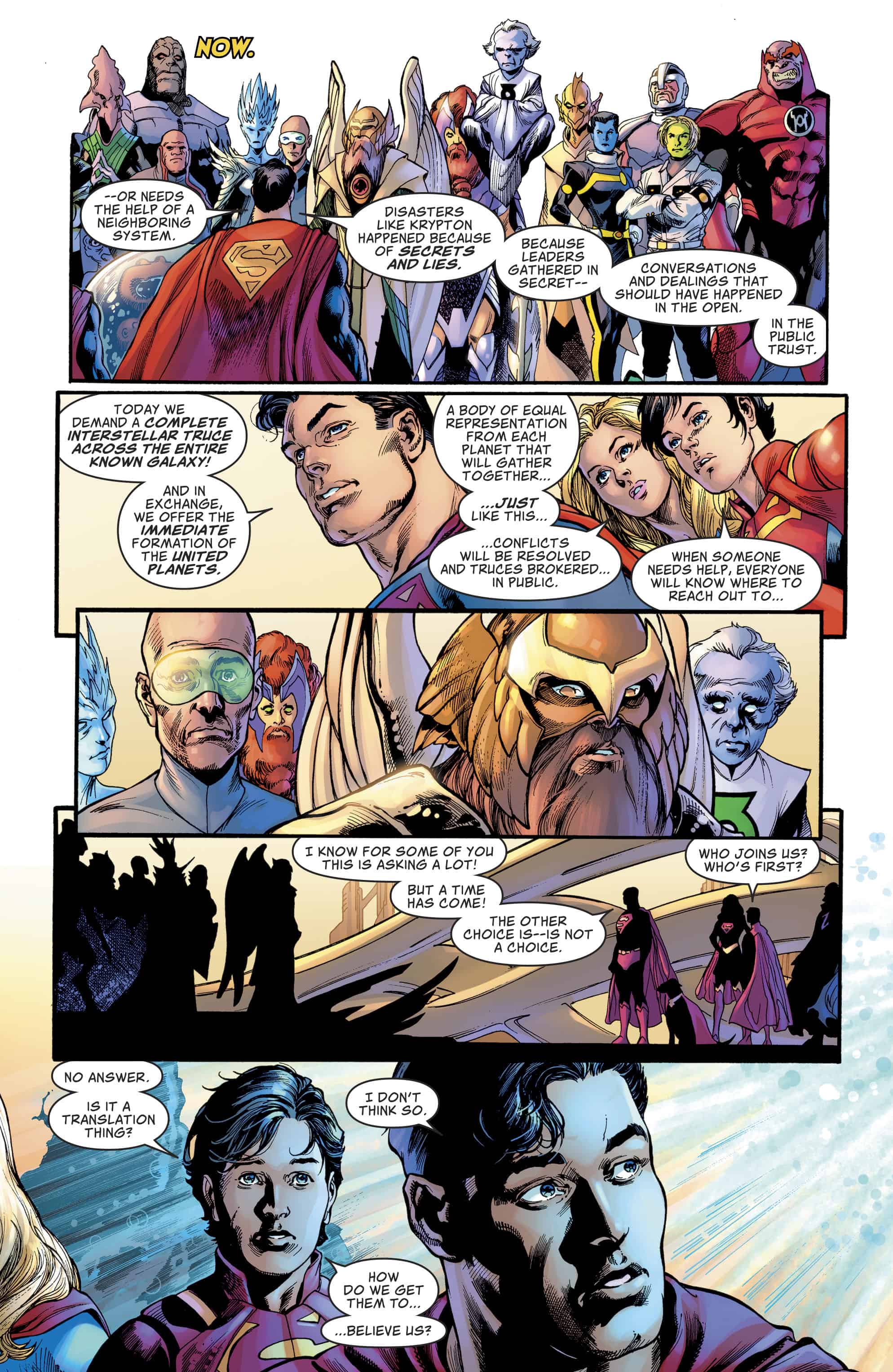 Ivan Reis was given the perhaps unenviable task of drawing one of the most significant two-page spreads of 2019—the return of the Legion of Superheroes—an he handled that task with great aplomb. It’s a gorgeous, Perezian shot and front and center is the newly revamped Lightning Lad. Yes, Lightning Lad is black in this current incarnation of the LoSH. It happened, it’s sticking, get over it. Moving on. 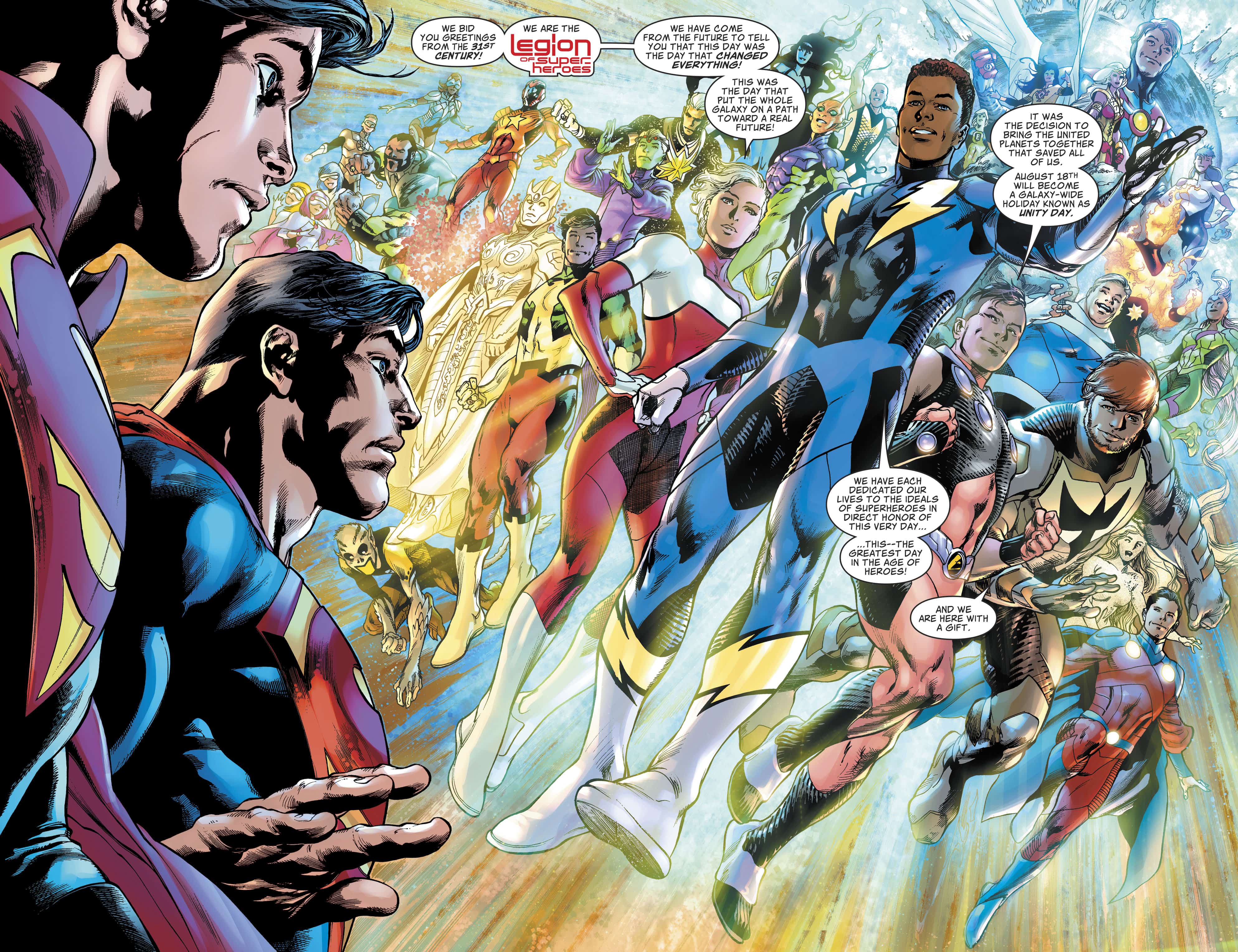 The return of the Legion seems to have been the entire impetus for reconstructing the story behind the destruction of Krypton but it also brings with it a fascinating proposition. As the Legionaires talk of Unity Day as the moment that changed the universe forever, there is a distinct absence of anybody saying “it’s all downhill from here.” As the United Nations has had its problems in real world history, so too can we expect there to be some bumps in the road and miscues from the United Planets, I would imagine. As is frequently the case with Bendis, the storytelling potential moving forward is virtually limitless. Now it simply comes down to execution from here on out.

Superman #14: Unity, as One Stand Together