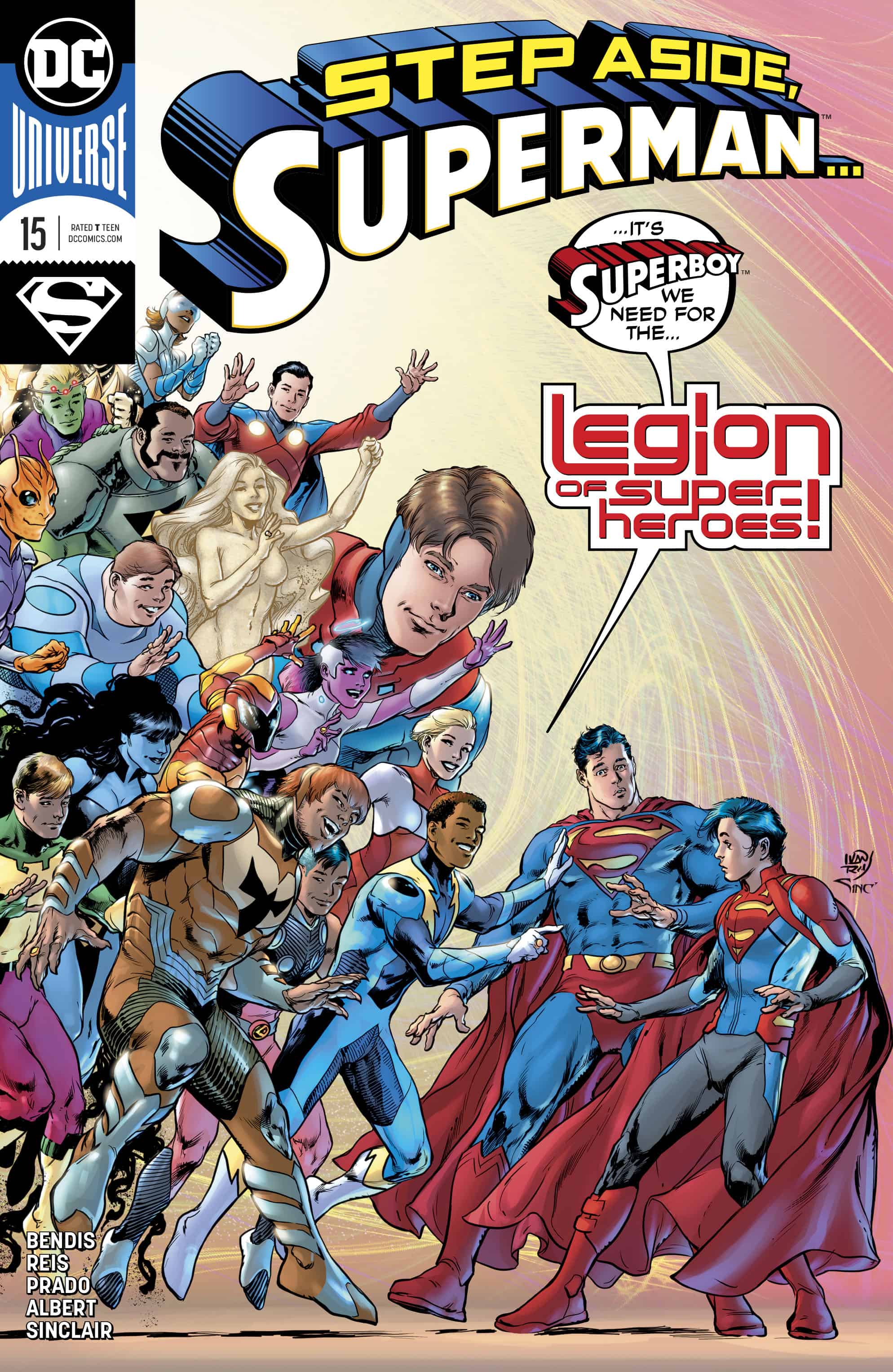 The Legion of Superheroes are on hand to witness history as Jon Kent's plan to forge a United Planets goes into motion. Amidst the celebration, however, Kal must come to terms with the final fate of Jor-El. If all of that wasn't enough, Jon must make a very important decision regarding his future-- but not until he talks to him mom first! 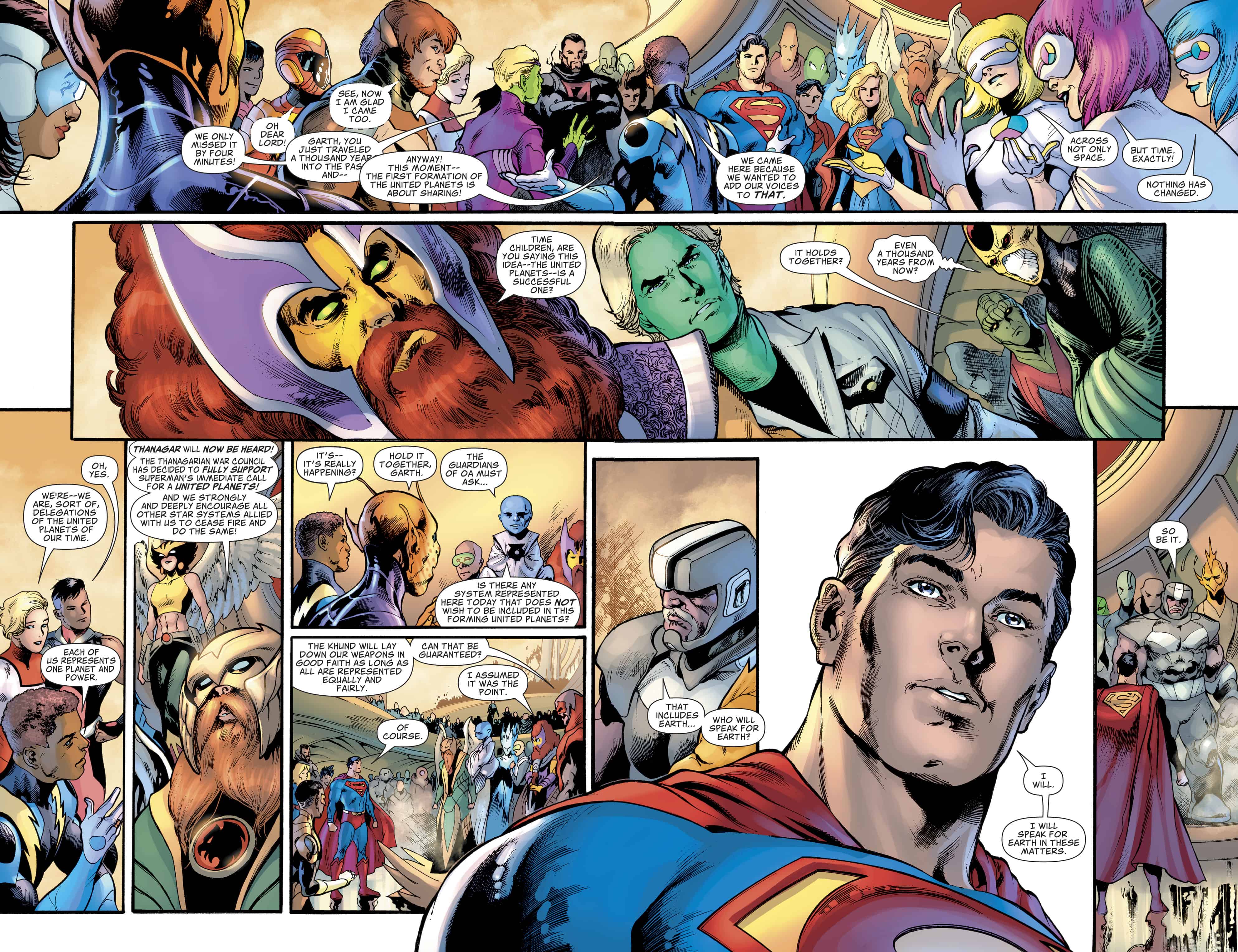 Here it is. The moment we’ve all been waiting for since the “Bendis is Coming” advertisements flooded our favorite comics. Bendis, after nearly a year and a half, has finally brought his planned reinvention of Superman fully into effect and delivers a pitch-perfect Superman story. There were times where it felt like we were taking the scenic route, others where we felt truly lost, but we have finally arrived.

As we head into this new era for Superman, we see the realization of decades of work by some of the finest creators in comics. Superman, through all of his ups and downs, is not perfectly poised to bear the weight of his legacy moving towards a bold new future. We’ve long known that Superman and his actions would lead the universe towards a new paradigm– we’ve been talking about these stories since the 1950s– but now we see how, exactly, he achieves it and it all feels just… right. 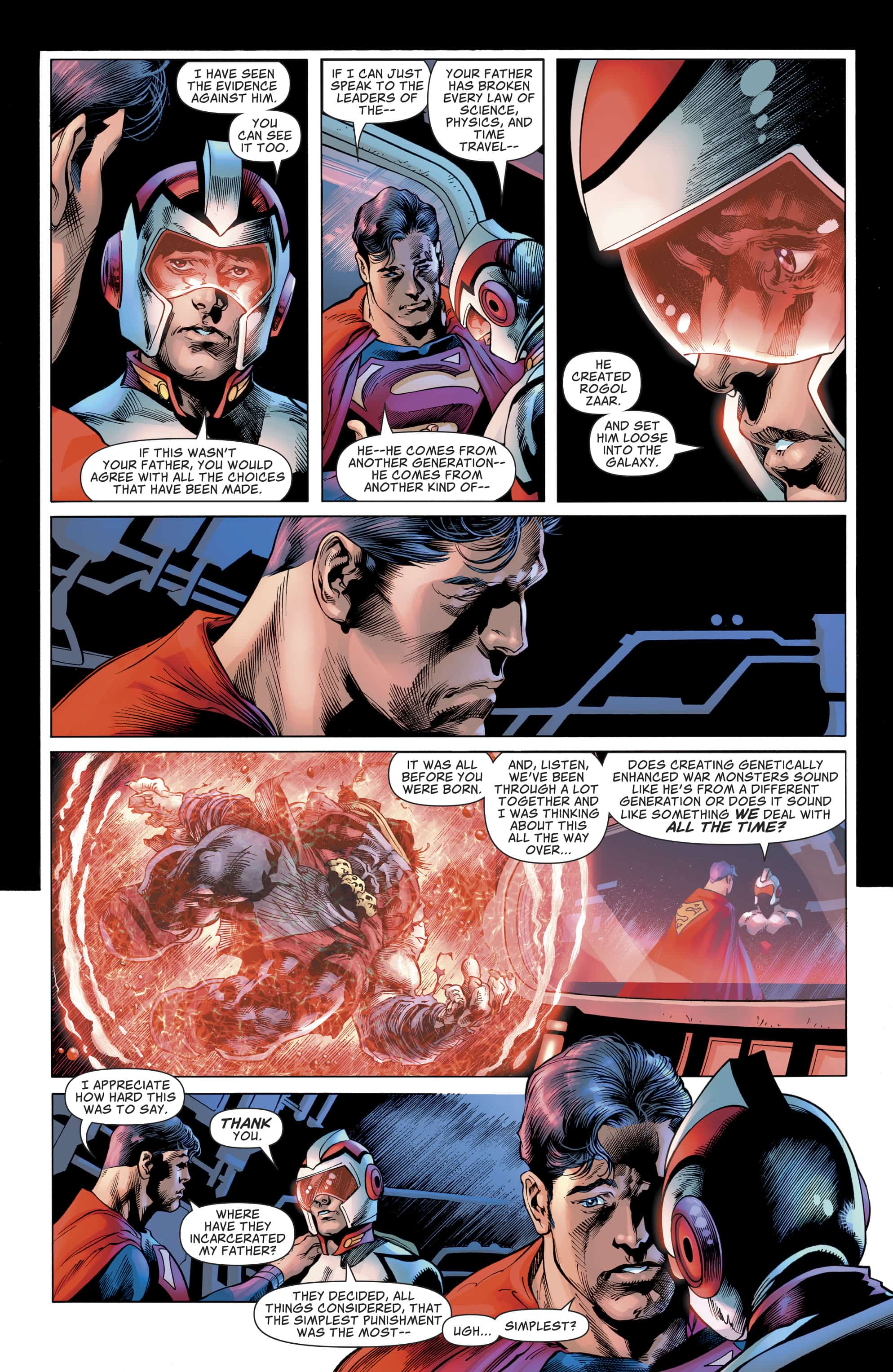 In the death of Jor-El, Bendis and company manage to right a dangling plot-thread they were handed by taking over the book in nearly the only way that makes any sense but at the same time, this event is used to flesh out Bendis’ understanding of the character of Superman. His exhaustion upon hugging Adam Strange, his relative calmness regarding the trial, his acceptance of the rationale, and his hope and optimism for the future when talking to Zod. Whatever doubts readers may have harbored over Bendis’ ability to write a proper Superman, those doubts should now be quelled. 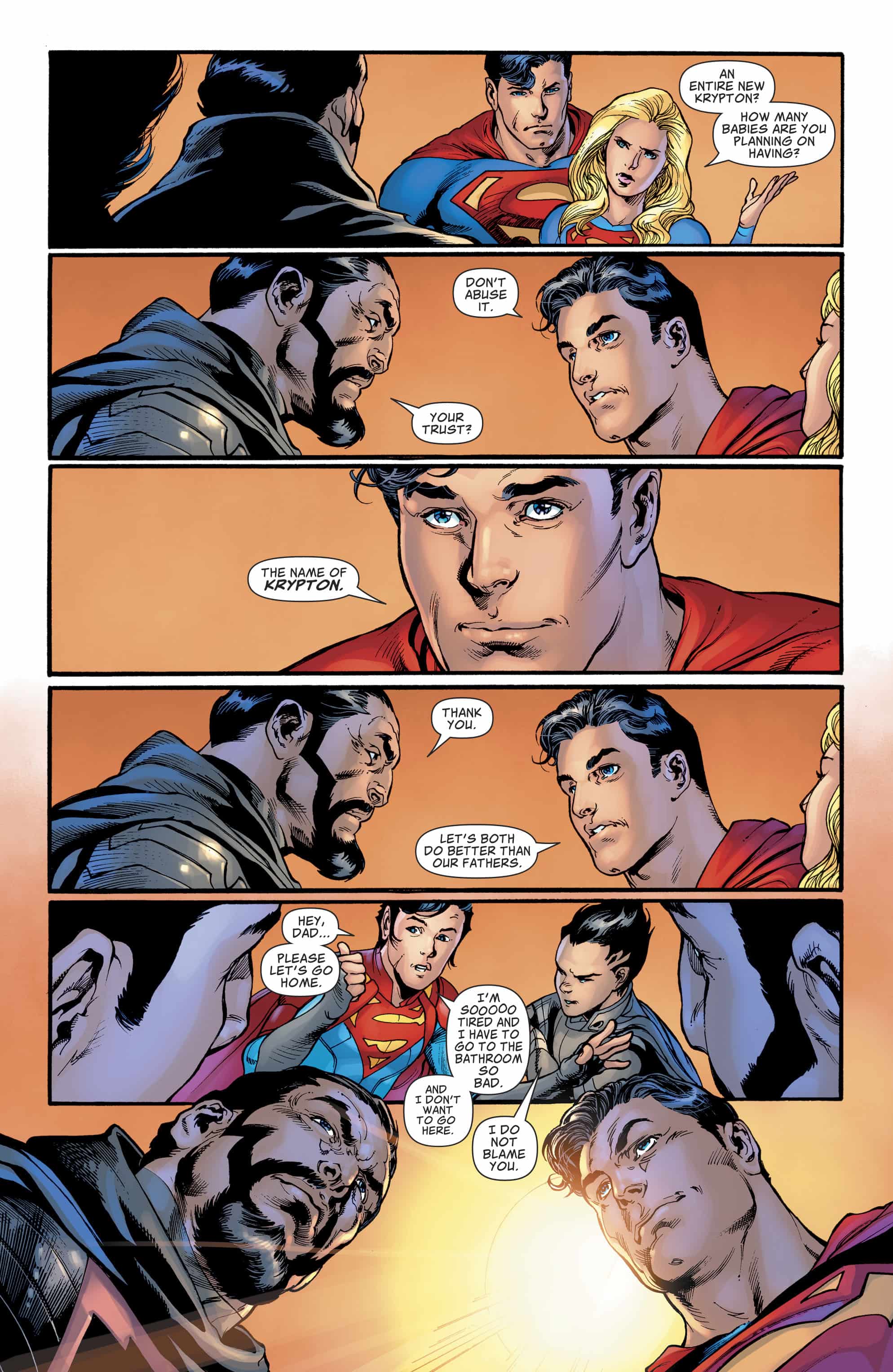 Nearly half of the issue takes place on massive, double page spreads, a particular strength of Ivan Reis, that does well to capture the magnitude of this issue and its events. There isn’t a panel wasted throughout and, other than maybe a few squabbles about various Legionnaire costume re-designs, this issue is precise and expertly rendered throughout. The faces are emotive, the group shots well balanced, and not a single panel feels rushed. Excellent work all around. And let’s not forget Dave Sharpe, who has been a bit of an unsung hero during this series for managing to take Bendis’ penchant for numerous word balloons and make them not overwhelm the page.

It's the dawn of an exciting new era for Superman and his family in Superman #15 (Bendis, Reis, Prado, Olcair, Sinclair, Sharp).