Superman #16: Back in the Saddle 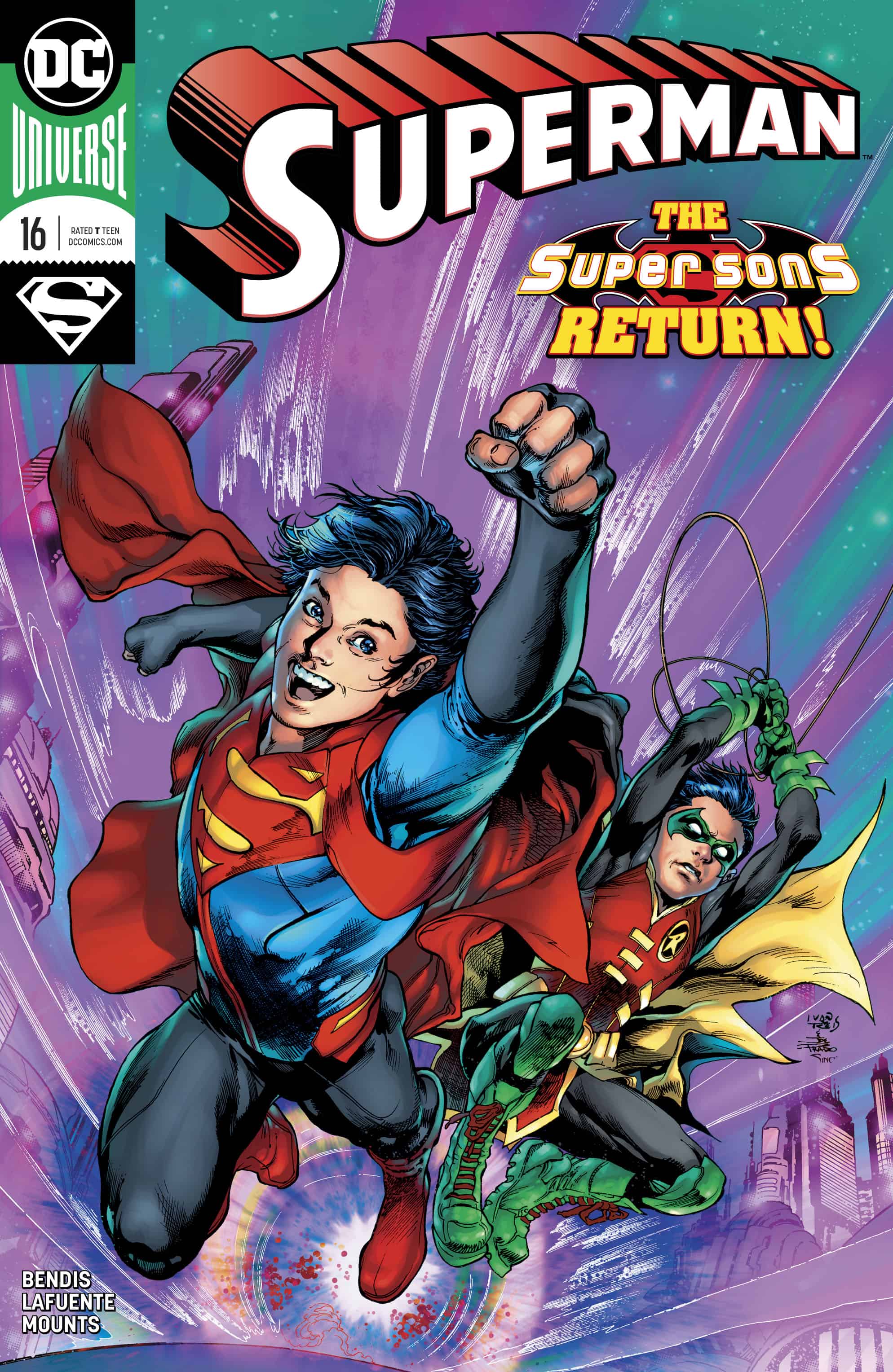 The Super Sons are back! But now Jon is five years older, and he’s sitting on the biggest decision of his young life. Damian and Jon team up again for a rip-roaring adventure and a huge catch-up! These two best buds have really needed each other, and now they are back!

This issue felt out of place from the start and carried through the entirety of the book. To begin, it feels a dirty trick to put a really nice Ivan Reis cover on an issue illustrated by fill-in artist David LaFuente. That’s not to say that LaFuente’s art didn’t tonally fit the issue but to move from the expectation of one style to a drastically different sort of art was jarring, to say the least. But still, LaFuente’s art did fit the the nature of this issue quite well and was well-executed for what it was, whether that is a style that speaks to you or not. And Paul Mounts’ color work was quite noteworthy in this issue, balancing nicely between being vibrant when the story called for it and muted elsewhere when necessary. 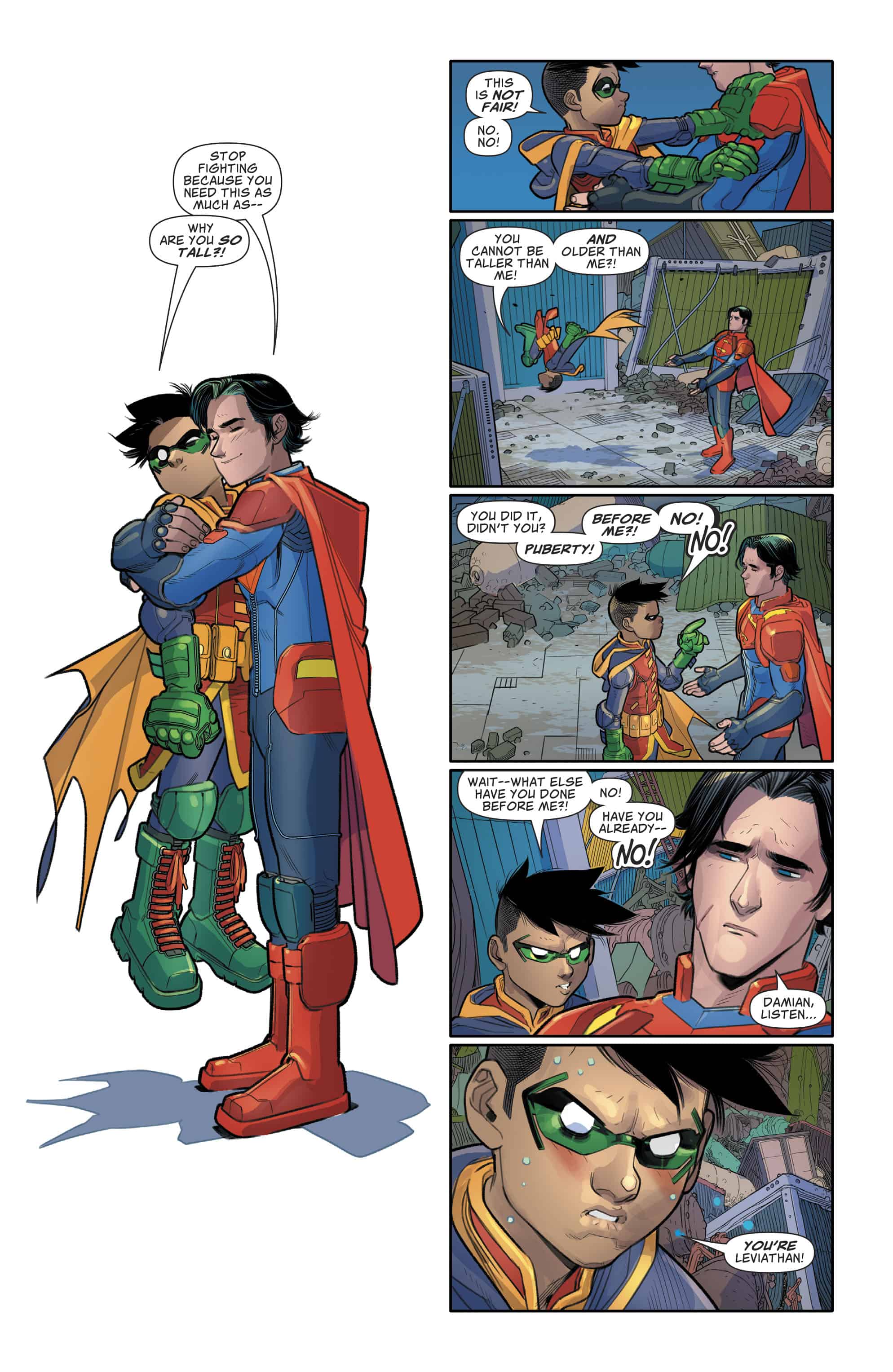 This biggest issue with this book was Damian’s dialogue. It is not the first time Bendis has written Damian (see Event Leviathan) yet this character felt absolutely nothing like our little Bratman. I understand the attempt to play at the relationship between Jon and Damian bringing out something different in Dame’s personality but the differences here were too drastic with too little framing to be of any real consequence. The attempt to play up how much the two friends missed each other during Jon’s absence seems forced and disingenuous. Had there been more moments throughout Jon’s time away that reinforced him thinking about Dame perhaps it would have landed better but as it was, the reunion felt flat.

As we enter the final act of the issue, we see Jon mulling and ultimately accepting his invitation to join the Legion of Super-Heroes in the future. Given all of the buildup to this monumental decision, the sequence seemed unnaturally rushed, particularly given how Bendis typically likes to extend a story. Again, it is a case where the inevitable happened (we’ve seen the solicits and covers of Jon in the future for months now) but the execution felt sorely lacking. Perhaps if this issue were a one-shot of double length, the points would have had space to breath and land better but as it stands, this issue was something of a low-point, particularly given how strong the last several issues were.

Superman #16: Back in the Saddle