Superman and the Authority #1: The Weight of a Finer World

Superman and the Authority #1 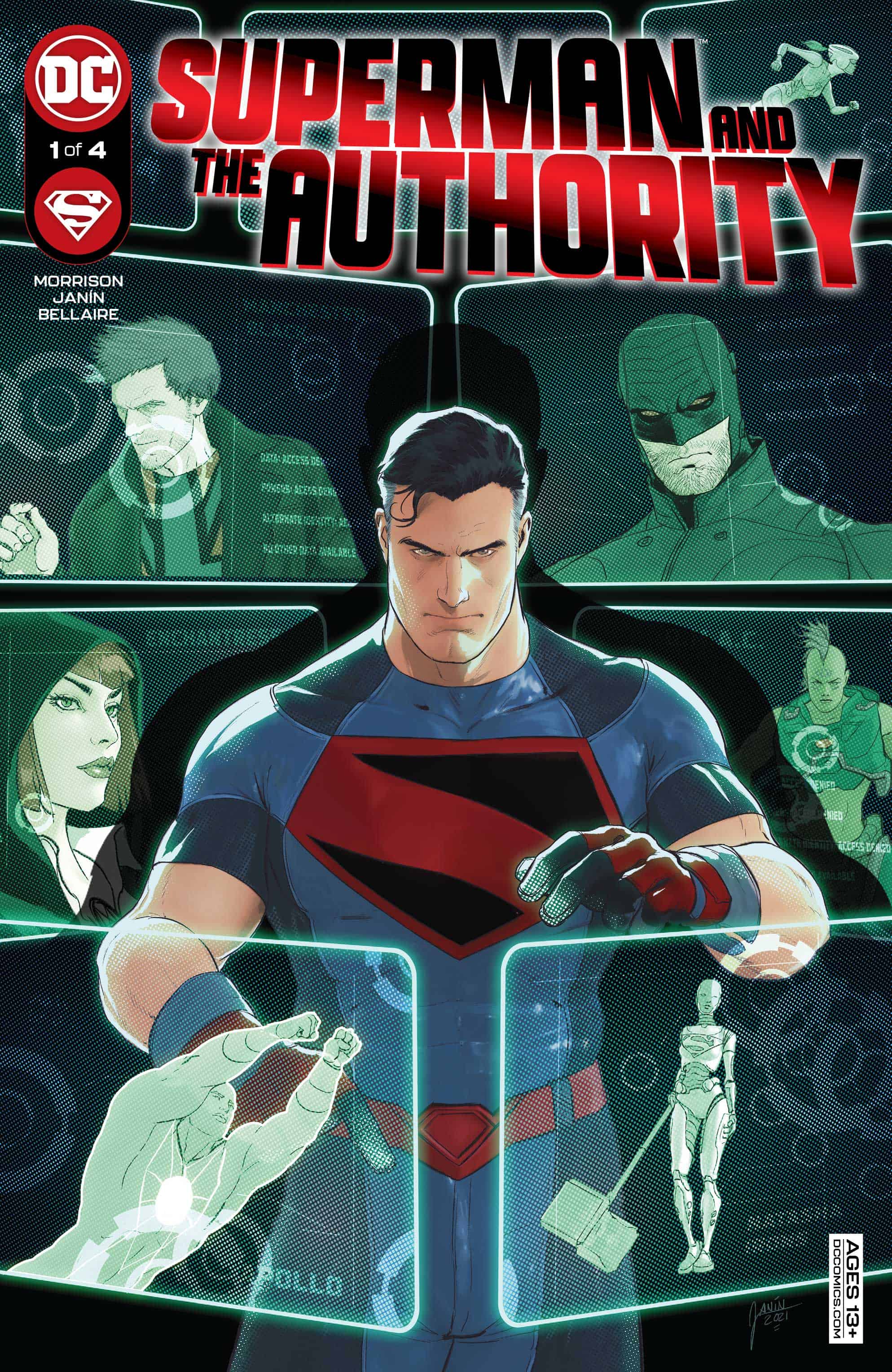 Clark Kent, the Metropolis Marvel, seeks out Manchester Black, the most dastardly of rogues, to form an all-new Authority tasked with taking care of some business on the sly. Not only will Black know the right candidates for the team, but if Superman can make him behave himself and act in service of the greater good, then he’ll prove literally anyone can be a hero!

Superman and the Authority mashes up two eras of writer Grant Morrison’s work: their unabashedly cool and transgressive early ’00s work at Marvel (particularly Marvel Boy), and their more contemplative and earnest work at DC in the late ’00s and early ’10s (like All-Star Superman). As a single introductory issue, the story is all setup, one more interested in asking questions and defining the stakes, but Morrison is a writer well-suited to the task, and along with artist Mikel Janin, they give readers a thoughtful and beautifully illustrated first issue.

The issue opens with Superman conversing with JFK, with the President asking Superman to take a hands-off approach with humanity. Superman is still the all-American here, at the height of optimism. History intervenes and leaves him with a very different world.

As it cuts to the present, we meet Manchester Black, telepath and telekinetic, who must have a constant intake of alcohol, getting taken down and captured by Superman. It’s here that the tension between Morrison’s two visions becomes clearer. Though not created by him, Black is played as a quintessential Warren Ellis-style character, all piss and vinegar, snappy one-liners, with a Union Jack shirt tying things together. A portrait of ironic detachment and cynicism, running headlong into a concept that feels very out-of-date and uncool.

And it’s here that the real meat of the issue takes place, and where the real point of the mini comes through.

Mikel Janin’s art being somewhat reminiscent of Frank Quitely’s in its strong posing, facial expressions, and overall rounded but powerful feel, shouldn’t be overlooked. There’s a strong sense of continuity here, another sort of engagement with the past and the present that this series is working through.

Superman and his allies worked abstractly, very far outside the realm of conventional human view—Morrison themself has done more than their fair share of such work. But when someone spends so much time with their head in the clouds, they eventually forget what the world is like on the ground. And when the games were over—the deaths and rebirths, the crises—the window of action was gone. But he never forgot what he needed to do.

So Superman wants to create that better world, that finer world, but he doesn’t want to do it like so many other characters and writers have done before. He doesn’t want to take control and make it his own, as Gruenwald did in Squadron Supreme or Ellis in his original Authority run. Morrison doesn’t want to abdicate responsibility, to write and create that finer world, but they don’t want to simply make others conform to their own vision. Like Superman, they believe in laying out their vision and hoping its conceptual weight will cause them to make the right decision.

Which is what happens. Manchester Black initially turns down Superman’s call to action, and then, on cue, as things are at their darkest, saves the day because he knows it’s the right thing to do.

And that’s the key difference here. Conceptually, it’s much the same as their story in Detective Comics #1027: heroes exert a considerable rhetorical force on the world, and can make things change just by existing.

As the issue ends, the stakes are made clear: Superman wants to change the world, but he’ll need a team to do it. He has the clout and the resources, but no longer has the physical strength to do it on his own. But he has something a fair bit stronger: his unerring sense of rightness, of the need to hope and be optimistic, and his good-old American spit-curl charm.

For a single issue, and one that has to do a lot of intro and setup, it’s about the best it can be—there’s good dialogue, the stakes are clear, the ideas are laid out clearly, and it’s got a neat bit of action. It’s interested in the past and the future, and it wants to take a few swings at big questions. A great start.

Classic and current Grant Morrison collide wonderfully in Superman and the Authority #1, a thoughtful and weighty introduction to a Superman's mission to create A Finer World.

Superman and the Authority #1: The Weight of A Finer World