Superman and The Authority #2: Getting The Band Back Together For The Very First Time

Superman and The Authority #2 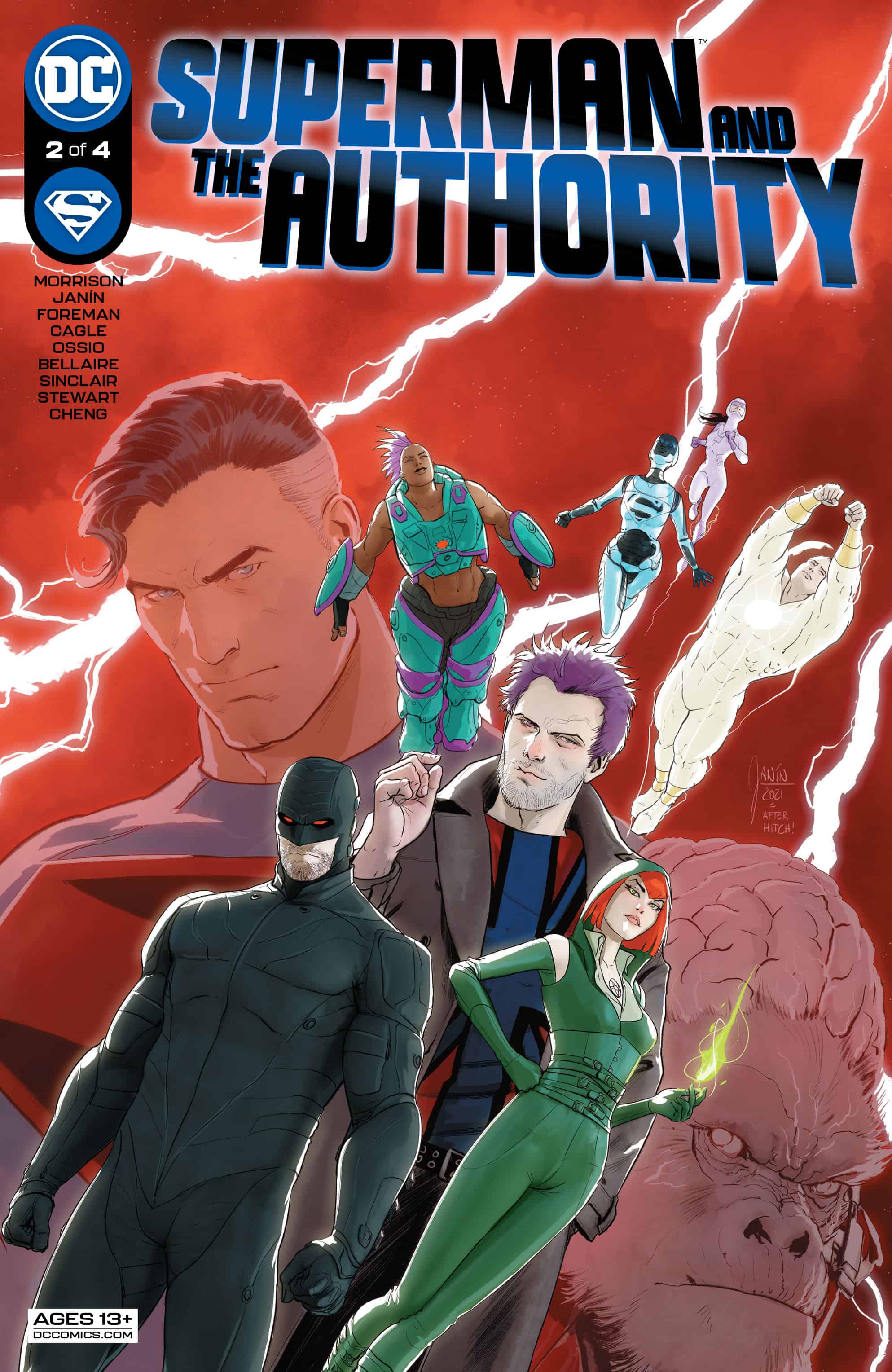 Clark Kent and Manchester Black continue to put Superman’s new team together, even though keeping Black in check seems like just as difficult a job as convincing the new recruits to come along. The pair hits different parts of the world looking for different types of heroes.

There’s something different about Superman assembling the Authority, and not just from the standpoint of the authorial/universe mash-up novelty of the concept. Superman isn’t interested in preservation and reaction to threats, like the original Ellis/Hitch Authority was. Superman, like Morrison, is interested in taking the world as it is and making it better, engaging with problems rather than just punching them into oblivion. There’s a tangible desire here, a need to improve, to want more from life. That need comes through in the interconnected stories presented here in Superman and the Authority #2.

Plot-wise, it is the inevitable team-building story—an eclectic assortment of heroes are presented in their natural habitats and recruited to the group driving the story. As with the previous issue, this is more table-setting than true narrative advancement, but Morrison uses the format to have a little fun, while still adhering to what feels like an archetypal “Authority” team.

Each bit of the issue slots its characters into the predetermined “roles” Ellis used in his run on the title in the early ’00s. There is Superman, de facto leader in the role of Jenny Sparks, and Manchester Black slotting oddly in as a Jack Hawksmoor-style hero. The Engineer is now played by Natasha Irons, who faces down an emergent AI which manifests as bots spewing misinformation, trolls, and monstrous demonic lords. It’s a sequence that modernizes and refits the character to deal with modern problems, recasting Nat as an enthusiastic, tech-savvy bruiser with a touch of compassion. That the problem she solves turns out to be structural and unable to be dealt with through force alone is another example of Morrison understanding that old methods won’t work anymore.
Fico Ossio renders the scene vividly, with lots of movement and kinetic action, with bold and saturated colors. Of all the scenes, this one looks the best, its look feeling like it could have come from an issue of 52. The break is another reminder of Superman getting old, jetting off to the next scene in his Supermobile.

In the roles of Apollo and Midnighter, Manchester Black recruits, fittingly, Apollo and Midnighter. Out of every character in the Authority, this pair is the least replaceable. Morrison changes very little about them—they are still forces of nature that are ardently in love with one another—but they are the most reflective of the shift in philosophy presented here. They’re still Apollo and Midnighter, but they want a way out of the cycle of violence, a way out of simply tackling symptoms. It’s an interesting shift away from the cheeky and violent duo of the ’00s.

Michael Janin’s art here looks good, but lacks any real action or momentum. Lots of speed lines and cool poses, but lacking any visceral intensity to suggest Midnighter’s menacing power. It might be simply because of the compressed length of the scene, but there’s just not enough to work with.

There’s a respect for the mythic significance of the team’s configuration, but Morrison is going to great lengths to break from the past. Nowhere is that more significant than in their introduction of June Moone, the Enchantress, as the Doctor of the team. Tossed into her own little Hell, tortured, gaslit, and left for dead. The premise feels more than a bit thin here, unfortunately. The theme of desiring to do good figures in, but not heavily, and certainly not enough to ground the character as well as the previous scenes. It has the feel of a box checking exercise, rather than the fuller explorations afforded to Nat and Apollo and Midnighter. It’s also not helped by Travel Foreman’s art, which feels flat and static, and the bland, two-toned color palette does the scene no favors.
The issue ends promising more action, and the enticing proposition of breaking out of Hell.

It’s a fine issue expressing ideas and reworking characters, though the ending feels insubstantial, and the art is an inconsistent grab bag of styles. Morrison is attempting to lay out a point here: it doesn’t matter what you did, what matters is what you can do. It’s a far cry from the brutish and dramatic Ellis run, and one that better reflects the world the book exists in now. The threats aren’t external, they are inside, and that world is coming apart at the seams. Maybe it’s worth it to try and break from the past, try something different.

Superman and The Authority #2 is compelling and interesting, pushing for something different and weirder within the strict confines of team books.

Superman and The Authority #2: Getting The Band Back Together For The Very First Time