Superman: Red and Blue #5: Your Superman 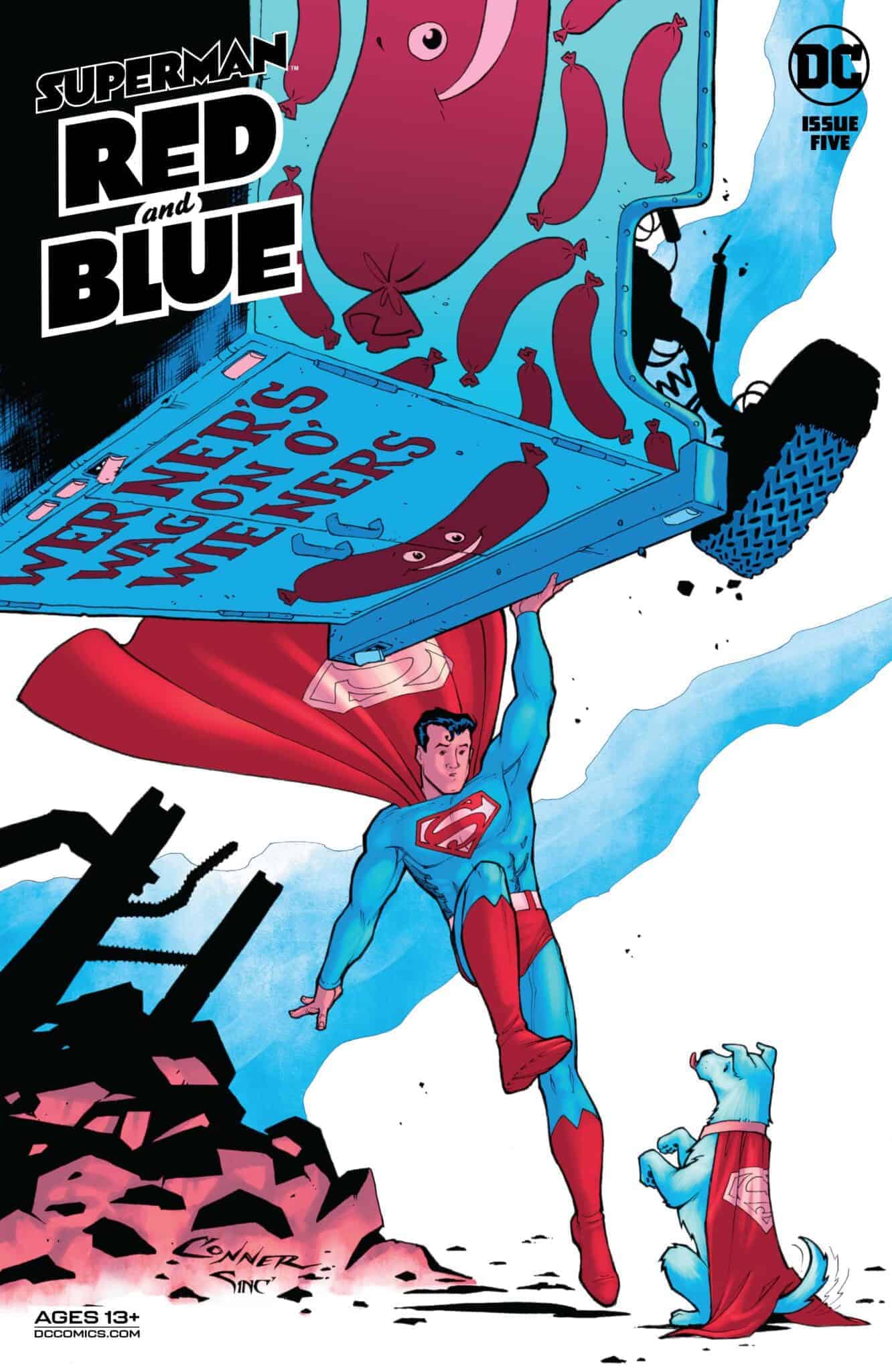 There’s no dog in the Multiverse quite like Superman’s real best friend, Krypto!
Join us this month for an epic retelling of Superman’s canine companion’s origin story, along with four additional tales about the Man of Steel, including one that proves that even in his secret identity Clark Kent is just as super. While Superman is known for his larger-than-life heroism, in this issue we tell the story of a delicate infant rocketed through the unforgiving universe! Also, meet for the first time the man rescued by Superman more often than anyone else in the Multiverse. And follow Pa Kent as he learns what it really means to be the father of a superhero.

You won’t want to miss the penultimate issue of this star-studded anthology celebrating the Man of Steel!

G. Willow Wilson’s story in Superman: Red and Blue #5, “De-Escalation,” captures the true essence of Superman. It features a peek into the daily life of Clark Kent, where he, on his trip to the local shop, manages to de-escalate a robbery without using brute force.

As a fan of Wilson’s Ms. Marvel, I was quite keen to see what she can do with someone like Superman, and I am glad to say that she did not disappoint!

For a short story, “De-Escalation” it is certainly impactful in its own way. Reminiscent of Christopher Reeves, this superhero is as kind as he is strong. Too often we expect our supers to punch their way out of fights and attacks, which, in my option can be of disservice to the supers, especially one who is supposed to represent everything we should strive to be. By calmly dealing with the robber, in his secret identity, he allows us to believe in a world where you do not always need to have superpowers to deal with difficult situations, to fight fire with fire, be a good guy with a gun to fight a bad guy with a gun. He allows us to hope for a better world. A world where truth, kindness and understanding can do a world of good.

De Landro’s artwork too contributes greatly to creating an atmosphere where we can feel safe, and at ease. Using cool tones, and a limited colour palette, the focus stays on Kent and his interaction with the robber, who, at the end of the day, is just a scared, misguided kid. It holds your attention, as you experience Superman at his best.

Overall, Wilson and De Landro’s De-escalation stands out to me as one of the best Red and Blue stories because, for me, it captured the true essence of what it means to be Superman. To inspire hope. The hope that people can learn, grow,  change for the better.

Superman: Red and Blue #5: Your Superman