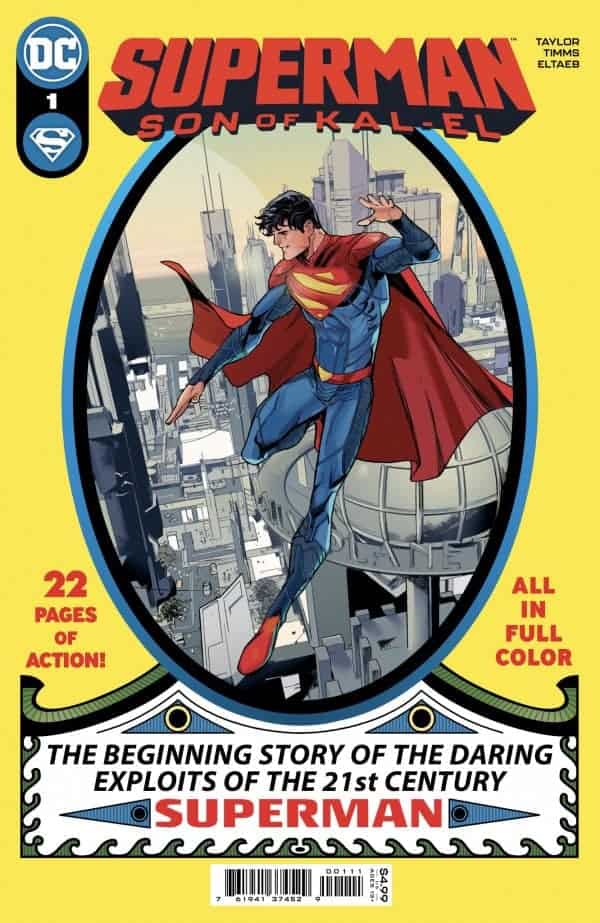 In this issue, we witness two births — one belonging to a hero, the other to an ideology.

I’ve started writing this review three times. I began by dissecting the contrasts (youth and age, justice and mercy, fear and courage) but that wasn’t right. I started looking at the liminal spaces in the text (and there are plenty) and the big, hard to define themes that abound here, such as: parenthood, morality, and the weight of expectations. Those weren’t right either.

So, instead, I’m just going to break down a vague outline of what happened and hope that a little light will seep in through the cracks. Feel free to insert a Leonard Cohen joke, here.

We start with a scene of Supes the Elder, floating high above the earth, in deepest space, while his friends crack jokes about having this (big, nebulous: easy) fight totally under control. Clark can leave, because he ‘has somewhere more important to be’.

In this scene, we are treated to a view of Superman’s support system. He has people who are friends, as well as coworkers. People who have his best interest at heart.

During the birth, Lois is very much in charge (as she should be. Believe me, if a person generates a baby they deserve respect. I know whereof I speak) and we see her swatting down both Clark’s fears and his attempts to put too much pressure on a boy that hasn’t even been born yet. 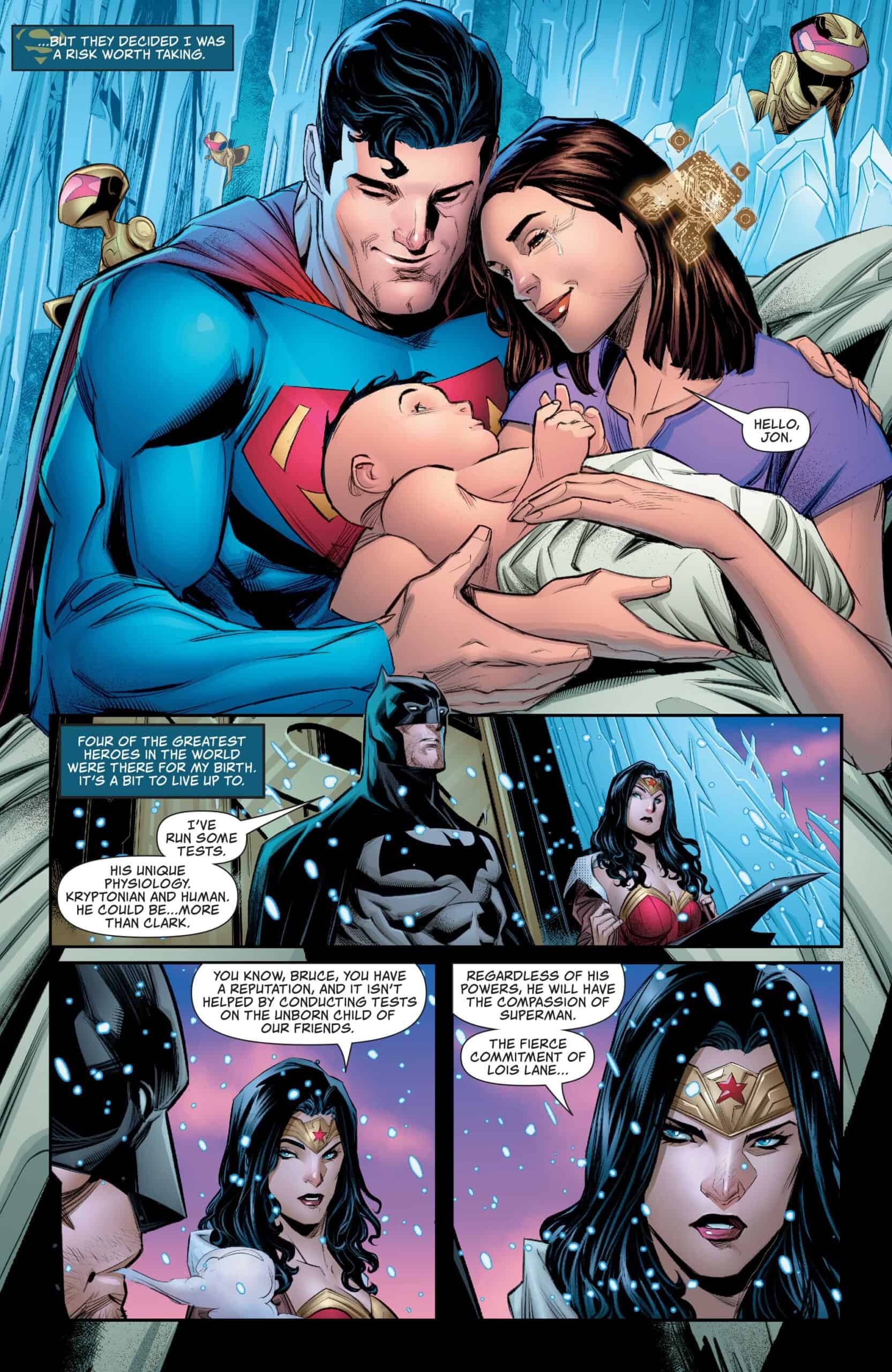 These scenes remind us of what we’re probably already aware of: Superman is wholesome. Solidified Goodness. It’s easier to be visibly, certainly ‘good’ in a world where punching people solves problems, but the book is aware of that, and is actively playing with the Boy Scout All American trope.

Good writing, as per usual, from Tom Taylor. He’s an Australian who knows what Americans want to be, and how they see themselves (regardless of the reality that he addresses later on) and it’s an Idea he uses both to shape and to further the story.

Compare Clarke’s life to Jon’s. Clark has larger than life problems that can be solved with a punch. Jon’s are a little bit different.

In this book we see the contrast of Superman’s global ideal of America (strong people joining forces to fight an easily-identified, capitalized Evil) with actual America — a place where the people are terrified of things they choose not to understand, which they will beat bloody as soon as they possibly can.

Superman can punch things. He can’t untangle a military industrial complex, grown fat and large on manufactured wars. He can cool down an arena with his breath, but he can’t stomp out capitalism-driven climate change.

Golden Age problems are easily fixed, and they are endowed with little moral complexity. This simplification isn’t the case in the majority of modern Superman books, but it tracks in the context of this story. The writing also cleaves to the point of view of a teenager. In this book, we are expected to share Jon’s point of view. I’ve never met a teenager who didn’t think that their parents had it easier — or who wasn’t ultimately disappointed when they discovered that their parents had no idea what to do. The sharp divide between the messages received by the characters, Clark’s ‘it’s just an attempted invasion’ and Jon’s ‘You really want to go against your government?’, comes down to experience. Clark needed to be reminded of his new primary responsibility: his family. That’s a position of power. That’s also a privilege. In contrast, yet another contrast, the soldier who gave Jon the command to allow a prisoner to be abused was dominating him. Jon is young. He knows what he’s been taught, the outside of the container holding the problem of Good and Evil, but he doesn’t know how to navigate the contents yet.

Luckily, for him and for this version of the world, he has Damian Wayne to show him the ropes of Comic Book Antifa. He’s a good boy, but he could use a little waking up.

John Timms’ art was clear and lucid — perfect for the story it’s telling. Lois was surprisingly unsweaty, all things considered, but that’s probably for the best. The scenes with John and Damien were particularly joyful. There was a lot of care taken over each panel, and that care was obvious. Gabe Eltaeb’s colors were appropriately dramatic, really setting the mood for each scene.

In short, this book packs a lot of punch into 21 pages. There’s a lot of story to chew on, and a lot of good art. I look forward to the next installment.

This is a strong start to a complex, interesting story. The art is fantastic, and the banter is top notch.