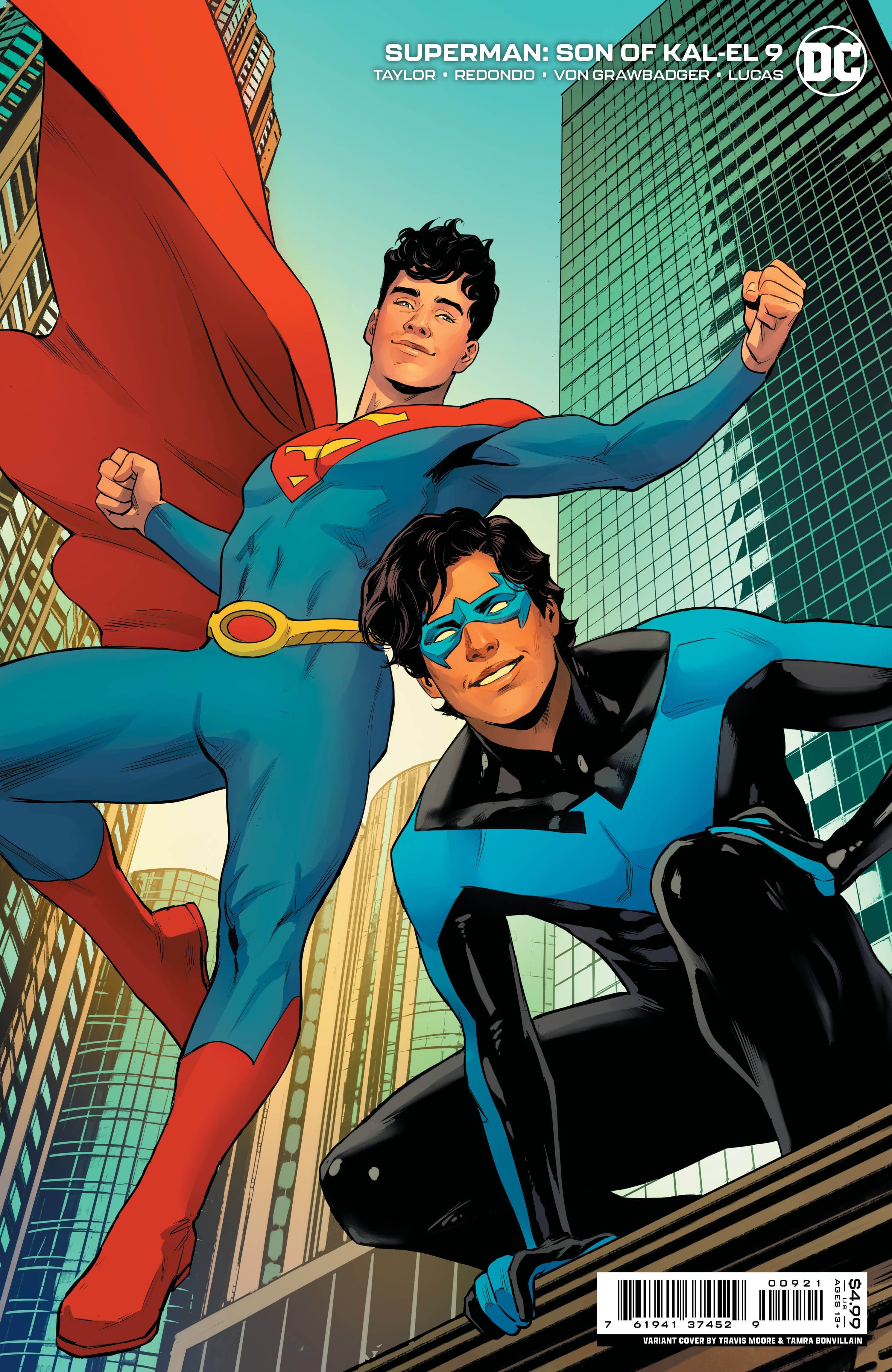 The Superman/Nightwing team-up continues, while The Rising spreads carnage across Metropolis. Are two hotheads really better than one? Read on, to find out.

Nightwing is the perfect DC hero for Tom Taylor to write. Superman comes in at a strong second. So readers should know, right off the bat, that this is a story they ought to grab as quickly as they can. If this buddy-cop team-up were to continue for years, I would be a very happy Bethany. As it stands, I must content myself with the one tiny slice of perfection the editors of DC have seen fit to grace me with.

I cannot praise this story enough. The opening scene, in which Nightwing and Superman pull a brilliant, balletic bait-and-switch on three of The Rising’s drones, was so perfect that the unappeasable twelve year old still squatting somewhere inside of my brain was, for once, totally satisfied. The art made this book and Bruno Redondo’s impeccable pencils rendered the stars with style, humor, and grace.

Only Nightwing could handle falling backwards off of a skyscraper with quite so much seemingly unstudied panache. Redondo understands, better than perhaps any other artist, the physicality of personality. So much of who we are is expressed by the movement of our bodies. Jon’s hesitancy (depicted at superspeed, but still visible to us) speaks of his uncertainty and general unreadiness. So much of the story is conveyed through the visual comparison of Jon’s awkward adolescence with the adult, earned confidence of Nightwing, as shown through the latter’s louche, rakish stance.

The dialogue is pure Taylor-brand joy. These are male characters, bastions of a healthier brand of masculinity than the kind possessed by their fathers, who are expressing both their own vulnerabilities and also the flat-out beautiful care they have for each other. This is the kind of story I want my son to read when he is older: tales of another way to be. The fact that these are queer men, the sons of straight heroes (who have endured at least some of the negative effects of toxic masculinity) makes the story even better. My little bisexual heart is beating so fast.

It’s difficult to say more without spoiling anything, but trust me, this is a story that you are going to want to pick up.

This issue is packed with swashbuckling action, scintillating dialogue, and a whole lot of heart. I cannot recommend it highly enough.