Superman & The Authority #3: Faster Paced Than A Speeding Bullet 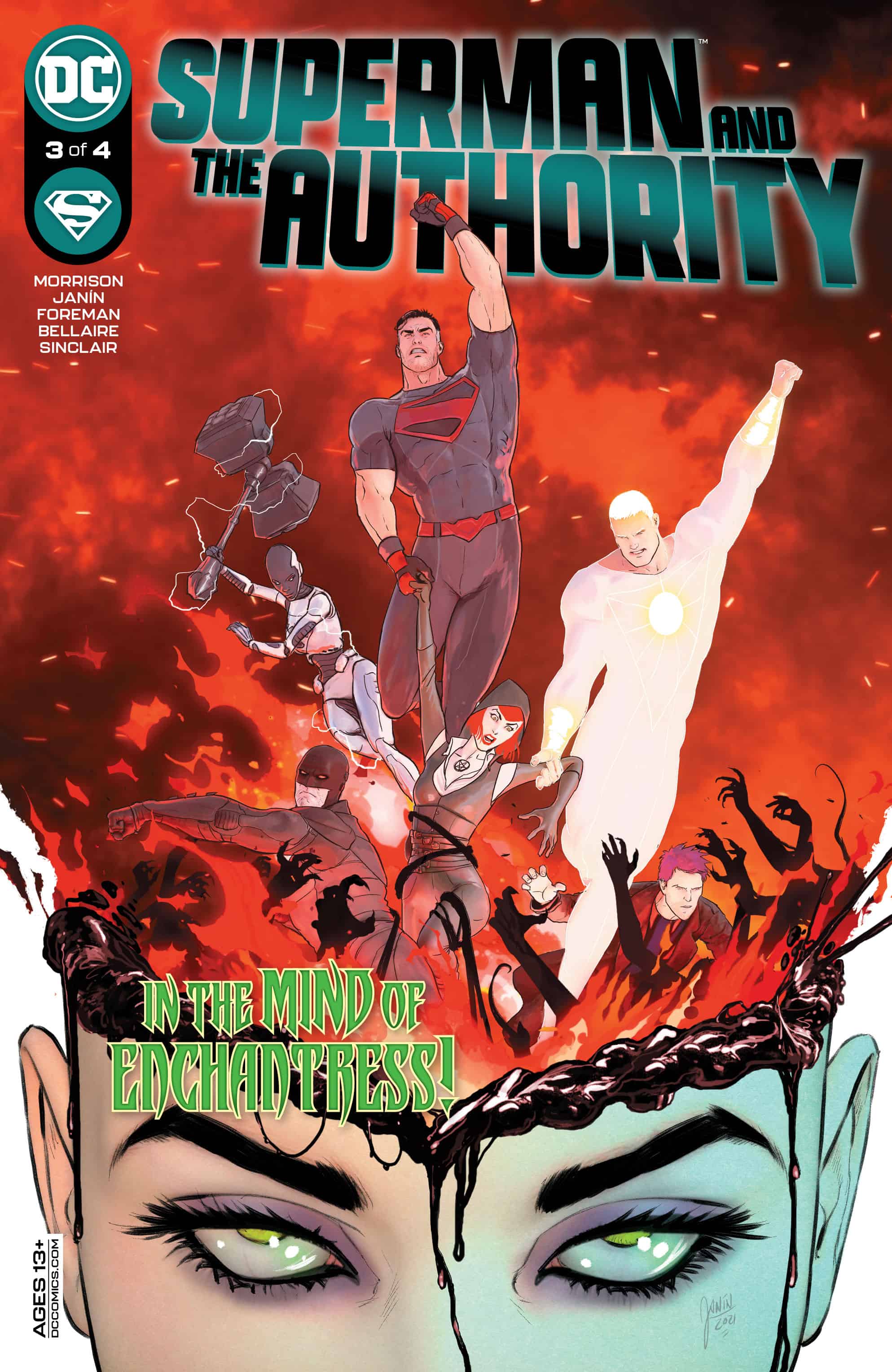 The Ultra-Humanite is forming a team of his own, one designed to go fist-to-fist with the Authority. It will be their baptism in battle to prove if Superman is right that regardless of who we are, there is a hero lurking inside even the worst of us. This penultimate issue is an important chapter in the new Superman mythos, helping to set up where Clark Kent goes next…and who he goes there with.

Superman isn’t one to wallow in indulgent self-pity. He’s not made for brooding. He’s not made for paralyzing angst.When Superman is on the page, it means he’s here to take action, not stew in his emotions for several pages before something happens. An action comic book demands action, forward motion across panels, no time to waste, no decompressed narratives to spread across twelve issues a story that could take two.
Issue #3 moves things right up to the very end, ending on a well-worn cliffhanger, but it’s more interesting to see how it gets there.
Morrison doesn’t believe in anti-heroes, or someone being beyond help. June Moone breaking out of her own private hell is assisted by Superman and Manchester Black, convincing her that she made it and she can break it. There’s no use for cynicism on Superman’s Authority, no use for disbelieving your own potential. In order to be yourself, you have to be all of it, and embrace it, warts and all. Purity is a relative concept, something that can be achieved, rather than being inborn.
The opening sequence of the issue describes the process of coming to terms with yourself in a compact and forceful way. Neither Superman nor Morrison have time for cynicism or nihilism, no matter how cool they looked in the 00’s with a leather jacket.
From there, the issue becomes another sequence of table-setting scenes, this time getting ready for the finale issue smackdown.
And that’s where this pretty-decent series falters a bit: every issue has been hobbled somewhat by the constraints of the format. Limiting the mini to four issues prevents things from getting time to breathe, letting their implications sink in, or just contribute to the greater context of the series. The book is paced at a breakneck speed, and for that reason, it’s not given much time to truly engage with its bigger questions. The lack of space to develop can make the issue, and the series so far, difficult to connect with.
Every insight made, every critique lobbed at the past, every worthy comment on the potential of Supermam or the Authority—it all gets mentioned and discarded in order to preserve forward momentum
For sure, it makes for thrilling reading. Every issue rolls by at a frustratingly fast clip, with just enough to latch on to for pondering afterwards. But now, it’s straining to stay coherent or say anything relevant, in plot and theme. It’s riding the line between breathless and exhausting, and we won’t know which line it falls on until the conclusion.
None of that is the fault of the art. Travel Foreman, Mikel Janin, Alex Sinclair, and Jordie Bellaire turn in great work—Foreman’s in particular stands out here, pulling off a very strong John Cassaday look which is definitely not an accident. Janin’s art maintains a modernized Quitely-esque roundness with the same kinetic force in his action scenes.
But that can’t truly save the issue on its own. Morrison has packed too much into the series, and isn’t leaving time to connect or engage now. It’s not that they’ve lost the plot, it feels more like they haven’t found it yet, and it’s almost time to close it out.

It’s well-illustrated and fast-paced, much more than necessary. In trying to pack more plot into a smaller space, it loses the nuance that the beginning hinted at.

Superman & The Authority #3: Faster Paced Than A Speeding Bullet